'India is Secular and Will Remain that Way, Even After We Have Left this World'

'In the longer run it will hurt everyone'

PATNA: Salma Khatoon has never ever gone out for any public rallies or protests, but seeing what has happened on university campuses and the overall scenario in the country, she could no longer sit at home. “Maybe it wasn’t our children who were beaten and brutalised at JNU and Jamia, but they were still somebody’s kids, and we can’t sit and wait for something like that to happen to our kids, that’s why we sit here,” she says.

It’s been more than ten days since the protests started in Sabzibagh. Women from around the locality join the dharna when they can and sit out in the cold. Salma Noori, who has been part of the protest since it began, says “I come from Kankarbagh every day, I cook for the family, take my medicines and come here.” 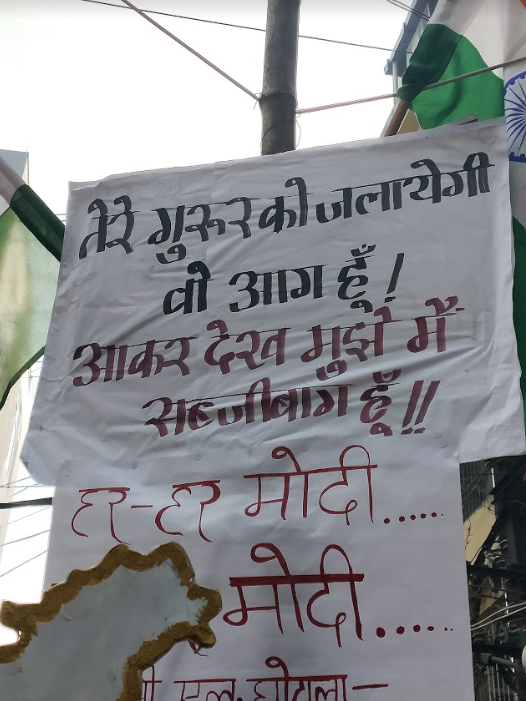 Many women also take turns within their family to balance household chores with protesting. “In the morning when I come here, my daughter and daughter-in-law look after the home. Then in the evening when I go back, they come here and I look after the home, but we all make sure that we sit in and take part in the protests,” says Noor Jahan, who has also been protesting for the last ten days.

Much is said about how protestors don’t even know what they are protesting for, or have been misinformed. The women at Sabzibagh completely disagree. “We understand what is going on, and we know that it’s not only about Muslims, in the longer run it will hurt everyone,” says Noori. 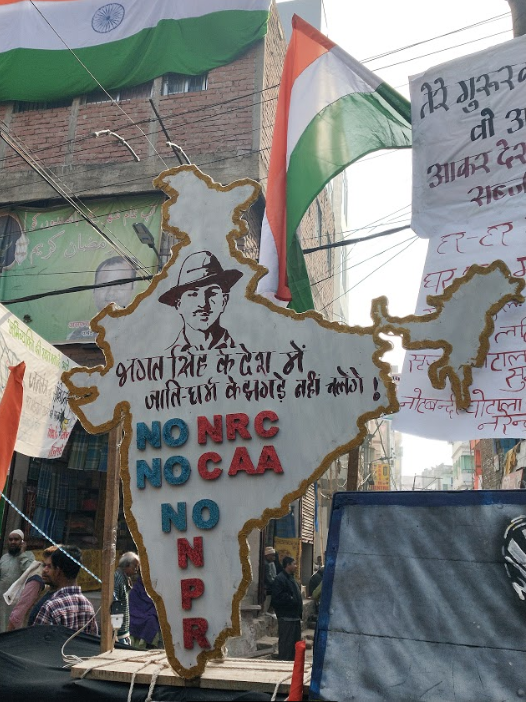 For Salma Khatoon, who has joined protests for more than a month now, “It’s not about us or any individual, it is about our Constitution, and I’m here to protect it.” She says she has kept her household work and other responsibilities at stake to be part of this. “India is secular, and will remain that way even after we have left this world,” she adds.

Recent allegations that the protestors at Shaheen Bagh in New Delhi are “paid protestors” have also made these women wary of the media. “It shows that what they’ve been doing for years: they think we do the same. Earlier we would feel about news like this that the government was stating the truth, but now we know that’s not the case!” Salma Khatoon exclaims.

Pained by the media’s portrayal, Noori adds “It’s sad to see how the media, instead of understanding our plight, tries to discredit our movement.” She further states that if the protestors are being paid, “they should try to pay us more money and make us stop, we won’t.”

Noor Jahan agrees: “This rumour that’s been going on that we are being paid is absolute rubbish. We sit here all day without proper food, all these assertions by the media anger me.” Their lack of trust in the press could also be gauged by their constant questioning of what I was going to do with their quotes, whether I was going to spin it a certain way.

The demonstrators emphasise that it is out of dire need that they have come out on the streets. Daziya, who was at the protests with her little girl, says, “My girl studies and her schoolwork is also getting affected, but we are still here, because this is more important.”

Noori tells The Citizen she has been suffering from illness and the doctor has advised her to take rest, but says she comes and sits here after taking her medicines. “One day I forgot to take my medicines, so my husband came and gave me them. But it wouldn’t stop me from coming here.”

They say they are not afraid of police action any more, and while their protest has continued without any such incidents, they are prepared to endure anything. “We are ready to take bullets even, kill us once and for all, but don’t do it through a slow and painful process,” says Noori.

“I am not afraid of anyone, and no matter what happens I will continue the protest,” Jahan tells The Citizen.

The women are looking to the courts with hope. “I hope the Supreme Court will give us our justice, because this is not about Hindus and Muslims, it is about our Constitution.” In any case, Noori thinks the struggle of the people will not go in vain: “I hope all the efforts and blessings of all these people will work. I believe the tears of so many mothers will not be treated with injustice.”