The Mauryans remain shrouded in mystery

Can the daughter of a military commander of a far foreign land marry an Indian king who is Vishpurush – poison man?

The most sensible answer to this very interesting note of interrogation may be an emphatic No, but just the contrary took place in one case.

The woman in question, her father a Macedonian and mother an Iranian, married the Vishpurush some 2,300 years ago in Pataliputra, today’s Patna in Bihar.

Very strange! Is it not?

Her real-life character, however, was a very dominant female character in those ancient days.

Helena was teen-aged when she married Sandrocottos: as the Greeks called Chandragupta Maurya, ruler of the Magadh Empire.

Taking place in 305 BCE, it was the first Indo-Grecian political marriage in the subcontinent.

It was a most turbulent time of history, when the Vishkanyas or poison maidens ruled the diplomatic, political scenario here.

On a still moonlit night as you walk along the ancient ruins of Kumhrar, Bulandibagh or the ancient ghats of the river Ganga in today’s Patna, you perhaps will have the eerie feeling of making an imaginary rendezvous with Helena.

In doing so, a swarm of questions come to life.

It was at Kumhrar that the palace of Chandragupta Maurya once stood. Helena, naturally, would have been there walking under the mango groves with her retinue of dasis: maids meant to serve her.

Incidentally, she brought with her a troupe of women from Persia and Babylon to Pataliputra. Who knows many of these ladies might have married the local people?

Though the Mauryan era had many mysterious characters, Helena perhaps is the mysterious-most. What happened to her after the death of Chandragupta Maurya remains shrouded in mystery. Her history is being researched upon not only in India but in other countries too.

Not only Indians but people of Khyber Pakhtunkhwa in Pakistan and Europeans are taking keen interest at her. Let us begin the story with Pakistan. 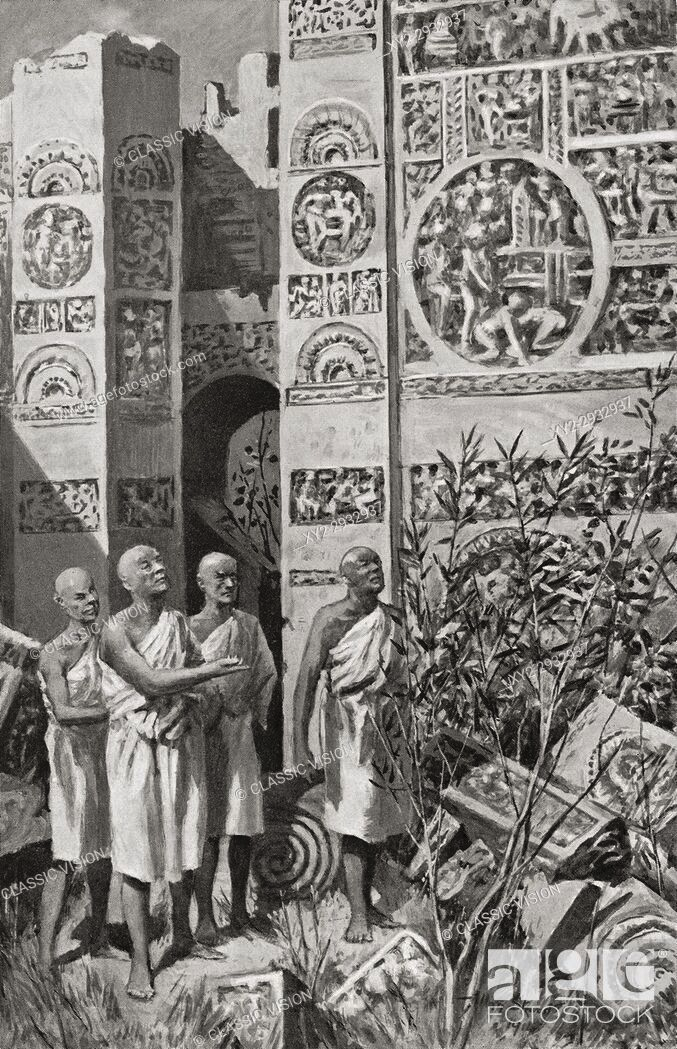 Faxian imagined in the ruins of Ashoka’s palace

Since Chanakya was a teacher in Taxila and Chandragupta Maurya is believed to have first seen Helena somewhere near Khyber Pakhtunkhwa, they have become subjects of interest to historians of Pakistan. There was also a plan to open an university in the name of Chanakya, believed to be a son of the soil of Taxila.

In fact, the activities of Alexander, Seleukos Nikator whose daughter Helena was, Chanakya and Chandragupta were initially confined to the North West Frontier Province of undivided India. This is the province of Khyber Pakhtunkhwa, dotted with historical relics of these characters today.

Curiosity about Helena is also seen at the Uppsala University of Sweden, which is going to intensify research on the people of Malana and Kanashi villages in Himachal Pradesh, who claim to be of Macedonian origin, thus perhaps the progeny of our beloved Mauryan Empress.

It is believed that some soldiers of Alexander the Great did not return to Greece in 326 BCE but stayed back in present-day Himachal.

Another fact full of suspense is that Helena belonged to the age when Vishkanyas and Vishpurush were a storied feature of the subcontinent and Asia. Her own husband Chandragupta Maurya may have been a Vishpurush.

It is in this backdrop that the celluloid world of Bollywood is showing keen interest in the ancient Mauryan emperors and their wives, including Helena and of course, Chanakya.

Like Helena, her Sandrocottus too was a mystery man. Can you imagine a mighty emperor ending his life by fasting under the tradition of Jain religion? But he did just that. He died of starvation around the age of 56, not the age to die painfully.

Like them, the seniormost minister of the Magadh Empire, Chanakya or Kautilya too is wrapped up in a bundle of mysteries. Just imagine, this Acharya or scholar came to Pataliputra all the way from Taxila to topple the Nanda dynasty in Pataliputra and did it!

More we know about Helena, Chandragupta and Chanakya, the more curious we become. Their lives were so extraordinary that even after 2,300 long years they amaze us. They still live among us! 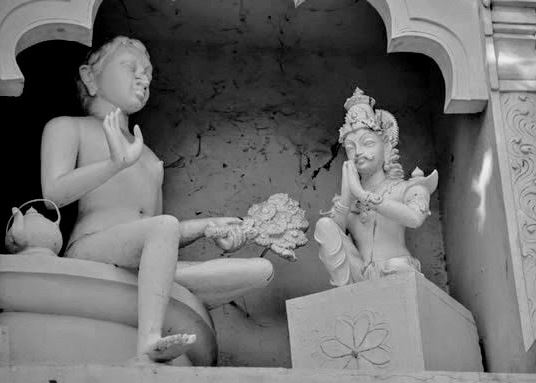 History does not say if Helena was immune to poison or a Vishkanya. But Chandragupta, her husband, was. She was born in the very strange era of poison men and women which today’s generation cannot even imagine.

Daughter of Seleukos Nikator, the Commander-in-Chief of Alexander the Great and ruling Emperor of Persia and his Persian wife, Helena was believed to be around 15 or 16 when she married Chandragupta who was around 39 then.

We do not have an authentic historical record of the marriage but quasi-historical materials point to the fact that Chandragupta had fallen for Helena due to her beauty, and Helena too fell in love with him at the first very sight.

It all happened on the bank of the Jhelum river in an area that now is in Pakistan.

As their alliance happened after a war treaty, so mostly it is written that ‘the marriage’ was a political alliance between the two states, but a few back the view that they were already in love.

Whatever it was, this marriage undoubtedly was the subcontinent’s first intercontinental political marriage.

But how could a father marry his daughter to a man knowing full well that he was a Vishpurush? Was Helena also a Vishkanya? History is mute here. But in her time, it is said Vishkanyas were there in Persia, Mesopotamia and Babylonia.

Another strange fact is that we do not know what she looked like. We know how her father Seleukos Nikator looked as there are coins that represent him distinctly clear. We have stone sculptures that show Chandragupta Maurya. We can have a rough idea about his looks. But nothing is there to know how Helena looked.

Emperors in those days would mint coins after marriage with their wife. But Chandragupta did not do so.

Historical records do not speak much of Helena but ancient chronicles do say she became well-versed in the system of Magadh or today’s Bihar and wielded massive influence in the corridors of power of the Mauryan Empire.

Helena, however, had a son who believed to have returned to Macedonia with her. Megasthenes, the Macedonian Ambassador to Pataliputra, also wrote in his book Indica that Helena had a son but did not say much about him.

It is believed Helena’s son’s name was Justin. But Justin is not a traditional Macedonian or Grecian name. Essentially, it sounds Roman. But Helena was Greek, and a Grecian would never name her son after Roman traditions.

Another mystery about Helena is that nothing practically is heard of her after she went to Macedonia. Why? Again there is a big question mark.