Everything has turned black and white in the DJ industry, with nightclubs & bars shut down; it’s a hard time for the artists, organizers, and performers who are struggling to survive the pandemic.

“Unfortunately this year, there’s not much happening due to Covid-19, and DJ was one of the worst hit,” shares DJ Alina Liubina. “We are seeing a big impact on events and on the music industry. We can’t gather in large groups for festivals any more.”

Gigging is the first source of income for artists, as selling music online doesn’t bring the same income compared to gig fees. “No one has any idea when this is going to end. We hope for the best, nothing more we can do it right now,” says Liubina.

All event bookings were cancelled starting from March, deeply affecting the music industry, as all the artists’ earnings were impacted substantially.

The pandemic has also affected the hotel industry very badly. A lot of DJs have been left without enough money to pay their bills. “Things got really worse with clubs closing down permanently,” says DJ Ayush Jaiswal.

Even before the coronavirus, things were not much easier for women though.

A mother and a DJ, Liubina says, “Till yesterday, female DJ artists have not been prevalent, but now I see the welcoming change. I think it always pleasures people to see a woman DJ playing on the console. Also, female DJs are getting much better than the male counterparts, because we have good taste in music.”

She calls India a patriarchal society. Asked about the risks of being a female DJ in a male dominated industry she says, “A DJ’s job is a risk you take, although the reward we get is worse than expected.”

When asked the same, DJ Dhruv says “Though people consider this industry as a male dominated one, there are numerous female DJs who are doing extremely well and have already established their name in the industry”.

DJ Amit Gupta echoes the point, “Today, despite being a male dominated line, women are flourishing in the DJ business. Especially in night clubs, female DJs are more in number. In fact, it feels good to see female DJs doing pretty well. Now they’ve become a crucial part of the industry”.

We ask three women DJs. According to Nida Chakraborty, “It’s understood that DJ is a male domineering line of business; but we are way less in number. Not because we don’t have opportunities, but due to lack of interest in the field. Moreover, irrespective of the gender we all have been affected the same way.” 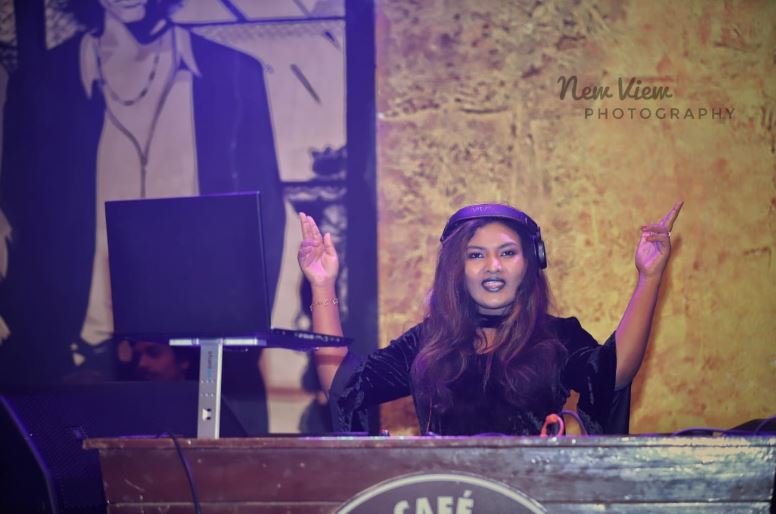 “It’s very important to know how to work with the crowd in our industry,” says Curl, a Hyderabadi DJ who started her career when she was 13. “Most of the time we are affected compared to the male counterparts when it comes to bookings for festivals & events. In the case of event bookings the male to female ratio for DJs would be 1:10.”

“Gender has nothing to do with it. It didn’t obstruct my work and people believed in my talent,” says DJ Smokey.

And a male DJ Ayush Jaiswal replies, “Both male and females are equally affected but each has their own story. For the fact, this profession has nothing to with gender. It’s completely based on your abilities and talent. Also, people come to this business line only when they are really passionate about music and DJ-ing”.

Okay, let’s not forget about the other pain point, which is common to every industry: income disparity. No matter their talent, sometimes, misogyny takes the upper hand, leading to income difference between male and female DJs.

Nida Chakraborty recalls, “I decided to go with this profession because of the love for the art and the belief of making it happen. Understandably, there might be hassles at the time of paying bills, but we have to hustle, as this profession demands the most of it”.

For the Mumbai based DJ Dorika, who also started her career recently, “In every professional career, women face difficulties when it comes to promotions or at the work place. This doesn’t mean we have to sit at home and do nothing. If you desire to do something, go for it”.

“Mostly female DJ’s work for their passion,” says Curl. “Even some popular female DJs will be paid more than male counterparts.”

In fact, says DJ Liubina, “looking at the flip side of the coin, in our business, women are making more money than men. Always remember, everything depends on your professionalism and popularity.”

But DJ Curl counters that. “Popularity and experience do count more in the industry. It’s understood that, in the DJ business line, women are less in number than men. And there is a taboo that female DJs earn more than male DJs, which isn’t true at all. It all depends upon skills, experience, and crowd maintenance.”

For DJ Smokey, who used to be a Bollywood dancer, “Earning wouldn’t be an issue because, as an artist, we all have the ability to be financially strong and successful like anyone else.” 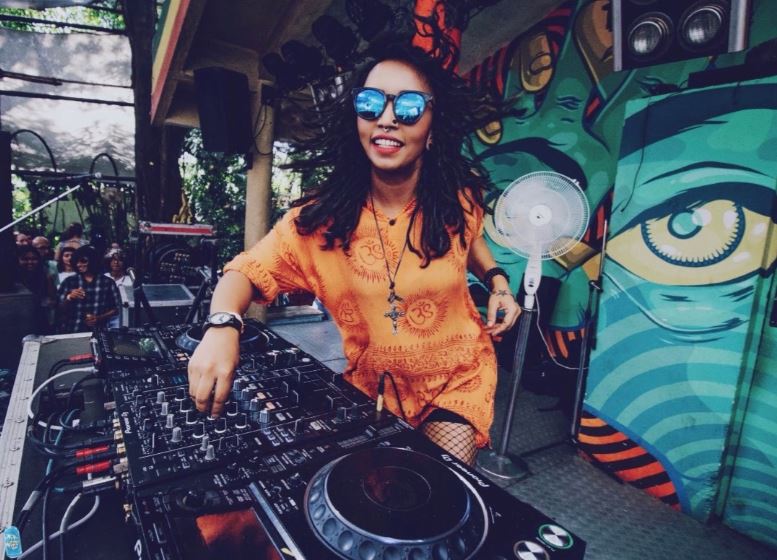 Calling DJing a “man’s world”, DJ Dorika says it depends on your skills, music choices and “off-course, the right contacts”.

Male DJs Dhruv and Amit Gupta said, “There’s no fixed number. It all depends on the quantity of shows one does monthly or annually. Comparatively, for the same kind of job, I feel women DJs are paid more since they are few in number and more in demand.”

The safety of women remains a point of concern, as in every business. Women DJs often need to travel far and work late nights in restaurants and clubs.

DJ Liubina, born in Russia and based in Goa, says “Thanks to this motherland, India, one of the safest countries for woman with domineering Hindu religion when compared to Latin American countries. I never faced any issues with my career here.”

“The industry doesn’t look as shady as you think, and I had good organizers & curators in my past who were amazing for me,” says DJ Nida.

DJ Dorika agrees, “Clubs are giving their complete possible support to women DJs, but at the end, it’s we who need to protect ourselves and be safe.”

“Clubs do have bouncers to take care of security concerns, but working late nights would be a huge problem that we female DJs need to face,” says DJ Curl.