“It has been six months since I read any book. My school closed in March and I have not been able to study after that,” said 14-year-old Keerti Yadav. She went to the mango orchards with her mother to pluck mangoes in the last week of June.

“My mother was not working at that time. Now she has gone back to working as a domestic help and I do the chores at home,” she said. The family has only one multimedia phone and her brother uses it for his online classes.

Ever since unlock was announced in the state of Uttar Pradesh, 14-year-old Keerti Yadav started to go to the fields with her mother to help her in agricultural work. Keerti Yadav is a resident of Shravasti district in Uttar Pradesh. Keerti had written her class VIII examinations in March before her school was closed, following the nationwide lockdown to prevent the spread of COVID-19.

Girls like Keerti Yadav in the rural parts of Shravasti district have had to stop attending online classes since boys get to use the mobile phones at home. This is widening the female literacy gap further.

In his village, Bhanu Yadav has a little tea-and-snacks shop that he has taken on a rent of Rs 1,000 per month. Beside this, the family owns a land where they grow some lentils and vegetables. “We own around 500 square feet of land in the village, next to our house. But, we barely get any extra vegetables to be sold. It just suffices us four,” he said.

“We have two daughters and a son. The eldest daughter is married and lives in Banares. Our younger children Keerti and Rohit live with us,” Bhanu Yadav, Keerti’s father, told VillageSquare.in. Rohit is the youngest of his children.

“They were both enrolled in private schools before the lockdown. But now the situation and our condition do not allow us to educate both of them. I could enroll only my son after taking a loan from my relative,” said Bhanu Yadav.

Following the central government’s order of keeping the educational institutes closed to prevent the spread of COVID-19, schools and colleges began conducting online classes with the use of smart phones and computers. However, there have been no measures to arrange for alternatives for those students who do not have access to any, resulting in an educational gap amongst the girls, especially in rural areas.

Worldwide, 200 million more men than women have access to the internet, and women are 21% less likely to have a mobile, according to a study on gender and access to technology. 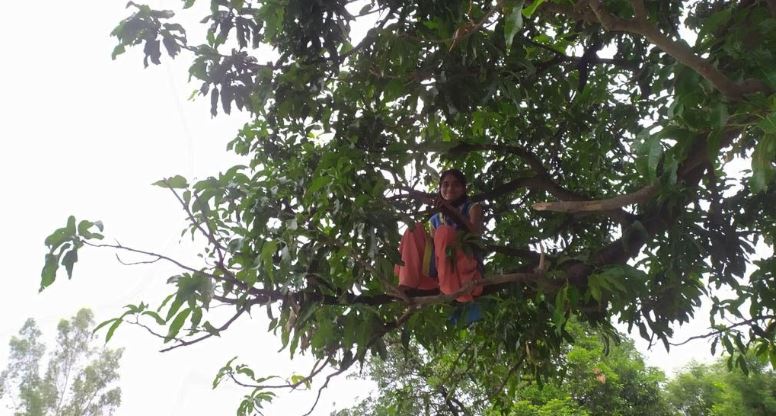 Parents of teens like Vaishnavi Yadav have put a stop to their studies. Closure of schools means early marriage for girls like her (Photo by Jigyasa Mishra)

The situation is more alarming for the girls as it points towards increased dropout rates and early marriages. According to Census 2011, the district Shravasti in Uttar Pradesh has the sixth lowest female literacy rate in India, with 25.5% of girls aged 10-17 already married.

Vaishnavi Yadav has decided to discontinue her studies as suggested by her family. “I completed my high school this March. I did it from the government girls’ college and had to take admission in class XI,” she said.

Vaishnavi’s parents are tailors. 16-year-old Vaishnavi is the eldest of her two younger sisters and a brother. “But now we have decided that I will stop my studies. Anyway, my parents will get me married in two years,” she said.

Not being able to go to school has raised yet another problem for the girls, other than losing out on education. Paused mid-day meal facility due to closure of schools, the students do not get nutritious food. Government school students who used to get lentils and vegetables as part of mid-day meal in schools, are now getting only rice or roti for meals at home.

“We eat either roti with onions or potatoes, or rice with dal on good days. We used to get different kind of vegetables and khichdi in school. I want to go back to school,” said Vaishnavi’s younger sister Gudiya. Gudiya is a 8-year-old girl, unable to comprehend why her school has been closed for so long.

In a press release from UNICEF, South Asia, Jim Ackers, the regional education adviser was quoted saying, “We are concerned that prolonged school closures could hit girls and the most vulnerable, including those with disabilities, the hardest. Girls are often obliged to take care of household chores and look after siblings.”

“We are also concerned about the psychological impact on children of increasing incidents of domestic violence during lockdowns,”Ackers had added. 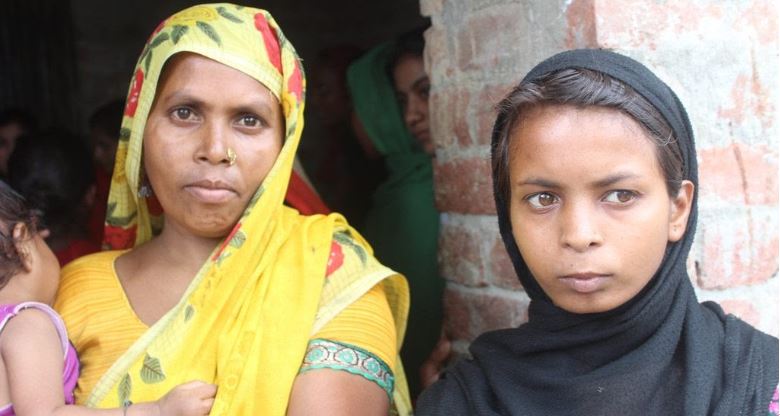 Anju Solanki (13) has not been able to attend a single online class regardless of two notices from her school. “Her teacher visited us to inform that now they would be sending Anju’s home works on phone and asked for our phone number,” Ramabai, her mother,added.

“We gave the phone number but we do not have any multimedia phone to give our kids. We will see that they study once the school reopens,” said Ramabai Solanki. “We are struggling to make ends meet. In this condition, we cannot prioritize her studies and buy a new phone.”

Ramabai Solanki (41) sells vegetables in the nearby town. She lost her husband in a road accident around five years ago and now lives with her two children and mother. She is the only earning member of the family now.

“Their father left us with no money. I know government school has no fees but what about the books, the uniform and other stuff?” said Ramabai Solanki. “I want her to study but I cannot afford this online class and extra expenses. Why can’t the government help poor children like ours?”

Jigyasa Mishra is a writer based out of Rajasthan and Uttar Pradesh. Views are personal.