It is a massive programme. Over a thousand villages across India will hold a Prerna Sabha (inspirational gathering) on October 14, the day on which Babasaheb Ambedkar embraced Buddhism in 1956. Primarily it will be Gujarat, but villages from UP and other states will join this mammoth mobilisation.

Common people will offer their shraddhanjali to the 19 year old Dalit girl who was gang raped and strangled in Boolgarhi village of Hathras and who finally succumbed to her injuries a fortnight later at Delhi’s Safdarjung Hospital.

After her death her body was denied the basic right of a human being, a respectable funeral by the authorities. She was hurriedly cremated in the dead of night while her mother begged them to let her bring her daughters corpse in the house so they could conduct the last rites. Her mother and aunt prostrated themselves before the jeep where her body lay, begging the police to allow them to apply “haldi-tilak” to her body, a last plea for an essential religious rite.

Martin Macwan Dalit rights activist and ideologue, founder of the Gujarat-based Navsarjan Trust, said, “On this day people will apply a haldi tilak on the poster that carries the impressionistic image of the victim, whose face, held in her hands, is wrapped in flames and smoke.”

Haldi tilak will be applied all over the banner image. This image is the work of a young artist Shiraz Husain from Khwaab Tanha Collective. Shiraz like many young women and men, across religion, caste and class, expressed his anguish by creating the image wrapped in flames.

‘This will be a mark of respect towards the Hathras teenage girl, who became a victim of upper caste violence’, Macwan said, adding that the event will be the fulfilment of her family’s last wish to apply haldi to their child.

When I spoke to Martin, he explained the program. “All participants will donate a pinch of Haldi powder which will be collected by volunteers. All collections will the be consolidated in a single bin. It would then be handed over to the chief minister of Uttar Pradesh with the expectation that it will immersed in Ganga. The symbolic immersion will signal the fact that the state with a Yogi as CM did not respect the religious rites of Dalit victim.”

Marin Macwan asked whether the last wish was not respected because she was a Dalit? Were the mortal remains of rape victim hurriedly burnt by the state to destroy the crucial evidence required by the law.”

In contrast, the Government of India in 2010, 2012, 2013 respected the last wish of the four Nirbhaya convicts, the terrorists Afzal Guru and Ajmal Kasab. They ensured that their mortal remains were cremated/buried according to their religious belief.”

‘And the Hathras victim?’ She was neither a rapist-killer nor a terrorist. She was a victim first, a victim last. Uttar Pradesh, the seat of civilisation it ruined its image forever by committing the first-of-its-kind violation by any state of India – to deny religious rites to a citizen who was a Dalit, a victim, a teenager. Today people across the world hang their heads in shame at this example of human debasement.

I offer one prayer this moment; that this sacrifice and its commemoration on Oct 14 may herald a new dawn. As Sahir Ludhianvi wrote

Meanwhile The Citizen interviewed Martin Macwan to learn more about this initiative. Excerpts from the interview: 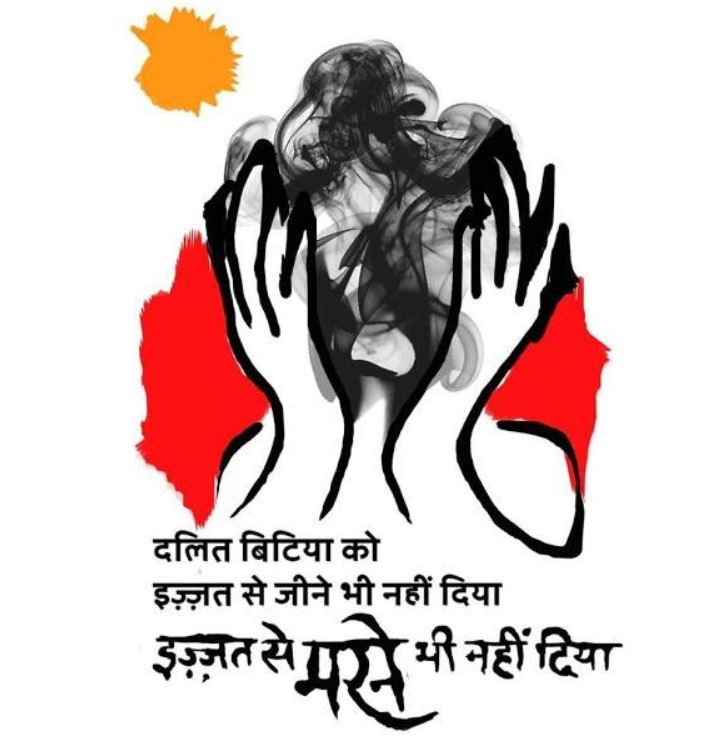