A new system for youth safety proposed by Madhya Pradesh Chief Minister Shivraj Singh Chouhan has shocked many. Recently, The Indian Express reported that CM Chouhan—while inaugurating an awareness campaign for crimes against women on January 11—suggested a system where women who move out of their homes for work will be required to register with a local police station and will be “tracked for her safety”.

A clarification later by the Chief Minister’s Office (CMO) added that young men moving out of the state for work would be required to register themselves as well.

According to the report, the CM proposed the new system while addressing the issue of women’s safety and missing girls in the state. He added that a helpline number will be provided for women in distress and also announced compulsory installation of panic buttons in public transportation. CM Chouhan further supported raising the minimum age for marriage for women from 18 to 21.

Talk of registration and “tracking” triggered a debate around privacy and women’s autonomy on social media platforms. Despite the CMO’s clarification on Wednesday that the new system would be put in place for the security of both men and women, Twitter users highlighted how the onus for women’s safety is yet again, being placed on the women themselves. 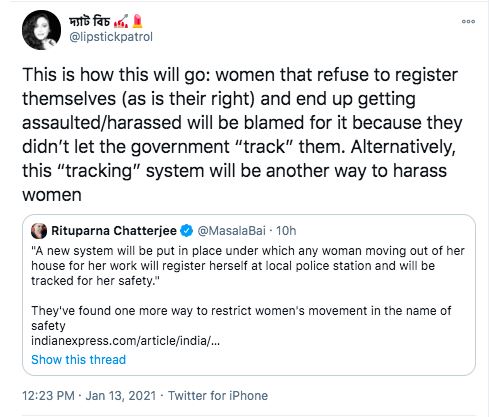 “They don’t want independent women… They think women have no faculty, women have no thinking powers and they should be controlled either by the family or by the in-laws,” social activist and human rights campaigner Shabnam Hashmi told The Citizen.

“Why does she have to register at the police station? This is basically curbing women’s sexuality and women’s autonomy. There is nothing else than that in any new legislation or new systems they are bringing in,” Hashmi said.

“You have Aarogya Setu, you have UID and now one more tracking system,” stated Enakshi Ganguly, child rights activist and Co-founder of HAQ: Centre for Child Rights. “Every time, it is not a change in the ecosystem that is measured. The solutions that are always offered are on curbing individual liberty. Why is the ecosystem not being worked on?” she asked.

Facing backlash, the CMO issued a statement that the system was for the safety of both men and women who leave the state for work and that the intent was not to track or place restrictions on them. “The one and only objective is to ensure security of our youth and the system will be for the benefit of both men and women,” read the CMO’s statement, as reported by The Indian Express.

“The state will have all information about the medium through which our sons and daughters go outside, and the nature of work for which they are being taken. The youth, in turn, will also have information on whom they can get in touch with first if they are in distress,” the statement said. The system will reportedly be put in place by the home department in consultation with various other departments. 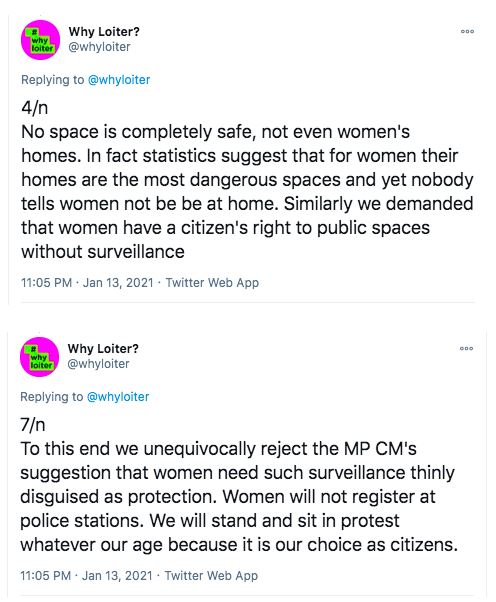 While inaugurating the awareness campaign ‘Samman’ in Bhopal, CM Chouhan also said, “I feel that the marriage age of daughters should be increased from 18 to 21 years. I want to make this a matter of debate, and the country and the state should reflect on this.” The minimum age for marriage is currently 18 for girls and 21 for boys.

Prime Minister Narendra Modi, in his 2020 Independence Day speech had suggested the same and a ten-member task force, headed by Jaya Jaitly, was set up to this effect.

The committee, formed in June 2020 by the Ministry of Women and Child Development, was to submit suggestions by examining correlations between age of marriage and motherhood in terms of health and nutrition and key parameters such as the Maternal Mortality Rate (MMR) and Total Fertility Rate (TFR) among others.

However, civil society organisations, women and child rights activists and academics had flagged various issues with raising the minimum age for marriage. A coalition of organisations and individuals working with children, adolescents and women made evidence-backed submissions to the Task Force, advocating against raising the legal age for marriage as it would not further the cause of gender equality nor improve the health of mothers and infants.

Highlighting that there is no correlation between minimum age for marriage and women’s safety, Ganguly told the Citizen that raising the age limit would only serve to criminalise people.

“The victims of crime against women and girls are as young as a few days and a few months old and they are as old as 40-50, even older women. So how does age of marriage have anything to do with it? You are increasing criminalisation and not ensuring behaviour change,” she said.

The rate of underage marriages in India fell from 47 percent to 27 percent between 2006 and 2016. It is estimated that around 1.5 million girls get married before the age of 18 across the country.

Meanwhile, the coalition, in their submissions to the Task Force, highlighted that as per the National Family Health Survey-4 (2015-16) data, out of women aged between 20-24 years, only 6.6 percent were married below 15 years (young adolescents), while 20.2 percent were married between 15-17 years (late adolescence). As such, the age for marriage was already rising, with lesser instances of child marriages being reported.

In a memorandum to the task force, the coalition stated that if the legal age for marriage is raised to 21 years, around 56 percent of women (aged between 20-24 at the time of the NFHS-4) who married below the age limit, “would be turned into criminals overnight” along with their families. This proportion is significantly higher, reaching 75 percent, among the poorest 20 percent of the population.

“Instead if it was equality they were looking at, 18 is the age when you sign a contract, when you drive, when you vote, when you finish school. So 18 should be the (legal) age (for marriage). Why take it to 21?” Ganguly asked, further adding, “There is always this notion, this illusion that the government keeps creating that they are doing something. And what is the easiest thing to do, is to change a law.”

“It will affect adversely because as it is, young people who are marrying on their own are attacked constantly,” Hashmi told The Citizen. “And this will further impact the autonomy of women. If at 18 people can vote, then they can also decide to get married if they want to. There is an option, nobody is forcing people to get married at 18 but pushing it beyond that is going to be counter-productive,” she said.

A national report ‘Young Voices’, which surveyed around 2500 adolescents across 15 states was submitted to the Task Force in July 2020, in which the youth highlighted how poverty, agency, educational and employment opportunities affect them most and explained that “increasing the age of marriage will either harm; or have no impact by itself unless the root causes of women’s disempowerment are addressed.”

Ganguly explained that early marriages are determined by either social norms or a lack of options for the young who want to “have a relationship with somebody but cannot do it unless they are married.” The ‘Young Voices’ report too highlighted limited opportunities for girls to study and fear among families that girls may develop relationships of their own choice, as primary reasons for early or child marriages.

According to the report submitted to the Task Force, many young girls and women spoke of a serious lack of autonomy when it comes to making decisions about their own reproductive health and rights, along with immense pressure from community norms, families, and partners.

“A law like this which criminalises and penalises can be used as a tool for victimisation,” she said. The surveyed youth, in the report, highlighted the pros of incentivising late marriages as opposed to criminalising early marriages.

“As long as marriage is seen to be the only goal for every girl and the only way she can ensure her safety and can be seen as settled… then marriage will remain the main focus. And as long as marriage remains the main focus, whether it is at 18 or at 21, girls and boys will see that as the institution that gives them the scope to be together. And parents will continue to invest only in creating an environment in which their daughters can get married,” she said.

Ganguly emphasised the need for creating additional support for girls and young women in the form of education and employment opportunities, actionable safety measures and facilitating changes in attitudes.

“We have to ask why is it that marriage is seen to be the only solution for girls? We need to question patriarchy… Nobody is questioning the socialisation or the way the institution of marriage is built,” she said.

Advocating investments in education and employment as opposed to “one-time solutions” such as raising the legal age for marriage for women or systems that “curb individual liberties,” Ganguly told The Citizen, “It is not about feminism. It is about creating an ecosystem in which women feel that they can make decisions for themselves and can stand up and speak up.” 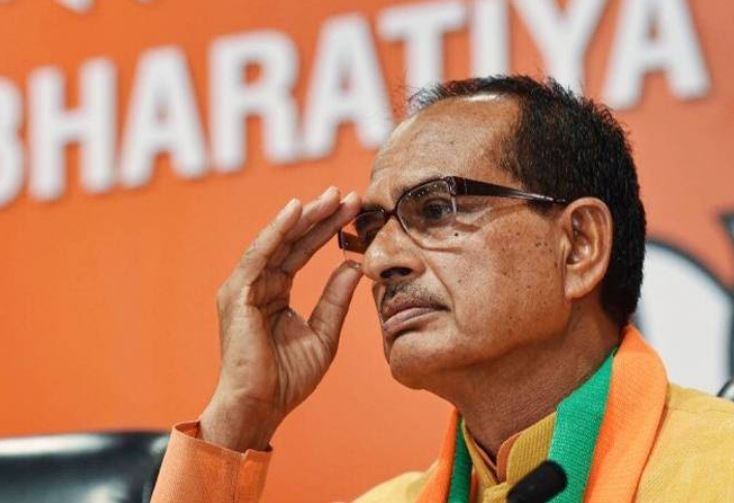