People who are transgender have been turned into a medically and socially vulnerable group who face numerous health disparities. As the coronavirus outbreak brings acute mental distress to many specific groups of people raising international health concerns, trans people too face unprecedented difficulties in their bodily and social well being, along with difficulties in accessing health care, which have placed a tremendous burden on them.

Even before the pandemic there were many cisgender hurdles to trans people accessing health care: such as a dearth of specialised health professionals. As a result, very few transgender individuals received general medical care, hormone interventions, or gender affirmation surgeries, especially in low and middle income societies.

Sidelined by society, the inequalities imposed on transgender people by legislation or rules based on “the gender binary”, or by other social aspects, have increased their risk of infection, disease and mortality during the COVID19 crisis.

Most hospitals in India and many other countries, in trying to prevent the potential overload of health systems by patients of COVID19, have postponed, cancelled or simply stopped providing elective procedures to save their inadequate resources.

This has made it even more difficult for trans people to approach doctors for general medical care, HIV treatment, hormone interventions or gender affirming surgeries.

In India the lockdown left people who are trans at greatly increased risk of poverty and ill health: because they are made to exist on society’s margins, often earning a livelihood through sex work or begging work.

According to a social worker at the Tata Institute of Social Sciences, Mumbai who wished not to be named:

“It is a grim reality seen in India, as though a number of NGOs and corporates were seeing feeding the poor on the streets, distributing masks and other essential things, India’s third gender “hijras” have been largely overlooked. From any sector or community, no organised help was coming to them. The transgender people do not get help or assistance from their family members or any help from society.”

And according to a hijra-transgender person from Hyderabad who declined to be named:

“We do not have the social privilege of operating within a distant online world when we know our lives are precariously balanced on the thread of social interaction and functions. Only our trans community members have helped each other during this global health calamity.”

As the health and well being of the Trans community has suffered decades of institutional neglect, the pandemic has especially intensified their suffering.

“Many of my community members don’t get called to a childbirth event now, or to a marriage ceremony after the coronavirus outbreak, and we are left with no choice. Due to this loss our community members are at health risk because of increasing hunger and poverty,” said Rani, a trans woman.

There are many challenges which Trans community members face during the pandemic, and a few of them are very critical.

Most measures introduced by our governments and assemblies have focused on women, senior citizens, and people with disabilities. They do not address the needs of LGBTQI individuals.

It was found that a lot of trans people are living with HIV, which leads to their being immunocompromised. As such they need special care at this point. While anti-retroviral therapy (ART) centres are currently open and dispensing medicines, there may be a lack of doctors. And with public transport systems brought to a halt, people living with HIV were not able to access the hospitals where they were registered for treatment.

Trans people undergoing hormone replacement therapy (HRT) were unable to access their doses, or pharmacists who were ready to administer the hormone injections.

It was also reported that Trans activists demand separate quarantine wards for the community as currently wards are segregated under “the gender binary”, causing them further problems and trauma.

There were a few cases in Delhi and other Indian cities where discrimination and stigma were perpetrated on Trans persons trying to access health services.

In a few instances, doctors refused to give Trans women a prescription for a COVID19 test in public hospitals.

A trans woman from Mumbai was reported to have been kept in a “male” ward when admitted to hospital for treatment.

Cisgender society also spread rumours in Bangalore claiming that Trans individuals and Hijras were the “main carriers” of the new coronavirus.

According to a Trans activist in Bangalore who asked not to be named:

“At many hospitals, the constant misgendering we faced at the hands of healthcare professionals was very traumatising, and this trauma has only worsened during COVID19, when frontline health workers were found not to have been sensitised to trans health.

“To escape this trauma, some Trans women have resorted to unscientific castration, leading to urinary tract infections and kidney related problems.”

Significantly, there are also subsection differences in transgender individuals’ physical and mental health needs. According to a physician based in Mumbai:

“During the pandemic transgender women have faced additional health problems compared with transgender men. To prevent harmful consequences caused by barriers to healthcare when resources are limited, governments should try to implement urgent solutions to guarantee general medical care, prescription supply, such as hormones, and provide remote online physician counselling for transgender individuals.”

In response to the ongoing health emergency, it is proposed that governments and the commercial sector should keenly consider the unprecedented difficulties and conditions imposed on Trans people, and implement corrective strategies to serve this group marginalised by cisnormative society.

This may include addressing the humiliation, stigma and other issues that make trans people more vulnerable to health hazards, extending equal rights and legal protections to transgender individuals, and revising the medical curriculum to include a chapter on transgender health. 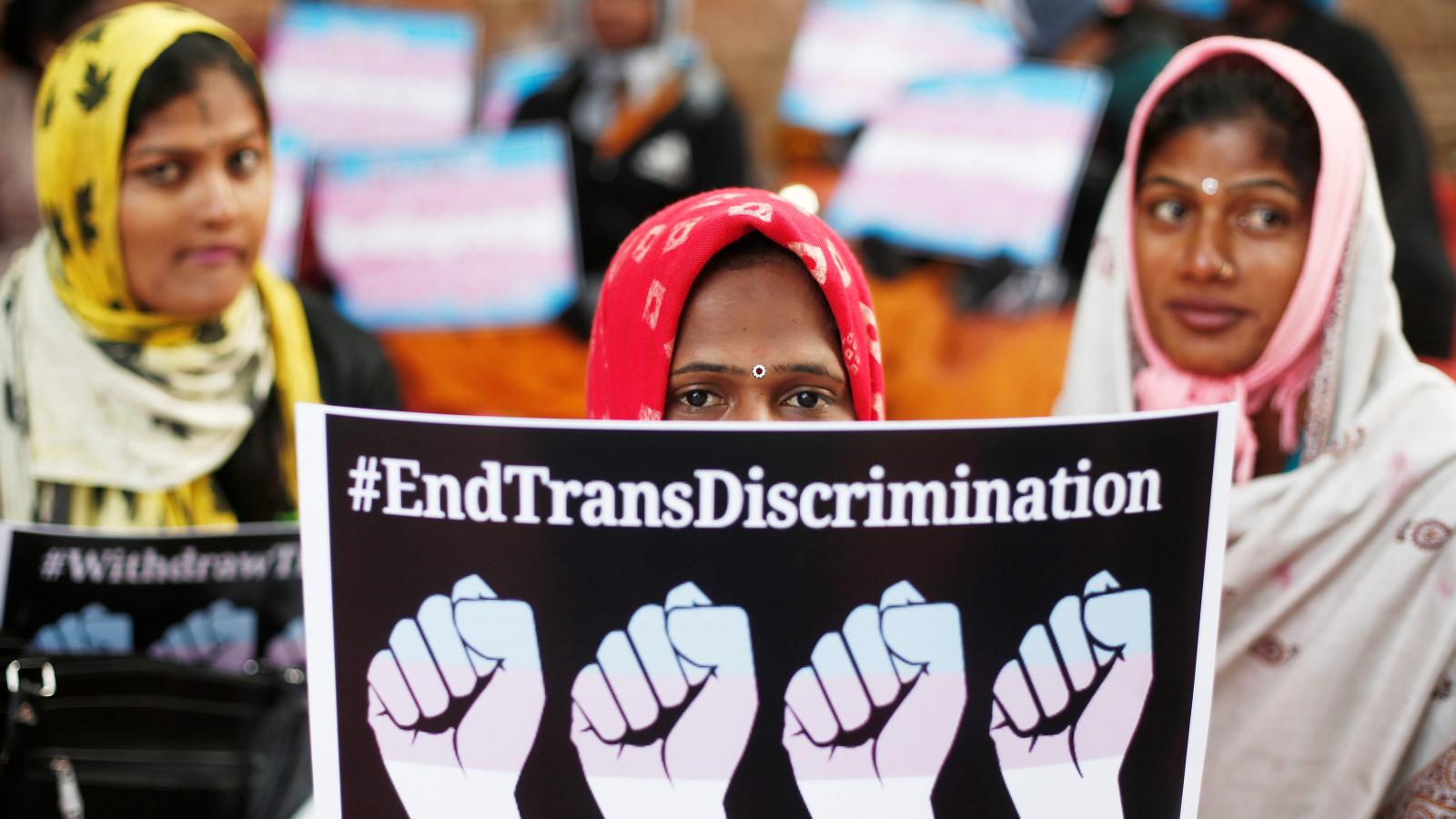