Women’s Tolerance Has a Limit

Supreme Court Chief Justice Sharad Arvind Bobde in a hearing on a rape case asked the accused whether he was ready to marry the victim he had raped. He did not ask the rape victim whether she would agree to marry her rapist.

The alleged rapist, Mohit Subhash Chavan, engineer in the Maharashtra State Electric Supply was charged under POCSO for raping a girl, then 16, repeatedly for ten to twelve days, tying her hands and feet, stuffing her mouth with cloth, threatening her of pouring acid into her mouth, burning her to death and murdering her father and brother if she opened her mouth. The girl is reported to have tried to kill herself following the incident.

The Bombay High Court refused to grant anticipatory bail to the accused following which, his lawyer appealed to the Supreme Court. In the midst of the hearing, the Chief Justice asked the accused whether he would marry the victim adding that he should not complain later that the court had forced him to marry.

The lawyer intervened to inform that Chavan was a married man so it was not possible for him to marry a second time. All this happened as if the victim did not exist, so her opinion was not important.

This is to draw attention to the protection and honour of women in our country which is forever at stake. Why? Not only because we have never learnt to respect our women but most importantly, women have never learnt to respect themselves. We, as girls who grow up to be women, have internalised the oppression, torture, humiliation and insult to such a degree that we do not even realise that we are being treated worse than a street dog.

For every case of domestic violence that is reported, there are hundreds that go unreported because from childhood, we are taught that women need to “adjust”, “accommodate”, “sacrifice”, “tolerate” and remain “silent” as that is the duty and responsibility of being a woman. We prefer to live in dysfunctional families stitched together like a patchwork quilt rather than go in for divorce in a marriage that is dead for all practical purposes and that treats the woman like shit.

According to the Fourth National Health Survey, one out of three married women are victims of domestic violence. Sexual torture of married women at the hands of their husbands is 17 times more than sexual harassment in other places. Around 7500 women in India die every year because of dowry demands which often crosses Indian borders for NRI couples. According to the National Crime Bureau 2019, one out of four married women is tortured, insulted, harassed and oppressed by her family members. India occupies a very low rung in the ladder of domestic violence in the world.

If even Rama could ask Sita to prove her chastity to appease his subjects, what can one say of ordinary men who have been brought up by their tortured and insulted mothers and internalised violence having seen their fathers perpetrate it on the women in the family. And the women have lived on, not even trying to find an exit because “that is not done” their mothers and grandmothers have taught them.

A report from a Family Support Organisation states that India has the lowest percentage of divorce in the world – 1% of all marriages in 2017. This is significant because while the rate of divorce across the world has risen by 251% from 1960, India sees only 13 divorces for every 1000 marriages. If this sounds like a happily-ever-after story, it is not, because in no way does this reflect the degree, intensity and frequency of domestic violence women are subjected to every day, week, month.

One reason is because in India, marriage is a social institution not necessarily born of personal choice. The phrase “social institution” stands for the respective families of the bride and groom being the unofficial guardians of the married couple specially the husband’s family.

Marriages in India are not necessarily born out of love, like they show in the movies or we read in fairy tales. So, marriage originating in patriarchy implies that the husband’s family calls the shots – whether the wife should continue to work/study, what clothes she should wear at home or in pubic, what food items she needs to give up because that is what the new family does not eat, what kind of speech she should use with whom, including when and where should she sleep, alone or with her husband.

How can any marriage flourish in these cage-like circumstances? I have heard women claim that their husbands had the right to bash them up because they were their “lords.” And that it was their duty to remain silent.

Few women go in for divorce firstly because they have nowhere to go to. The parents will turn them away as they have other girls to be married or a son cannot tolerate a separated sister in the home forever.

Secondly, they have “motherhood” so deeply embedded in their mindsets that leaving the children behind, for them, is worse than dying.

Thirdly, they lack the financial resources to run a separate establishment, with or without children.

Fourthly, divorce or separation is a stigma for Indian women across the board which narrows down their prospects of a job, makes it difficult to open a bank account, schools are wary of admitting children of single mothers and the social ostracism because they have walked out.

Fifthly, is the rigmarole of fighting a court case, having to pay the lawyer, attend hearings in person and then, even if the decision goes for her, the husband stops paying maintenance after the first few months which will push her to file another case.

The one percent statistic of women getting a divorce is not to be taken as their voice of protest against violence but because the violence has become so extreme that it could lead to the death of the victim. When a woman approaches a divorce lawyer, this person keeps persuading her to think over her decision.

Is it because the lawyer is sympathetic to her condition? Or, because he/she knows the troubles she will face when divorced? No, the objection is because the client is a woman and not a man who is expected to keep moving and living and breathing in the violence, come what may. This is probably why Bollywood films almost always show a woman lawyer sympathetic to her client’s case, often, because she herself is a divorcee, a single mother, or both.

Contemporary research points out that Indian women still lag far behind men because of the dominance of patriarchy and also because they feel they are socioeconomically far behind the men. This can be seen from the 2011 population figures which say that while India had 32 lakh divorced women as against 15 lakh divorced men!

How can this be? This can happen because divorced men get married soon after while divorced women, specially when they faced domestic violence in marriage, are hesitant to marry a second time. It is difficult for them to leave the continuous trauma of their past lives behind to take the risk of marrying again. When and how will we learn to respect ourselves and demand respect from those we live with, children included? 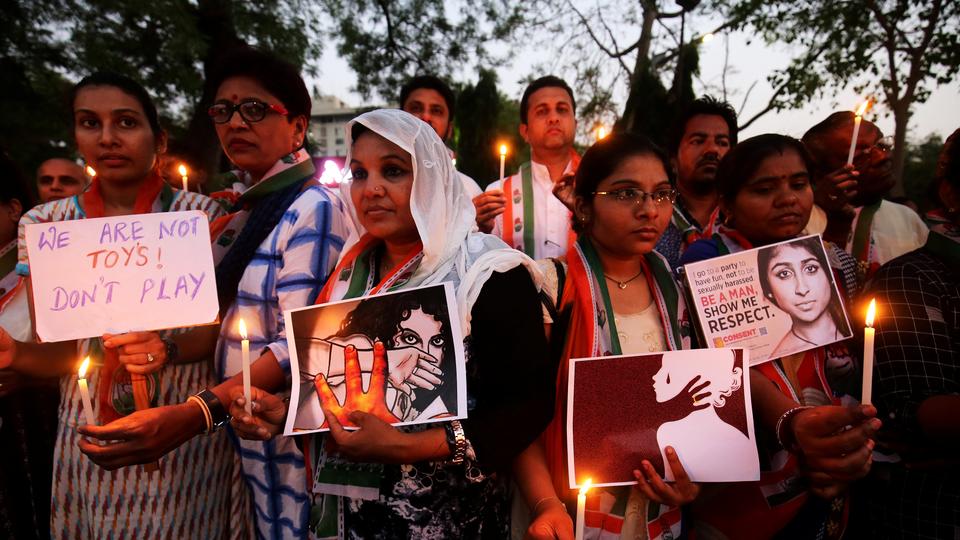