At the protests the menfolk cook, clean and sweep as well

One defining feature of the ongoing farmers’ movement is hard to miss: the sea of yellow chunnis worn by Punjabi women. How come this predominantly male movement has earned such participation of women?

The participation of women in social-cultural movements is not new to India. In ancient times Gargi and Maitreyi challenged Brahmanical philosophic postulates intellectually and were threatened with beheading. In medieval times there were powerful women like Noorjahan, and Razia Sultana, who proved to be a wiser queen than many kings.

In modern times the freedom struggle saw leading women like Rani Chenamma of Kitur, Lakshmi Bai/ Jhalkari Bai, or Begum Hazrat Mahal fighting against the East India Company. In the twentieth century itself, women like Annie Besant or Sarojini Naidu proved their mettle in leading the Congress party and its mass struggles.

Women were active in revolutionary movements as well. From Bibi Gulab Kaur in the Ghadar party to Durga Bhabhi in the movement led by Bhagat Singh, to Preetilata Vadedar and Kalpna Dutt in the Chittagong movement.

Lado Rani Zutshi, a close relation of Jawaharlal Nehru and three of her four daughters - Janak Kumari, Manmohini and Shyama - went to jail in protest against the conviction of Bhagat Singh, Rajguru and Sukhdev. 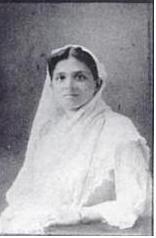 Manmohini Zutshi Sahgal, who later became an academician of repute, was the first president of the Lahore Students Union, linked to Bhagat Singh.

At the call of Mahatma Gandhi during many satyagrahas or non-cooperation mass movements, women like Shivrani Devi, author and wife of Prem Chand, or poet Subhadra Kumari Chauhan went to jail.

Mahatma Gandhi depended more upon his women followers/ disciples during his crucial struggles. During the worst Hindu-Muslim communal clashes he depended on Bibi Amtus Salam in Bengal and Sushila Nayyar in Punjab to douse the burning flames of communal hatred.

Amtus Salam observed 21 days’ fast with Mahatma Gandhi in Noakhali in early 1947. Even when Gandhi returned to Delhi she continued to camp there, even after Partition, as did Sushila Nayyar in Wah - both in Pakistan after 15 August 1947 - and did not return till Gandhi asked them to come back! 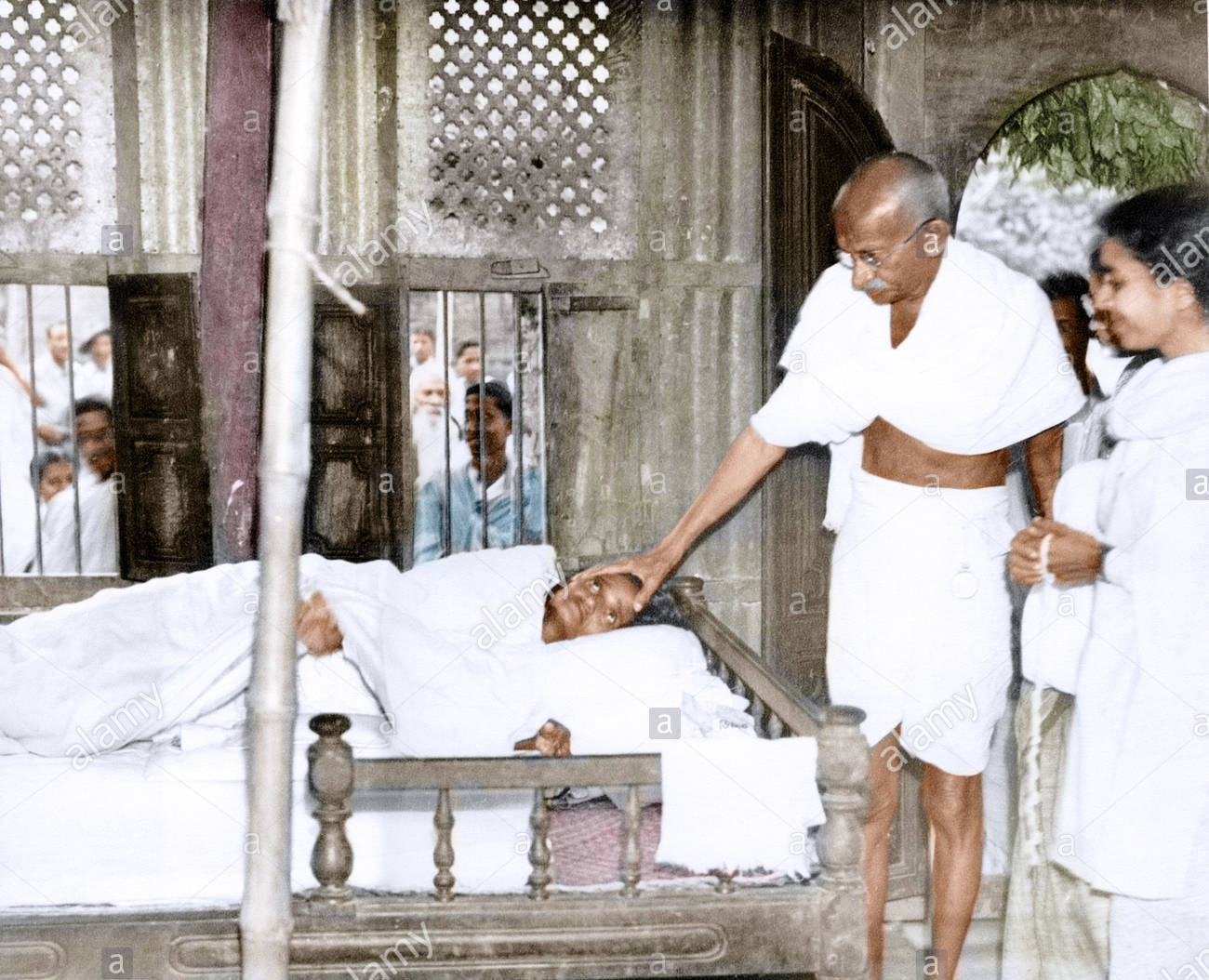 Amtus Salam was daughter of the Pathan aristocrat Abdul Majd Khan of Patiala in Punjab. She was not sent to school because of purdah, which she discarded in 1925. She became so close to Mahatma Gandhi that Gandhi would address her as daughter. When in 1947 her brothers went over to Pakistan, while Amtus Salam was camping in Noakhali, she protested asking why Gandhi had allowed them to leave for Pakistan.

Alone of her family, she decided to stay back and set up a Kasturba Seva Mandir in Rajpura, a town specially built to accommodate refugees from Pakistan. She remained involved in bringing back a number of women left behind in Pakistan, together with Rameshwari Nehru and Lajjawati Hooja. She helped refugees from Bahawalpur settle down in Rajpura and approached Nehru directly asking him to help the refugees, when faced with troubles.

Amtus Salam lived a spartan life of self-sacrifice, despite her aristocratic family background and high position in the Congress party as permanent invitee to the All India Congress Committee Jail Reforms Report of 1980-83. She passed away on 29 September 1985, unnoticed and unsung. 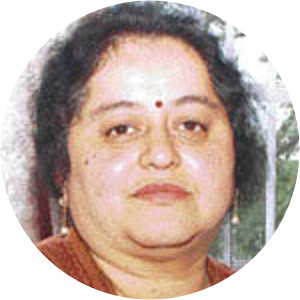 More recently, Bilkis Bano made history at Shaheeen Bagh at the age of 82 years, when she led a totally peaceful Gandhian movement against the Citizenship Amendment Act against minorities.

A simple nonpolitical woman with a sense of justice, she continued to lead a peaceful mass dharna mostly of women, most of them from Muslim families, in Delhi for a hundred days. The dharna or sit-in spread to many other areas of Delhi and other cities like Kolkata, Bangalore, Mumbai, Ahmedabad, Malerkotla etc. At the Kolkata Park Circus dharna too, a single woman named Asmat Jamil led the movement longer than in Delhi. 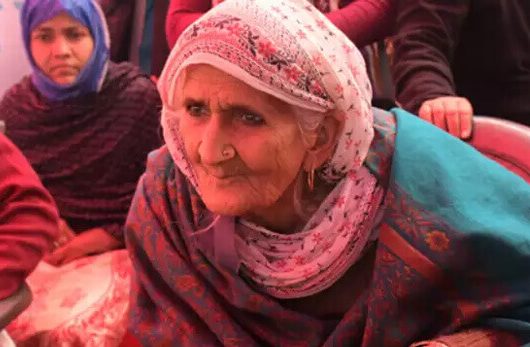 The defining feature of this movement against the CAA, NPR, NRC was that it was the first movement in Indian history to be led by Muslim women. It brought a refreshing change in the attitude of men, who extended not only moral but physical support, like taking care of household chores while women held the fort at the protest site.

These were demolished by Delhi police wielding the excuse of Covid-19. Time magazine named Bilkis Bano among the hundred most influential personalities of the year 2020.

Ironically, another Bilkis Bano, from Gujarat, had a year earlier also made the news by getting justice from the Supreme Court, for the brutalities perpetrated on her like rape and the beating to death of her children before her by criminal goons during the 2002 Gujarat killings.

Now Punjab farmers’ unions are at the borders of Delhi since 26 November 2020, to protest against three laws they say are “black” anti-farmer laws. Farmers had been protesting in Punjab from June 2020 itself, when the ordinances were passed, and the agitation grew after Parliament passed them as laws without following proper procedure.

In Punjab the farmers’ movement has become strong in the last many years and there are more than 30 farmer organisations. The participation of women in the Punjab farmers movement is substantial for many years - not only to join protests, but at the level of leadership as well.

There are 400+ farmers organisations under the umbrella of Sanyukat Kisan Morcha (SKM) from all over the country. 32 organizations from Punjab are actively participating under the SKM banner, while two more – the Bhartiya Kisan Union (Ugrahan) led by Joginder Singh Ugrahan and the Kisan-Mazdur Sangharsh Committee led by Satnam Pannu – both work in close coordination with SKM to build this massive movement.

Many of the Punjab organisations have women cadre and leadership, which is reflected in the large participation of women from children to women 90 years of age in the over four months of this dharna. Women not only cook or take care of children there, they address the rallies, maintain accounts, conduct the stage.

All the duties are shared equally by men and women participating in this long drawn out struggle. The menfolk cook, clean and sweep as well. All participants from different religions, castes, regions and social status, stay together, cook together and eat together. This is remarkable in an Indian society hierarchically divided by caste, religion, status, age, sex, gender.

There are a number of women leaders among the farmers, like Jasvir Kaur Natt and her daughter Navkiran Natt, Parmjit Kaur Pitho, Balbir Kaur Advocate, Amarjit Hardaspur, Harinder Kaur Bindu and many more.

Bindu is the daughter of once Naujwan Bharat Sabha activist Megh Raj Bhagtuana, who was killed in a brutal attack by Khalistanis in Sewewala village near Bathinda on 9 April 1991.

The Naujwan Bharat Sabha was holding a mass meeting and cultural programme at the village, staging plays by Gursharn Singh and revolutionary songs. A Khalistani group attacked the gathering killing 18 people on the spot, including Megh Raj Bhagtuana, who bravely followed the gang, and was shot dead.

Bindu was just 13 years old at the time and was told by her father not to cry even if he were killed. So, after three decades Bindu, has taken over the cause for which her father gave his life. She is a mass organiser and brings thousands of women to the protests with her mass appeal. 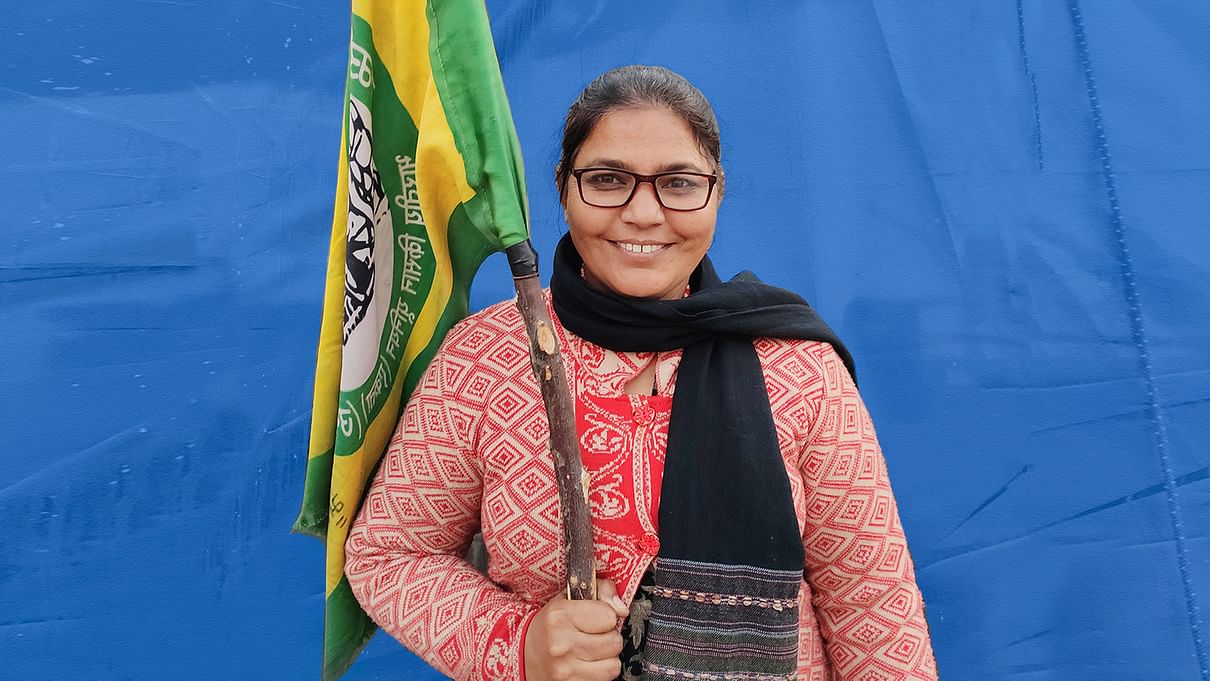 For the Women’s Day celebration at the Tikri border, where the BKU-Ugrahan group has had a massive presence since first day, its women wing led by Harinder Bindu rallied more than 50,000 women, and with more women from other organisations, the gathering from Punjab alone was more than 70,000 at the Tikri border.

If one accounts for the Singhu and Ghazipur borders, the total presence of women to mark Women’s Day on March 8 by the farmers’ movement exceeded one lakh twenty thousand people.

Harinder Kaur Bindu is proud of her legacy, but angry at farmers being called Khalistanis or urban Naxals or tukde tukde gang. And women in the farmers’ movement are determined to stay on till the final victory!

Like movements before the freedom struggle or like those led by Shaheen Bagh, the ongoing farmers’ mass movement has also liberated women and brought more equality among genders, which no law brings in practice. And of course, the movement is much strengthened by the leading role and massive participation of women farmers and women workers in the struggle.