‘Do not google too much, seek a proper consultation’

With the second wave of COVID-19 hitting the country, people are again being pushed into a state of uncertainties and anxieties. There have been numerous reports on how coping with COVID-19 has caused panic leading to increased stress.

Along with many other consequences, severe stress can seriously impact a woman’s reproductive and menstrual health, leading to long-term health conditions. One such problem exacerbated by stress is Polycystic Ovarian Syndrome, generally referred to as PCOS.

PCOS is a hormonal disorder affecting women of reproductive age. Common symptoms include infrequent or prolonged menstrual periods, acne and excessive hair growth. It affects the ovaries and leads to hormonal imbalances instigated by the production of male hormones called androgens. Reports suggest that cases of PCOS have been escalating all over the world.

Experts agree that one of the most important reasons behind this is the changing nature of the lifestyle adopted by women. According to Dr Aakriti Gupta, a gynecologist and IVF specialist at SMIH Dehradun, “Women are switching to junk food and fast food while leaving the traditional diet. Plus, there is a lot of sedentary work involved.”

She explains that improper diet clubbed with a sedentary lifestyle has a negative influence on a woman’s hormonal profile. The impact of PCOS goes beyond just having irregular or painful cycles, acne, facial hair, or weight gain. Its psychological impact is also prevalent in women dealing with this disorder.

Yashasvi Pandit, a postgraduate student of political science at Delhi University has been suffering from PCOS for the last two years. She discusses how PCOS resulted in more mental stress for her. “It constantly made me feel as if my body was not functioning properly. This added to my stress, thereby also affecting my work.”

Pandit is one of many women who struggle to deal with the emotional toll PCOS takes on their mental health. Arshita Singh, a postgraduate student in gender studies at the Tata Institute of Social Sciences, Hyderabad, shares how she had to deal with constant body shaming and even with insensitive comments like being called ‘barren’.

“I have lost confidence and this breaks you emotionally too,” says Singh, who has been suffering from Polycystic Ovarian Disorder (PCOD) since 2017. Severe mood swings clubbed with delayed periods and weight gain have made it difficult for her to perform daily chores.

Having similar problems, Yaiphabi Mayanglambam, a postgraduate student hailing from Imphal, also says that her mental stress poses an imbalance in her daily activities as a student. “It leads to changes in my personality and lifestyle in an unappreciative way.”

Dr Gupta emphasises that our physical and mental health and our social life are correlated. Many women who have acne or excess facial hair also suffer from a negative body image and are often uncomfortable in social situations, leading to various inhibitions. People also subject them to negative comments and constant body shaming.

“This takes a toll on your mental health. Hence one suffers from anxiety, depression, and low mood,” says Dr Gupta.

Mayanglambam, who studies philosophy at Delhi University, has been suffering from PCOD for the last four years. She says that earlier she had no idea that the disorder goes beyond just having irregular periods or infertility.

Most women remain unaware of such lifestyle disorders. This can be attributed to the lack of proper education on reproductive and menstrual health. This shows the importance of having a curriculum that could introduce women to these disorders even before they are diagnosed with them. Pandit adds, “Awareness and inclusion about PCOS are as important as sex education and adolescent learning.”

Of the benefits of such education, Mayanglambam thinks that “when students are made aware of these issues from an early age, they can ultimately share their knowledge with others.” Besides, knowledge of the symptoms can help with early diagnosis. “The fact that some symptoms rarely exhibit externally is one of the causes why it goes unnoticed.”

Alka Poonia, a postgraduate student of electronic science from Kurukshetra University, shares that she got to know about this disorder from the internet after she started feeling some discomfort. Highlighting the importance of awareness and education, she suggests that health workers should also gain knowledge of these disorders and educate the women around them. She has been suffering from the disorder for the last three years.

Another reason to raise awareness about PCOS/PCOD is because myths abound. Singh says that while awareness has been increasing, people still do not get it right, and continue to associate the disorder with ‘infertility.’

Dr Gupta cites some myths associated with the disorder. “The belief that all women with obesity will have PCOS/PCOD is not true. Even patients who are underweight or normal weight can suffer from PCOS/PCOD.”

She explains that while 20-40% of women diagnosed with PCOS can suffer from infertility, not every patient will have difficulties conceiving a child.

While most schools do not educate girls about these disorders, there are alternate sources of information. According to Pandit, who hails from Bijnor, NGOs and awareness campaigns have been more reliable means of spreading the word in these times. Singh thinks these campaigns can go a long way. “Informing people about women’s menstrual health apart from their reproductive health is a way” to do this, she adds.

Another tool highly recommended by these women is social media. Dishani, a student based in Naihati, also suffers from the disorder. She believes that people affected by PCOS/PCOD should share their experiences online, which would help others. And that those with credible information must also use social media platforms to discuss this.

Dr Gupta mentions the support groups available on social media platforms like Facebook, Instagram, and YouTube for women to uplift them. While these groups have made things better, she feels there is still a lack of awareness: many people are taking medicines over the counter or oral contraceptive pills for a long time without a withdrawal plan, even when they might not need it.

Since PCOS is a lifestyle disorder, Dr Gupta thinks that stress relieving exercises such as yoga and meditation can help maintain a balance.

“My advice would be, do not google too much, find a reliable source and go to your gynecologist or adolescent health specialist so that they can explain what PCOS is and then receive proper guidance,” she says.

She stresses that one must refrain from jumping to conclusions based on a few symptoms, without a proper consultation. 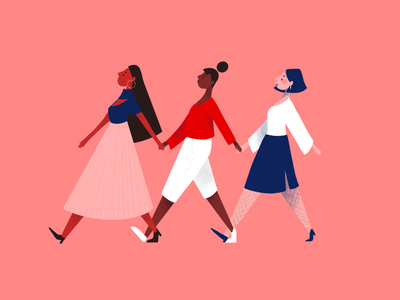