The statement voices out strong opposition to using Muslim women’s rights against the unprecedented onslaught of the rights of the Muslims under the Prime Minister Narendra Modi government.

On August 1, 2019, the Triple Talaq Bill, which criminalizes instant divorce by Muslim men to their wives, was enacted by the Parliament. On Saturday, the Union Ministry of Minority Affairs had announced that August 1 would be observed as Muslim Women's Rights Day to celebrate the second anniversary of the law.

The statement, signed by Farah Naqvi, Syeda Hameed, Kavita Krishnan, Nivedita Menon, Ayesha Kidwai and others, called the Triple Talaq law an abomination and has pointed out the systematic way in which constitutional rights of Muslims in India have been decimated in recent years.

“This government that has worked to ceaselessly one by one, decimate the constitutional rights of Muslims in India, now has the temerity to declare Muslim Women’s Rights Day on August 1. This, to celebrate its passage of its purportedly Anti-Triple Talaq law (Muslim Women (Protection of Rights on Marriage) Act, 2019), that claimed to protect Muslim women’s rights, but in reality, had a more sinister purpose – to show Muslim men their place in a new India. To tell them that they can be criminalized even in civil matters,” the statement read.

The statement has highlighted that the government remained silent when Muslims right to livelihood and Muslim women’s agency was being robbed.

“This government has remained silent as Muslims have been lynched, and its leaders have garlanded the lynchers. The BJP both at the centre and through its state governments, has determinedly “gone after” Muslims under myriad laws, both old, new and proposed - beef bans, anti-conversion, including the recent Uttar Pradesh Prohibition of Unlawful Religious Conversion Ordinance, 2020, and its proposed U.P. Population Control Bill. It has systematically tried to rob Muslims of their right to livelihood, and Muslim women of their agency,” said the statement.

The statement has also called out the government to release all the Muslim political prisoners, including Gulfisha Fatima, Ishrat Jahan, Umar Khalid, Sharjeel Imam and others, who are in jail for various offences.

Afreen Fatima, National Secretary of the Fraternity Movement and one of the signatories, in a conversation with The Citizen, said, “This is some sort of mockery that the government is trying to make out of Muslim women. We are constantly attacked because of our Muslim identity and the government think they can make it all go by giving us lollipops of Triple Talak Law, Musmi Women Right’s Day. We don’t want a day, we want our rights.”

Fatima was one of the individuals whose name and images were available on a site for sale under the “Sulli Deals”.

“Not a single person involved in Sulli Deals has been arrested and the government has the audacity to say we will give you a Muslim Women’s Rights Day,” Fatima added.

Apeksha Priyadarshani, part of the Bhagat Singh Ambedkar Students Organization, JNU, told The Citizen, “ The irony is not lost on any of us that the same regime whose footsoldiers openly call for raping Muslim women and lynching Muslim men in their public gatherings should be the ones talking about "Muslim women's rights".”

Apeksha, who was also one of the signatories, added, “The assertion of Muslim women, especially during the anti-CAA protests, has become a matter of international embarrassment for this regime as the world saw the Shaheen Baghs across India rise up to demand equal citizenship from this regime and discard the CAA-NPR-NRC combine, which sought to disenfranchise the very women whose rights they claim to be "celebrating" on this day.”

Kavita Krishnan, Secretary of the All India Progressive Women's Association, had also signed the petition.

“We should all be outraged by the cynical invocation of Muslim women’s rights by the Modi regime, which does not treat Muslims as equal citizens, which has passed a law to try to strip Muslims of their citizenship, which has uttered absolute filth against the Muslim women who were leading the movement against that law, whose supporters auction women online. They have never done anything for Muslim women,” Kavita Krishnan told The Citizen. 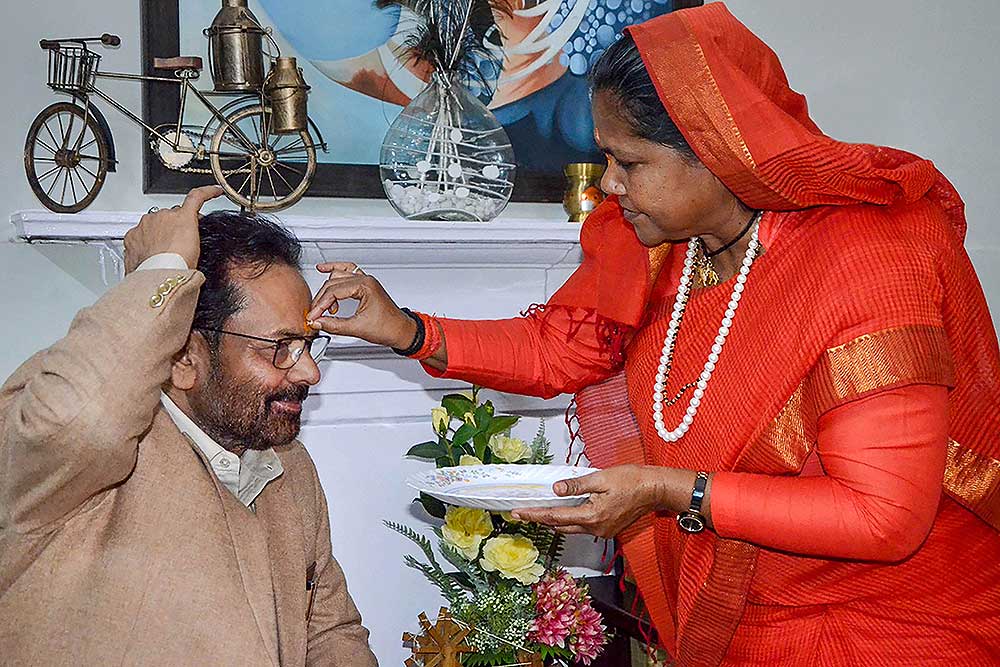