'Men Do Not Like to Take Orders from Women': Army Officers Approach Tribunal Against Discrimination

'Let the female officers decide what they do, you don't decide for them'

Officers in the Indian Army being denied permanent commission because they are women, even after the intervention of the Supreme Court, will approach the Armed Forces Tribunal against the prohibition. Of the 28 officers being denied commission 7 will challenge the order.

Women officers have sought legal recourse earlier and after intervening in the issue multiple times the Supreme Court has asked the officers to seek redress from the Tribunal.

“The army is not doing justice to women officers by not giving them permanent commission,” said an ex-army officer who wished to stay anonymous.

She said the reason women are being denied permanent commission is they would then gain a higher rank. “As she keeps going forward, there will be men under her, and men do not like to take orders from women.”

“I found that when officers have to take orders from me, it has to be patronised by other male officers. That hurts,” she told The Citizen.

“I am an officer, I am also taking a decision, just do it.”

She added, “Sometimes male officers also think that we can take a lady officer for granted or be funny with them or make cheap jokes.. I had to draw a line that no nonsense will be tolerated.”

Last year, after a Supreme Court ruling laid the ground for permanent commission for women officers in non-combat streams, the army set up a special selection board.

In March the Supreme Court ordered the army to grant permanent commission to all women short-commission officers who had scored at least 60% marks.

In July the army said that “the Women Officers were re-considered as per directions of the Hon’ble Supreme Court and fresh results have now been de-classified”. Consequently, “147 more Women Officers are being granted PC, taking the total PC granted to 424 out of the 615 officers considered.”

It said the results of some of the officers had been withheld for “administrative reasons”.

According to the officer, who served in the Kargil War, the argument that women did not get permanent commission because their performance wasn’t good enough is not valid as it only applies to some women, not all of them.

“The same should also be applied to men then. There were so many male officers when I was working who did not deserve to be there,” she said. According to Captain Santosh Yadav Dhiman, who served in the army seven years, the first batch of lady officers were inducted only in 1997 and all of them were made to join as short commission officers, “which means their engagement was just 5 years.”

Dhiman said that while the first and second batch of female officers never raised a question, the third batch decided to file a case against the discriminatory no-extension policy for female officers.

She said it was only to pacify this group of female officers that the army gave them an additional four years on top of the first ten.

“After 14 years, most officers want to continue this way of life and are not ready to join a new career. In order to get further extension they again filed the case for getting permanent commission in the army.

“This was the first time the female officers had sought legal protection against short commission. During that time, even though the navy and air force implemented permanent commission for women officers, the army did not.

“No policy was made that female officers will be given permanent commission even after serving over 20 years,” Dhiman said.

She said women officers were also left in the lurch about their pension. Even after the Supreme Court order, the actual number of women officers permanently commissioned was much lower than what the army had claimed.

“At present the 28 lady officers are satisfying all the criteria to get PC and they want to continue in the army, but they are not letting them continue,” she said. “The army should do away with these patriarchal standards by now. Let the female officers decide what they do, you don’t decide for them,” Dhiman tells The Citizen.

“We need to give them a chance to prove themselves before deciding they will not be able to do it.”

She says that instead of Supreme Court interventions there needs to be a panel with a substantial number of serving and former women officers that can make a clear policy about women in the army.

“Right from the beginning when they decided to inculcate female officers a coherent policy should’ve been made. The criteria for both male and female officers should have been kept the same,” says Dhiman.

She says the extreme paucity of women officers exacerbates the gender discrimination against them. “Sometimes there is only one female officer in the whole station.”

“Female officers have to show extra effort to prove themselves and that is also harmful for them.

“Women officers should be treated at par and they should not have to work extra to prove themselves.” 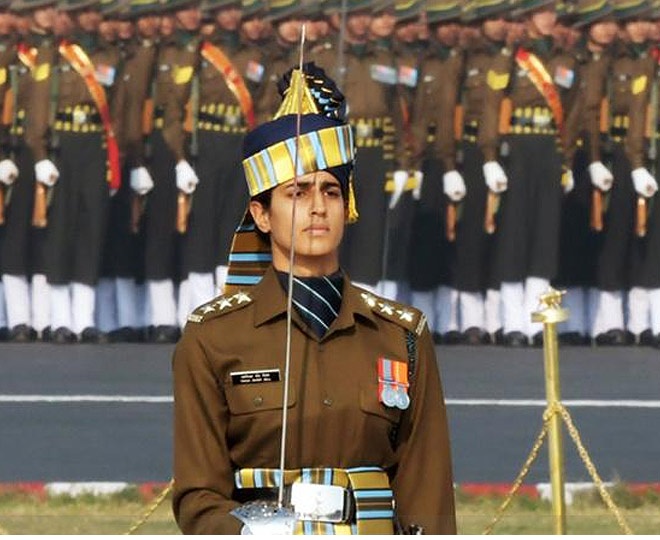