Ever since the Taliban came into existence decades ago the question of Afghan women’s rights frequently gains centre stage. World leaders have questioned the Taliban’s purported ban on women’s right to work and study and have used it to justify the US’s war.

Now when the US has finally withdrawn from Afghanistan and Taliban has once again established its rule, the world is once again thinking of Afghan women’s fate. While the precedents set by Taliban suggest an extreme risk of human rights, the new cadre have repeatedly promised a new approach to government.

Because of decades of political turmoil Afghanistan has for a very long time been made dependent on foreign aid to provide its citizens basic amenities like healthcare and education.

While the US-backed Islamic Republic government was in power Afghanistan was receiving foreign aid from the World Bank, the International Monetary Fund, the US government and various NGOs providing humanitarian assistance.

Now that Taliban has formed the government in Afghanistan which is yet to develop institutions for a smooth functioning of all sectors, a lack of funding options would have severe consequences and further escalate the humanitarian crises the Afghan people are facing.

The World Bank has become the latest international organisation to halt aid disbursements to Afghanistan citing questions over the legitimacy of Taliban rule. Since 2002 the Washington-based institution had committed about $5.3 billion for development projects in Afghanistan. In 2021 alone it committed nearly $800 million to the country.

Earlier it was the International Monetary Fund that in a similar move decided to pause development funding to Afghanistan after the Taliban seized control of the war-torn country.

Besides the World Bank and IMF, the European Union and countries like Germany and Finland too announced that they were stopping development aid to Afghanistan.

Given the possibility of a peaceful resolution to the civil war, last year Germany had promised monetary assistance of 430 million euros. Reportedly the EU had promised in November to donate 1.2 billion euros over the next four years in long-term and emergency assistance.

In an interview with CNBC the World Bank spokesperson said, “We are deeply concerned about the situation in Afghanistan and the impact on the country’s development prospects, especially for women.”

The World Bank is right in acknowledging the consequences of pulling Afghanistan’s funding. Such economic sanctions are going to cripple Afghanistan which is already one of the poorest countries of the world.

It is imperative to understand that while the international community “punishes” the Taliban by imposing economic sanctions, the way these sanctions materialise on the ground will only adversely impact Afghan civilians.

By halting economic aid to Afghanistan the international community will become a participant in perpetuating the miseries of Afghans. While the world is waiting to assess how the Taliban plan to rule the country, freezing of foreign aid will only result in an economic collapse.

Moreover, if the provision of aid to people in dire need and crisis is subject to conditions, it poses a question on the humanitarian values that govern societies. Education holds immense importance for any society’s growth and while political will does matter in propagating education, there are other factors like the economic capacity to establish educational institutions.

It also said that the donor countries need to develop a coordinated plan of action to address support for education, the banking system, and other critical needs that require the cooperation of Taliban authorities, who threaten basic human rights, particularly the rights of women and girls.

In Russia meanwhile, speaking at the plenary session of the Eastern Economic Forum in Vladivostok recently, Vladimir Putin said “Russia is not interested in the disintegration of Afghanistan. If this happens, then there will be no one to talk to.”

In the same breath he continued, “The sooner the Taliban will enter the family of civilised people, so to speak, the easier it will be to contact, communicate, and somehow influence and ask questions.”

Putin’s approach seems to offer light at the end of the tunnel. By engaging the Taliban government, the world community has a chance to influence the Taliban to commit to upholding women’s right to education.

Taliban representatives too have expressed their will to support the education of girls. If the Taliban keeps its word it will need the capital to build schools and form institutions to impart education, which will require the halting of economic sanctions imposed by international organizations like World Bank and IMF.

At present, the education system in Afghanistan has about seven million students enrolled, of whom 38% are girls. As it is facing a major economic collapse and the prices of food and basic amenities have risen and access to cash is limited, how can any government prioritise education even if it is willing?

Without enough capital to support the education system, students enrolled in Afghan schools will be bound to drop out even before the Taliban could think of stopping them from studying.

According to Human Rights Watch, most international aid to Afghanistan has now been halted and the Central Bank of Afghanistan, now under Taliban control, has been cut off from the international banking system and access to the country’s foreign currency reserves. Withdrawal of foreign aid at a dire time like this serves no purpose and is rather destructive in nature.

Imposing strict economic sanctions that cause humanitarian crises on one hand, while preaching women’s rights on the other only points to dereliction on the part of the international community.

Instead of freezing financial aid to Afghanistan, governments and transnational organisations that had committed to provide funding should rather press the Taliban to allow all schools to open, and let girls and women to attend them without intimidation or threats.

Taliban has established its government in Afghanistan and the fact will not change even if the foreign aid is withdrawn. That can only lead the Afghans into further deprivation.

One can only harp on that women’s right to education is non-negotiable, irrespective of who is in power. World bodies and the World Bank in particular cannot simply shirk their obligation and stop financial aid under any pretext. 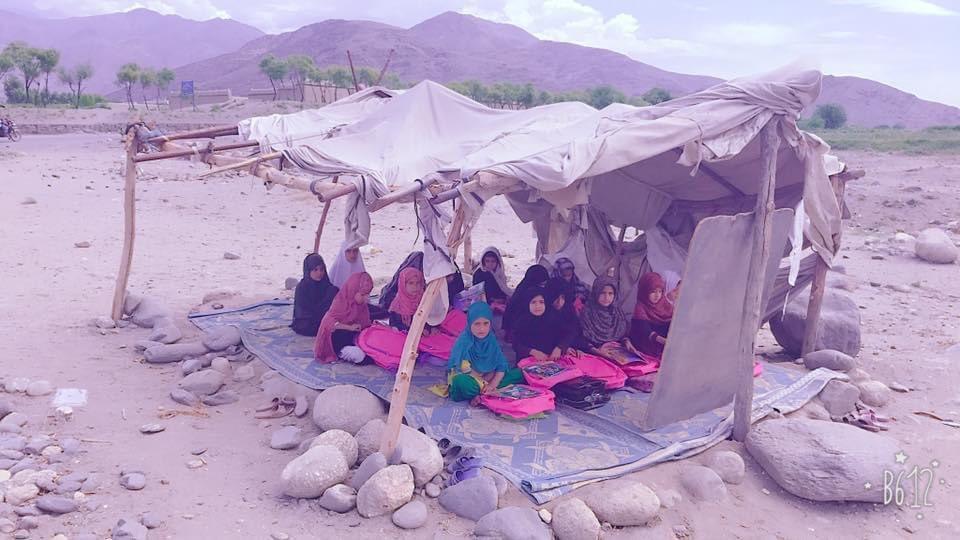