'When the Men Get Excited': Sexism in the Media Industry

Journalists speak out on caste and gender oppression

NEW DELHI: A reporting trip always takes an intricate amount of planning. Jaishree Kumar, an independent journalist, always shares her live location with her parents when she’s out reporting.

Kumar says male journalists don't have to think of issues like these.

According to a survey by the International Women’s Media Foundation, 70% of women journalists have “experienced more than one type of harassment, threat or attack in the past.” Nearly a third of women have considered leaving their position because of it.

“There have been instances where I am at a rally to report and someone groped me or touched me inappropriately,” says a journalist at an online publication. “At this moment I am confused on how to react. Do I want to get out of here, or do I want to create a scene?”

She says the physical violation happens in a second, but there are also moments like when she was stuck in a room full of men discussing sexual assault.

“There were six men in a room and I was asking questions related to the Hathras case, and they were almost salivating at the incident,” she recalls. “In these moments when the men get excited you turn into a sexual object.”

Women are confronting similar challenges in nearby Kashmir. “In Kashmir people still haven’t accepted that girls should do journalism,” says Qurratulain Rehbar, a freelance reporter who covers gender, rights and health.

“There are so many women who contact me and say we want to do journalism but the men in our family aren’t agreeing. They think that if something happens to our girls we will lose respect. It comes to the honour of the family.”

She says her family do not agree with her choice of profession and often feel worried about her.

The situation has become much worse for journalists, particularly women, since 2019 when the Indian parliament stripped Jammu and Kashmir of statehood and constitutional autonomy, and separated Ladakh.

“Kashmir is a conservative society and there is always a difference in the way people respond to you as a female journalist,” says Rehbar. “And after 2019, no female journalist was able to report alone without a male colleague.”

Women journalists are often treated as if they don’t belong in the space they are reporting in, says Suchitra, an independent journalist who has worked for both national and international publications.

As her partner is also a freelance journalist, they often go reporting together.

“While covering the farmers protest at Ghazipur, a man came up to me and asked ‘What are you doing here so late in the night?’ Similarly, when I was covering a riot situation in northeast Delhi, people would come up to me and ask why have I come here when it’s so unsafe?

“The same question has never been asked to my partner and is a very gendered question,” she tells The Citizen.

Suchitra recalls how she was trolled online in response to a comment she made on her partner’s post which had jokes about Hinduism.

“My pictures were shared and I was called ‘Hinduphobic’ and ‘anti-national’.. There were rape threats, gendered abuses, as well as abuse about my queer identity.”

Already battling challenges due to their gender, journalists from Bahujan (majority) castes are also made to struggle because of their caste identity.

There is rarely a Bahujan woman journalist present on the ground, according to Meena Kotwal.

Founder of Mooknayak, a media platform for marginalised Bahujan voices, Kotwal says she started the news channel after mainstream editors refused her space because she is a Dalit woman journalist.

“As a female journalist, nobody recognises you easily. You constantly have to prove yourself more than your male counterparts,” she explains. “Even when there are women journalists in newsrooms, there are rarely any Dalit or Pasmanda (oppressed caste) journalists.”

She recalls how last year while reporting a story from Bihar, she went live on social media. During that live, men were touching her inappropriately all around her body, which is recorded in the video.

“People all try to dominate you when you are the only woman journalist there, because they think you are weak,’’ she explains.

Studies have repeatedly found that women and the lowered castes are kept out of journalism’s higher echelons.

A 2019 study found severe underrepresentation of marginalised groups in the Indian press. Of 121 newsroom leadership positions surveyed, 106 were occupied by journalists from the oppressor castes. There were no editors, bureau chiefs, or other decision makers from the Schedule Tribes or Schedule Castes.

For women, the Indian media network saw its own MeToo movement in 2018 when women came forward to accuse famous journalists and editors of sexual harassment or assault.

One of the few heads that rolled was Rajya Sabha MP and journalist MJ Akbar’s, who was removed from the ministry of external affairs.

Akbar has now been offered a position at the Zee News subsidiary WION.

In light of the numerous allegations of sexual harassment and assault against him, over 150 journalists have signed a letter asking Zee and WION to reconsider the decision.

“150+ journalists, writers, artists appeal to @ZeeNewsEnglish to make their newsroom a safe place for women and remove @MJAkbar who has been accused of sexual assault by 20+ women. We also ask @IndEditorsGuild to speak up, take action,” says a tweet by journalist Suparna Sharma.

Print journalist Barkha Kumari recalls how very early in her career while working on a piece on the heritage of Hyderabad she went to interview an expert at his house.

During the interview, the man kept his hand on hers. Kumari froze. She became uncomfortable and blanked out. Later she left the interview without asking the rest of her questions and could not concentrate on the story later.

“Even though I knew what had happened was wrong I did not speak up because until then MeToo had not happened and we did not have the courage to speak up against sexual harassment,” she says.

“When you are interviewing a high profile person who is also much older you doubt yourself as women have the habit of constantly second guessing themselves,” she adds.

Older journalists recall how times were different when they entered the profession.

Teresa Rehman is one of the few women to have reported on conflicts in northeastern India. “I had stepped into a very masculine world. People from the army would be awestruck to see me, not very comfortable talking to me and you can’t have that ‘man to man’ chat with them.”

Of the situation now, she says “the media landscape in the northeast is still evolving, and questions such as maternity leave or separate toilets are not as prevalent as they should be.”

Years ago when Ranjona Banerji, who identifies herself as an old school journalist, worked in a newsroom being a woman was a disadvantage.

“During a promotion, it would most likely go to a man,” she tells The Citizen.

She says the situation for women inside newsrooms is much better now than it was 20 years ago, with equal assignments being assigned to women. But the patriarchal attitudes remain the same.

“Many times women editors feel they have to be stronger than the men, and so I myself also have not been very empathetic to a woman journalist having problems,” says Banerji. “So journalists always think that if I complain too much, a man will be chosen over me.”

She says there has to be greater understanding inside newsrooms. “There needs to be a more compassionate way in which we treat everybody.” 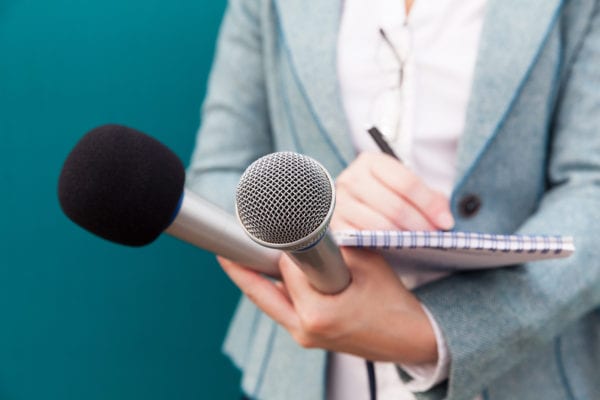