Using plus size people for woke points and money

“Inclusivity today has become a trend, and is a marketing strategy for many brands, especially in the fashion world. It’s how they’re trying to get into the lane and be able to sell more,” says Jasveen Sawhney, a graduate from the National Institute of Fashion Technology.

The fashion industry instils in us ideas of a perfect body, a beautiful face, a person’s ideal height and weight, setting standards and trends for the media, designers and customers.

To break out of the binaries and categories of inclusion, brands and designers are featuring models of all sizes in their ad films, fashion shows and catalog shoots. Talk grows of fashion becoming inclusive, accepting, representative and open, and it looks all powerful, regal and woke on the big screen.

But all is not as it seems. From high-end luxury brands to cheap and fast fashion, many businesses have time and over shamed people for being fat, chiding them to lose weight, especially soon to be brides.

And there’s also the fat tax. Not the sort levied on junk food in order to curb obesity, fat tax in the world of fashion refers to the extra amount that’s charged from a plus-sized or curvy person for the clothes that they buy or get made.

“Fat tax existed forever in the industry but people had no idea until the Instagram fashion parody page Diet Sabya broke the news,” says Sawhney - “Post that, the issue of fat tax thing amplified in the year 2020, and people were talking about fat taxes and several brands started campaigning that they are against fat taxes.”

Unsettling and discriminatory as it sounds, retailers and garment makers hike the price of their products to charge extra from those who go beyond the conventional size large. They claim the costs of extra fabric, materials and labour range from Rs 700 to 30,000 per item. But this is not always the truth.

“There are actually a lot of things that go behind while curating a garment,” says Sawhney. “Mostly what happens is that even the material used by bigger designers has lots of controversies attached - as many have said that they don't even use the actual or original fabric they charge for, and that the fabric is bought from smaller local markets, and it hardly constitutes for more than 5-6% of the total cost of the garment.”

The audacious extortion is even concealed by advice like “you should go for a modest or more covered design” - making the concept of body acceptance, positivity and inclusivity completely flawed, as people are shamed and asked to pay extra.

It categorises people and labels them, and is discriminatory as it tries to fit all in just one size chart of what’s normal or acceptable.

21 year old Sehjar Bhat shares her experience ordering clothes online. “A year ago I was ordering clothes from H&M in the size XL and realised that clothes for the other sizes were cheaper. It felt bad and humiliating as you have to pay extra just for being an XL. It hasn't just happened once and I guess this issue is there with almost every brand.”

The same designers and firms feature plus size models to show how accepting they are, adds Sawhney.

“When brands amplify a specific issue or campaign against the fat tax and then when they include plus size models in their campaign shoots, they establish a strong stand and impression on the same. But if the brands and designers who include plus size models in their campaigns continue to impose fat taxes on their clothes, then it’s unfair and contradictory.”

Bhat points out, “Plus size models again represent a certain body type which is unconventional. To include people of all sizes in campaigns could be a good move - however, models are still expected to look a certain way and have a certain body structure which goes against the principle of inclusivity.”

Sawhney calls out the cynicism of these fashion declarations. “Now it has actually become a trend and whether or not the brand wants to campaign an issue like that, whether it’s LGBTQ or a size or a colour issue, they would want to do it just because they think that the consumer will be more attracted towards the brand because we are campaigning for that particular issue.

“It’s just being a part of the trend and more so making headlines, rather than actually believing in something.” 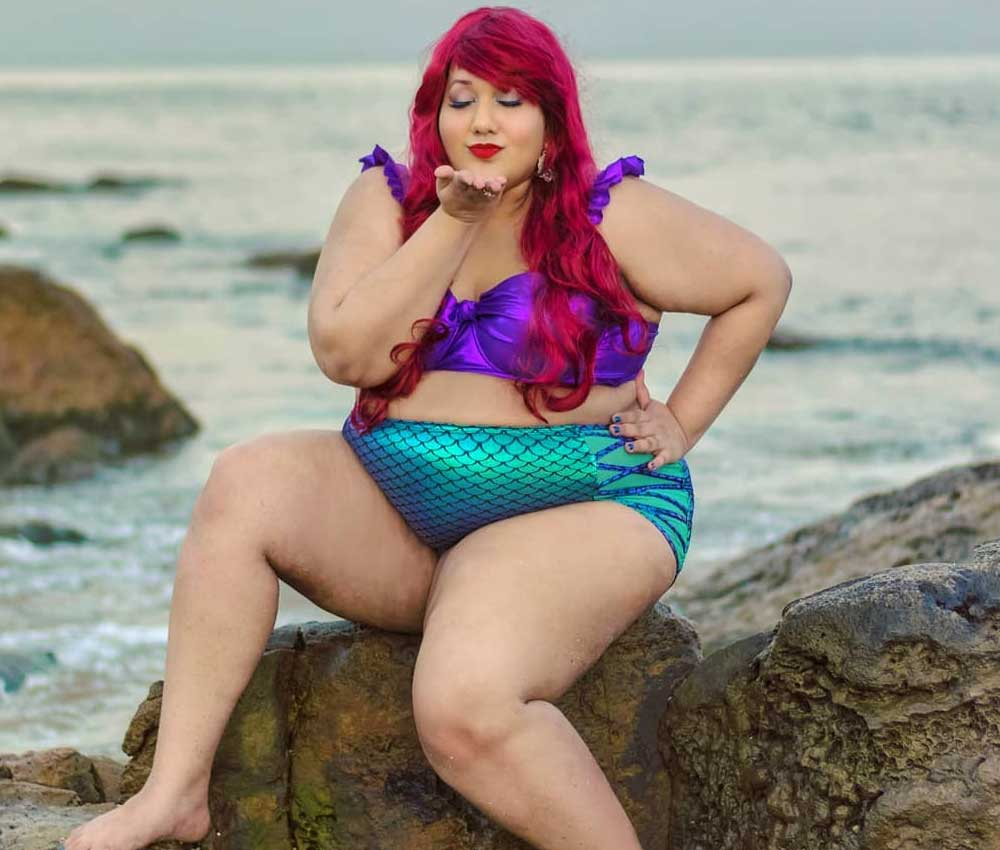