A Women Only Mosque in Kerala

At a time when patriarchy has seeped deep into the veins of Islam, Khadija Mariyam Foundation, a charitable trust has come as a hope for many Muslim women. The foundation has been registered in Kozhikode, Calicut, and aims to build a women-only mosque. This is the second after Lucknow that took the lead

The project has a group of eighty diligent volunteers. The trust endeavors to open multiple doors for cultural enrichment and educational development for women.

Historically, in Islam, it was a common practice for women to offer their prayers in a mosque and to go there for intellectual enrichment. However, over time for a host of reasons women have been relegated to dingy spaces in mosques, or even entirely excluded from them.

Commenting on her own experience in the Indian mosques, the Director of the Khadija-Mariyam Foundation, Huda Ahsan says, “It’s not been the greatest. We are definitely tired of praying next to the toilets, of being put down by the local maulvi who owns the mosque, of tiptoeing or feeling unwelcome, of the small, dingy, dangerous entrances, of being secondary, of being controlled for the benefit of the whole male sex, of adjusting in spaces that are solely and primarily built for the comfort of a man.”

As Architectural historian Daphne Spain argues, “the spatial segregation of women has kept them from accessing knowledge that has allowed men to hold power.”

Praying, while an important purpose of the mosque, is not the only one. The mosque aims to provide a space for women to exercise their rights and break barriers of religion and caste with the provision of equitable facilities for all women.

Religious professions have been male-dominated for a very long time and have given limited space to women. “I have a thousand reasons for building this women-only mosque and the biggest one is that it is time that we, the Muslim women and the women of our community, assert our space and take whatis ours fundamentally and spiritually,” Ahsan said, She added, “It is of utmost priority that we have a safe and secure space that addresses our issues and problems, and an all-men mosque or a general mosque does not do this. Even when they try to because they do not ask the opinion of a woman, nor have a justifiable number of women on the board, and several other unfaltering reasons, they constantly fail to give us a just space.”

The mosque would provide an opportunity for women to lead prayers as an imam, pray together, meet for congregational prayers, deliver Khutba, hold discussions, learn and research together, engage in sports and be in a space where they can self-reflect in peace.

In February 2020, the All India Muslim Personal Law Board admitted to the Supreme Court that Islamic texts do not restrict women from entering and praying in mosques.

However, there has been no effort from the Board’s side to create religious spaces for Muslim women.

Nuzhat Khan, a student of Jamia Millia Islamia shares, “a women-only mosque would break the popular stereotype that Islam prohibits women to go and pray outside, or in a mosque particularly. It would create a sense of belonging and togetherness for Muslim women, especially in such polarising times. It would demasculinize praying, giving Muslim women the same agency of their religion, as their male counterparts.”

While another student, Aliya Zainab, who has previously lived in Sharjah and Dubai for almost 11 years expresses, “It was disappointing to see that in India we lack mosques with proper facilities for women”. 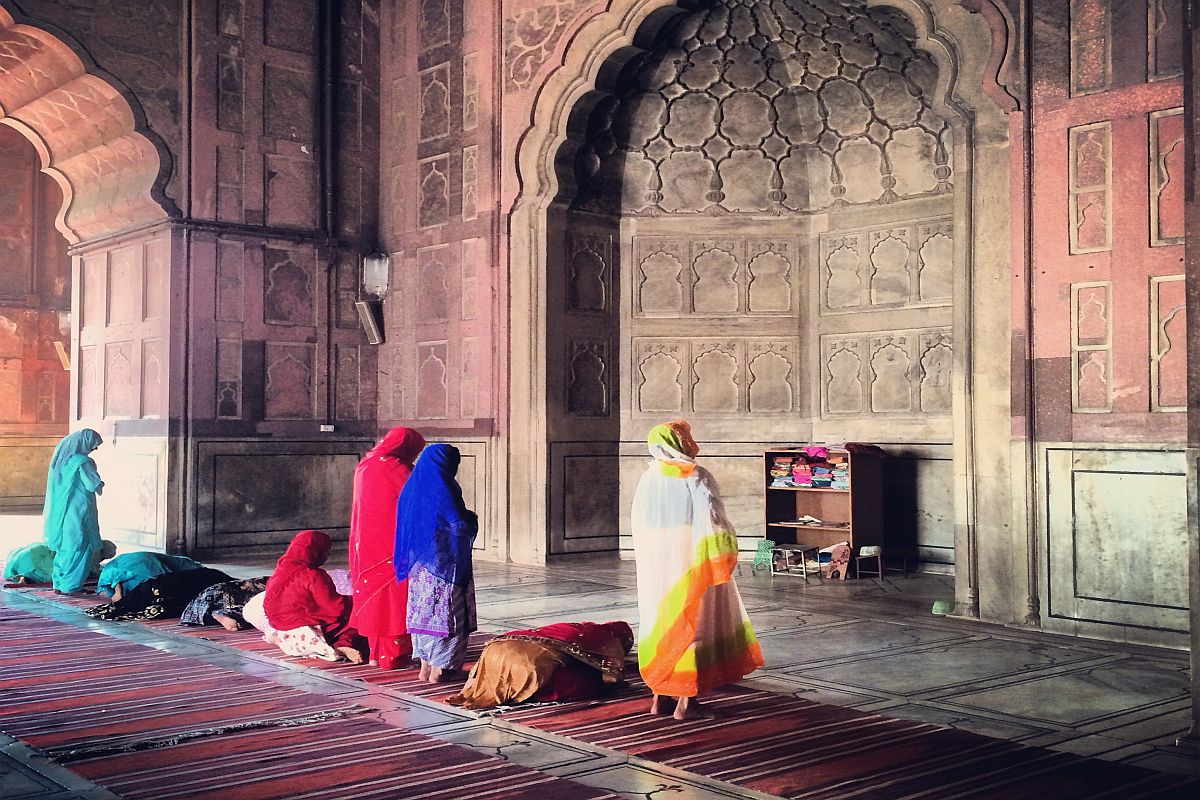