Darjeeling Has Its Own Women Crime-Fighting Squad Now

Under Sherep Lepcha they received intensive training - like carrying 15 kgs of weight up and downhill, wrestling, grappling, use of batons and sticks, and other forms of unarmed combat.

The Darjeeling Police on January 29, launched The Winners Women’s Safety Squad - a body of 30 young women carefully selected and trained in martial arts, as well as tackling law and order issues with an aim to monitor crimes against women in the Darjeeling District.

West Bengal Chief Minister Mamata Banerjee on October 26, 2021, directed the force be created for all of West Bengal, with units of the Winners Women’s Safety Squad in all districts of the state.

ASP of Darjeeling, Manish Joshi told The Citizen, “We want to make a statement out of this. We want to provide women with a sense of security.’

Regarding the squad, he revealed that the officers who became a part of the squad are all “willing to fight and willing to give it back. That way the squad is sustainable as well.”

“The winners squad is trained in unarmed combat and have undergone rigorous physical training. They have been trained on how to tackle crimes related to women or any law and order situation.”

This initiative was undertaken by SP Shri Santosh Nimbalkar, IPS, Superintendent of Police, Darjeeling, who set the ball rolling on the formation of the squad.

Reports on the squad so far suggest that all of the recruits have a black belt in Taekwondo. However, ASP Joshi corrected this notion - “The training has been provided by Deputy Superintendent of Police, Sherep Lepcha who himself is a black belt holder in martial arts. Has more than 30 years of experience in policing. He is very experienced and was also involved in the selection process of these female officers, in consultation with other officers.”

Palmu Dukpa, who has been in the police force for 3 years, now serving in the capacity of a Civic Volunteer, is the current leader of the Winners Women’s Safety Squad in Darjeeling.

“We were selected from the headquarters, and we trained for 2 months. Training started on November 14… it was very hard,” she told The Citizen.

“We were trained in endurance, as well as in Taekwondo, self defence, street combat, unarmed combat and rescue tactics. We not only trained physically, but we were given training for mental discipline as well when rescuing victims with minimum injuries,” Dukpa said.

According to ASP Joshi, the Winners Womens Safety Squad has not only been receiving martial arts training - “Looking all daunting in the black combat uniforms, they have been equipped with one scooty for every two officers, a body camera, which they have been instructed to keep on whenever they are on patrolling duty, as well as shoulder blinkers. They have also been equipped with batons, with detailed training on how to use them by avoiding vital areas, etc, and have not been given any lethal weapons,” Joshi told The Citizen.

“Under Sherep Lepcha they received intensive training - like carrying 15 kgs of weight up and downhill, wrestling, grappling, use of batons and sticks, and among other forms of unarmed combat.”

Joshi further explained how they plan on making this effort a sustainable one - “The 30 officers have been divided into two groups and are deployed in rotation, with a refresher course planned in the near future to upgrade their skills.”

Since the beginning of the training, the Darjeeling squad “accompanied senior officers on patrol duty to observe how such matters are handled,” Joshi said. “ They had to be trained in such a manner since we cannot expect them to perform to the standards that society hopes for unless they are given the adequate training.”

Dukpa said that for the two months of preparation, they were training in the morning and evening in two-hour sessions. Dukpa confirmed that they have not yet been called upon for handling any safety issues, since it has only been a few days since the launch of the squad. They have been deployed for patrolling duties alone so far.

Dukpa said that in her experience, the formation of this squad is a real need in Darjeeling, “It has been constituted for the safety of women here. In my experience, many women’s safety concerns like eve teasing, molestation, etc, are frequent” she told The Citizen.

“‘Winners’ will work for the protection of women, on the other hand, it will awaken a sense of security in women. It will prove to be the source of women's power. Prove that women can take the responsibility of protecting themselves and others in their own hands,” ASP Joshi said. 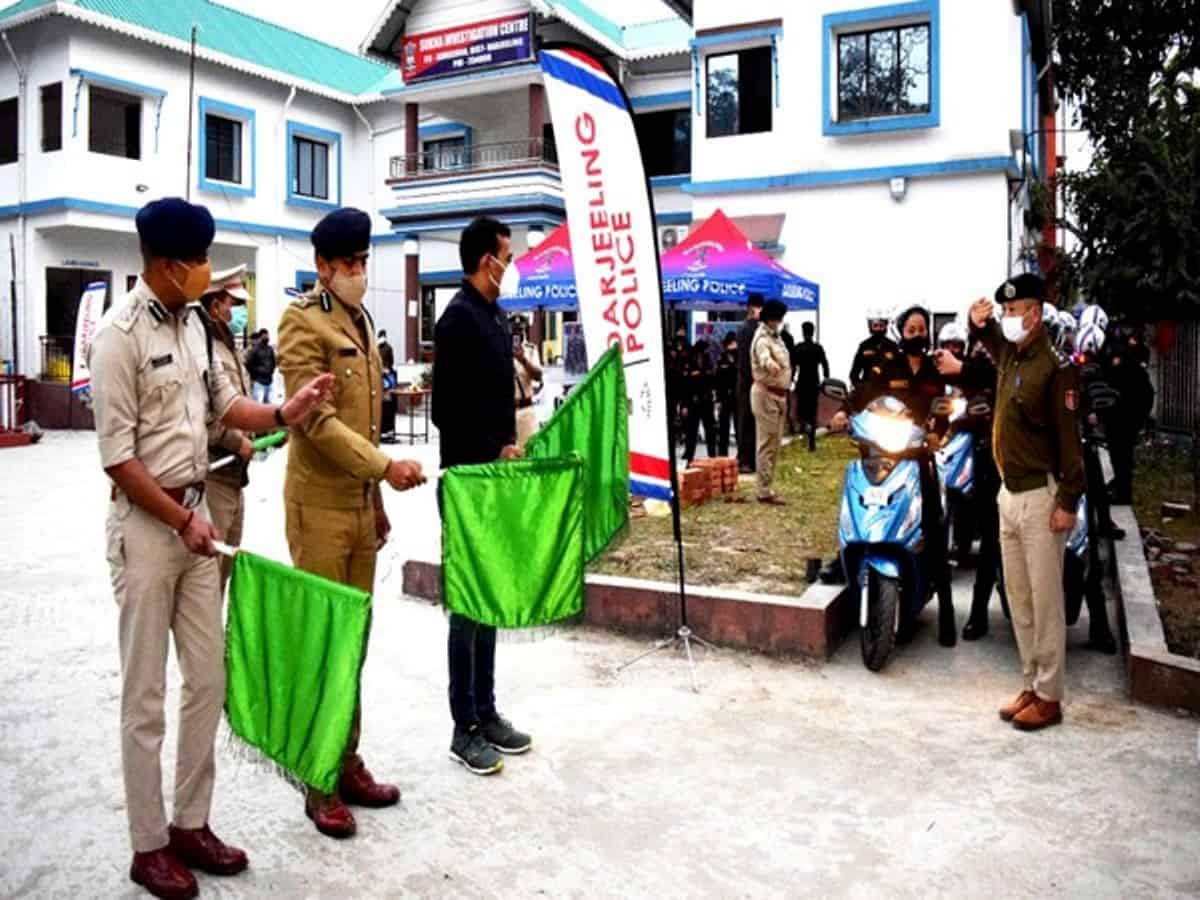