On Day 5 of the Karnataka High Court's hearing on the hijab row, petitioner Vinod Kulkarni requested the court to allow students to wear the hijab to schools at least on Friday as it is a holy day for Muslims. The court responded saying it would consider the request.

The bench comprising Chief Justice Chief Ritu Raj Awasthi, Justice Krishna S Dixit and Justice JM Khazi was hearing a couple of petitions challenging the hijab ban in educational institutions. The court, which began its hearing on the issue on February 8 will now resume on Friday, February 18.

The hearing comes amidst a heated row where several colleges across the state banned Muslim girls from entering with their hijabs on. The situation had led to protests and in some cases, violent clashes between those supporting the ban and those objecting to it.

In order to ease tensions, the Karnataka government had last week issued a three-day holiday for high schools and colleges, after which the institutions gradually started opening up. On February 11, the HC issued an interim order restraining 'all the students regardless of their religion or faith from wearing saffron shawls, and connected matters, scarves, hijab, religious flags or the like within the classroom."

On February 16, day 4 of the hearing, senior advocate Devadatt Kamat who appeared on behalf of the Muslim students referred to the Quran and said that the hijab was an essential practice under Islam and that the State cannot interfere with such rights under Article 14, 19 and 25 of the Indian Constitution.

Earlier, on February 5, the Karnataka government had issued an order placing the decision on the institutions themselves and stated that the hijab was not an essential religious practice and the right to wear it cannot be protected under Article 25. Advocate Kamat called this claim 'totally erroneous'.

Meanwhile on Thursday, Advocate Aditya Chatterjee mentioned a new petition challenging the ban, while the Attorney General, who argued on behalf of the state, said that no cause of action was shown in the new petitions and that the court should consider the number of petitions being filed on the same issue. The hearing will now resume on Friday, which would be day 6 of the hearing, even as students eagerly await the results. 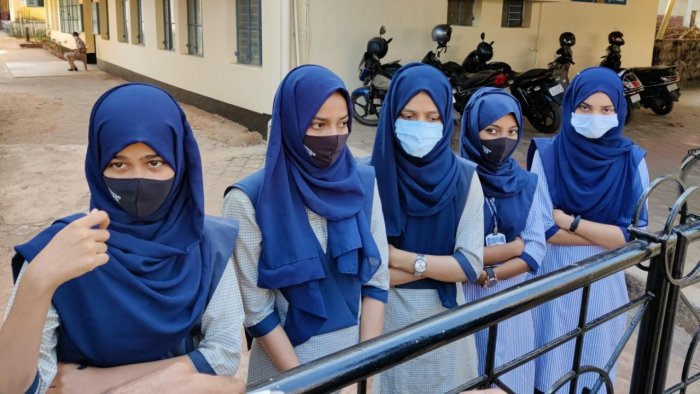