This conversation with screenwriter, critic and thespian Shama Zaidi is excerpted with permission from Scripting Bollywood – Candid Conversations with Women Who Write Hindi Cinema by Anubha Yadav, published by Women Unlimited.

“Sometimes, I experiment with the structure of a screenplay; in Sooraj Ka Satvan Ghoda, I used the Rubik’s cube as the structure. There were three stories in the screenplay and one scene was repeated in all three narratives, but each time it appeared differently. I wrote it in 15 days – the fastest I’ve ever written. I also wanted to use the Panchatantra form of storytelling, which is the frame-within-a-frame-within-a-frame style. I find it fascinating and it is a very Indian way of approaching a story. I would say Sooraj Ka Satvan Ghoda turned out to be closest to my vision as a screenwriter.

The problem with Hindi films is that the dialogues are, what [Shyam] Benegal Sahab calls, ‘wah wah dialogues’. A friend of mine was making a film and did not have dialogue writer. When I wrote dialogues for three-four scenes for him, he said, ‘Ye kya hai! Ye toh log baatein kar rahe hain, ye dialogue thodi hai (What is this? Are these dialogues? It’s just people talking).’

Directors want dialogue-baazi. As a society, we memorise film dialogues. The problem is that most directors do not have an ear for dialogue, and most actors here can’t deliver dialogues unless they have a theatre background. What is the point of writing dialogues when the artistes can’t even speak fluent Hindi? It is through dialogue that class, gender, and region are reflected in a character. Many actors struggle with dialects, their enunciation is quite bad.

In Zubeidaa, we had some problems with Karisma Kapoor. The problem is more pronounced in a film that deals with a particular class [or cultural background]; or say, when the father is talking in a Punjabi accent and the mother has a Marathi accent. Sometimes, we have to use dialogue coaches to get it right.

However, I have been lucky that most of my work has been for parallel cinema. Since the actors are trained I haven’t had to deal with this much. But this is a general problem we face in our industry today. Unlike earlier, when there were actors like a Meena Kumari, who knew the language, or a Lalita Pawar, who was from the theatre background; they knew how to deliver dialogues.

The approach to dialogue writing depends on the nature of the film: whether it is a stylised film or a realistic one. Sooraj Ka Satvan Ghoda is not a realistic film, so I could take liberties; I borrowed more from Devdas and not so much from Dharamvir Bharati’s novel on which the screenplay is based. But the author didn’t mind it; he liked the film.

While collaborating with another dialogue writer, the biggest challenge is when there is a disagreement on style. For example, my friend Satyadev Dubey, who has written many screenplays for Benegal, likes his characters to speak like him. My outlook, on the other hand, is just the opposite. I feel, every character should have their own unique language and mannerisms.

In Sooraj Ka Satvan Ghoda, the tangawala has a different [lehja], or way of speaking, than the zamindar; he spoke Rampuria Hindi not Hindustani. The dialogues had to be different for each character. Sometimes, I write about the area from where the character hails and then wait to work with the actor. There are two ways of writing dialogues and both are valid, but you need to work with people who are in sync with your vision.

Javed Siddiqui and I work well. Our first film together was Shatranj Ke Khilari and after that we have collaborated on five or six films. Atul Tiwari and I, too, gel well; we give the same attention to detail. A collaboration on which I disagreed with my co-writer, Satyadev Dubey on almost everything was Mandi. It was intense, so I told Benegal I wouldn’t come on the sets as he would spend all his time resolving our issues.

The making of ‘Garm Hava’

When I went to Ismat Apa and told her I wanted to write a screenplay, she narrated one of her stories to me. Later, she told me she had misplaced it while cleaning out her almirahs and agreed to write me a new one. The second story was not like the earlier one. Then, after a few weeks, she found the first story, too. She gave me both the stories, around 30-40 pages long, and I created the draft screenplay of Garm Hava from them.

It was a normal length, handwritten screenplay. My father read it and said its politics was misplaced. In that draft, the character eventually relocates to Pakistan. My father told me if you are making a film about those who did not go [to Pakistan post-Partition], then you have to show that. He suggested several changes – we changed the location, the class, the ending, among other things. After that, I handed the screenplay to Kaifi Sahab but he misplaced it; he had a habit of losing things. I only had the rough outline that we had created. Kaifi Sahab re-wrote the whole screenplay. I still have four boxes full of his writing; it would have been a five-hour film!

So I cut it down, made changes and filled in the gaps before the final screenplay was ready. Hardly any changes were made during the making of the film; only the tone was worked upon on set. There were many scenes with no dialogues. The most moving scene is when Balraj Sahniji is with his daughter – the silence was powerful. He had been through that experience himself; his own daughter had died like that.

Theatre writing and theatre experience finds its way into my screenwriting; they are both connected even if many people don’t think so. In other parts of the world, most film actors also perform musicals and plays. It is only in India that there is a distinction, except maybe in regional cinema. When I came back from Slade [School of Fine Art, London], I tried to revive Hindustani Theatre that was set up by my mother, who had passed away by then. But I had to give up on the idea as I shifted to Bombay with [MS] Sathyu. There, I worked in theatre, off and on, mostly for IPTA. Apart from directing, designing costumes and acting, I adapted many plays.

Theatre is 5,000 years old, so when you approach the form you don’t have any great notions about your own self worth. Films, on the other hand, are hardly 100 years old, so you can still think that you are a cinematic genius. You can’t see yourself as a genius playwright when you are aware of all those that have come before you.” 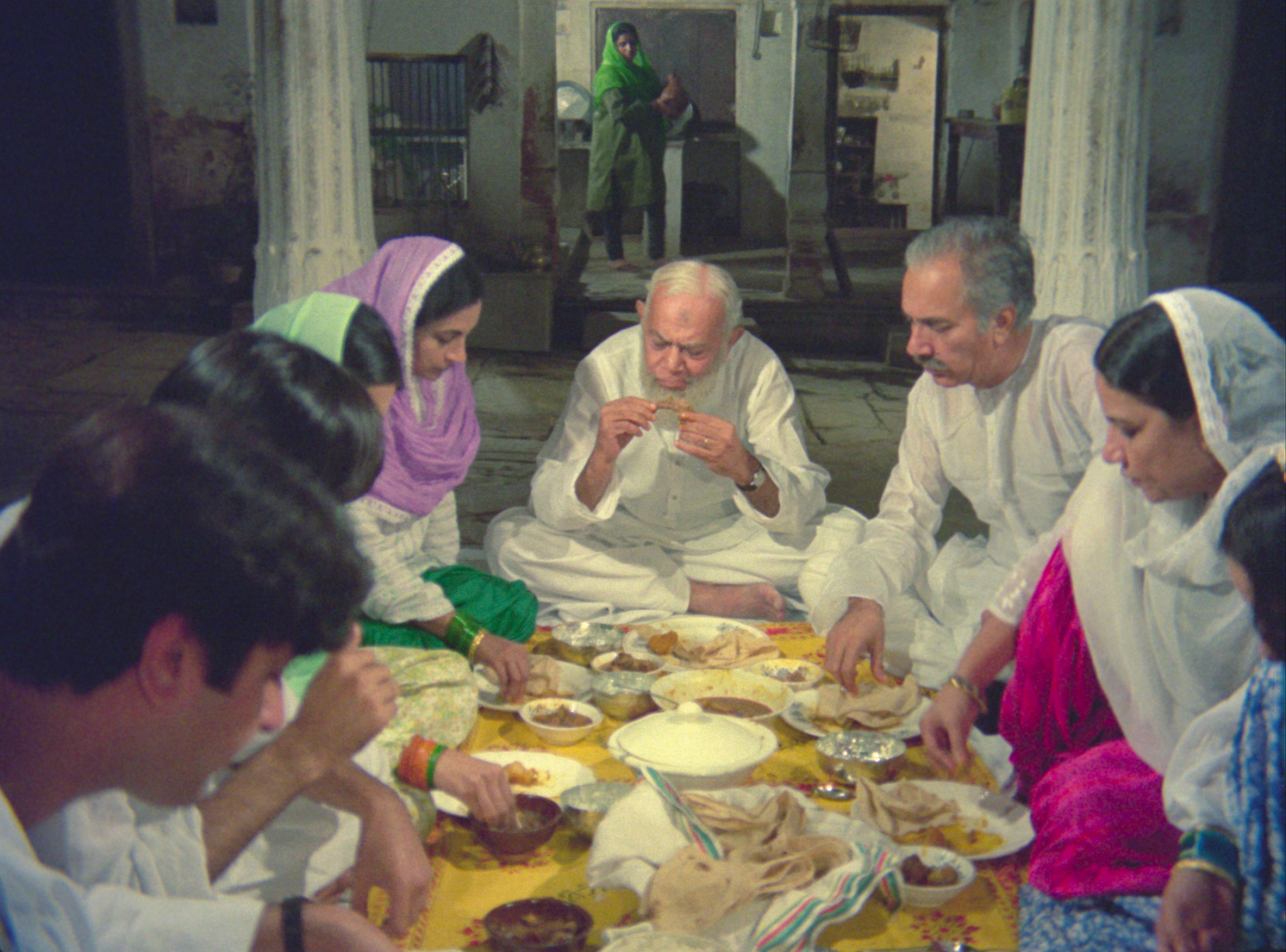