Men Get Uncomfortable When Movies Deal With Female Reality and Sexuality

Men Get Uncomfortable When Movies Deal With Female Reality and Sexuality

Sanjay Leela Bhansali’s Gangubai Kathiawadi, a theatrical release held back for more than a year, is drawing a full house for almost every show. But a reasonably large section of the audience walks out at different points post-Interval.

The man seated beside me munching popcorn along with his wife, went on grumbling about this being a truly “bad” film. Why?

Perhaps because it shows these young women mouthing profanities without fear or favour and the Maasi’s lines are full of juicy, sexual innuendo. These coming from women, never mind which occupation they belong to, must be raising the hackles of the males in the audience.

Besides, they may not have taken kindly to a gritting young beauty, clad in white, marching through the narrow lanes and bylanes of Kamathipura, the largest red-light neighbourhood in Mumbai, spouting language not favoured by the males in the audience freely and fluently.

She is fearless and gutsy enough to use her political influence to seek a meeting with the then-Prime Minister of India, Pandit Jawaharlal Nehru. How can one expect the mass audience to take such guts in a woman and that too, a woman who runs a brothel?

Prostitution on celluloid has been portrayed down the ages. It has a hidden charisma like a film that has been banned and the banning itself becomes a tantalising invitation for the masses who are attracted to the film that deals with prostitution. But in constructing certain specific representations of women, it codes women in a general way as a sign, as an object of the male gaze. The prostitute, on celluloid as in real life, has her saleability in common with other more readily available and culturally prevalent representations of women.

There is no attempt to veil the harshness of the subject or the brutality of the narrative with surface romanticism or cinematographic glamour. If love and romance do step in, they do so silently, and remain secondary to the core of the story.

Or, they are integral to the storyline and are not impositions from without. Mausam, for instance, is a brilliant blend of realism and romanticism. The romanticisation, on the other hand, comes in different colours, shapes and sizes beginning with the genre of the Hindi ‘courtesan’ film like Kamal Amrohi’s Pakeezah(1971) or Girish Karnad’s Utsav(1983) working its way through ‘modern ’interpretations like B.R.Chopra’s Tawaif(1985), Sagar Sarhadi’s Bazaar(1982), Yash Chopra’s Deewar(1973), etc.

In these films, prostitution is used in the storyline as an ingredient to heighten the drama, or melodrama. The practice of prostitution is rendered subservient to the romantic and the glamorous angle. Both these genres of film open up possibilities of reading, or re-reading, from a woman’s point of view.

Cinema as an audio-visual medium of mass appeal which inspires, influences and motivates the audience has another use for prostitution which offers a powerful potential in addition to reality and romance: titillation. It is more the technique than the art of cinema that is called to play its role and prove its creativity, skills and expertise - sound, camera, action, editing, direction.

A closer look at how Indian cinema has played with these three dimensions of feminine representation reveals a pattern that paves the way to human understanding of the issues involved, never mind if this pattern is in keeping with the fluidity of cinema as an art form.

V. Shantaram's Admi (1941) was a bold film which tried to portray the prostitute as more sinned against than sinning. There are two clear lines of distinction that classify the celluloid prostitute: the kothewalli and the no-holds-barred prostitute. The kothewalli or courtesan is framed with an invisible chastity belt linked to a heart of gold. She is as pure as the driven snow. She never proceeds beyond the dancing floor though her songs sometimes have bawdy lyrics. She remains untarnished till the end and entertains her clients only with her music and her mujras but never sleeps with them if she does not wish to.

B.R.Ishara's Chetna (1970) tried, like Godard's Vivra Sa Vie(1962), to use prostitution as a metaphor for the study of a woman, "a legitimate metaphor for every woman who is directly or indirectly a prostitute." But his crude cinematographic treatment of script and visuals diluted the seriousness. He married the story of a prostitute who enters the profession for the lure of easy lucre to her marriage to a man who knows what she does.

But she cannot cope with this new arrangement of life with man-as-husband and not man-as-client. In Chetna, it was a battle not for love but with love, relevant for today's woman. Ishara has not been judgemental about the woman by interpreting her actions on moral terms.

At the same time, he ignores the psychological basis of the woman's conflict and its wider connotations for all women. Hence, Chetna fails to be a metaphor of the intense struggle a prostitute goes through when she finds herself getting emotionally involved with one man, and finds a relationship transcending the professional to enter into the personal.

In Pyaasa, Dutt inflects the image of Gulabo (Waheeda Rehman), a prostitute, with lyrical, romantic and humanist emphases, rarely encountered in contemporary Hindi cinema. In a scene featuring a travelling street artiste, Gulabo's desire is associated with the tradition of the Indian Goddess Radha, who represents the transcendence of human love into the divine.

This scene is a rich example of layers of meaning beyond the understanding of a Western audience. Dutt presents a very non-voyeuristic image of the prostitute where the girls lining up the streets after sunset evoke more sympathy than revulsion or anger among the viewers, both male and female. This is reflected in Bhansali’s film too, where the solidarity among the sex workers is one of the major merits of the film.

T.S.Ranga's Giddh (Vultures1984-85) is an exceptional example. Ranga drew his story from a study conducted by the Joint Women's Programme, a women's activist group based in Bangalore. The research traces the well-entrenched system of dedicating young girls to Goddess Yellamma in the border districts of North Karnataka and South Maharashtra.

The hold of superstitious fear of incurring 'divine' wrath conditions the uneducated Harijan (untouchable) families, crushed by grinding poverty, into virtually selling their daughters into prostitution.

Giddh is inspired by the lives of Harijan families living in the dusty and arid lands that draw the border between Maharashtra and Karnataka, an area neglected by both states. Poverty is so rampant that the majority population consisting of Harijans live at starvation levels. They wait eagerly for their young girls to come of age. When that happens, the bells at the temple of Yellamma, the patron deity of prostitution, sound endlessly.

Mira Nair's Salaam Bombay (1987) offers an insight into slum life in this metro city, filled with musclemen, pimps, drug runners and drug addicts, runaway children who have lost their childhood in the dirt and the debris, and prostitutes who fail to understand why they will have to give away their children to the State.

Sarkar maa banegi? (Will the State become the mother?) asks the prostitute (Anita Kanwar) pathetically, when her little girl is taken away from her. But the vicious circle unfolds when the little Nepali girl, yet to enter her teens, accepts the trauma of her life and goes out, dressed to suit her initiation into the trade, in a taxi like a lamb to slaughter.

Mandi (Marketplace, 1983), is one of the very few films that revolves around the system of prostitution in the fringes of Hyderabad city, the action centering around a brothel threatened by land-grabbers and construction promoters. The film uses burlesque as the mode to examine the dynamics of a whorehouse. Shyam Benegal tempers the film with an air of black comedy, allowing for some crude voyeurism in keeping with the socio-economic backdrop. A novelty of the film is its introduction of three male characters that crowd the brothel. One is a lovable hawaldar who regularly sleeps with one of the inmates in exchange for 'looking after them.'

The second is a multi-purpose errand boy whose drunken scenes in front of the madame's door clearly hint at a love affair gone sour. The third is a photographer. Rajeswari Sunder Rajan makes an interesting case for Mandi as exemplifying the contradictory and complex aspects of prostitution.

One may point out that few Indian film-makers have dealt with prostitution as a basic socio-economic problem of a capitalist, patriarchal society. Gangubai Kathiawadi proves to be an exception, up to a point. There has been no attempt to deal with the basic problems such as medical assistance, drug, STD and AIDS programmes, or, with the decriminalisation of the prostitute.

In real life, she continues to bear the brunt of punitive law-enforcement measures and legal strictures. The prostitute is the most visible figure, the central agent of the system and as such, the invariable target of police, judges, law-makers, the State and even social reformers.

Bollywood cinema has focussed on the victim-identity of the prostitute rather than on her agency. Because this is what finds the greatest audience sympathy, has greater commercial value, is the least complex and offers scope for both romance and titillation. Gangubai Kathiawadi treats prostitution differently. Is this why many men walked out of the theatre post-interval? Think about it.

Bollywood cinema has focussed on the victim-identity of the prostitute rather than on her agency. Because this is what finds the greatest audience sympathy, has greater commercial value, is the least complex and offers scope for both romance and titillation.

Gangubai Kathiawadi treats prostitution differently. Is this why many men walked out of the theatre post-interval? Think about it. 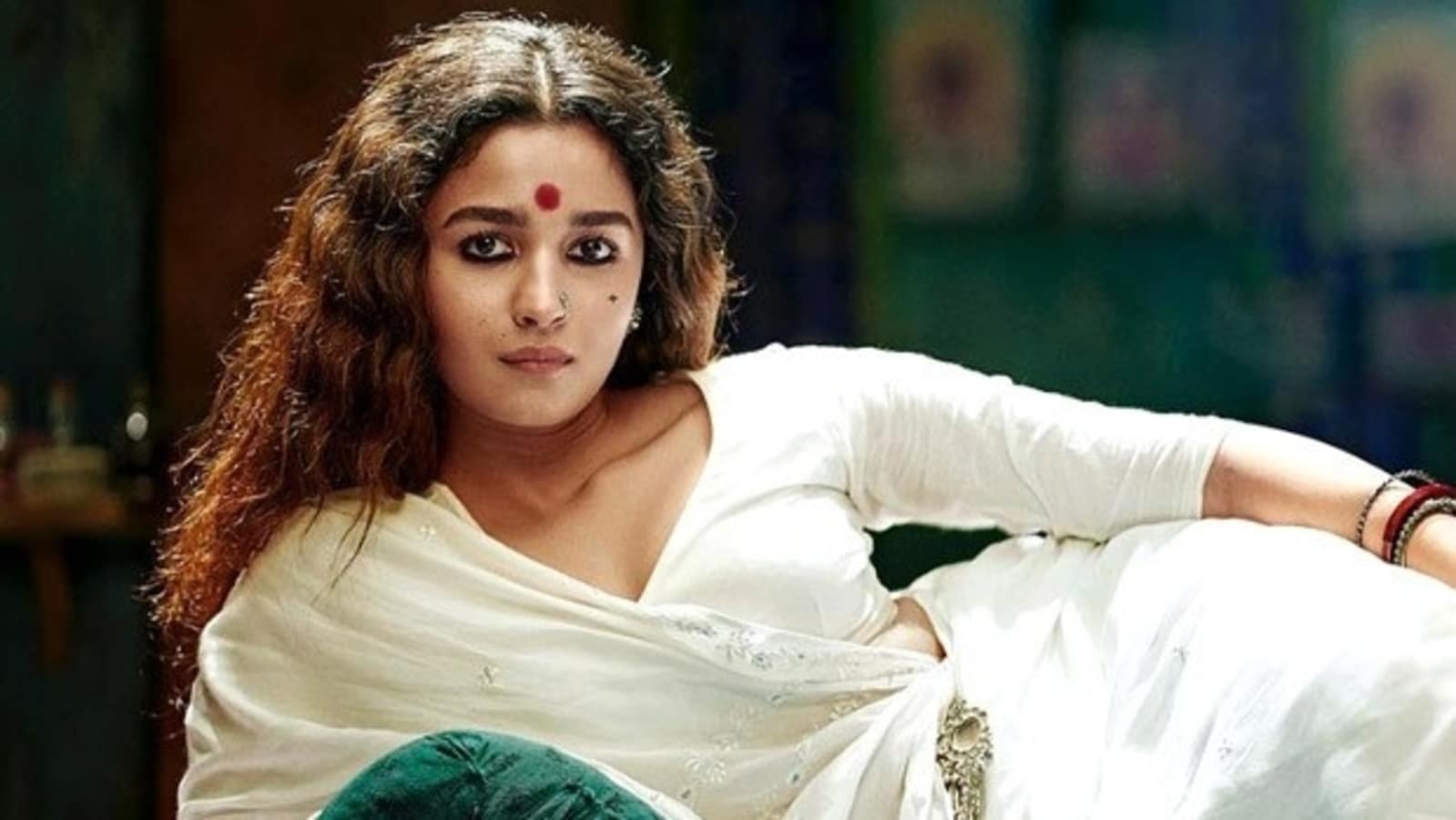