NEW DELHI: After the YSL co-founder Pierre Berge, it’s the Women’s Rights Minister of France Laurence Rossignol now who has lambasted Muslim women for concealing their bodies behind fashionable versions of burqa and hijaab. Using strong and politically incorrect language she said that women who wear veils are like “ negroes who support slavery”.

Recently, a high end fashion chain Marks & Spencer launched a swim suit amenable to the tastes of Muslim women, which covers their heads, legs and pretty much the whole body. The apparel has been given a blended name of ‘burkini’.

The Minister’s comments were directed to those women who are supportive of the novel invention. Speaking to RMC radio, she said, “What’s at stake is social control over women’s bodies. When brands invest in this Islamic garment market, they are shirking their responsibilities and are promoting women’s bodies being locked up,” and, “You cannot pass off as trivial and harmless the fact that big brands are investing in a market that puts Muslim women in a situation of having to wear that.” 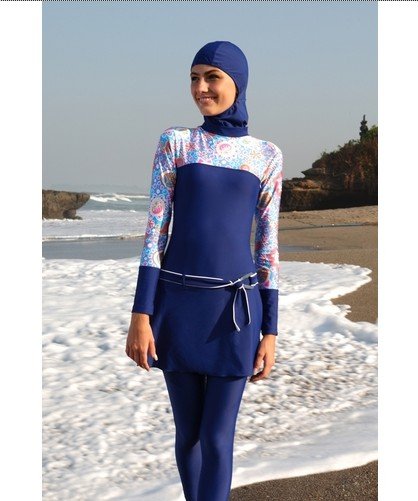 Rossignol has been criticized by many Muslim groups after her comments for going against the France’s secular credentials, ironically, of equality, liberty, and fraternity, which should allow one to wear whatever he/she wants.

The Minister has, "spat in the face of the (secular) laws of the Republic by trying to interfere with the way women dressed,” said Abdellah Zekri of National Observatory against Islamophobia. He also said that by her comments she has, "set out to help the recruiters of Daesh", but left one wondering how they may do so.

The 49.50 GBP ‘burkini’ has been sold in the markets of Dubai and Libya for some time, but only since the start of this year they have been made available in Europe online and soon will be in stores. British newspaper Telegraph reported that the ‘modest wear’ market is a booming and is likely to touch 300 billion GBP by 2020.

Earlier, Yves Saint Laurent partner, Pierre Berge, had also put down the trend of stylizing Islamic apparels. He had said “Creators should have nothing to do with Islamic fashion. Designers are there to make women more beautiful, to give them their freedom, not to collaborate with this dictatorship which imposes this abominable thing by which we hide women and make them live a hidden life.”

The fashion mogul had also said that he is not an “Islamophobe” and spends more time in Morocco than anywhere else.