NEW DELHI: Serena Williams has won 22 grand slams during her career -- the most recent of which was the women's singles final victory at Wimbledon over the weekend. In fact, just a few hours after she equalised Steffi Graf’s open era record of 22 grand slam singles crowns, Serena Williams joined her sister Venus to win the doubles title -- their sixth Wimbledon title together and their 14th in all.

Despite these major feats, Serena is still often referred to as “one of the greatest female athletes” of all time.

It is exactly this reference that got a lesson-worthy response from the tennis star last week. At a press conference on Thursday after claiming victory in the Wimbledon semi-finals against Elena Vesnina, a reporter asked Serena about being considered “one of the greatest female athletes of all time.

She replied: “I prefer the words ‘one of the greatest athletes of all time.’"

During the same press conference, Serena also dismissed the notion that she and her fellow female tennis players should be paid less and receive less prize money than their male counterparts because their games are shorter.

Here, it may be worth mentioning the controversy kicked off by tennis star Novak Djokovic earlier this year. Djokovic said male tennis players should earn more money than their female counterparts because more people watch them play. The tennis star said women "fought for what they deserve and they got it", but claimed prize money should be "fairly distributed" based on "who attracts more attention, spectators and who sells more tickets".

At Thursday’s press conference, Serena said, “I would like to see people, the public and the press and other athletes in general just realise and respect women for who we are, what we are and what we do... I’ve been working at this since I was three years old […] Basically my whole life I’ve been doing this and I haven’t had a life and I don’t think I deserve to be paid less because of my sex. Or anyone else for that matter, in any job.”

We hear you Serena, we hear you.

In fact, Serena is a powerhouse of motivational quotes -- for women, minorities, and people in general.

Here’s a roundup of our favourites: 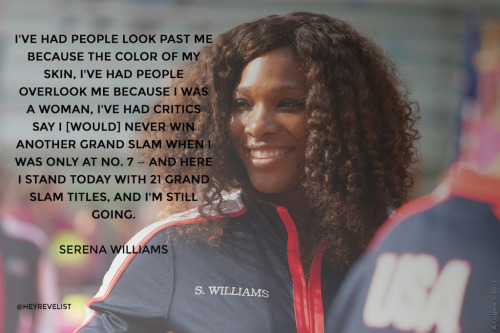 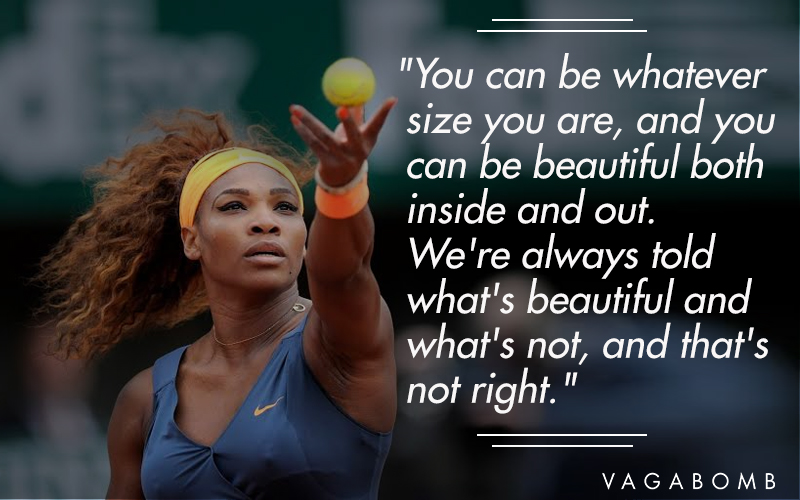 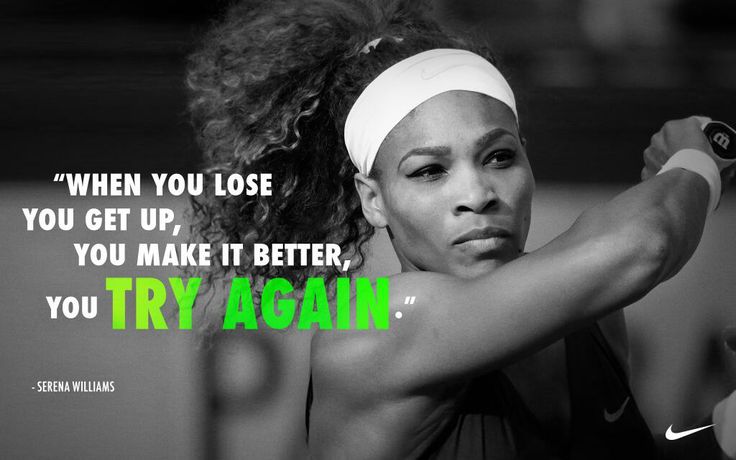 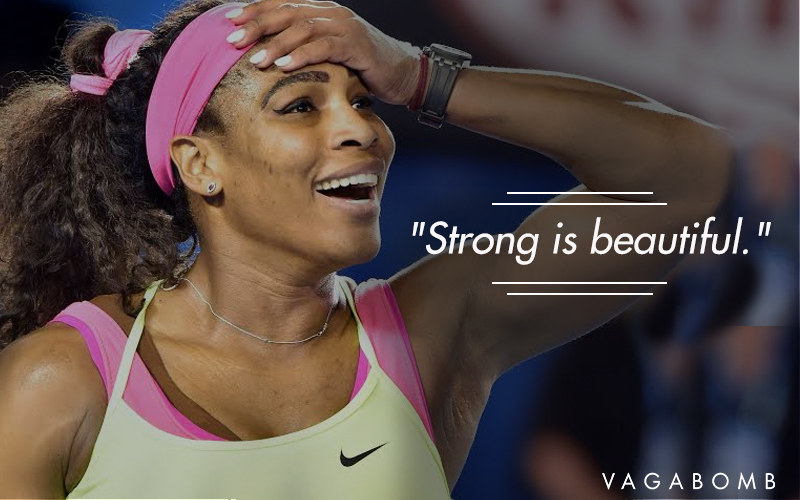 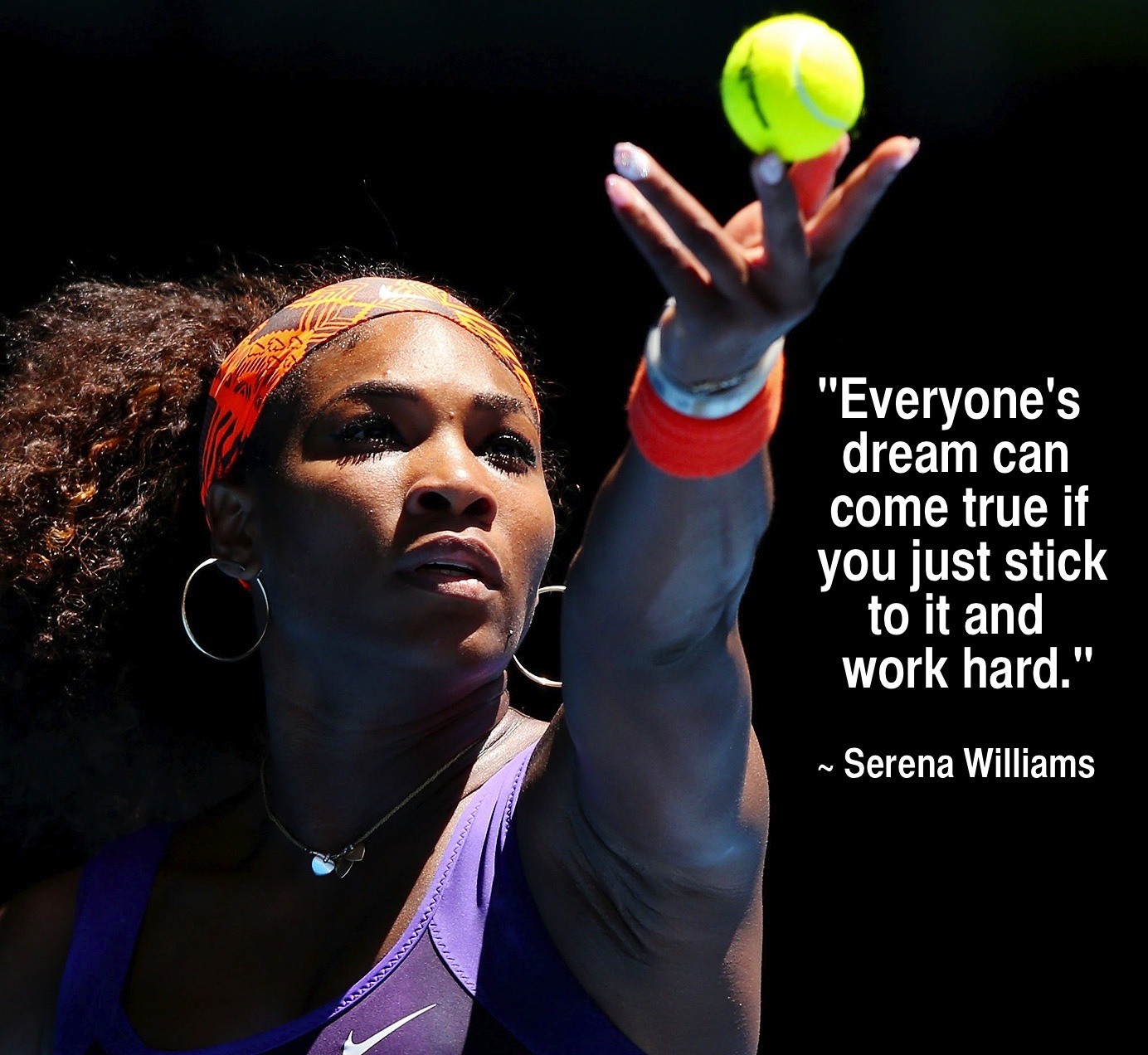 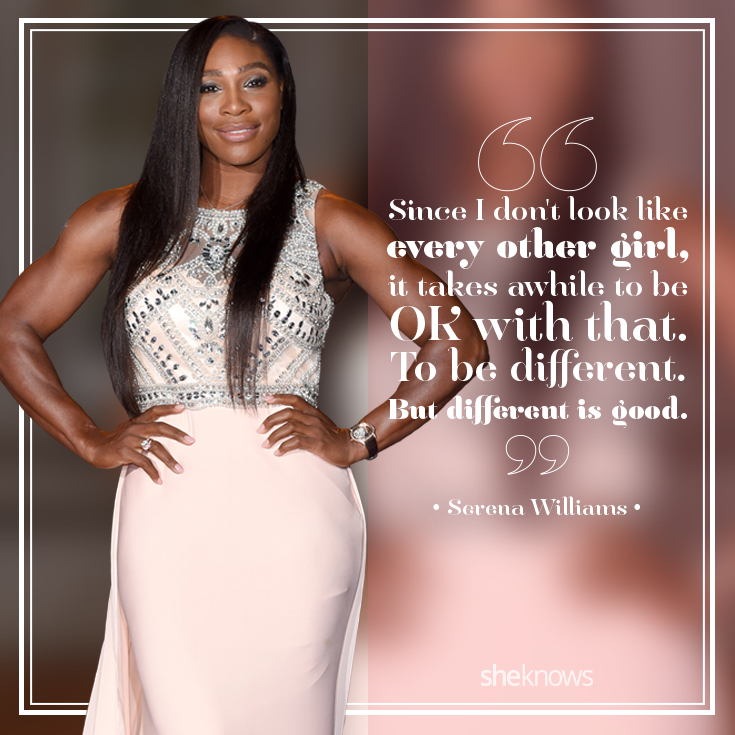