When a full-time housewife becomes a sex worker, is she committing adultery? Or is she into a profession that makes her a financially independent woman? Does she step into the profession for money? Or is she looking for sex because she is deprived of a normal sex life within marriage? Or, is she sexually promiscuous or is her husband impotent?

Pratim D. Gupta, the young film critic who wrote and directed Shaheb Bibi Golaam (Bengali) has addressed some of these very pertinent questions through one of the three pivotal characters in the film. She is the “Bibi” in the film addressed first as Jaya, the housewife who is eventually christened Shuktara when she becomes a high-profile sex worker in a well-appointed Kolkata bordello located in a seedy by lane atop a flight of stairs.

The bordello is called The Housewives Club because its members are housewives from upper-middle-class families. This is for the first time in Bengali cinema or even in Indian cinema that we come across such a bold and forthright presentation of the ‘invisible’ side of prostitution. There is no coercion involved and women step into the trade knowing fully well what they are getting into. 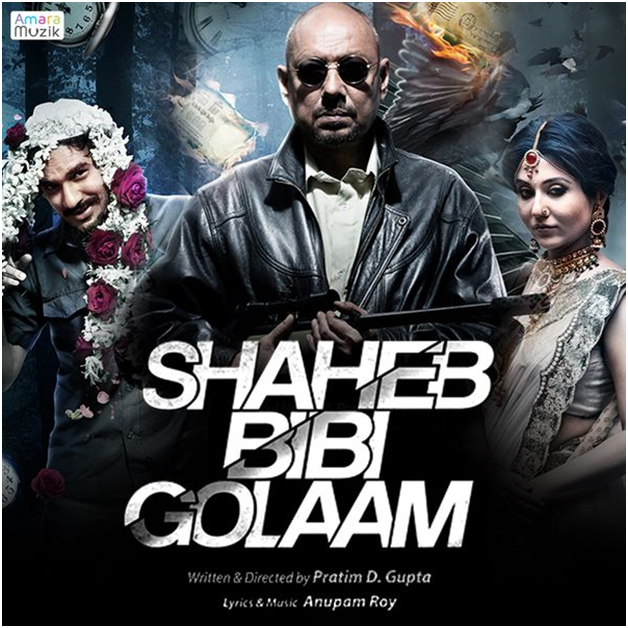 Shuktara is the Bengali equivalent of the Pole Star that shines brightly even on very dark nights and is clearly visible from earth. Gupta tries to blur the socially distinct lines drawn between the housewife and the sex worker. The two identities – being a housewife and also a sex worker – need not be mutually exclusive identities and may in fact, merge in the same person as it does in this film.

Jaya enjoys her clandestine identity as Shuktara and loves the different men who come to her as clients, may be, just for one night. The only facet of her other social role she still enjoys is being mother to her loving daughter. She has wearied of being the criticised daughter-in-law, the taken-for-granted wife and the sexually deprived marriage partner.

Millions of Indian housewives remain silent about the complete lack of sex in their marriage after the first child is born. Most husbands, modern, urban, educated, young, successful and independent, forget that their wives need sexual fulfilment as much as they do. Mahesh Manjrekar tried to drive this point home in Astitva. 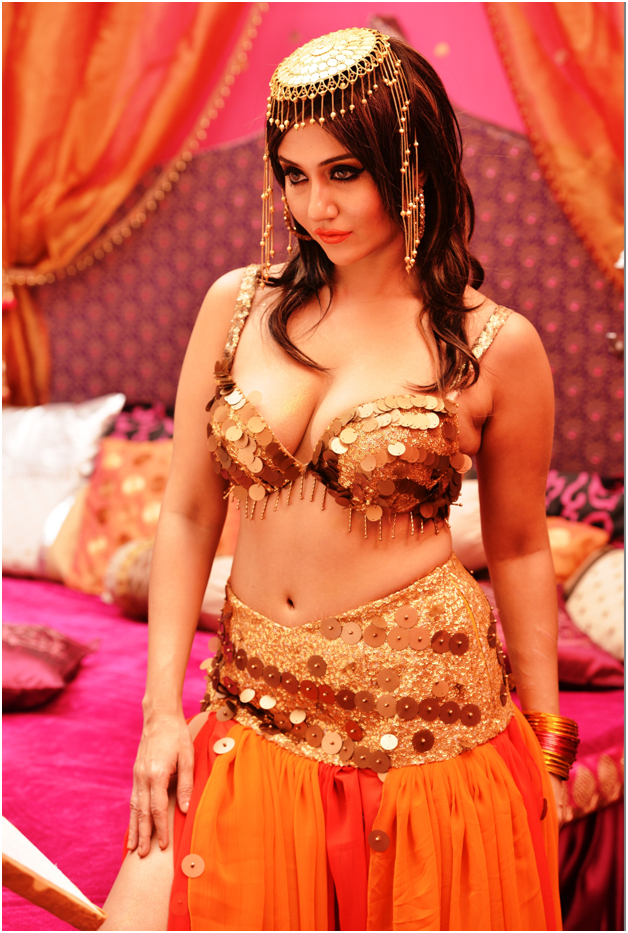 Physical desire is hardly mentioned where married women are concerned. This collective conspiracy of silence allows them to be exploited without even being aware that sexual deprivation is also a kind of exploitation and humiliation of the mind and the body. In Saheb, Bibi, Golaam, in one scene, a young male teacher of Jaya’s daughter calls her for some issues relating to the child.. Jaya discovers however, that it was just a ruse to touch her.

When another young mother asks her to lodge a complaint, Jaya says, “I rather liked the touch of a man after a long time.” This friend then takes her to that seedy lane that introduces Jaya to another life.

The seeds of a housewife becoming a sex worker without disrupting the harmony of her normal role as wife and mother were laid by Basu Bhattacharya in Aastha (In The Prison of Spring, 1996). The ‘inspiration’ for Aastha is Goddard's much-discussed Deux ou trois choses que je sais d'elle (1966) where Juliette (Marina Vlady) is a working class housewife who becomes a prostitute in order to buy consumer goods for herself and her family.

She thus condenses into a single figure a metaphorical analogy of commodity and metonymy, shopping. But here is where the ‘similarity’ between Goddard's and Bhattacharya's films ends.

Mansi (Rekha) does not shop to produce the desirable surface, the 'look' that comes with make-up and clothes, because she retains the identity of the housewife. Her shopping for a pair of Nike shoes is an expression of affection for her daughter who covets a pair the couple can ill afford. Her entry is purely accidental, an accident which surprises all, since it defies every rule in the book of Indian middle-class morality within and without marriage. Yet, without the surface make-up and gloss, director Basu Bhattacharya manages to make Mansi look as sensuous as possible, investing her persona with the seductiveness of an eroticised surface that implies something hidden, a secret or mystery.

But money is just a secondary bonus for Jaya, it is an enjoyable also-ran. She enjoys the secrecy and the sizzling sex that defines her job that needs her to serve a host of high-flying clients. She teaches herself tricks like swaying and gyrating her hips for a client in a white, translucent shirt over black hot pants, or, dressed up like a well-decked up bride. This brings her as much entertainment as it does to her clients.

Somewhere along the line, it is clear that this is her prime source of happiness that her other life denied her. She cries in the shower when she learns that her husband is having fun on the side but does not even touch her in bed or out of it. We do not see her suffering from pangs of guilt. In fact, when the police arrive in a sudden raid, she forgets to hide her face like the other women do and raises her hands to cover her face only when it is too late.

Mansi in Aastha uses her professional experience she has been subtly tempted into, to enhance her sex life with her husband. Jaya’s married life remains in the very stasis the film opened on. When Mansi’s surprised husband asks her wherefrom did she learn such tricks in bed, such as licking his ears during foreplay, with a soft smile, she says “Blue films.”.

The widespread control --- broadly described as ‘patriarchal’ --- of women’s sexuality in the service of reproduction within the structure of marriage and family, renders other expressions of it as outlaw. But the ‘illicitness’ of prostitute-sex has to do with more than the threat of non-productive sex: it is caused by the disapproval of commercial sex.

This recognition allows us to locate prostitution within the ambit of the “commercialisation of traditional female roles” that is the reason for so much ambivalence in contemporary economics. When women place monetary value upon and claim payment for the work that they traditionally perform for ‘free’ --- out of love, instinct, for intangible (non-monetary) “rewards” --- even outside the household, it is viewed as “betrayal.”

Material deprivation has been portrayed as the main motive behind the entry of the heroine into the profession of a sex-worker in most films including Aastha. But in Saheb Bibi Golaam, Gupta turns this theory on its head to show that sexual deprivation can produce the same result with similar consequences. Does this mean that women prioritize sex over motherhood? Not necessarily. But then, why should it matter to a patriarchal society if a woman enjoys both – being an object of sexual pleasure for different men, being a consumer of sex with different men for a price and at the same time enjoy the role-playing she has chosen for herself.

The outstanding, layered performance of Swastika Mukherjee as Bibi/Jaya/Shuktara makes the character much more meaningful than any other actress would have been able to make it not because other actresses are less talented but because Swastika’s beauty is so fluid that it can smoothly switch from Jaya to Shuktara and back. She does more than justice to the different dimensions of the character, aided by the costume designer and the make-up person. She has no inhibitions in doing any kind of scene or character or film and this helps in making the character both convincing and credible.

Shuktara lays down her own conditions to the Madame. One, she would come in only during the day from Monday to Friday when her daughter is away at school. Two, she would retain the right to accept or reject a client. The Madam is flustered but gives in silently.

Though the distinctions between women who are prostitutes and women who are not are sharply and explicitly drawn in social negotiations and interactions, the slippages between the two categories are frequent and significant in theory, argument and practice. It is amusing therefore to even think that the regional board of the CBFC in the Eastern parts could be so juvenile in thinking that showing a housewife doubling up as a prostitute is “bad” for the audience!

Of the two sides to her split personality, it should be interesting to find out which of the two is the impersonation and which is the real woman.

Take a bow Gupta and Swastika.