No Justice, But Memorial For Jyoti Singh

NEW DELHI: “How long can parents like us keep protesting for justice?” Asha Devi, mother of Jyoti Singh, takes over the mic with a broken voice.

Four years ago Jyoti Singh, a physiotherapy intern, while traveling with her friend near Munirka in South Delhi was beaten, tortured, raped and thrown off from a moving bus by a group of six men. 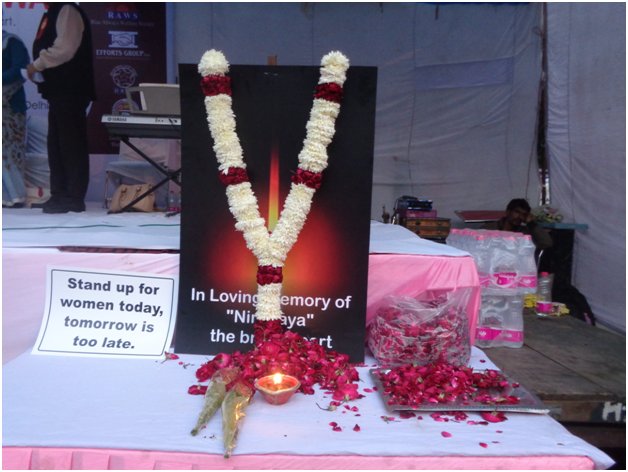 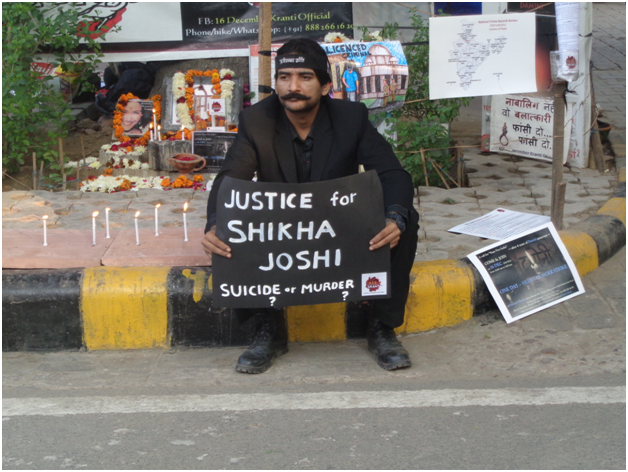 On December 16, Nirbhaya Jyoti Trust marked the 4th anniversary of the infamous Nirbhaya gang rape tragedy. The event was a reminder how the quest for justice turns into hopelessness within a not so short span of time. 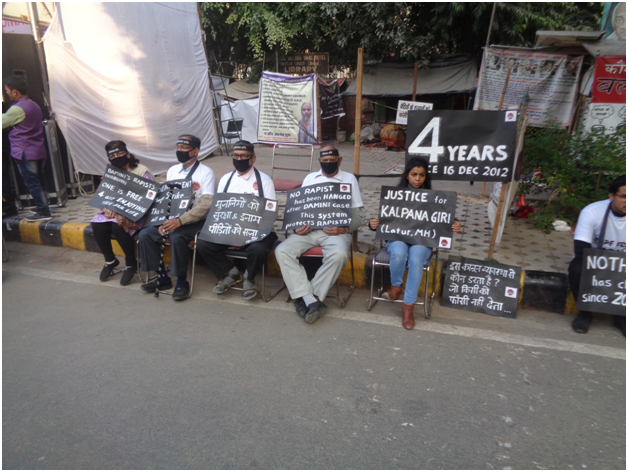 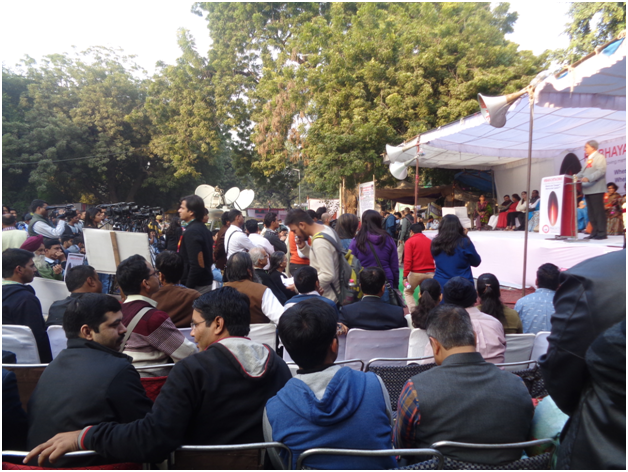 Jantar Mantar, at mid noon was locked with a number of eminent persons, media and young enthusiasts, who listened with rapt attention to Asha Devi and others like Manish Sisodia, Salaman Khurshid, Swati Maliwal, Udit Raj, Yogendra Yadav and a bunch of other activists, lawyers and politicians. 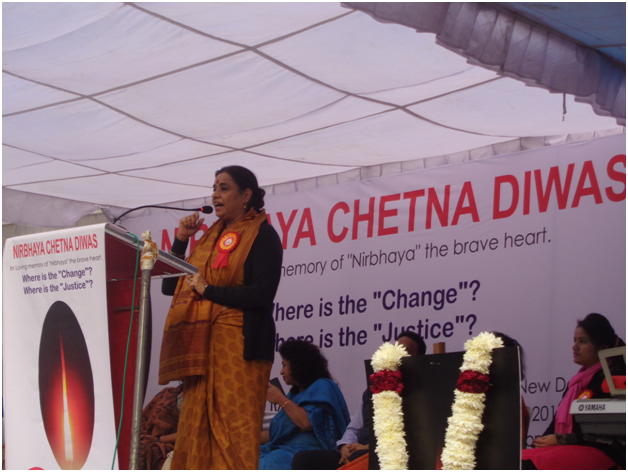 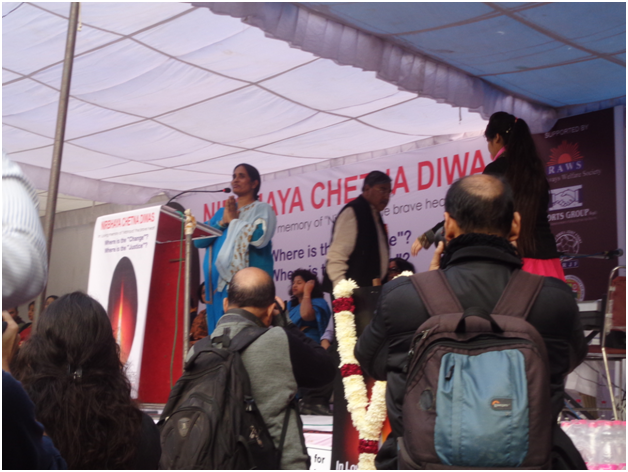 Shobha Oza, president of All India Mahila Congress spoke at the event. She stressed on the need to change the mindset of the people. In blunt words, she questioned the attitude and comments of the politicians on rape incidents. She taunted politicians who for blaming the girls for the assault. “If the clothes were responsible then kids of 3, 5 or 7 years or elders would not get raped,” she said at the event. 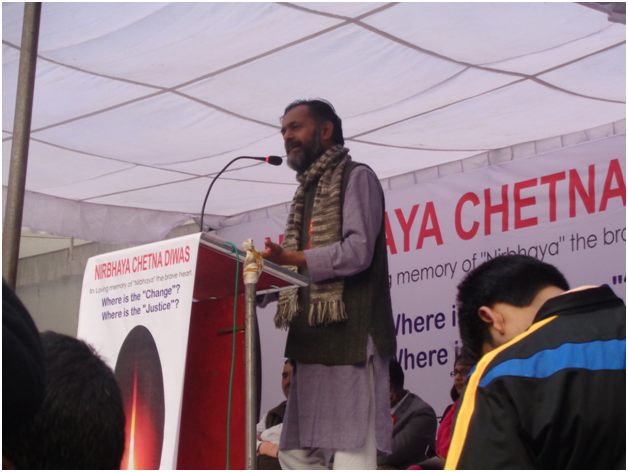 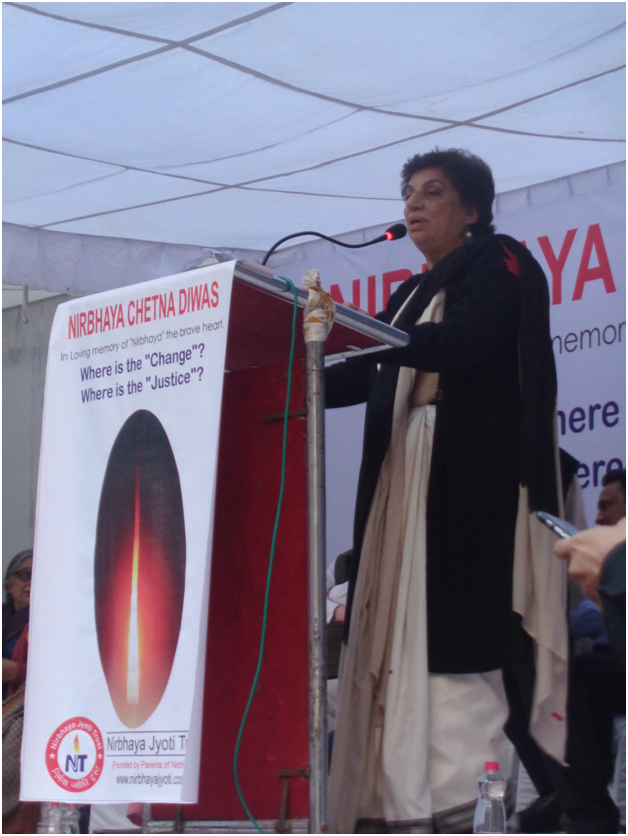 “When the courts like ‘fast track’ take 4 years for delivering justice and yet justice remains suspended, then one can understand the cause”, said Dr. Ranjana Kumari, founder of Women Power Connect. She directly blamed the government for not showing any political will to give security to women. 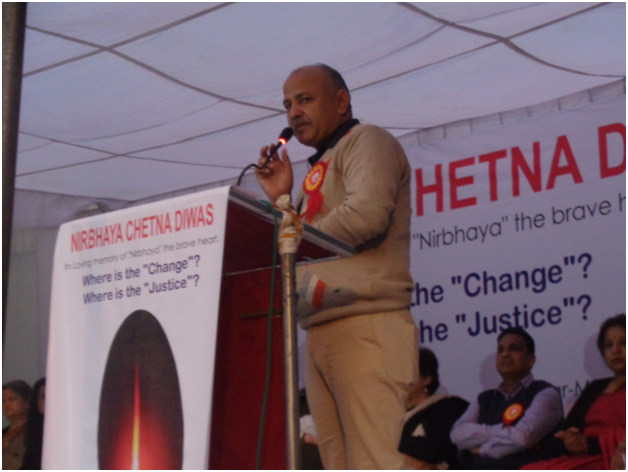 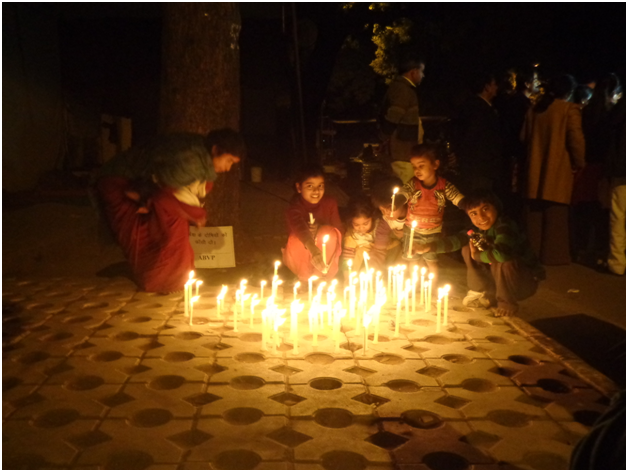 Barkha Singh, then chief of Delhi Commission for Women recalled her memory of meeting Jyoti at the Safdarjang Hospital. She said, “she wanted to live, I have seen her courage.” Speaking on mindsets, she said, “it’s not a girl but the boy who should understand and respect girls, it is the time to educate boys on gender issues. A boy alone isn’t the ‘Chirag’ of the family, girls equally hold the pride and late Jyoti showed the way.” 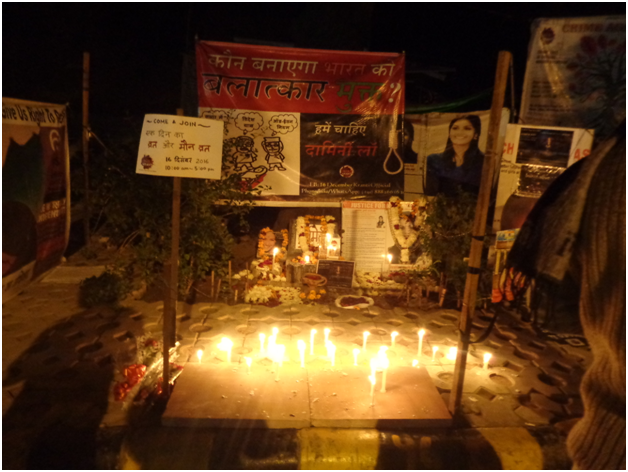 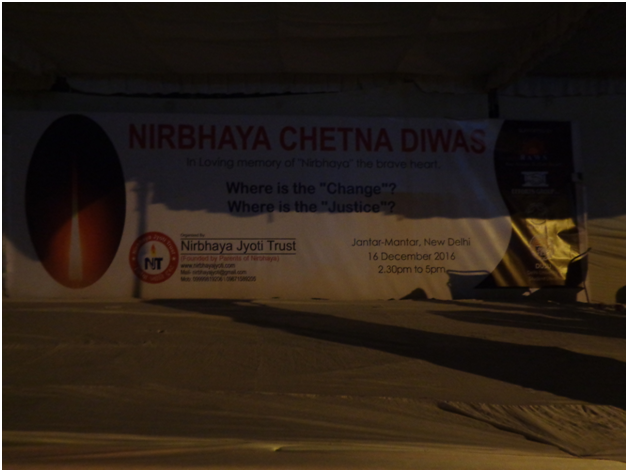 Mamta Sharma, the former chairperson of the National Commission for Women, asked the government to ensure the security of the women in the public places like Bus stop, Metro station, and Railway station, etc. She also expressed her concern over the appointment of a male police officer while interrogating rape victims.

“Caste and gender suppression is a major issue in this country,” Udit Raj, a BJP MP, criticised the customs like Kanyadan and Karwa Chaut. He asked people to go to the root causes of such incidents. The mentality to consider women as sub-human was under his attack.