"No Perfume Can Kill My Fragrance"

Being a member of the ‘third sex’ is in itself enough to be eligible for all sorts of discrimination. Add to that being a sex worker, and then a disease like HIV and you will have a life without shadows. It usually takes unimaginable courage to live one such ‘otherwise’ life that always seems within the frame but at the same time, always out of focus. ‘She’ has been following one such life for over six years now.

‘She’ doesn’t want her name to be disclosed so, after thinking for long and skipping a few clichés, she chose to be called SOMYA, the transgender character of one of her favourite daily soaps. Being an ardent devotee of an extremely popular ‘Baba’, as evident from the photos on the wall, she has two statues of ‘Laughing Buddha’ on top of the refrigerator. The ‘Chela’ (one of her two helpers) who lives with her does all the household things leaving almost nothing for Somya to do. Yet, her little room does not seem to be cooperating with her concerns to give things an arrangement. 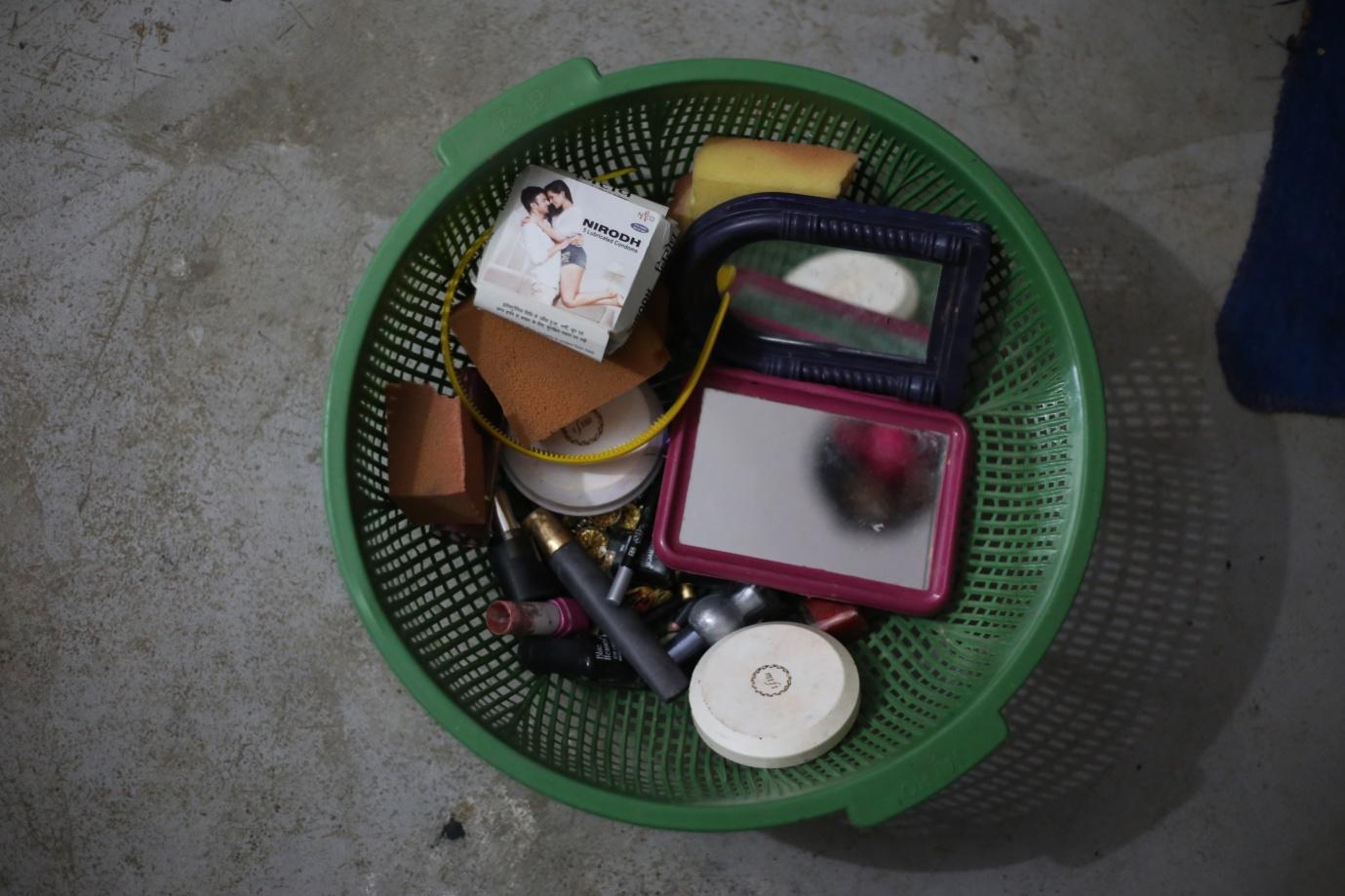 Somya says that she is around 38 and comes from an upper caste Hindu family of Mau, Uttar Pradesh. She left school in the middle of fourth grade. She couldn’t remember her original name, the male name given to her by her parents, or maybe she doesn’t want to. She says that though she is still one of the three sons of her parents apart from the two daughters, she is ‘like this’ right from the earliest memory of her childhood. By the age of 15, she had experienced both forced sex and consensual sex where forced sex would bring her some money or other things. And it was from none other than her relatives as close as ‘bhai(s)’ and ‘taau(s)’. 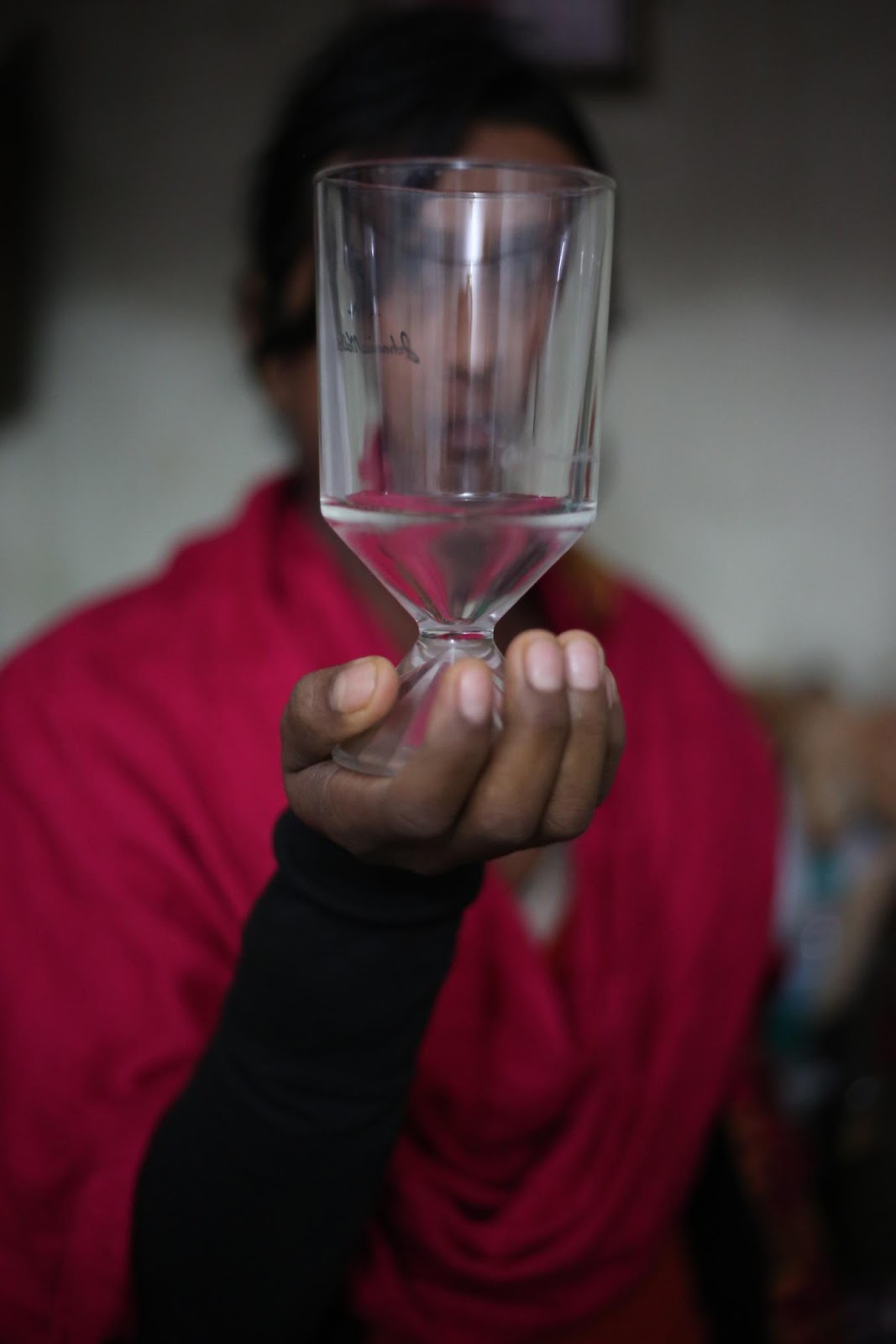 Somya first came to Delhi in 1996. She was not a sex worker at the time, nor was she HIV positive. Sex work came by her only 12 years ago. And by that time it was hard to expect safe sex from a sex worker, forget about transgenders. In these two decades, she has mapped a lot of Delhi, from Kalyanpuri to Munirka and from Jahangirpuri to Kapasheda. She currently lives in Gurgaon and works as a street sex worker in one of its buzzing traffic signals. 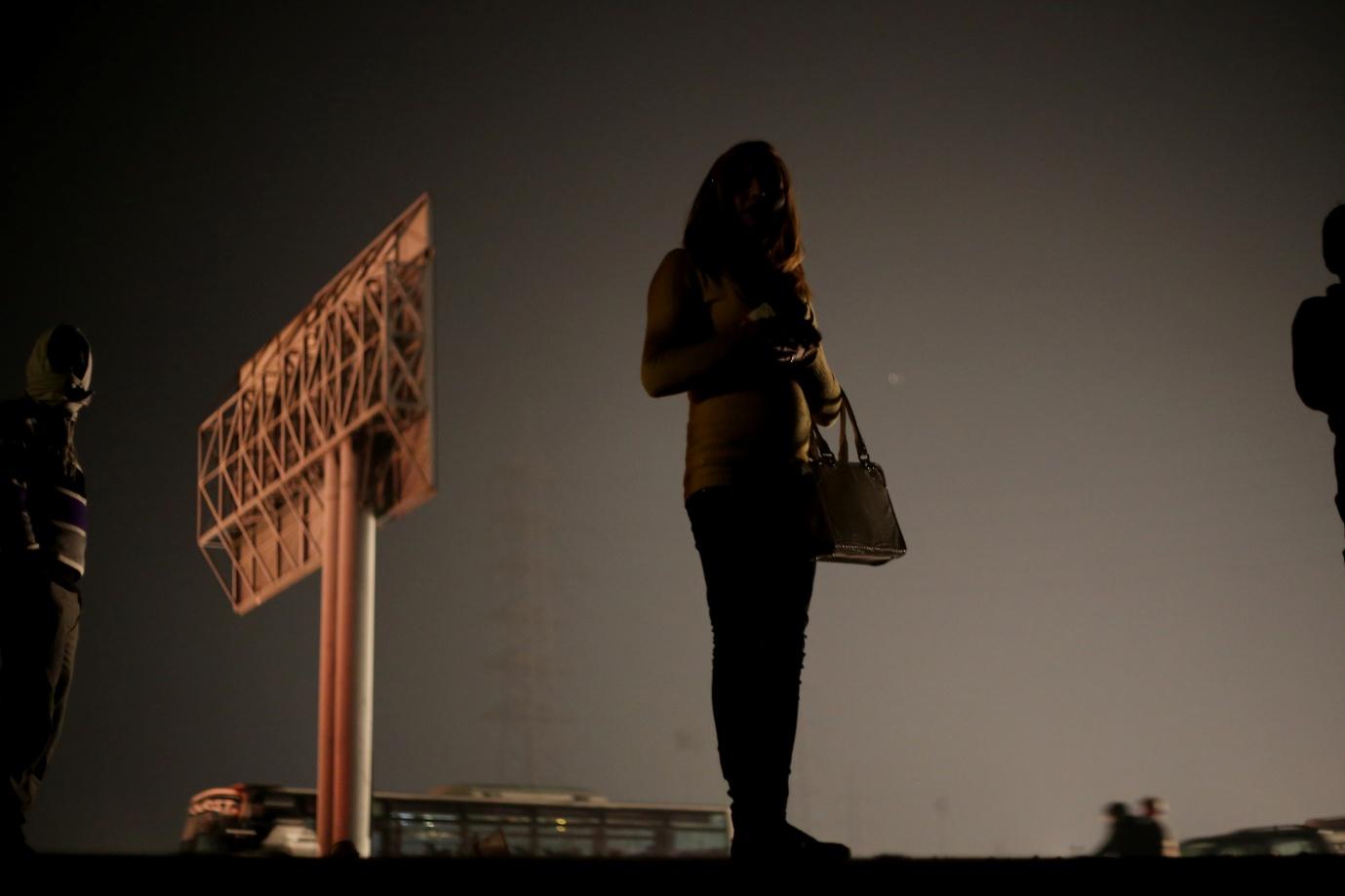 Apart from this, Somya also works as a peer educator for a Gurgaon based NGO that is working with transgenders for HIV/AIDS awareness and other related assistance. She is associated with the NGO ever since its inception in 2010. She got tested and diagnosed as HIV positive in 2011 with the help of this NGO. She started her ART only three years ago from another NGO called AHF (Aids Healthcare Foundation). Unlike government ART centres, who only provide one month dosage of ARV drugs at a time, it gives Somya more flexibility to travel in terms of medicinal backups. From her concerning AHF centre, she can get three months dosage all at once. However, this bars her from receiving timely aids that government grants to registered HIV patients. Her current CD4 count reads 435. 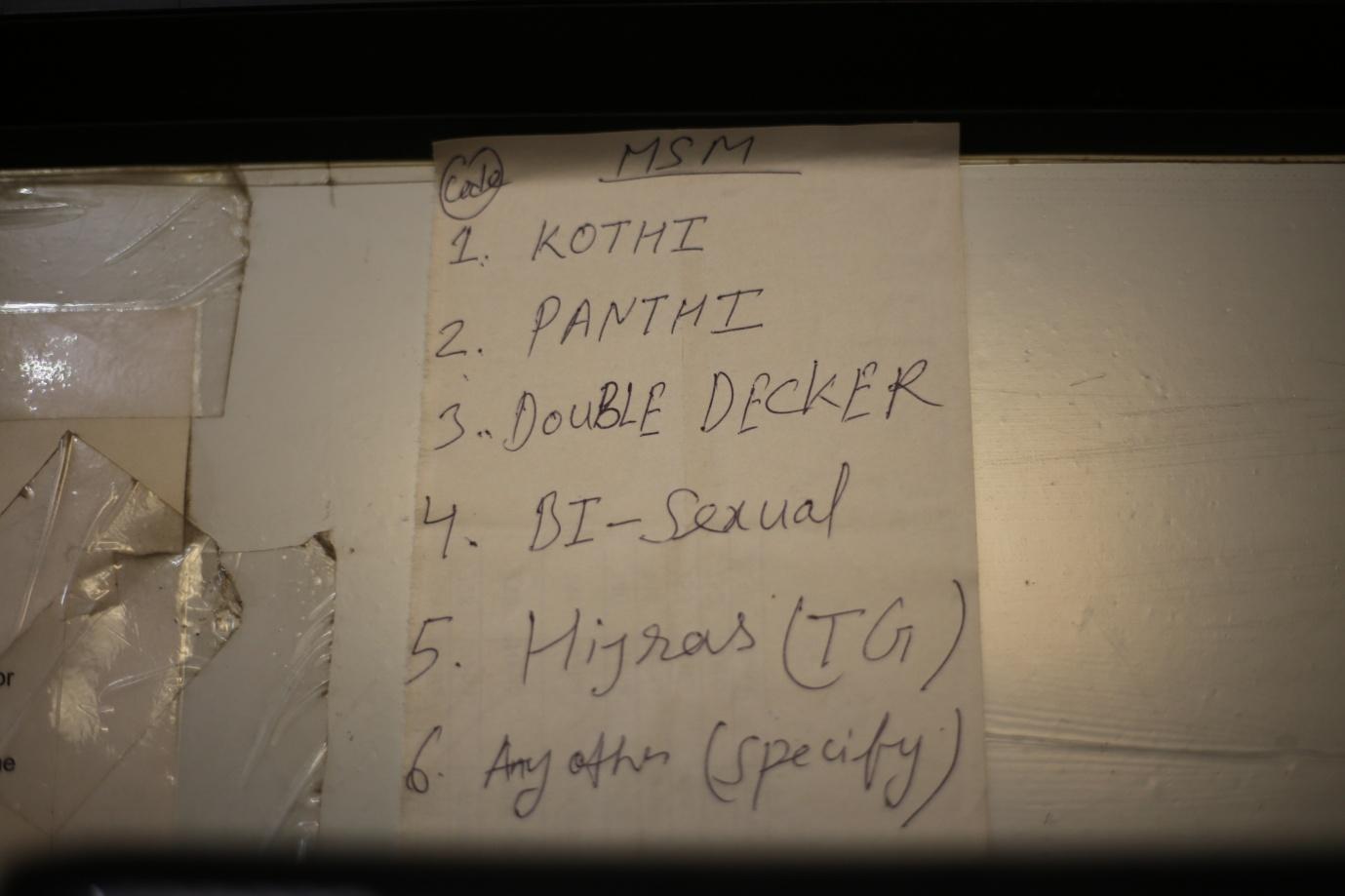 Somya suspects that she might have contracted the virus sometime around 2008 or 2009. And she earned it from the same job that now earns her around 20 to 22 thousand rupees per month on average. But this amount seems to prevaricate the actual figure in the light of the fact that she has to pay 15k rupees to her ‘guru’ in the form of ‘hafta’. It is an amount expected to be paid duly and regularly by every transgender working or living in her area. 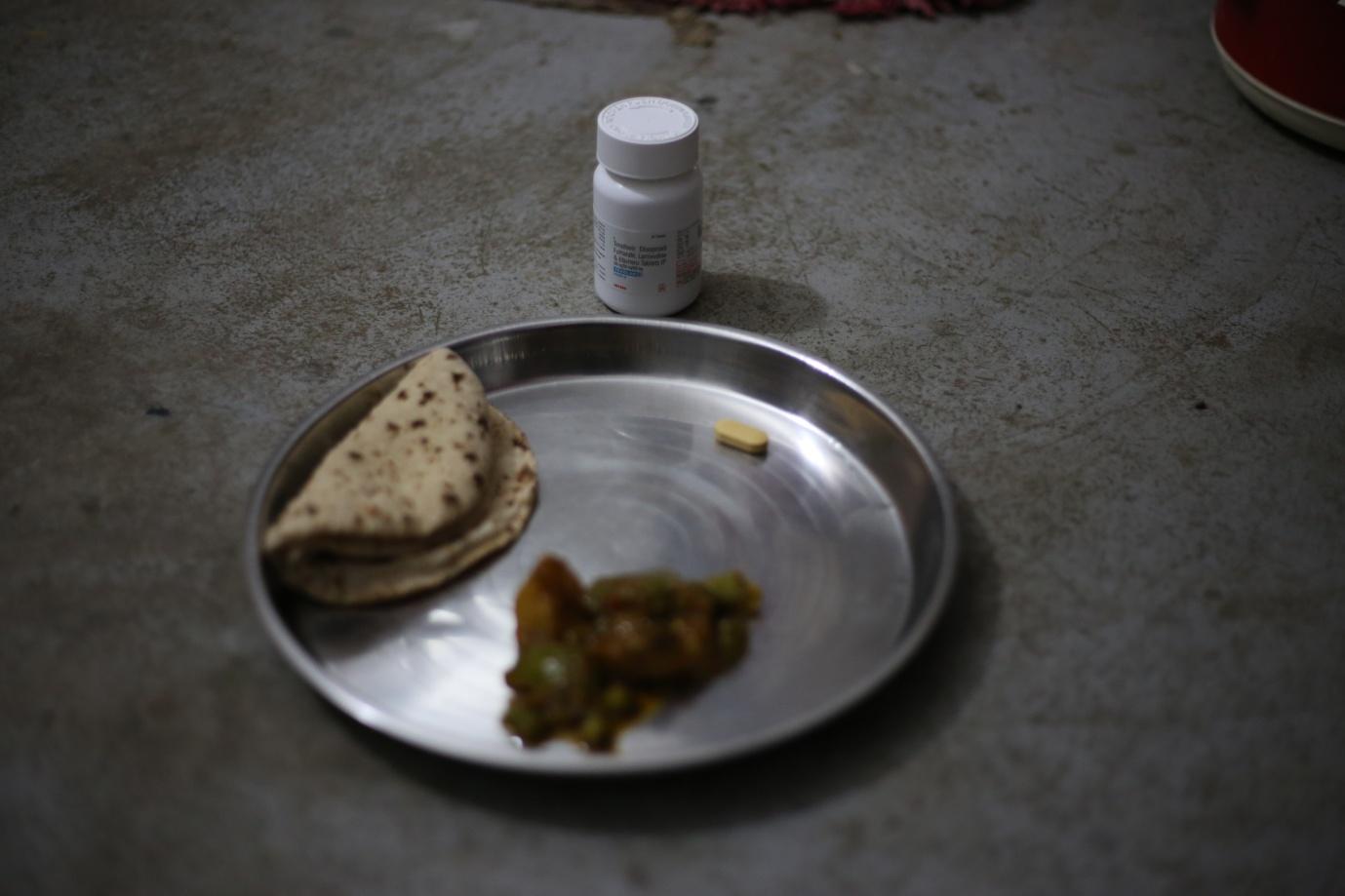 Somya accuses her guru, the most powerful transgender almost of a DON’s figure of that area, of being brutally unforgiving. According to her, she can’t afford to refuse or delay the payments, which she has to make in two equal instalments on two fixed dates in a month, as it often invites violent retaliation from the guru. The guru is said to be armed with typical ‘goons’ -- all transgender. After paying this huge sum she is left with barely enough savings to make ends meet.

Somya denies being a regular drinker but she can’t be taken entirely seriously. Alcohol seems to be a professional necessity in her community, especially during winters when they are forced to hunt for customers under the chilling, dark nights in minimal clothes. She says that she occasionally drinks and only to kill the cold as she cannot afford to miss her regular dosage of antiretroviral drug. Even if she is not lying, her seemingly weak body speaks volume of her carelessness about her own health.

Somya’s family in her village is not aware of her HIV status and perhaps also of her job. She says that she has to live alone with her secrets since it has great potential for earning bad reputation to her family back in the village, and thereby causing serious challenges to the marriage prospects of her sisters and other girls in her family. Somya sometimes dreams of leaving Delhi and moving to some other place like Mumbai at least till the winter gets over. But unfortunately it takes further courage to leave even hell if one gets acclimated to it.