When The Home Is The Workplace

THIRUVANANTHAPURAM: Mary, 58, is one of the many impoverished residents in Kerala’s state capital, Thiruvananthapuram, whose life so far has been riddled by struggles. Not only has she had to live with the pain of rejection and abandonment after her husband walked out on her, she’s also had to figure out a way to earn a living and fight for a roof over her head.

These days, Mary stays in an overcrowded building, eagerly awaiting the completion of her very own home being constructed in vicinity. At 7 pm everyday she leaves her small room, which she shares with her ageing sister and divorced son, to hit the streets for scrap and other recyclable waste. “After the local shops shut down I step out to collect whatever I can sell to a recycling unit. After walking around for two hours my sack usually gets full. It’s quite heavy and at my age it’s not easy to haul it single-handedly but what choice do I have,” she rues.

Whereas gathering scrap is hard work in itself Mary’s next hurdle is the lack of space to sort everything – “it takes time segregate everything and I can only manage to do it thrice a week”. She sells for Rs 8 per kilo and makes around Rs 300 a day. 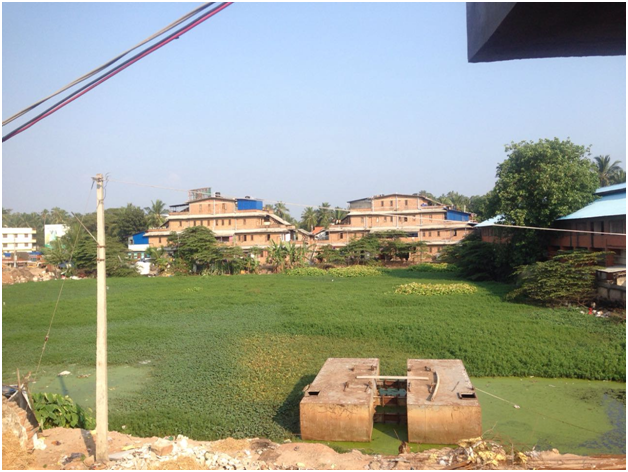 Her son, unfortunately, is of no help because even though he does manual labour at the busy Chalai Market he is reluctant to give his share of household expenses. According to Mary, having dedicated space she could use to store and sort the scrap daily would make her life much easier. “Right now we are three adults staying in a small 100 sq. ft. room. It’s impossible to keep the large bag of scrap there. I have to find places to stash it safely and often I get into fights with the neighbours. I’m waiting to move into our new home. I have been told that we will have a common work area facility as well,” she says.

Mary is right. If all goes well then soon she will be a happy homeowner in a Laurie Baker-designed low-cost housing complex being built under the Jawaharlal Nehru National Urban Renewal Mission. It’s the redesigned, improved version of the infamous Karimpadom Colony, once the site of dilapidated shanties and the stronghold of drug peddlers and crime mafia.

Located near a government sewage overflow pond, communities living here may have been used to the stench and squalor that is a part of slum life, but they are optimistic that the memories of that deplorable existence would fade in the years to come. Laurie Baker’s institute, the Centre of Sciences and Technology for Rural Development (COSTFORD), is spearheading this massive rebuild, which began in 2010 and is expected to come to a close sometime this year. 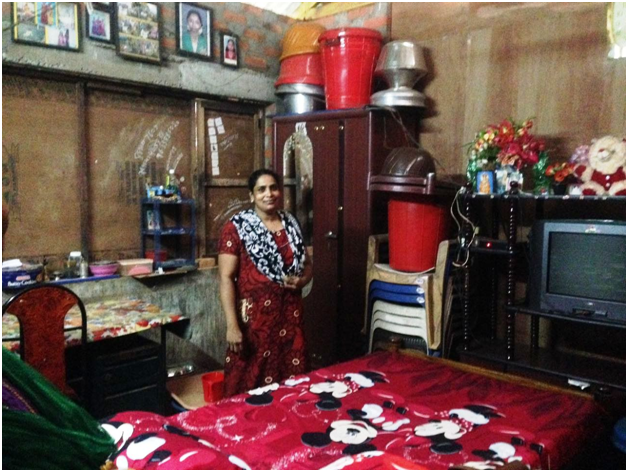 Two phases of the Rs 26 crore-project are already done. The first included an anganwadi centre, an open market, and a Community Health Centre along with 80 houses, while in the second phase 60 houses and a common working area for women has been created. The third phase, under which 180 houses are being constructed, is ongoing.

Like Mary, Geetha, 40, is a single mother of two who works hard to make ends meet. Her husband left her after a nasty brawl in which she broke a leg and an arm. “I stay in the one room we’ve been provided as a temporary shelter. As the space is inadequate I have sent my younger daughter to the village while my elder daughter is around to help me. Despite my injury I can’t afford to rest so I go daily to a roadside eatery where I work from 5am to 3pm, making snacks. I can’t wait for my home to be ready because I want my family together,” she says.

Mary, Awathy, Geetha and scores of other women from Karimpadom do believe their new home will give them a much-deserved new beginning and better earnings.

(Cover Photograph Shwetha E. George:the new house Mary and others will move into)