NEW DELHI: A few days ago, on February 18, a girl was raped in Hauz Khas village at 11.30 pmwhen she was coming back from a party. She took help from the accused who told her that he would drop her home and his car was parked nearby. He took her to the nearby Deer park and raped her in an isolated spot.

On February 22, citizens protested against the rape near the park. Holding posters against the increasing sexual assault against women, the protestors demanded justice and action.

Binalakshmi Nepram, an activist leading the protest said that after the incident, the victim instead of the rapist became teh target of attack. Questions as to why she was in the area alone at night, and why she had asked a stranger for help were raised. Nepram said, “these kinds of remarks were even made by the Delhi police. The accused should be blamed for the crime he committed not the victim. Rape happens because of sick minds that think women are a commodity and treat them like animals.” 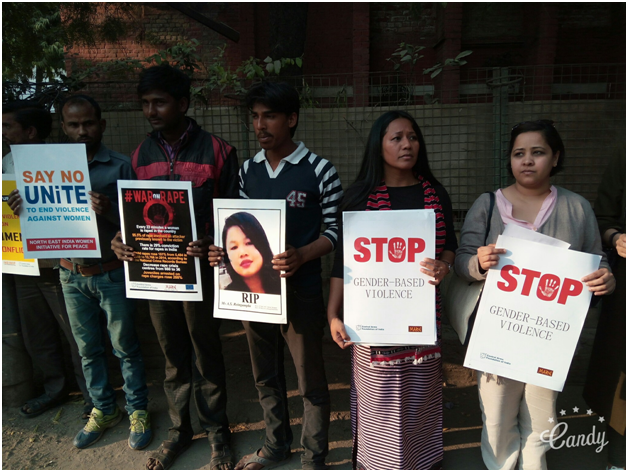 “We have received threats from the people affiliated with power and even from the Delhi Police to not organise the protest. They said that by organising these kinds of protest you are encouraging women to be morally loose,” Nepram added.

The victim is a resident of Manipur. After the incident the accused escaped and was identified a day later by the cops. He did not return to his house and shuttled from one park to another.The police claim to have found him sleeping in one of the parks. 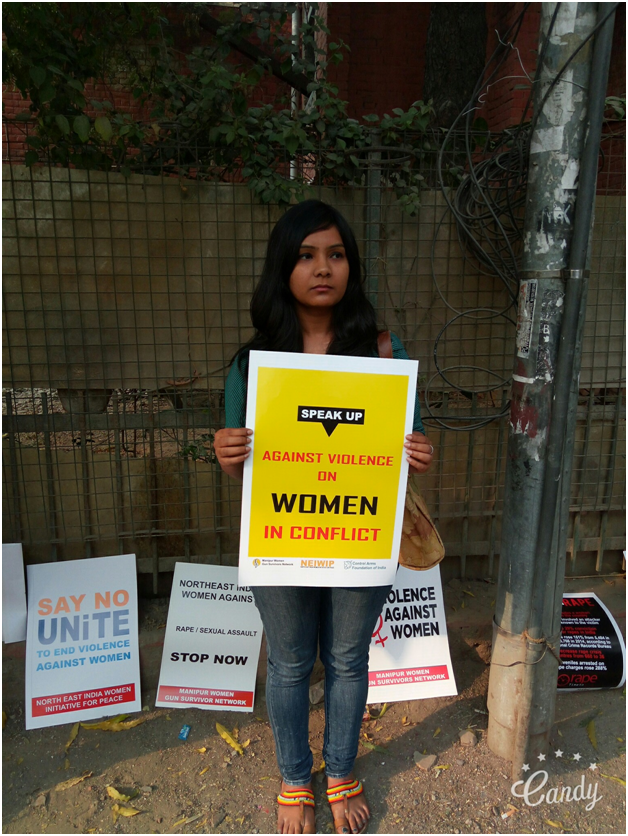 This incident has again raised question on women’s security in Delhi and the National Capital Region. According of Nepram, “women are rightful citizens of the country and still there is leniency in the security. There are no street lights in the Hauz Khas area near the deer park. Any girl can be dragged by a person here and raped very easily.” She further added that, “after the ‘nirbhaya’ incident the government had promised to establish 667 rape crisis centres which have since been reduced to 18 and even these don’t work properly. We want the government to set up rape crisis centre in every district in India.”

Girls from the North East in particular are harassed in Delhi at different levels. Nepram agreed saying, “according to a survey 80% people from the north – eastern states have faced racial discrimination and also molestation, both being very common in Delhi. We want the government of India to pass an Anti racial discrimination act to prevent such incidences.” She further clarified that, “this protest is not organised just because the victim hails from a particular region but for every girl who was molested and raped. The conviction rate in rape cases is been reduced to 25% from 35%. Cases are pending in thousands or even more. Who is to be blamed? We want the culprit to be punished severely and steps taken for the rehabilitation of the victim.” 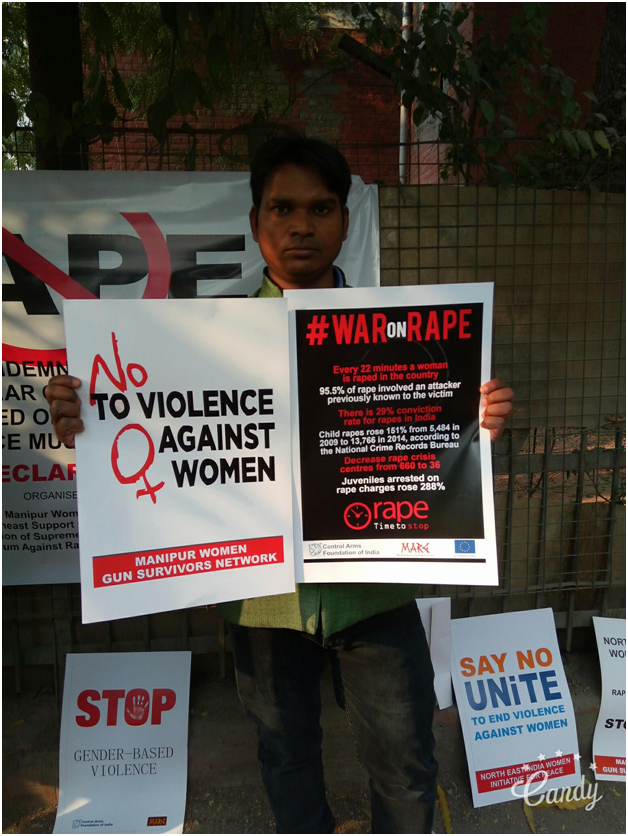 140 cases of rape were registered in Delhi in January 2017 itself. There is always a long list of rape and sexual molestation incidents that are not registered by terrified victims. Many other heinous incidences are reported in various parts of the country.

These incidents go to prove that age is no consideration, and neither are clothes as many custodians of morality insist. A baby of 6 months and woman of 90 years have been assaulted. But still slut shaming hasn’t stopped yet. These types of incidents occurring on a day to day basis are a sign that women security is a major issue of concern, afflicting entire society that is placing hurdles in the right of the victims to file a case, and receive justice.