How An Indian Design Student Is Helping Refugees Across The World

NEW DELHI: Imagine the following scenario... you’re scrolling through your news feed whilst in bed and you come across a headline about the war-torn country of Syria. You read the article and, feeling quite disturbed you decide to sleep, thanking your stars that the destruction that plagues the thousands of innocents in Syria cannot touch you. You feel sorry for them of course and hope that they find peace and happiness one day; the point, however, upon which I wish to draw your attention to is this: after your concern, sympathy, well-wishes, and prayers, you fall asleep.

You have that privilege, of falling asleep without the sound of screams and gunfire to keep you company, of being sure of waking up to see your loved ones the next morning. All that the night holds to scare you crawl out of horror movies and midnight ghost stories; our privilege spares us the horrors that plague the real world today.

You have the privilege of calling a designated space in your country your home, and the thought of one day losing that privilege is unimaginable. How can one ever be forced to flee one’s own home? A situation can never possibly come to that point, can it? Can one’s life ever reach such a state when you don’t have a country to call your own, because continuing to live there would not guarantee another day of one’s life?

It can, and millions of people around the world can testify to that fact. Not everyone is protected against the evils of the world by a bubble of privilege. It is this very bubble that causes us to ignore incidents that make us unsettled and ‘uncomfortable’. There are millions for whom this very discomfort that we shrug off as a minor inconvenience is a hard and unavoidable reality.

Starting afresh is always difficult, and one would feel that especially in the context of shifting homes. To pick up and start afresh is always a Herculean task, especially when the emotional aspect of leaving the previous home exists. Now add to this other dimensions, the first being that the decision to move is not your own. You are forced to leave your home because everything that you once knew has been transformed into a battleground. To protect your life and that of your family, you have no choice but to leave the country you called home, which is now an unrecognizable wasteland of ruins.

The second and even more disconcerting aspect is the question of where you will now go. You lack food, money, clothes or shelter and do not know if the new ‘home’ towards which you are headed will accept you. You strive on with only hope to keep you going until finally you reach your potentially new home. While you think that you have left the absolute worst behind you, there are several hurdles that lay before you.

The time that it takes to complete the paperwork when registering oneself as a refugee in a new country is supposed to take a few weeks at best, however this has not been recorded as being the reality of the situation. Completing the process can take up to months, thus implying that the refugees are devoid all the while of proper ‘homes’. They are forced, after the trauma of escaping a nightmare of bullets and death, to live in shabby tents for months on end, shivering till they fall asleep. It is exactly this temporary living condition that Sanjana Paramhans wishes to address and drastically improve.

Paramhans is a recent graduate of Pratt Institute, with a BFA in Interior Designing and “during my yearlong thesis, under the advisement of my thesis coordinator Deborah Schneidermen, I touched upon the ongoing issue of refugee resettlement.” This is an issue that requires the desperate attention that Paramhans has provided it through her critical study and impressive design.

“While thinking of the concept I tried to keep in mind what would be most important for the refugees, which would be the sense of permanency in a temporary situation. I also thought it was important to create a system that would be flexible for use, and to create a sense of community,” said Paramhans to The Citizen. It is through her concern for the well-being of these people that we see an act of humanity that is lacking today. 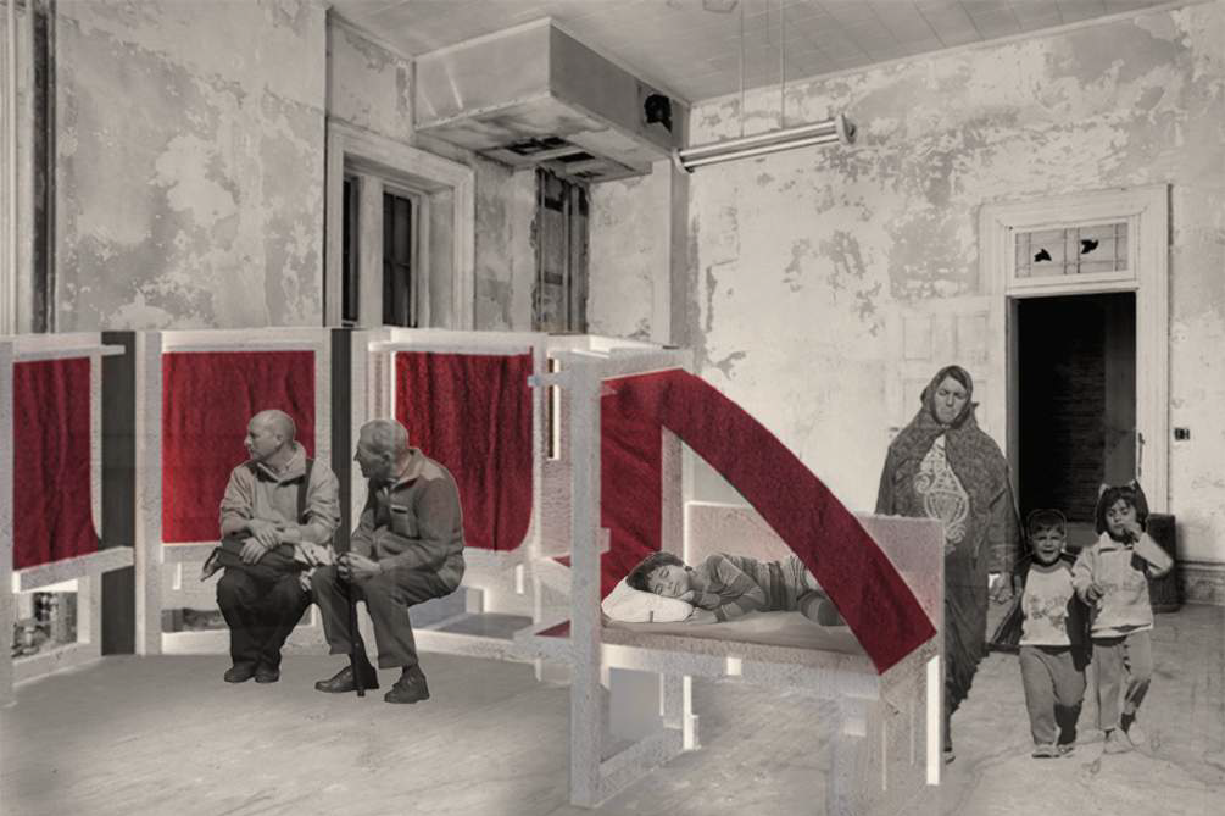 Talking about the design of this temporary establishment, she goes on to say, “The system I have created (a prototype) is easily packaged and shipped. It is made from fiberglass reinforced gypsum which makes it extremely light weight, while not compromising its structural stability. It is created in such a way, that it is easily built with two people under an hour without using and electrical hardware. I achieved this using two panels and a slotting system. After a lot of deliberation, I created a system that could be combined to create a community space. The System has a bed and a storage space, the bed can also be converted into a chair. To enforce permanency, I tried to pay attention to privacy, not only for the inhabitants, but also their goods.”

The main aims of this design are to provide a semblance of permanency in a temporary situation while at the same time “addressing requirements for privacy and fostering community engagement”. It is far from the cold and unwelcoming tents that the refugees are provided with. It even comes with an incorporated roof and the whole design is focused to accommodate “individuals to a large family”.

While most of us are lucky enough to not have to worry about these issues, there are those like Sanjana, who although may not have been directly affected by it, acknowledged the urgency of situation and provided those affected with a solution that shall make their lives significantly easier. Ideas can change the world and this is definitely among those that will. 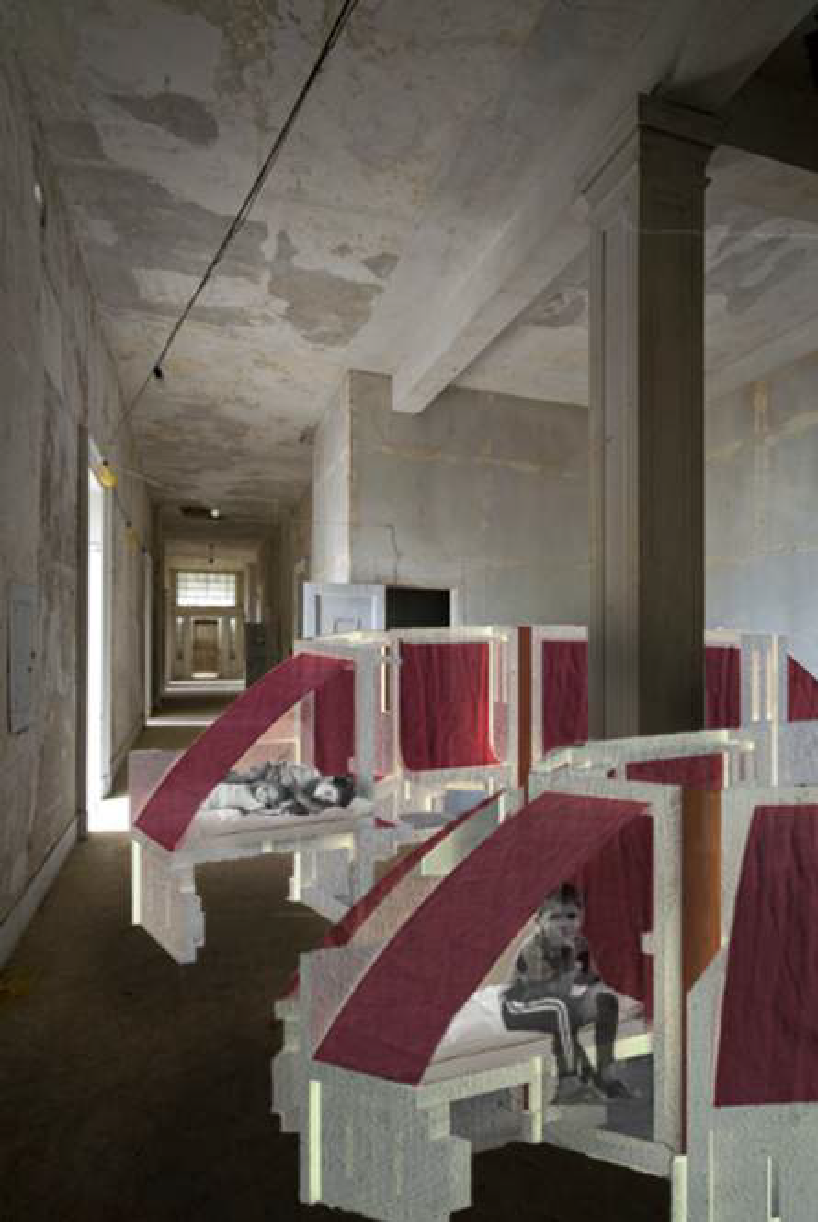 Therefore, endeavouring to step out of our bubbles and avoid ignoring those headlines that disturb us is what demands to be done. Privilege blinds us from the suffering that forms the reality of most around us but seeing beyond that is what the world needs. The voice of those suffering needs to be amplified by those in positions better than them, because apathy is not the way forward. This dying world cannot be salvaged in isolation and thus working together to eradicate the evils that haunt humanity is an urgent necessity.