DUSU Elections: Who Is Going To Clean Up The Mess?

For every north campus college resident, DUSU elections are a much talked about subject. Be it talking about the bizarre show of muscle power or money or spotting grand SUVs with party posters stuck on them or the thousands of pamphlets lying around in the campus. DUSU elections have time and again continued its legacy of leaving the campus in a complete mess.

Ramjas, famed as the hub of DU politics, has been over the years, littered with party posters. One look at the college cafeteria and you will know exactly what I am talking about. With posters literally flying all around and party candidates with dozens of garlands around their necks interrupting classes for vote appeals every time they like and the ridiculous bursting of crackers at odd hours, for thousands of DUites, it's no less than a failed circus - a circus that many regret booking a ticket for.

But one look at the manifestos of all those young people, who in soaring heat, go around campaigning from college to college, from class to class, make me question my stand. Is it necessary to despise them just because I am politically non-aligned or just because in my opinion they don't seem deserving enough. The answer is no. 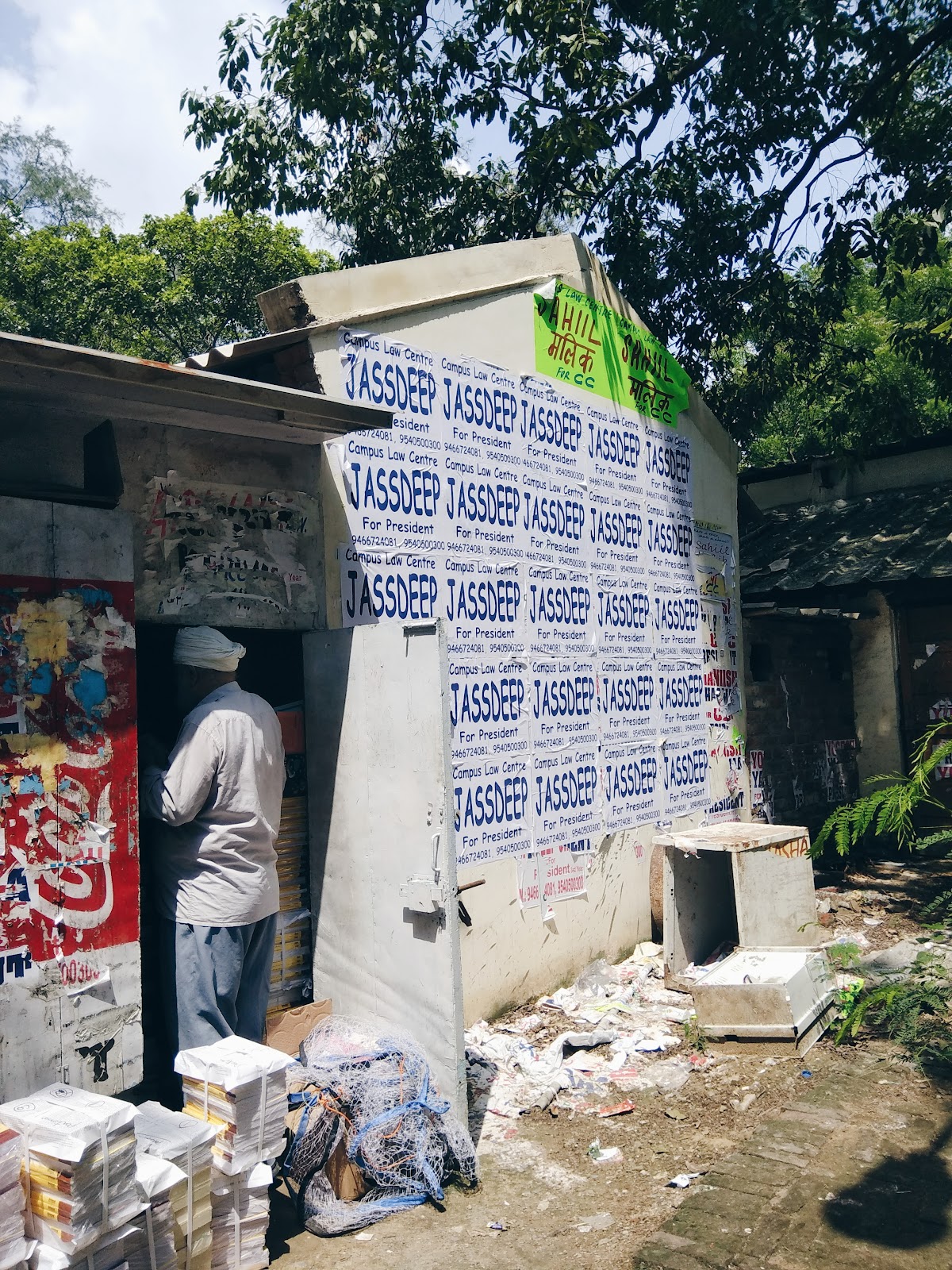 I don't despise them because of the above two reasons. Instead I despise them because they have failed to give me the assurance of transparency, that they haven't stuck to the 5000 rupee DUSU budget or recommendations by Lyngdoh committee and the Green Tribune's order to stop defaming public property and not use posters.

How do you expect thousands of students like me to vote for such people, who fail to abide by such trivial codes of conduct. The reason many students alienate themselves from university politics is because they have some serious trust issues.

In spite of seeing a leader, all they see is some loud dubious looking person, backed by rich politicians, whose promoters go around monotonously chanting his name hoping that would magically flock in voters.

The real question is – Aren't DUSU elections an electoral character of the country rather than a democratic exercise centred on students’ interests?

Lastly, would the students of DU, the most prestigious university, in the entire nation, famous or infamous for its ridiculously high cut-offs that attract the brightest students of the country, vote someone merely on the basis of the campaign expenditure? I think they are smarter than that.

I hope 2018 DUSU elections will be less about meaningless messy posters and more about meaningful interaction with party candidates and students, paperless campaigns, trust building and transparency. Till then let’s hope, the people of North campus would volunteer to clean up the mess.