Bullet Train Vs Railway Safety: Twitterati Have the Last Word!

NEW DELHI: Bullet trains are in the news, as Prime Minister Narendra Modi laid the foundation stone for a high-speed line in Gujarat on Thursday. The project has been made possible by a $12 billion 0.1% interest loan from Japan, which is part of a deepening economic friendship between New Delhi and Tokyo that both countries hope will act as a bulwark against Chinese influence in Asia. The foundation for the Shinkansen line was in fact laid during Japanese President Shinzo Abe’s visit to India.

“This is the new India and the flight of its dreams is endless,” PM Modi said at the ceremony. “The bullet train project will bring speed and employment. It is human-friendly and eco-friendly.” The line will run from Ahmedabad to Gujarat, and is to be launched on August 15, 2022 -- the 75th anniversary of Indian independence. The trains will have a maximum speed of 350 km/hr -- more than twice the speed of India’s current fastest train.

And while it is true that India’s railways are fairly outdated, the prospect of bullet trains has sparked a huge debate, with critics slamming the government for prioritising insignificant issues. In a country where poverty, malnutrition, infant mortality etc remain huge challenges, many say such a colossal investment in a high speed rail network is meaningless.

Others have highlighted the faultlines in the current railways -- saying that instead of spending money on establishing a new high speed network, money and time should be spent on the existing infrastructure and safety protocols. The Indian railways have a horrific safety record. In 2015, the most recent year for which data is available, more than 33,700 people died in train-related accidents. PM Modi in fact replaced the railways minister after the horror 12 months that followed, including an accident last November that killed 150 people.

Social media was filled with critical comments following the laying of the foundation stone -- some funny, some not so much.

A Humans of Hindutva post on Facebook compared the ‘bullet train’ to the bullets that have killed Indian rationalists and secularists in recent months, the most recent being the murder of journalist Gauri Lankesh in Bengaluru. “Come take a ride on India’s bullet train,” the post read. 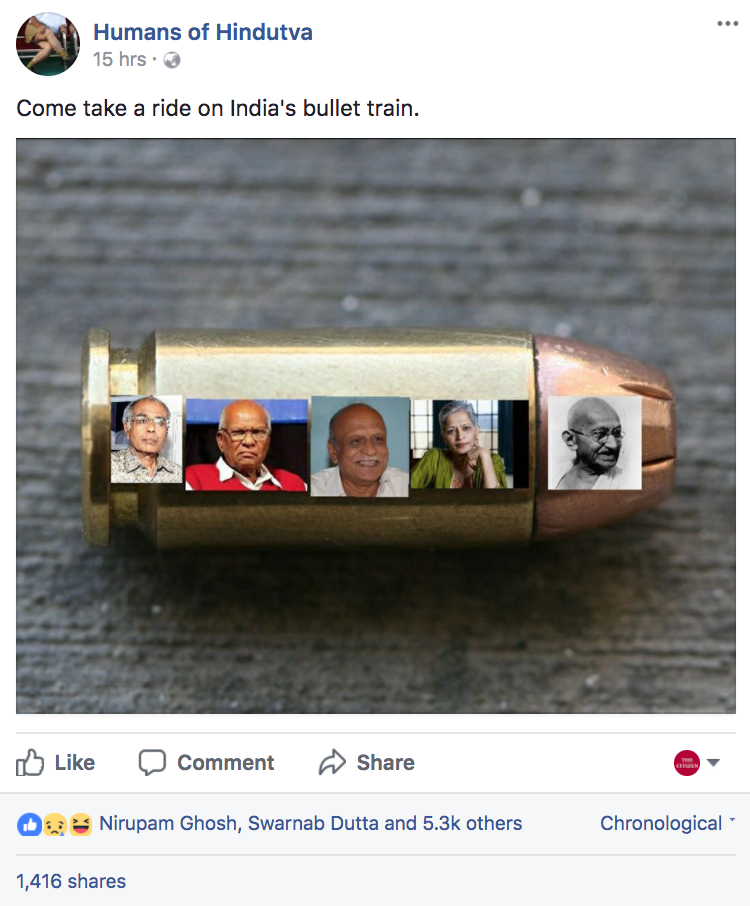 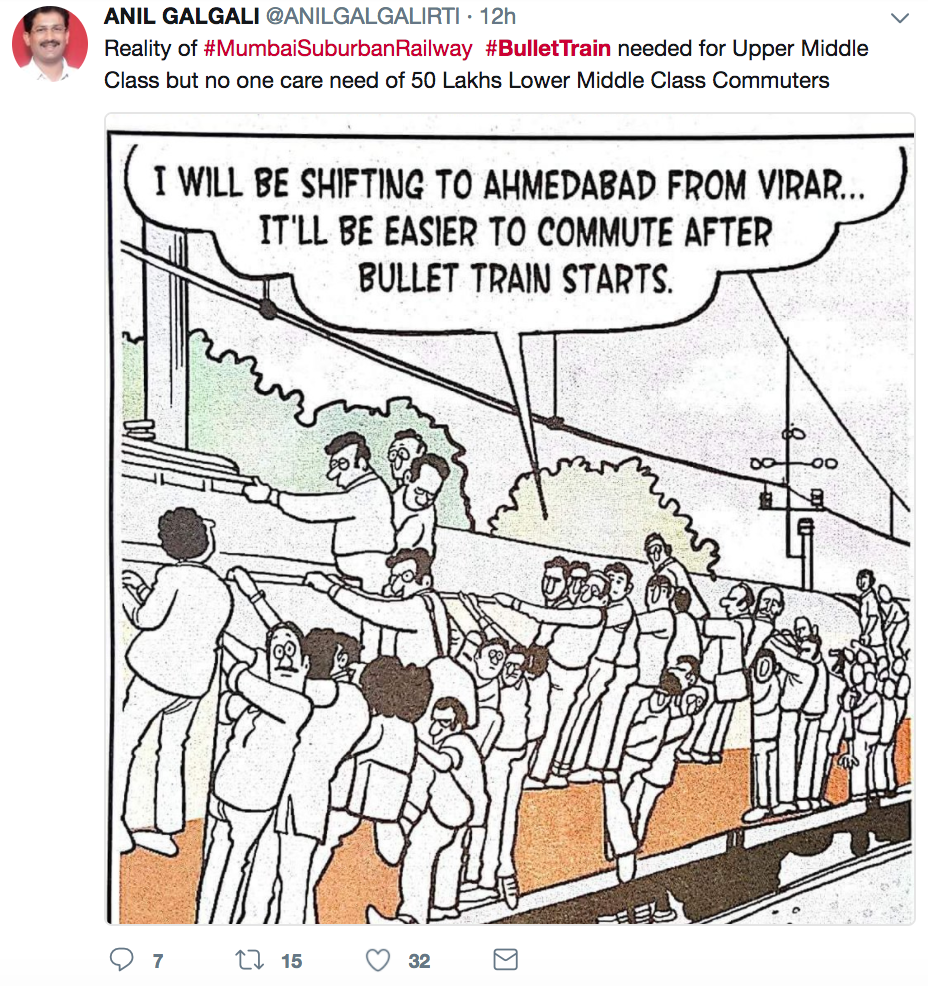 One user found a unique problem with the bullet train: 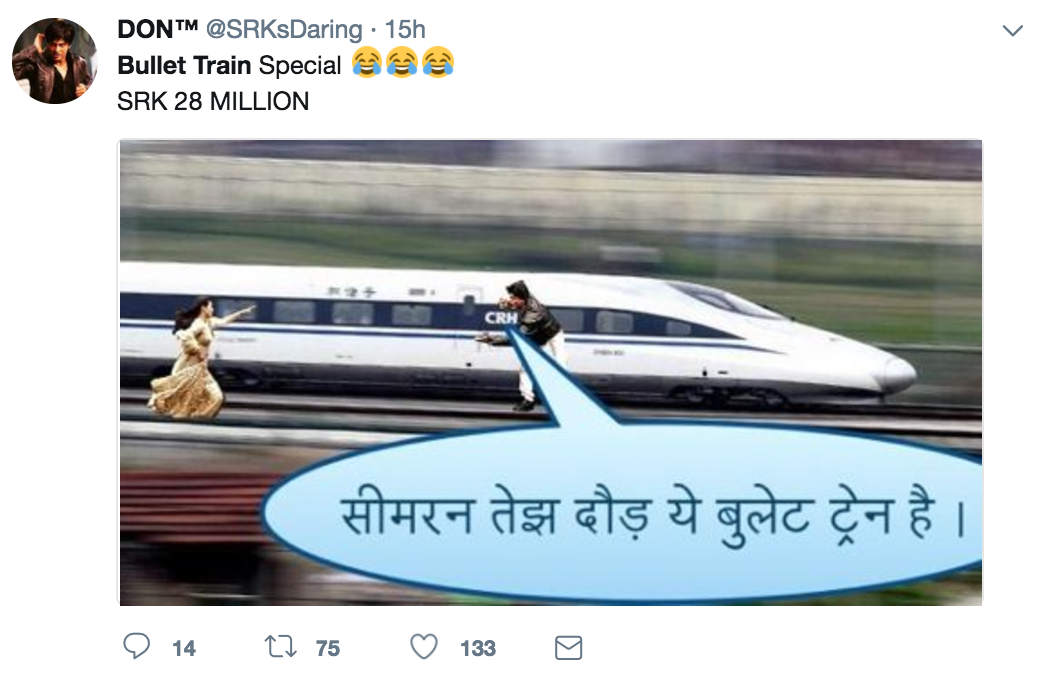 The trains have been cartoonists’ favourite subject since the announcement: 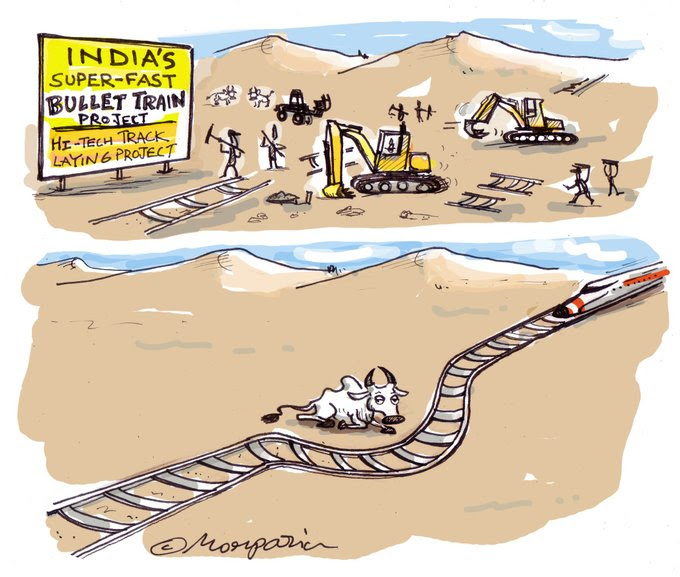