Trekking Through The Valley Of Flowers

Valley of flowers, also called Nandan Kanan (the mystical and magical garden of heaven) is located Chamoli district, Uttarakhand. The name originates from the legend associated with the place. The first supposes that god showered flowers on Lord Lakshman; that later took bloom. The second legend is that flowers were showered on Guru Gobind Singh Ji and it became full of flowers. It was declared a National Park in 1982 and a World Heritage site by UNESCO in 2004.

At 3352 to 3658 meters above sea level, the gentle landscape of the Valley of Flowers National Park complements the rugged mountain wilderness of Nanda Devi National Park to the east. Together, they encompass a unique transition zone between the mountain ranges of the Zanskar and Great Himalaya. The park stretches over an expanse of 87.50 km2 and it is about 8 km long and 2 km wide. This richly diverse area is also home to rare and endangered animals, including the Asiatic black bear,[1] snow leopard, musk deer, brown bear, red fox, and blue sheep. Birds found in the park include Himalayan monal pheasant and other high altitude birds. 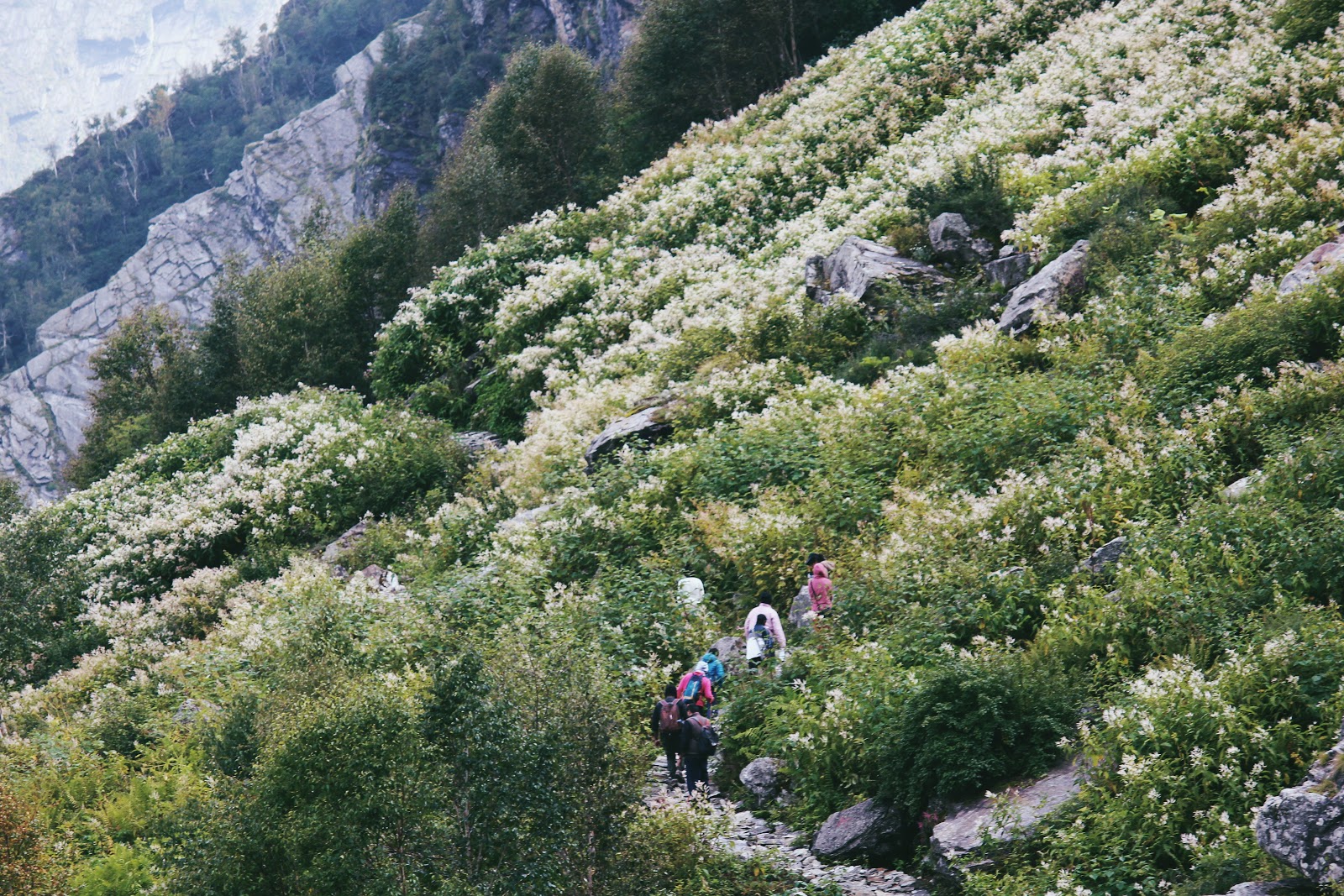 The place was little known to the outside world due to its inaccessibility. In 1931, Frank S. Smythe, Eric Shipton and R.L. Holdsworth, all British mountaineers, lost their way while returning from a successful expedition to Mt.Kamet and happened upon the valley, which was full of flowers. They were attracted to the beauty of the area and named it the "Valley of Flowers." Frank Smythe later authored a book of the same name. 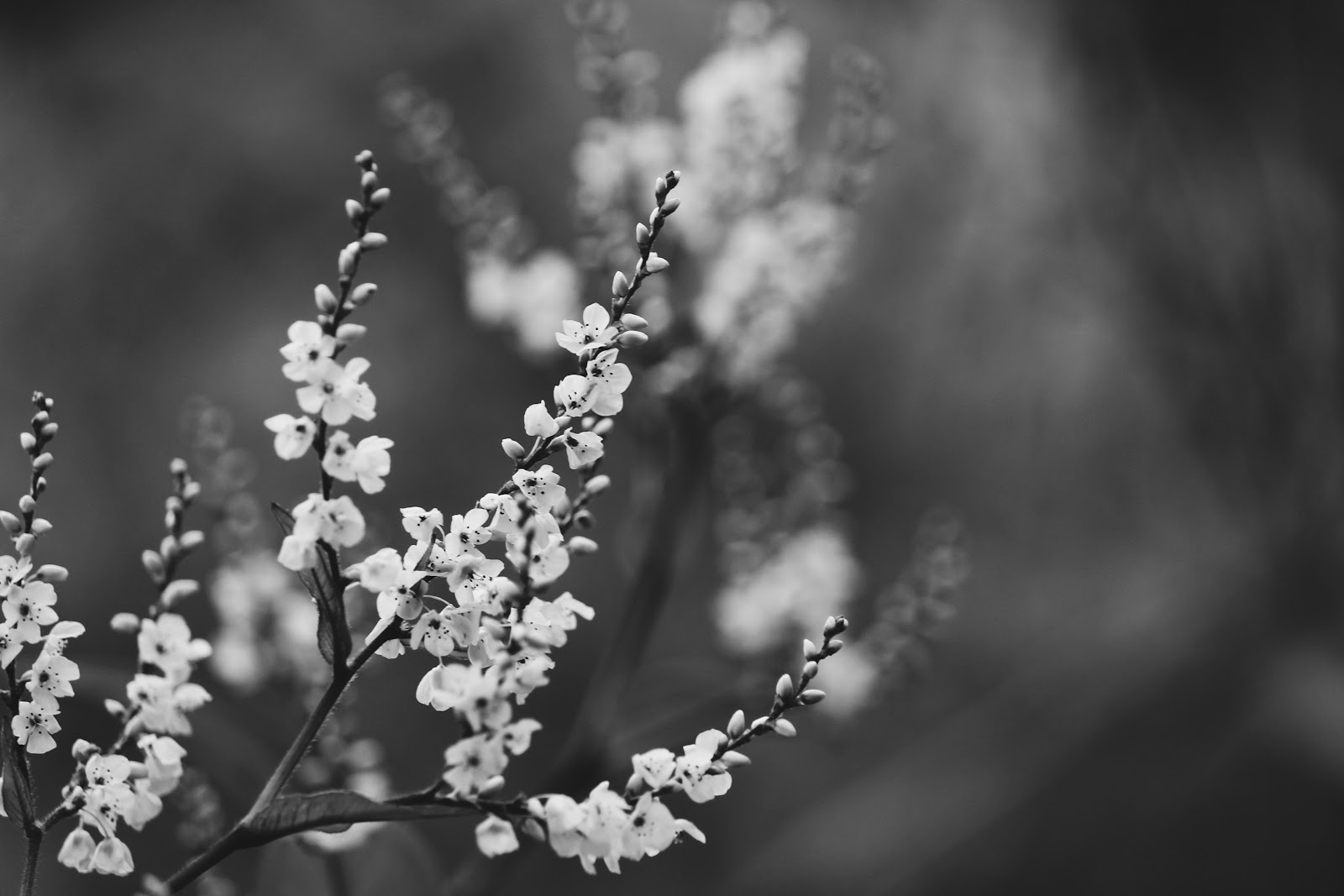 Getting to the Valley of Flowers requires a trek of about 17 km (10.5 mi). We were blown away by the park. The most interesting thing about the day of the first trek is that we were on the road to embark a journey to one of the remotest place of India that promised prolonged lack of contact with what we optimistically call ‘civilization’. But visiting it was not easy, the rugged terrain limits your speed and you need enough time in hand and prior planning. We were a group of ten people who started out late, already exhausted from the 14 hour long bus ride from Delhi to Chamoli. It may be a good idea for the ones who want to push their physical limit. However, I wouldn’t suggest this trip to people with serious 'health or fitness issues as it is a physically demanding trek. A 14 km trek from Govindghat along the Laxman Ganga took us to Ghangharia. 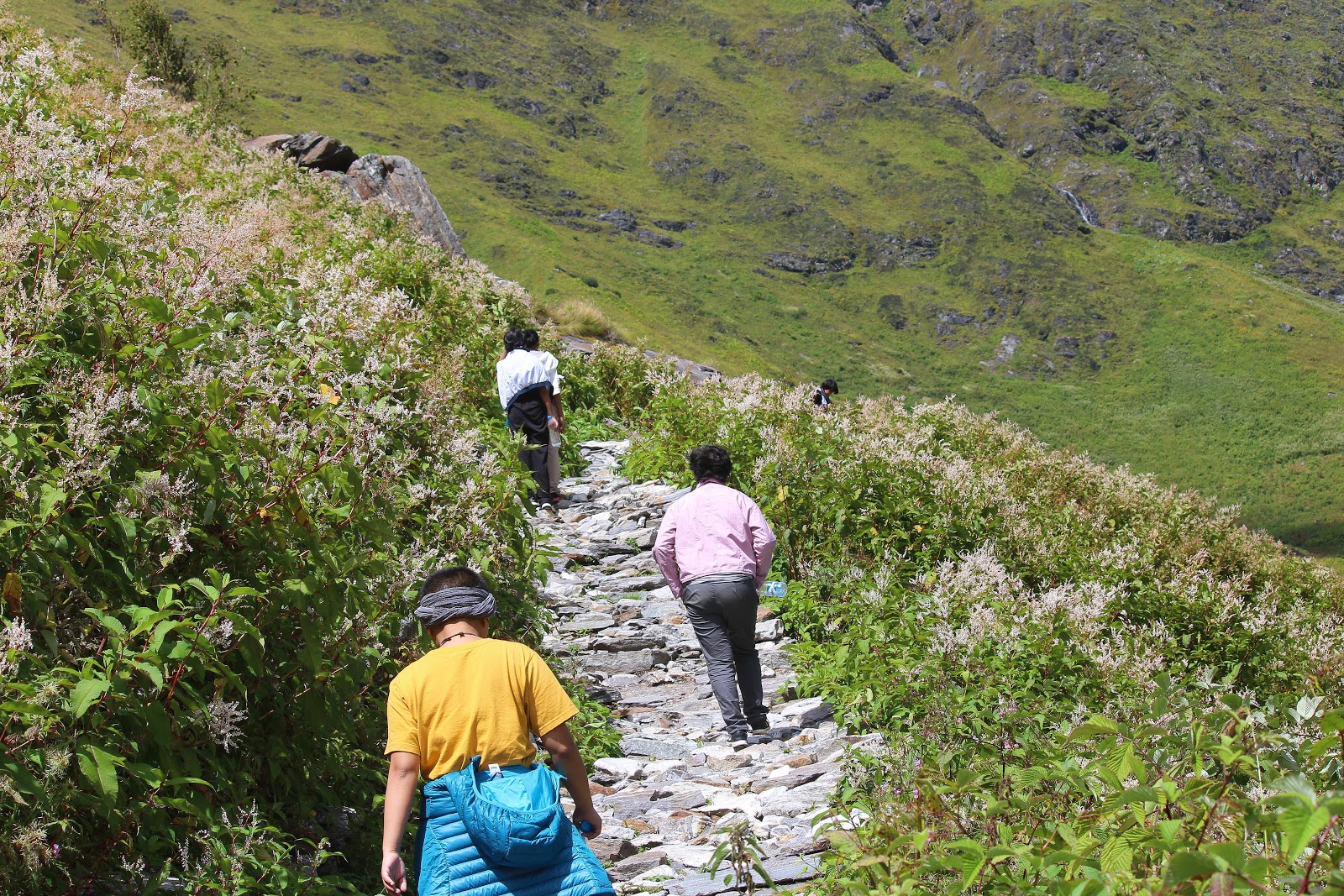 The entire route leading to the valley is a photographer’s paradise ,more than 600 species of flora is said to be inhabited along with various animal species. We missed watching the valley in full bloom since we visited in the last week of September.

Govindghat is sparsely populated and it only exists as a transition point fir travellers who are either going to Valley of Flowers or go higher up the highway to Badrinath. The trek took us a total of five hours and halfway through the journey the sun began setting. Packing light is the key, we took with us the bare essentials since the entire route is lined with small shacks selling biscuits, chocolates, drinks as well as cooked food. Some stalls even had satellite phone booths for emergency. 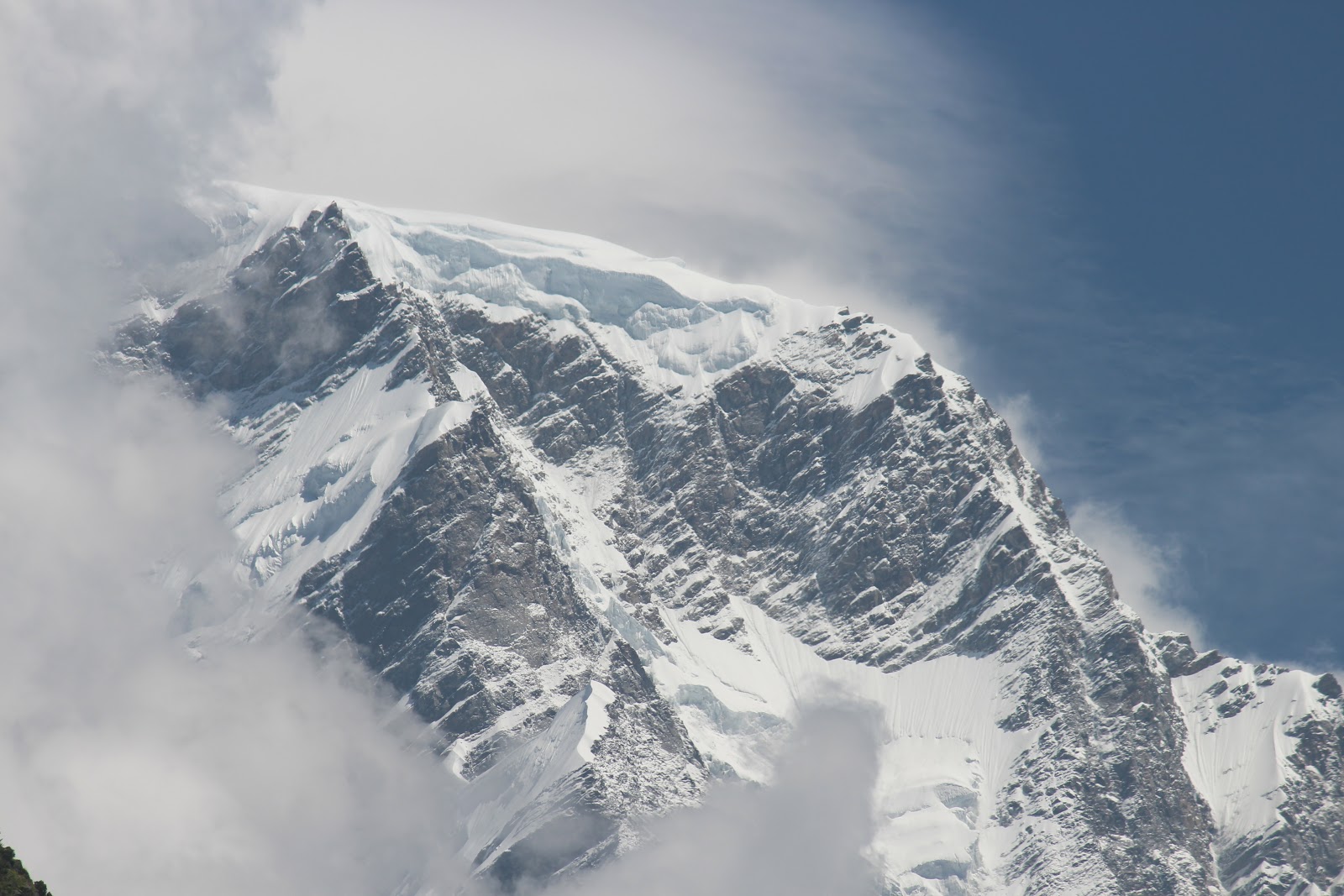 When we reached Ghangaria it was evening and we pitched our own tents to get enough rest to be able to trek the next day. Since it was monsoon time, it was eminent that it would rain post 2 o'clock, and it did.

The next morning the sun came up and we set out for our destination at around 10 am. It is basically an ascending trek around 4 kilometres long. Valley of flowers is a protected area, part of the Nanda Devi Biosphere Reserve. We paid a miniscule fee at the entrance and while walking past it we were greeted with a Himalayan Monal. 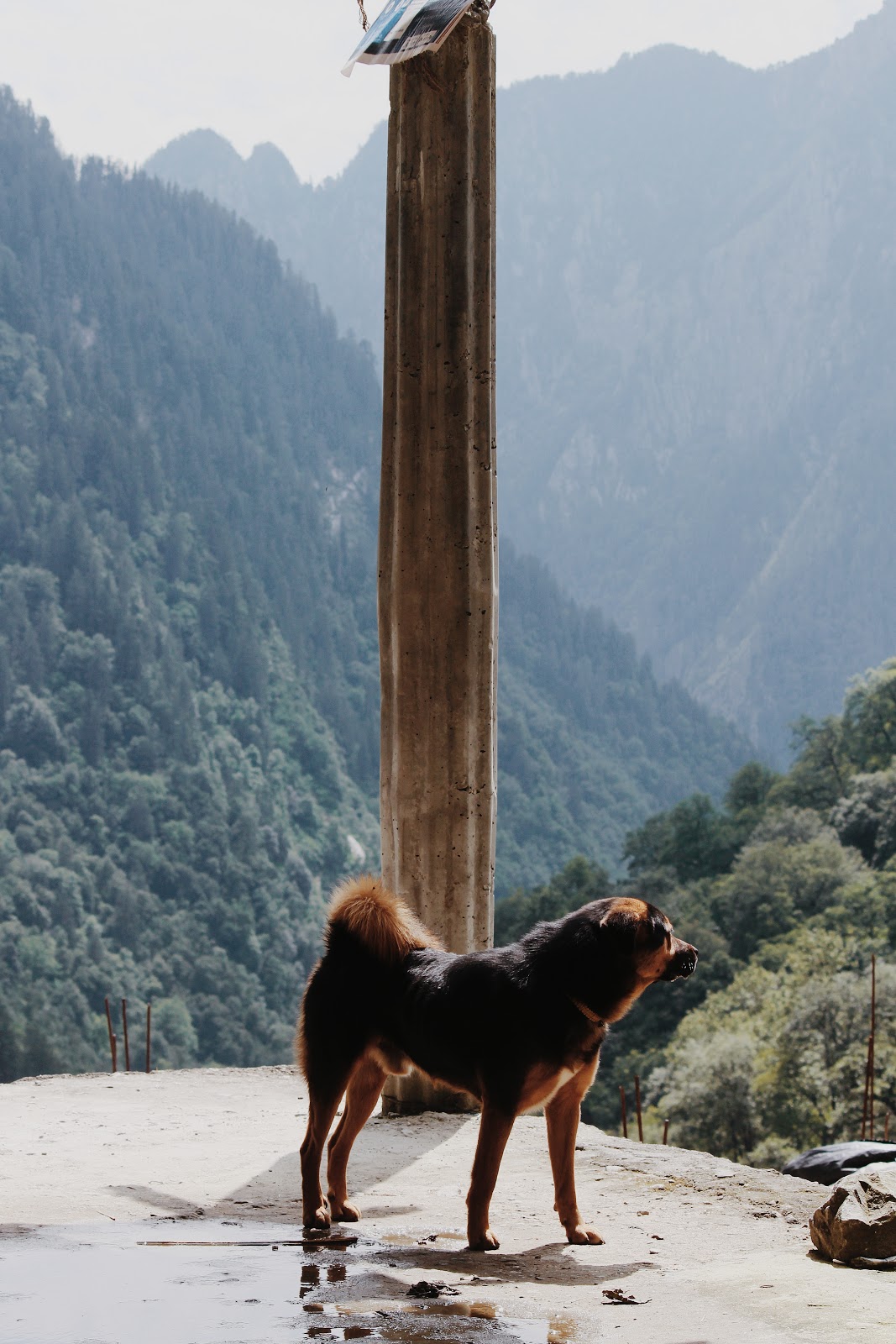 My eyes as well as my senses feasted on a series of jaw dropping views. The valley stretched 5-7 further, until it ends with a glacier visible at a distance. After spending a few hours there, it was time to come back. The descent was smooth and eventless. We were back to the base camp by 5 in the evening. We spent that evening sitting around a bonfire talking about how we never wanted to leave from all that tranquility back to our monotonous lives.