What was Mahatma Gandhi’s view on the Jewish National Home?

NEW DELHI: In 2011, when Pulitzer Prize winner Joseph Lelyveld published his book ‘Great Soul: Mahatma Gandhi and His Struggle With India’, it caused massive uproar, primarily because of its orientalist prism of looking at the life of Mahatma Gandhi, sensationalizing his personal space to create a hyper-reality, eventually to manufacture consent and create ‘the true’ narrative.

The point of irony is not that the idea of Gandhi cannot be questioned; because it is a must for any democratic debate, but instead the evidence that is shot into limelight to question his reality speaks more about the author himself than Gandhi. As in the absence of an absolute truth, facts are often projected in defense or apathy, over and over, so that with due time, they become the reality. One such endeavor has been the recent book ‘Squaring the Circle: Mahatma Gandhi and the Jewish National Home’ which goes into in-depth study, scrutiny and interrogation about Gandhi’s own identity and to what extent he himself understood the idea of a ‘Jewish National Home.’

When E.H Carr wrote ‘What is history’ in 1961, he clearly mentioned how history is in fact created, moral judgments are endowed and eventually how the historian uses the facts to create an objective picture which can be entirely accurate and also independent of any human opinion. Carr revealed how historians used particular facts of the past to purposefully make historical facts. As he strongly states that every historical fact is subjective, as history is a continuous dialogue between the past and the present. Thus, it is important to keep this narrative in mind when the book ‘Squaring the Circle’ presents facts, trying to create an opinion from an empirical point of view and should be scrutinized only as a narrative but not the absolute truth. 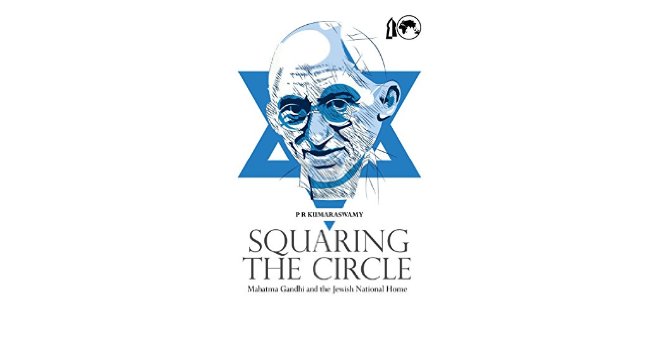 The idea behind ‘Squaring the Circle’ is to portray how Gandhi had limited knowledge of Judaism, his close association with the Jews and his superficial understanding of Jewish nationalism caused him to err. With twelve succinctly written chapters, the author tries to create, quite subtly, a narrative supporting India-Israel relationship by providing necessary facts, evidences and proofs. Though, unfortunately the lack of neutral stand, which gets even more apparent towards the manner in which the conclusion has been penned down, reveals the caveats, ideological biases and judgments.

One can say that sociological inquiry principles of dealing with qualitative and quantitative data analysis focuses on two patterns: inductive and deductive research. Unfortunately, the book ‘Squaring the circles’, perhaps created with an urge to be a scared testament at the pedestal, follows none, creating hypothesis after hypothesis to suit the pattern of thought creation. 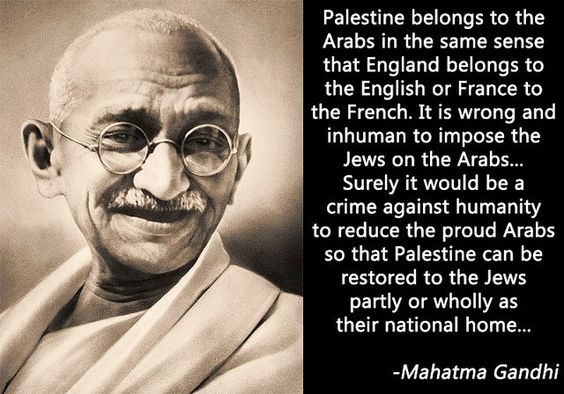 For example, juxtaposing Gandhi’s views about the scarce Jewish population in India while defending his take on cancelling the term ‘Hindustan’ for India and thereby creating empathy for Jewish National Home in Palestine is a far-fetched idea. As the author talks about the complex web of reality, isn’t this co-relation in between domestic Indian politics for ‘secular’ theme with Israeli-Palestinian conflict, a bit too over simplistic? Often the author criticizes Gandhi for having an Islam centered prism to look at Judaism, but fails to explain what concretely caused this prism? The importance of HSL Polak in introducing Gandhi and shaping his destiny is revealed, like him defending Gandhi in his ‘struggle in defense of the rights of Indians in South Africa’, but the book does not explain why Polak, who came to South Africa for reasons of health, eventually identified with the Indian cause? Also, what impact did Gandhi have on his Jewish friends and how it affected their political reality is not touched with great detail.

Though the book gives a strategic insight into concrete and decade-by-decade association of Gandhi with the Jews and later Zionists, it fails to give insight into the particular reasons that Gandhi actually supported Palestine. In fact, it is not explained correctly as to why Gandhi’s desire to visit Palestine remains unknown till now. Though the idea of Palestine dragged into Indian politics (before and after Khilafat movement) has been explained, the entire blame of this modus operandi has been put on Gandhi himself, which is not fair or far-sighted. The interaction of Palestinians with Gandhi, how and when they took place have no mention at all.

Towards the end, the book in spite of being very in-depth, interesting, ironical and even tantalizing tries just to create an idea of history, an idea of Indian Freedom Struggle with a colored lens, which does not do justice. If the narrative of both Palestinian and Zionist side was explained, decade after decade in defending this empirical study, it would have been a more nuanced study. Nevertheless, the book is definitely a must-read to understand the Indian Freedom Struggle and the pressure faced by Gandhi in a narrative that has been absent from the academic discourse till now. In spite of being utterly one-sided, the dialogue that it creates between the past and the present does remain enterprising, scholarly and yet debatable.

Soul Of A Wounded Warrior 9 hours ago

How Beethoven Introduced Mira Behn to Gandhi... 9 hours ago

Fear Inside a Refugee Camp, a Kilometre from Shaheen Bagh 11 hours ago

A Decade for Dibang? 12 hours ago