Twitter reacts to the claim that Pakistan is interfering in the Gujarat Polls.

NEW DELHI: The Gujarat Elections have predictably taken a vitriolic turn, with the latest barb being the accusation that Pakistan is interfering in the elections on behalf of the Congress party. The claim was made by our Prime Minister, who said that leaders from the Congress held a secret meeting with current and former Pakistani officials just a day before now suspended Congress leader made his infamous “neech” remark.

The meeting at Aiyar's house continued for almost three hours, the PM said, adding that "the next day, Mani Shankar Aiyar said Modi is "neech" (a vile man). This is a serious matter."

"(On one hand) Pakistan Army's former DG is interfering in Gujarat's election, on the other, Pakistani people are holding a meeting at Mani Shankar Aiyar's house. After that meeting, people of Gujarat, backward communities, poor people and Modi were insulted. Don't you think such events raise doubts?" the Prime Minister added.

Now, Pakistan often makes its way into election rhetoric, most famously perhaps in Bihar when BJP President Amit Shah declared if the BJP were to lose the polls, crackers would be burst in celebration in Pakistan.

This time, however, the claim that Pakistan is interfering in the election, has prompted even more outrage. Many have pointed out that the allegation that Congress leaders secretly met with Pakistani officials the past week is entirely baseless, with the party issuing a formal denial.

Others have said that the PM’s decision to bring in Pakistan shows the BJP’s increasing desperation. 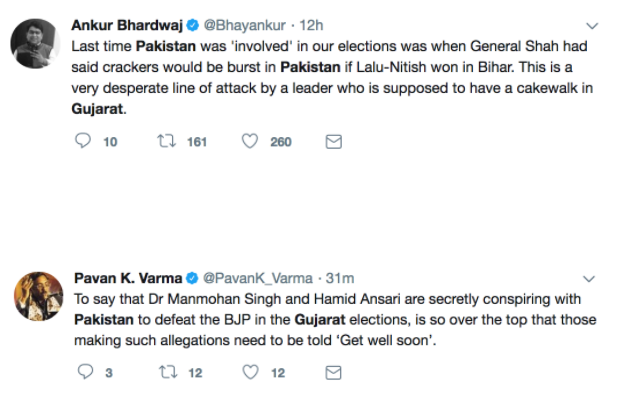 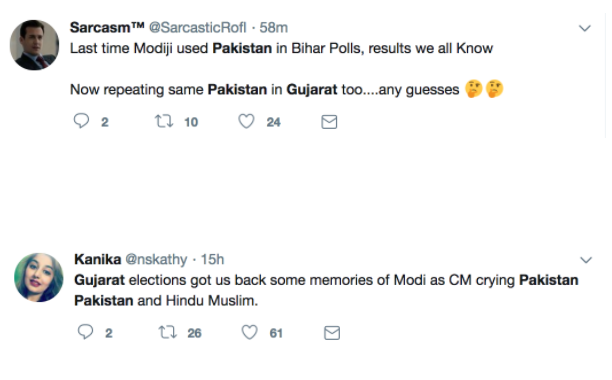 Others pointed out that Pakistan, of course, is involved in everything that happens in India…

A few people said that if there was any truth to the allegation, why hasn’t the Pakistani High Commissioner to India been expelled? 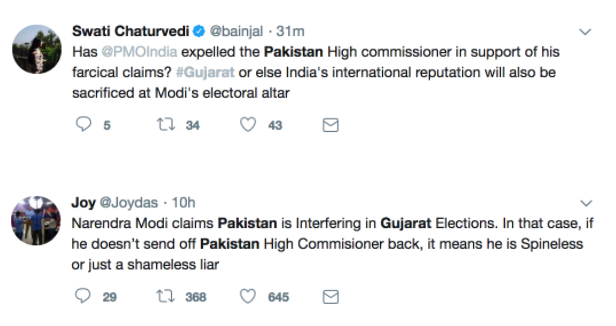 There was some humour too. 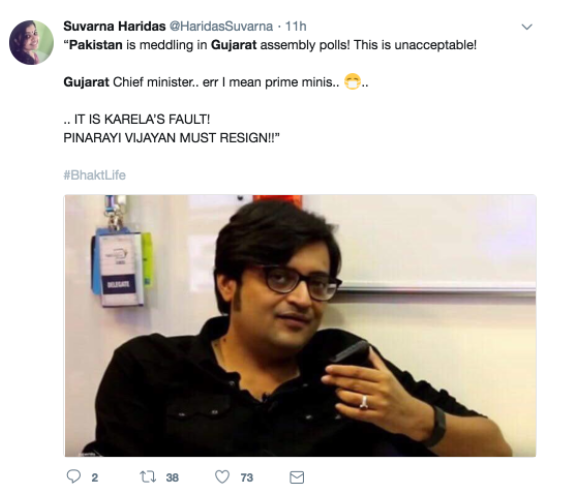 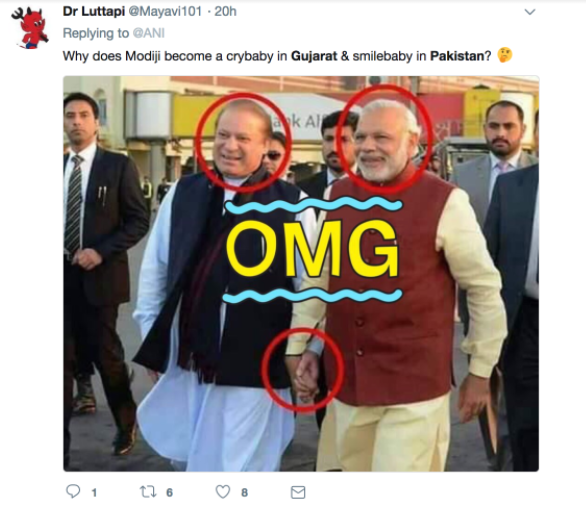 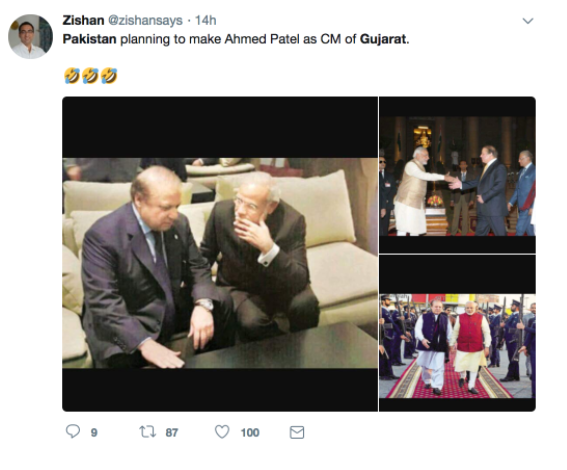 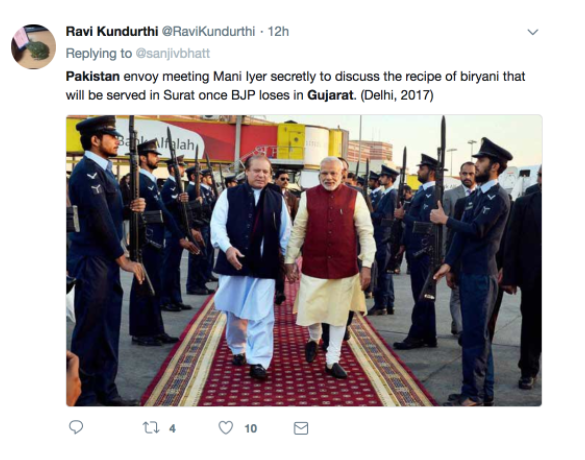