It is necessary to preserve art forms from the archives of India's cultural past.

Tikuli is the word that is used locally to describe bindi, a dot worn between the eyebrows as an accessory, but it is much more than just an accessory. In the past, the bindi was created as a symbolic means of worshipping intellect and conserving the modesty of women. But in contemporary Bihar, it has now become a symbol of empowering women.

Traditionally, tikuli art was limited to decorating bindis. Tikuli is gotten from “Tikli” or “Bindi”- the dab like frivolity with glass base and gold foil leaves in an assortment of plans decorating the temple of most ladies in India. It includes dissolving glass, blowing it into a flimsy sheet and making and including followed design in characteristic hues and a while later decorating it with gold thwart and gems. Tikulis were principally enhanced by Queens and Aristocrats ladies of yore. Gems were put on gold leaves as per the status of the ladies in the general public and these delightful high quality Bindis were a pleased ownership of ladies in India.

The Mughals were an active patron of the art form. But with the decline of the mughal empire, the artform lost its patronage and with that came the decline and near extinction of Tikuli Art.

The British introduced industrialization, and indigenous goods came to be replaced by cheap machine-made goods. Thousands of Tikuli artists were left jobless as industrialisation took over.

In 1954, it was brought back to the modern mainstream by Chitracharya Padmashree Upendra Marathi. He decided to incorporate Tikuli art with the techniques he had seen during his stay in Japan, where artists were commercially selling traditional motifs on colorful hardboard. Artist, craftsman, and painter Shree Ashok Kumar Biswas took Tikuli art to a whole new level. 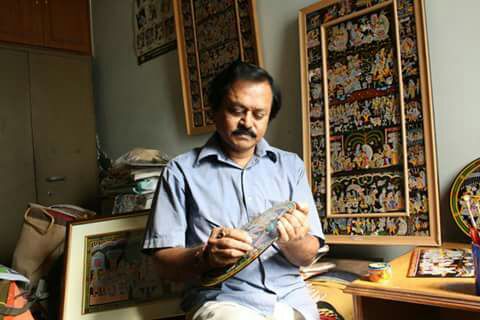 He, along with his wife Shibani Biswas, not only revived the art but also developed it into a source of livelihood. Tikuli art now serves as an economic beneficiary for over 300 women in Bihar. The noble efforts of the Biswas and the workmanship of these women are nationally and internationally acclaimed. 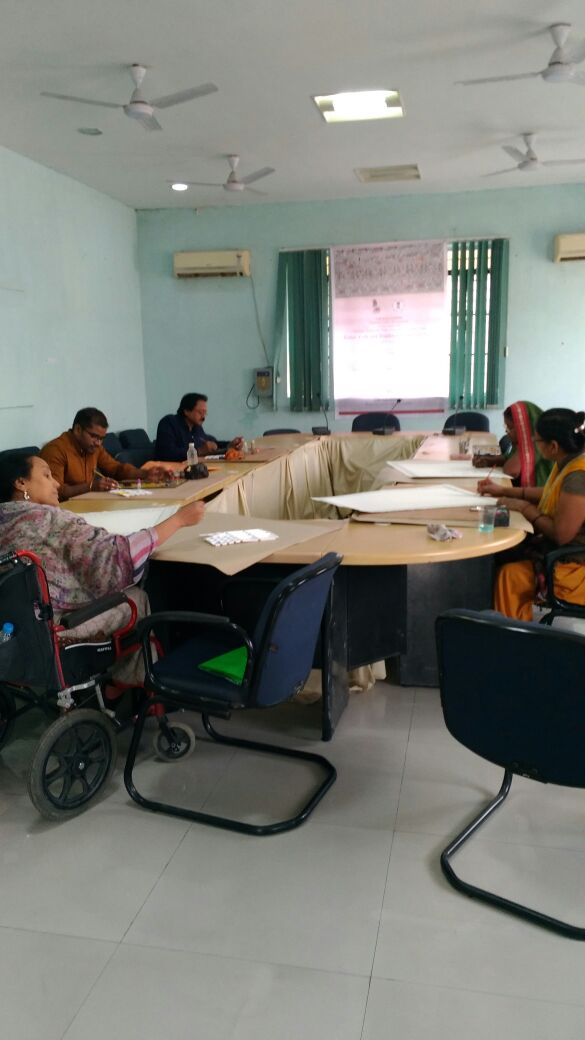 In 2012, he was selected to participate in the Bihar Diwas Celebrations organized in Delhi and Jaipur. He was also assigned the task of explaining the subtle art of Tikuli to the visitors of the International Fair held in Seoul. 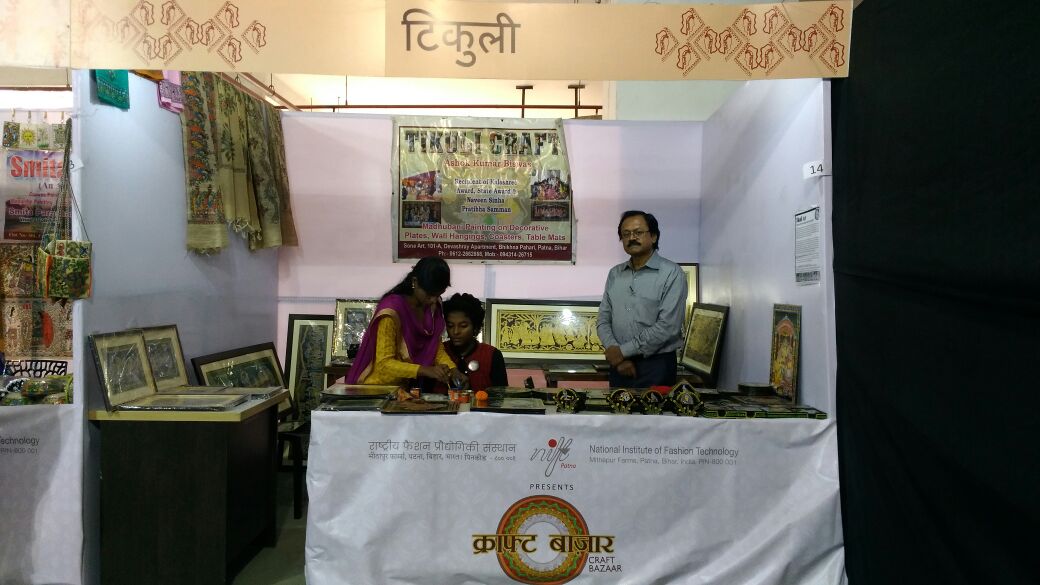 The intricacy of tikuli art is what makes it a popular product for export. Forms like these showcase the diversity and intricacy of Indian art to the rest of the world. The themes used mainly portray myths from the life of Krishna, as well as Indian wedding scenes and the festivals of Bihar, thus forming a visual text for the Indian context in some way. Thus, it is necessary to preserve and revive these forms from the archives of India’s cultural past. 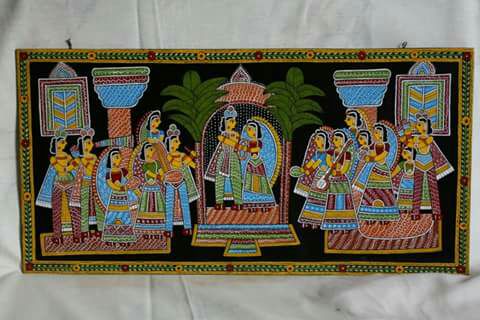