Difficult Times For The Kesar Of Kashmir

SRINAGAR: At a distance of 15 kilometers from Srinagar is Pampore, where the world famous Kashmiri Saffron is produced. The area is considered home to the largest sanctuary of saffron produce in Kashmir. In India, saffron is mainly cultivated in Jammu & Kashmir and Himachal Pradesh. Saffron has been grown on karewas (plateau-like silt terrace deposits) in the Kashmir valley for hundreds of years now. The herbal spice remains one of the most precious and valuable spices in the world and is expensive as it is an extremely labor-intensive crop. 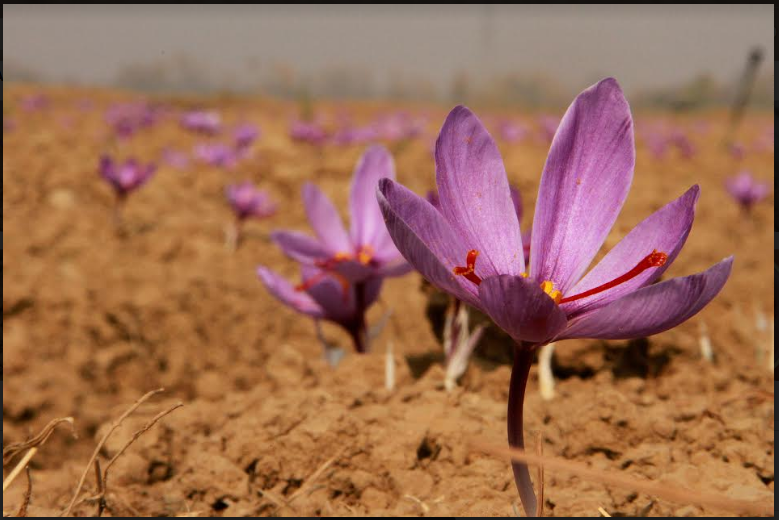 Saffron in Kashmir is called by various names -Zafran, Kesar, Kong, Kong Posh etc. The flowers of saffron (Kong posh) is a symbol of quality, purity and worthiness. Kashmir is known as the valley of flowers. Among several varieties of flowers grown here, saffron has its own importance and utility.

Saffron is the focal point of Pampore’s economy, fetching approx rupees 1.30 lac per kilogram.. It is a precious dried spice; the stigma of the flower is used in food and medicine. The crop is cultivated in cold regions preferably having warm sub-tropical climate, an altitude of 1,600m and 40-45cm of annual rainfall. Saffron is normally sown in the month of August, till mid September. The harvest season is from October to November. 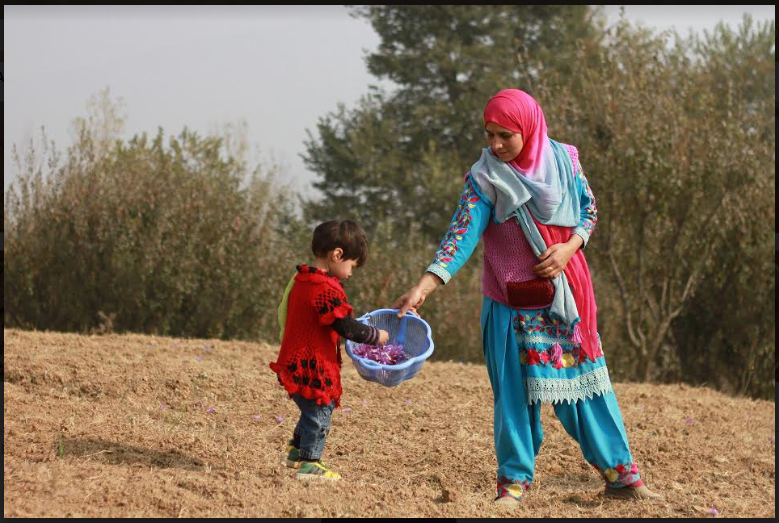 Due to certain conditions, the state has seen a striking dip in saffron productivity this year. This alarming situation has motivated farmers to shift their cultivation to high-density crops such as apple, walnuts and garlic.

“I have been cultivating saffron for more than 50 years now but I have never witnessed such low produce”Abdul Salam Sheikh 70 year old saffron grower said. “Although 20 years ago saffron production dipped to a considerable extent but not this much”, he added

While talking to some of the locals about the low production of saffron, they said the reason behind this was due to the continuous dry spell. The main growing season of Saffron from September to November remained dry this year. 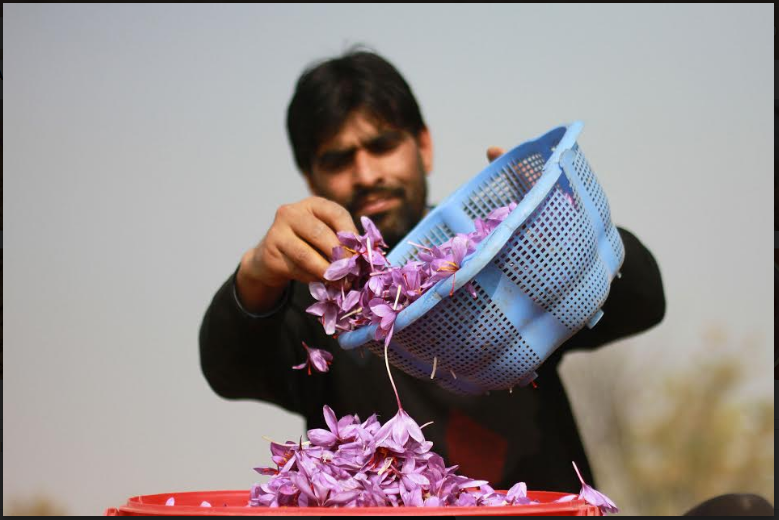 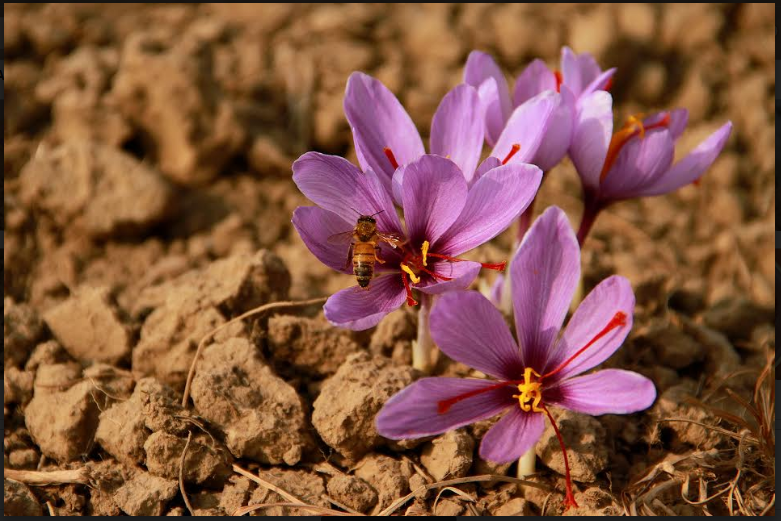 Government officials believe that the dry spell is not the only reason, the commercialization of saffron land is also a threatening concern.

“We can curb dry spell by introducing new techniques under National Saffron Mission but the rising commercialization of land is beyond our control which makes it more concerning”, Mr. Aleem Syed – District Agriculture Officer extension Srinagar said 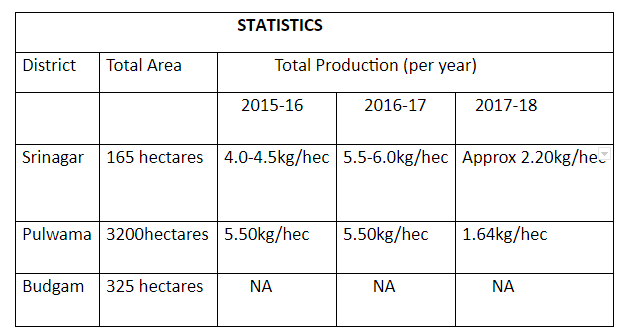 Pulwama district which is the largest cultivator and producer of saffron in Kashmir has suffered the most. The production from 2016-17 to 2017-18 has decreased from 5.50 kg to 1.64 kg per hectare.

Similarly, in Budgam, the production has also decreased this year to a great extent. The Agriculture department failed to provide the statistical data of Budgam District.

Government had also introduced Sprinkle irrigation technique few years back but the pumps installed are yet to be made functional. 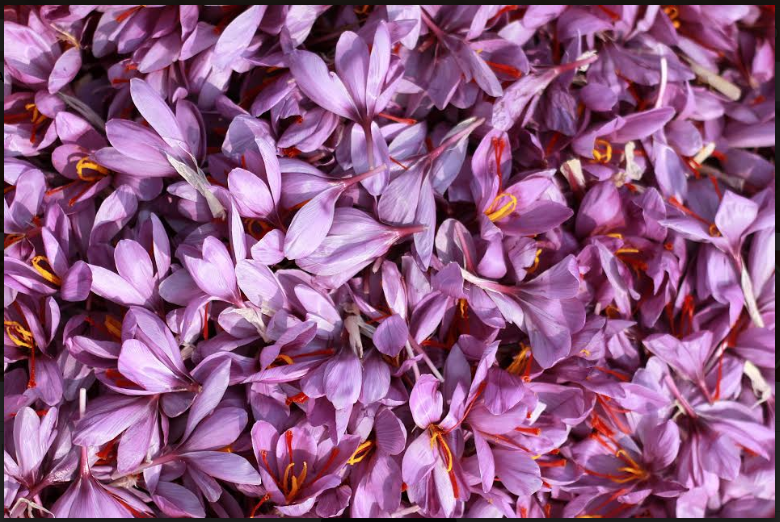 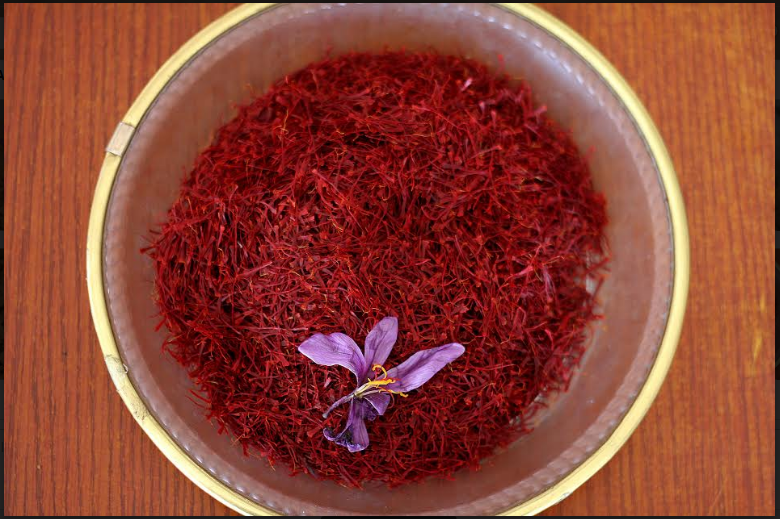 “We tried our best to make these pumps functional on time but people did not cooperate and obstructed the installation process”, Mr. Syed said.

The price rates of saffron are skyrocketing because of its low production. The saffron rates have increased from approx. Rs 1500 per 10 g to 2500 per 10 g in last two years.

While talking to some of the reputed environmentalists of state they singled out the ‘temperature aberrations’ as the chief cause behind the low produce of saffron in Kashmir this time. 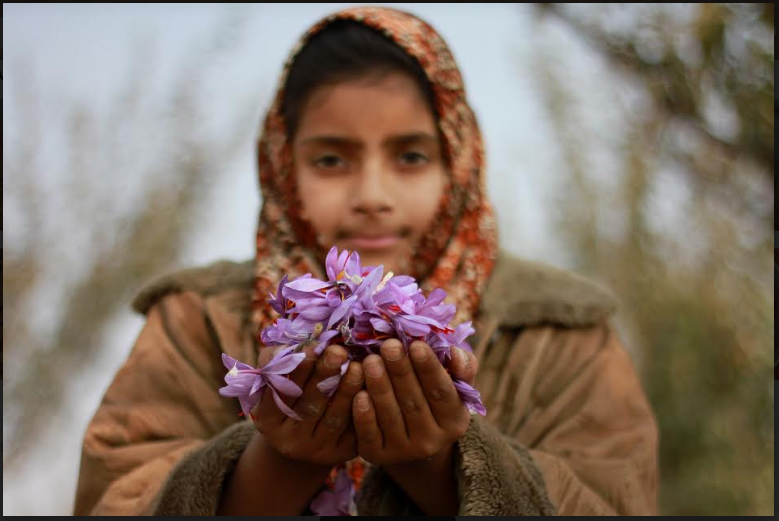