'Give Us Back Our Teachers': School Children Protest On the Roads In Kashmir's Little Known Town

Education is our right

RAZEN: It's 3 degrees Celsius on Saturday morning at Razen, a small town in Sonamarg, Kashmir but the freezing temperature is no deterrent for around 80 children from Classes 1 to 8 who have been out in the street since 9 am. With cries of "Give us back our teachers" and "Education our right", the students of the government middle school here have been protesting the lack of teachers.

"Only two teachers have been managing the school for two months," said Shaf Raza, a student of Class 6. "We haven't been having classes properly for all this while," she added.

With around 180 students, the school has been grappling with staff crunch for two months. Parents, however, said that they have been facing a shortage of teachers for two years. Shabir Ahmed Naik, a father of two children who go to the school, said, "There were eight teachers till two years ago but the authorities keep transferring them to other places. Now we have only two teachers for 180 children. How will our kids receive education this way?" 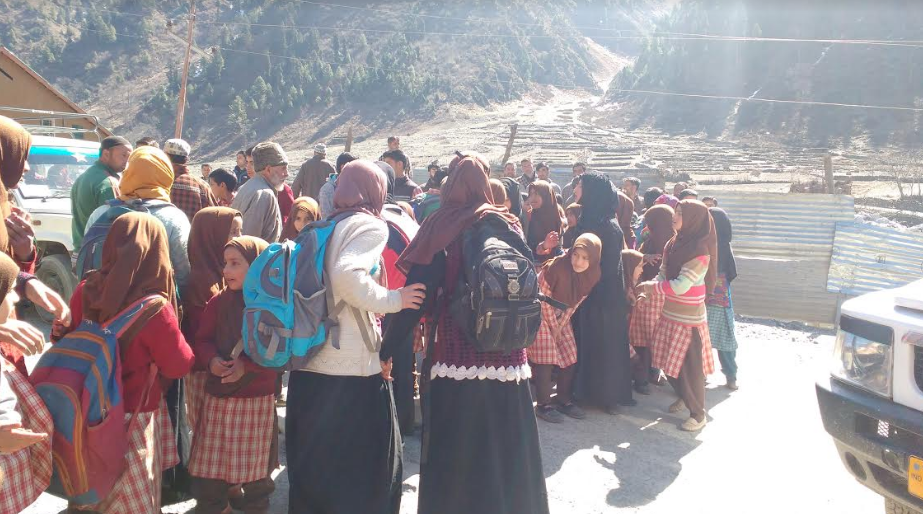 The parents also claimed that they have been requesting the authorities to address the situation for years but to no avail.

As the protests pushed past 11.30am, vehicles piled on the road as it's the route to a popular tourist destination in Sonamarg.

The children continued with their cries, demanding the school's CEO to come and assure them that they would be provided with sufficient number of teachers.

But the CEO, Mohammad Afzal, who had at 11am said that he sent an official to speak with the students and assured that their problems would be addressed by Monday, refused to answer calls. Education secretary Farooq Ahmed Shah also said that an official has been sent to speak to the protesters. But even after 12.30pm, no official either from the school or the education department showed up. 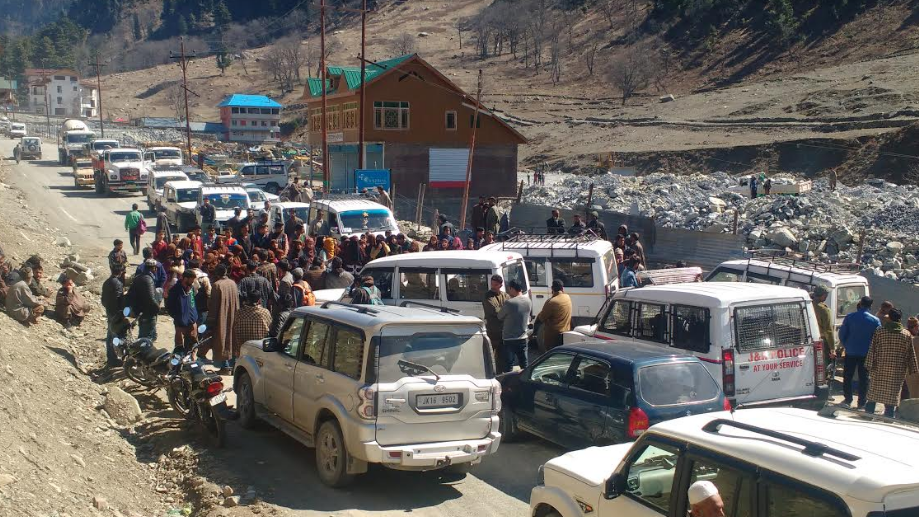 "Repeated requests to authorities fell on deaf ears. They have forced us to do this," said one of the student leaders before resorting to their slogans: "We are asking for teachers, don't force us to throw stones".

"For a small town like ours, it is necessary to the one government school in the area to function properly. Officials from the school and education department keep telling us that they'll solve our problems but they don't," said the father of a Class 6 student, requesting anonymity. "Look, children have been crying themselves hoarse and the authorities do not even have the courtesy to show up," he added.

The CEO arrived after 12.30pm. He promised to bring in two additional teachers from Monday. Protest ended around 1.30pm.