'We are Not Left But Registered Members of the ABVP, Johri Is A Serial Harasser': JNU Complainants

'It has required immense courage to speak out, Johri is a powerful Professor'

NEW DELHI: On March 21, 2018, five complainants held a press conference in Jawaharlal Nehru University against accused JNU professor Atul Johri for sexual harassment. Johri arrested by Delhi Police late Tuesday evening was granted bail within minutes in all the separate 8 FIRs filed against him under Section 354 and 509 on March 20, within minutes of being arrested.

“We have taken immense courage to come out and speak up. We have put our academic career and personal and professional life at stake. For many years so many women have been subjected to sexual harassment. If we didn’t speak up now, the situation will not change and other female students who are going to pursue research under Atul Johri’s supervision would have to go through similar experiences. Recently, when one of our colleagues wrote an email which got circulated in the media, we thought it’s high time we come out and speak.’ said one of the complainants. 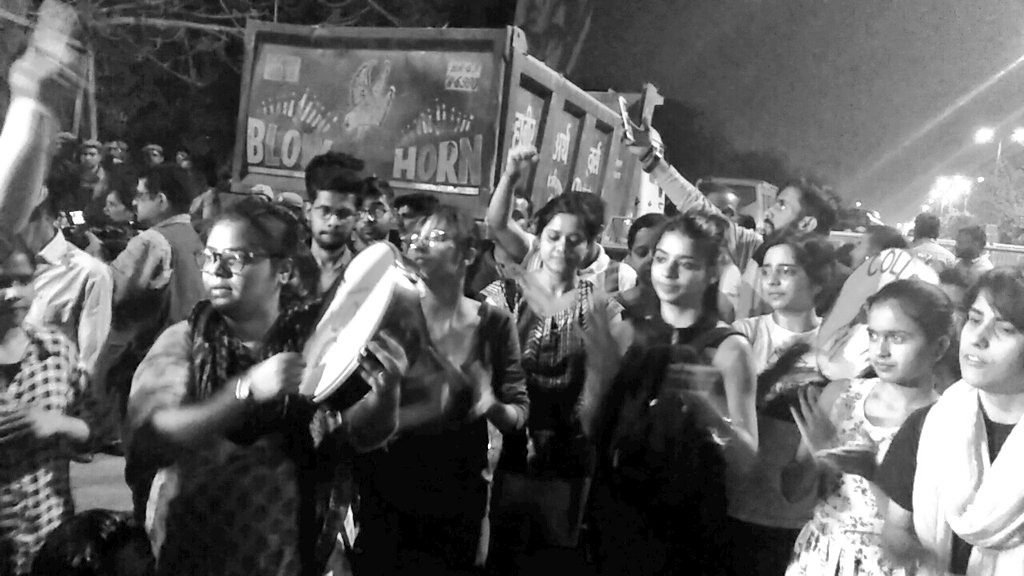 Talking about the bail granted to the accused, one of the girls said, “we are appalled by the way he managed to get bail in all the 8 cases within few minutes the very next day. We went to the police station on March 16 with multiple complaints but after 6 hours, only one FIR was lodged. After putting a lot of pressure, police was forced to lodge 8 separate FIRs only on March 19. Who is the Police and the administration trying to protect? We remain in constant fear and pressure to take back our FIRs by various means.”

Confirming the close link of the accused with the Bharatiya Janata Party (BJP), one of the students who had field a FIR against Johri added, ‘Of course he is being shielded by the BJP and the Vice Chancellor of the University. Otherwise, why hasn’t the university taken any action against him yet? The accused who is a vocal supporter of BJP/RSS has said that we are Left supporters and its a political conspiracy. While the truth remains that many of us are registered members and supporters of ABVP.” 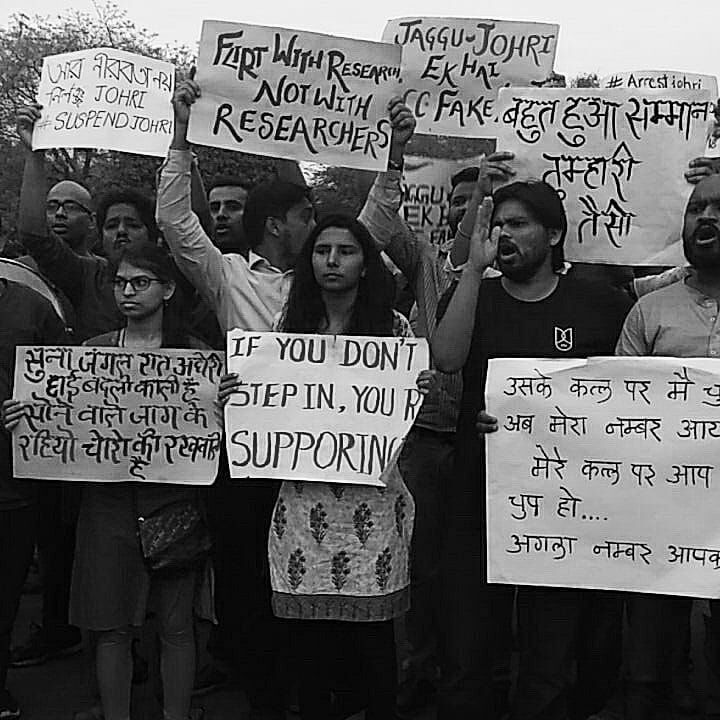 Further, the complainants spoke about the years of sexual harassment that was faced by many of the women students under the professor, in the School of Life Sciences, JNU. When asked why they had not registered their complaint with the Internal Complaints Committee (ICC), that was installed in the varsity after the dissolution of Gender Sensitization Committee against Sexual Harassment (GSCASH), one of the complainants said, “we have no trust in the ICC. Atul Johri holds influential administrative positions in the University. He creates an environment that does not let complainants speak out about the harassment they face, while working with him. He is a very powerful professor in the University who closely works with the administration. He had meticulously subdued several cases of sexual harassment against him, for many years.”

The JNU administration is yet to respond to the demands of the protesting students and the complainants since March 16, 2018. One of the complainant states, ‘‘The JNU administration so far has not taken any action against him. They have not even acknowledged the fact that we have already approached them to suspend him as well as that FIR has been lodged and Delhi Commission for Women has sent them notices’.