And Now A Student Goes Missing In Kashmir University

SRINAGAR: Hundreds of students assembled in the Kashmir University campus on Wednesday to demand the whereabouts of Sameer Ahmad Dar who is missing since March 19, 2018. Dar, a 2nd semester student of Msc. Geology left his home for university on Monday March 19 but did not reach the campus. He is unheard of since. Dar hails from the Kakapora area of Pulwama district.

"We have already filed a case and started a manhunt to ascertain his whereabouts. We are trying our best to locate the boy." a police official said. 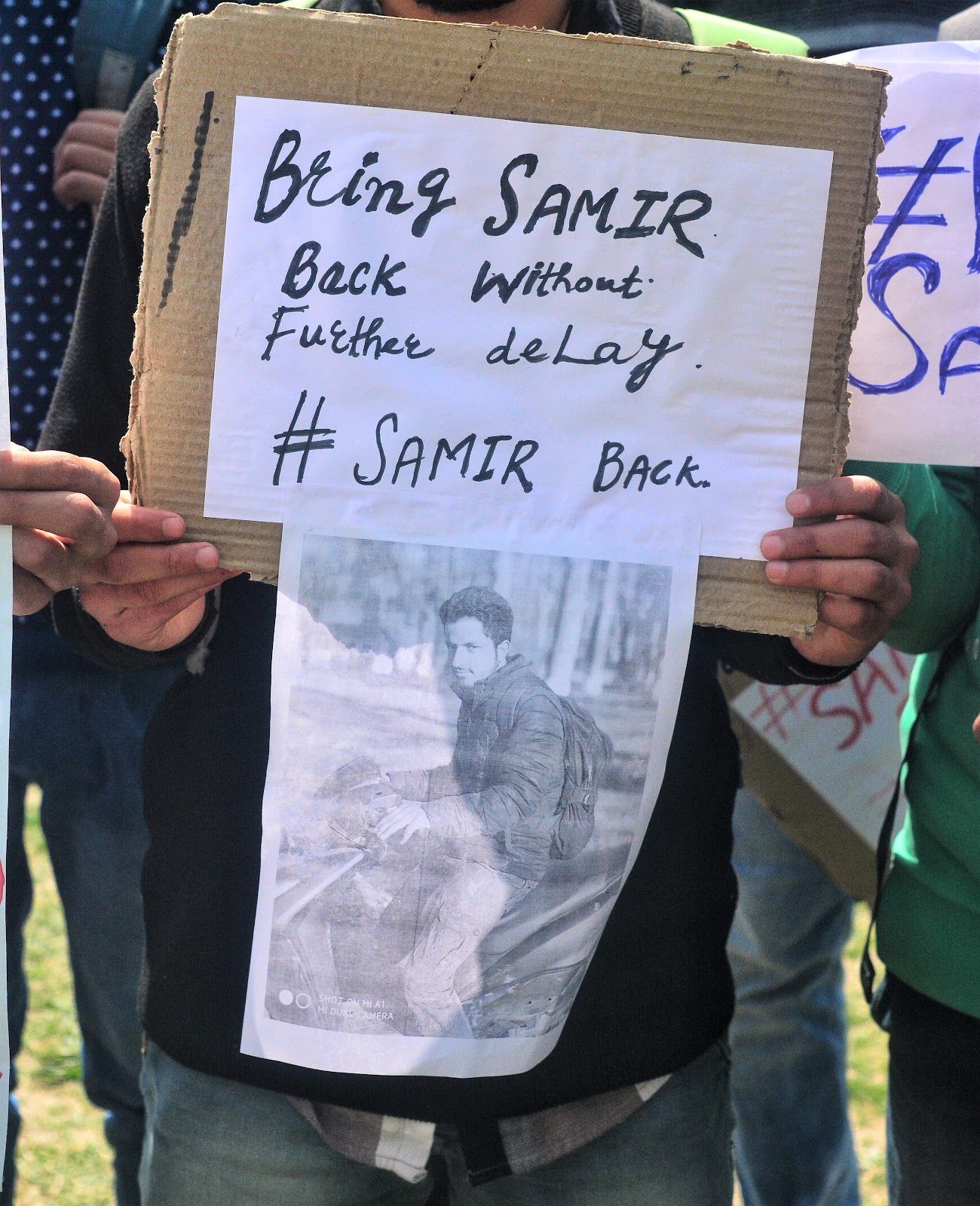 "We are as concerned as his family. We have already written to the Director General of Police, Governor's office and Chief Minister's office regarding the case and we are awaiting their reply."

"Yesterday at 8 PM, I received a call from Sameer's number but the voice didn't sound like him. The person on the other side muttered 'I am fine' in a very soft voice. I tried calling it again but it was switched off." he said.

Over the span of only three days in the last week, two more boys went missing from the same area of Pulwama district. Like Dar, their whereabouts are unknown till date.