Ghazipur landfill commissioned in 1984 has long outlived its capacity

NEW DELHI: The Ghazipur landfill commissioned in 1984 has long outlived its capacity but continues to take 2,500 metric tonnes daily (MTD) of garbage from East Municipal Corporation areas daily. A portion of the garbage dump collapsed in September last year. The disaster was caused by heavy rain and killed two locals 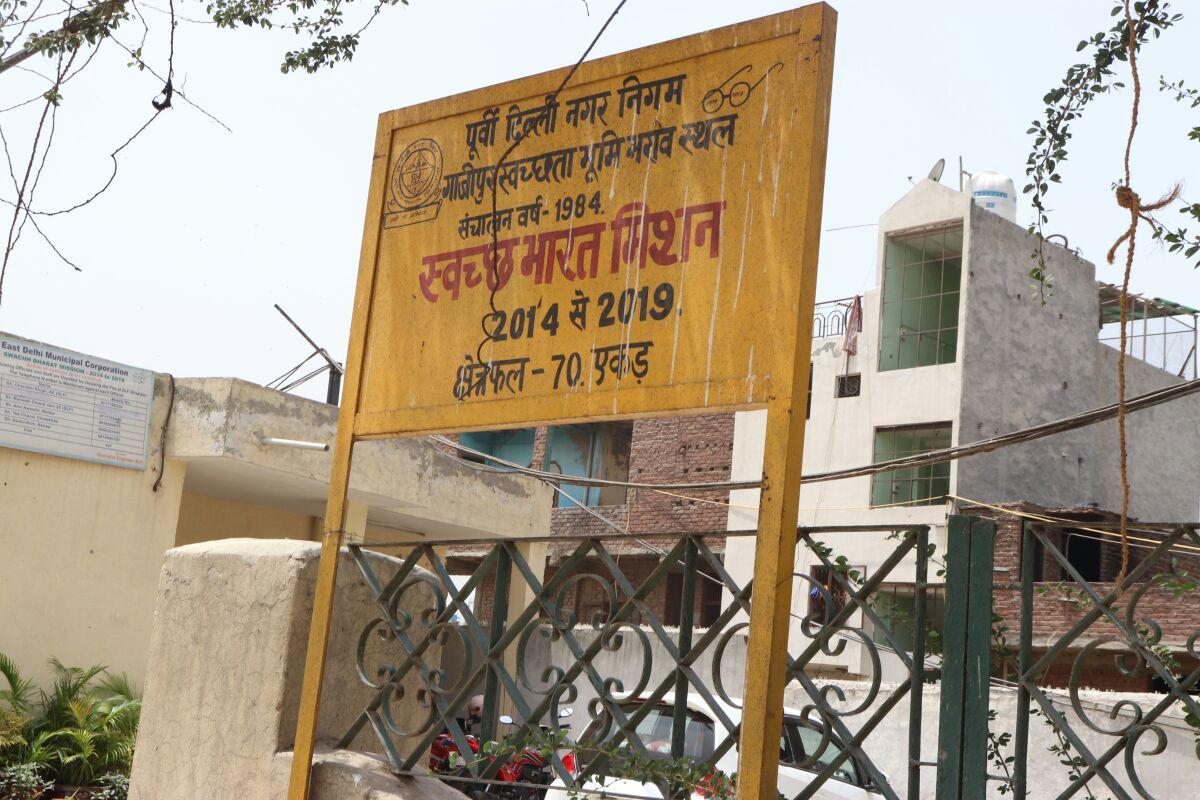 Bunda Khan, a resident of the dairy farm situated right next to the garbage heap said, “I have stayed here for over 22 years and living amidst the foul smell has become an unavoidable part of my life. I have asthma and the buffaloes I own fall sick every now and then.” Talking about the Swacch Bharat Abhiyan, he said, “There has been no improvement whatsoever since the launch of the campaign. There is no noticeable difference. As far as I know “garib kisan” (poor farmers) like me have don’t gain from any schemes or plans the government implements. The only way to ease our pain now is to either clean the site or create a wall around it”

Rizwan, another dairy farmer said, “I am 28 years old but I look 55. The pollution makes me feel as if it is better to not breath at all. The water quality is very poor. The government is making no effort to install tanks even for drinking water. We need permission for boring wells and the police alone takes up to ₹ 22, 000. It takes around ₹1 lakh to construct it. It isn’t possible for us to manage it considering our source of income is very meagre.”

Rajan, a resident of Noida says the air quality of not only the area is polluted but the surroundings too. He came to the Ghazipur veterinary hospital because his goat had been having breathing problems and had been having high fever. He talked about the irresponsible treatment at the hospital. He further talked about how the doctor went away for some “other important work” without considering the fact that they had travelled really far.

A 34 year old resident of Siddhartha Niketan Apartment says, “We live in an area which is the home to stench and kites throw around pieces of flesh. It is the Mount Everest of garbage deposits and the toxic air affects our air conditioners and that leads to pipe leakages”

It is North India’s biggest dumping area. On reaching the area one can see ravens flying all around, smoke arising from the burnt trash and at least one sick dog or bird.

The manual scavengers earn not more than ₹100-150 daily. The Government Veterinary Polyclinic was flooded with people with their sick poultry animals. Most of them were from Ghazipur Dairy Farm naturally. Maroon Raza brought his buffalo because it had developed rashes and had respiratory issues. He said, “There has been a lack of action on the part of the East Delhi Municipal Corporation.

An official of the Delhi Pollution Control Committee says, “This heap area was initially built to generate electricity in 1984 but it is now becoming as tall as the Qutab Minar. So it has more disadvantages than advantages.”

There is a mosque just a few metres from the hill, a regular visitor named Abdul Gaffan said, “I don’t understand why I have to deal with this. It’s not me who is dumping the waste so why do I have to deal with the unbearable and pathetic smell.” Speaking for the residents he said, “We have tried to talk about it to the politicians who visit it occasionally. They keep consoling us that in the near future steps will be taken but nothing happens. I moved in here 15 years ago and the size of the garbage heap has only been increasing. To make matters worse members of the so-called Ghaziabad Municipal Corporation continually blame us for the mess when one can see trucks mounting waste being parked downhill”, he said pointing towards the truck that was weighing the garbage there.

In the 2017, “Swachh Survekshan” rankings had the entire Ghaziabad area rank badly by securing the 351st position out of the 434 cities that were surveyed mainly due to waste disposal only proving the disturbing conditions the citizens inhabiting the place face. 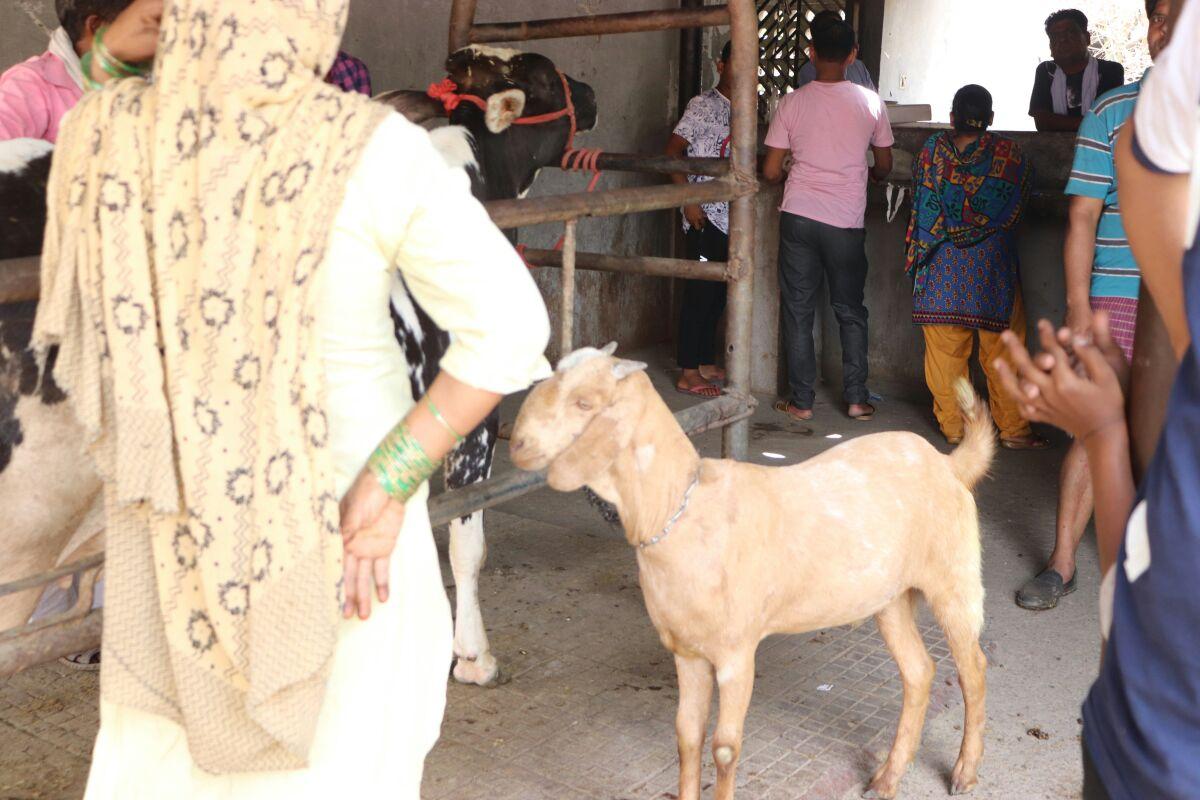 (Crowd at the government veterinary polyclinic) 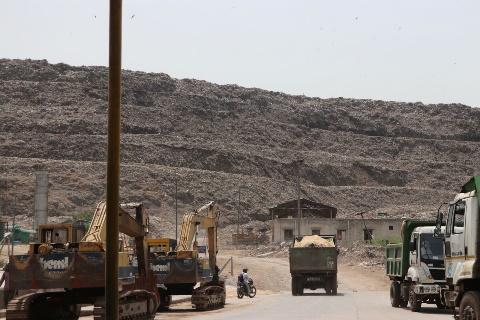