NEW DELHI: 2018 was a year of student agitation. University campuses across the country rose in anger and mobilised against student distress and issues of unemployability, harassment, the slapdash privatisation of education, a lack of safety, gender discrimination and the quashing of academic freedom.

This nationwide anger led to the formation of the National Platform of Student Youth Unions, Organisations and Movements. This group of 43 organisations aims to bring together various sections of the country’s student population, to present a stronger and united front against the establishment’s attack on higher education. 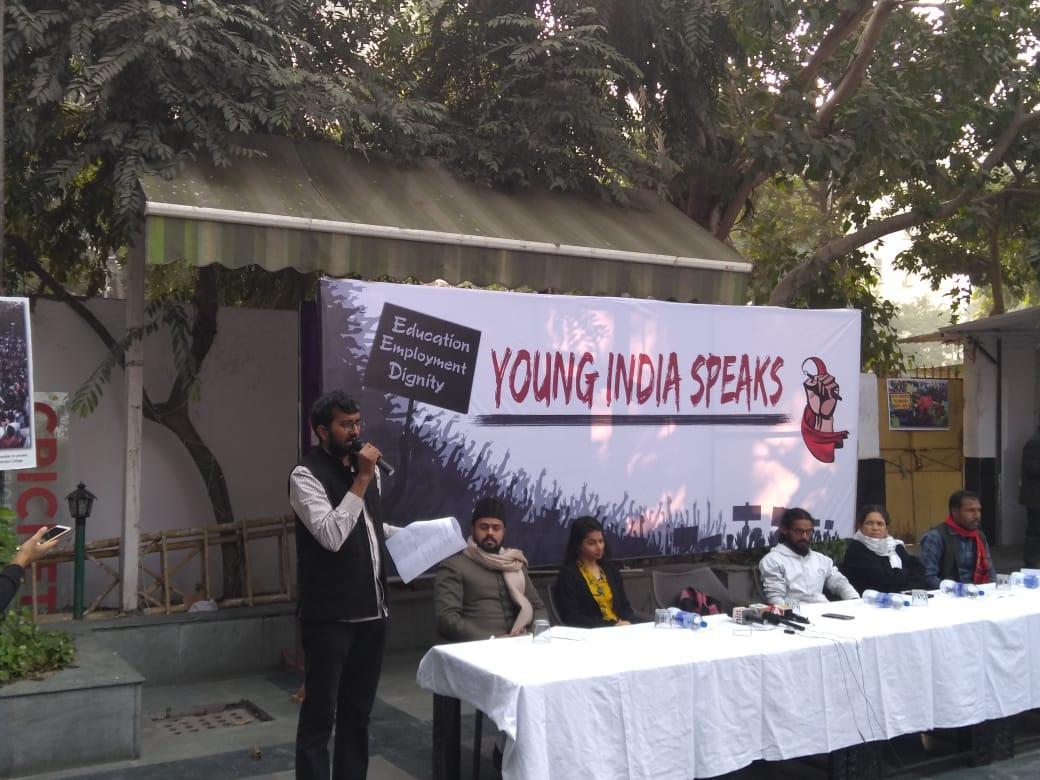 At a public meeting at the Press Club of India, against a backdrop that read ‘Education, Employment, Dignity’, the organisation launched its nationwide campaign by introducing the ‘Student-Youth Charter’ - which it described as a manifesto against the Modi government’s anti-student, anti-youth policies.

The group announced a Young India Adhikar [Rights] March, to be held on February 7, 2019, from Red Fort to Parliament Street. Their demands include the filling of all vacant government positions, an increase in the number of government jobs, and an “end to the regime of paper leaks” and corruption in campus recruitment.

They demand a 10 percent increase in the education budget, and an end to the policies of school closure, seat cuts, fund cuts, fee hikes and cuts in reservation. They want anti-sexual harassment and anti-discrimination cells on all university campuses, and guaranteed hostel accommodation for women.

They demand an end to the censorship of academic expression and scholarly activity.

President of the TISS Mumbai student union Jit Hazarika said the march on February 7 would be a defining moment for the youth and its demands in the context of the 2019 elections.

A member of IIT Madras’s banned student group the Ambedkar-Periyar Study Circle pointed out how the privatisation of education is the real brain drain, as it makes education unaffordable and inaccessible to the masses.

The government’s constant toying with the youth’s aspirations has created an angst that was hard to miss. It has strengthened demands for the right to dignified employment to be recognised as a fundamental right.

Sucheta De, president of the All India Students Association, which is the student wing of the CPI(M-L)L, said at the meeting that “Kisaan, majdoor, yuva yeh banata hai desh ko” (It is the farmer, the labourer, the youth who makes a nation).

De added that the writing was on the wall for the Modi government, if it didn’t stop mistreating the section of the population that makes up its biggest votebank.