Another Unarmed African-American Teen Shot Dead By A US Cop

Do #BlackLivesMatter at all?

NEW DELHI: With the United States still reeling with anger stemming over the police killings of African-Americans Eric Garner and Michael Brown, an 18 year old black man, Antonio Martin, was shot dead at a petrol station in St Louis, Missouri on Tuesday night.

At the time of writing, the details regarding the shooting are still emerging. A police version of events seems to be doing the rounds on social media, although it cannot, at this stage, be independently verified. “At this time, we cannot confirm the identity of the deceased subject. The investigation is on-going and further details will be provided as the investigation proceeds," the St. Louis County Police Department noted on its Facebook page.

A screen grab of the circulated image, however, is reproduced below: 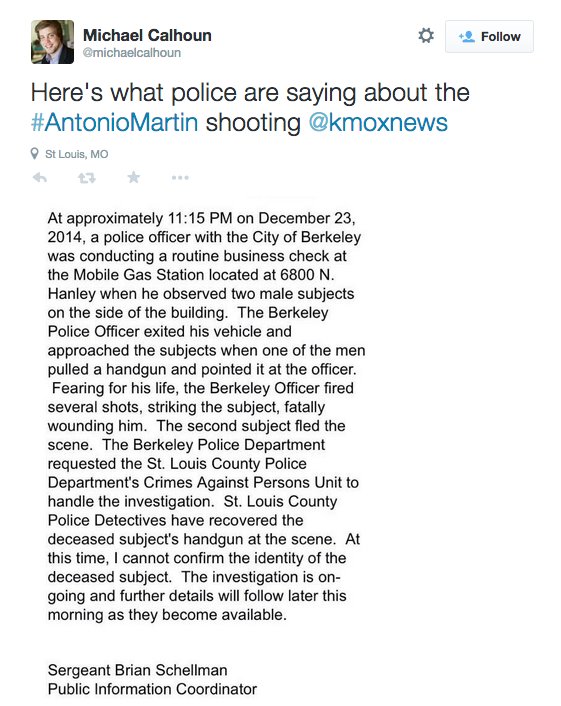 Crowds of people have arrived at the scene for an impromptu protests and the numbers seem to be swelling.

Footage from the scene can be seen here:

Images reportedly from the scene have also been posted. 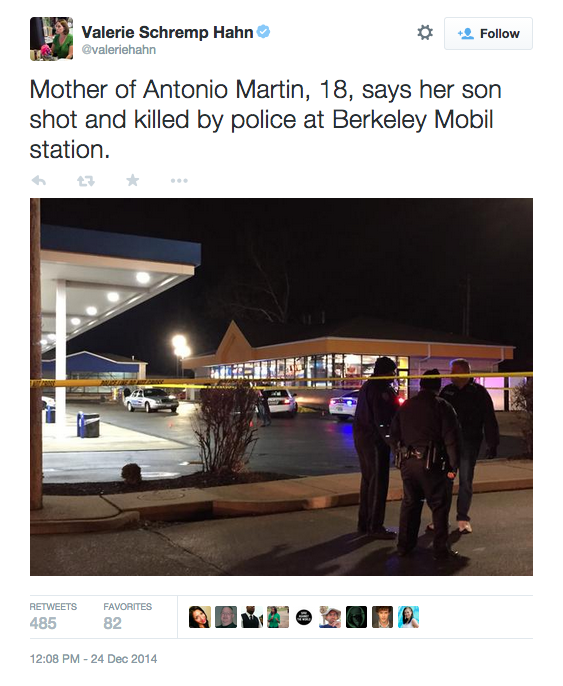 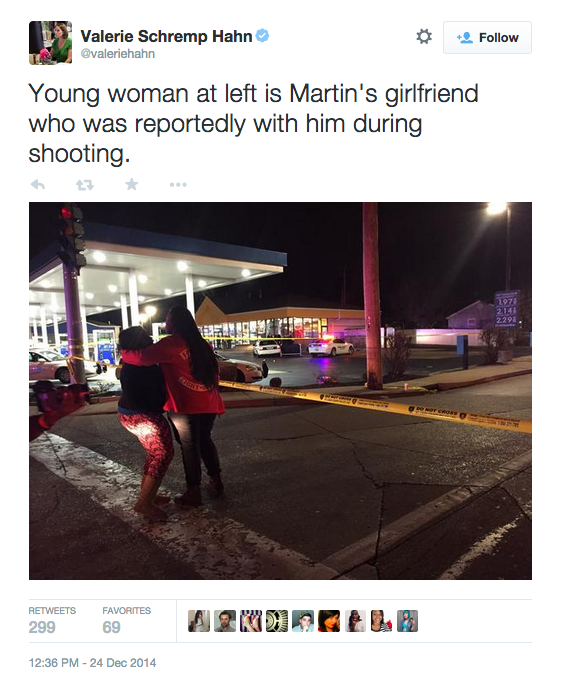 Social media has responded angrily to the incident. The hashtags that were popularised over the police killings and subsequent grand-jury decisions to not indict the officers involved, including #BlackLivesMatter, made a reappearance.

Antonio Martin was reportedly unarmed at the time of his death, and although the events of the shooting are still emerging, the young man’s death will fuel anger that has focused itself on issues of race, discrimination and law enforcement in the United States.

Earlier this month, protesters took the streets in cities across the US to over the death of Eric Garner, who was killed in an apparent chokehold by a white New York police officer. The protests began after a grand jury decided not to press charges and followed similar protests over a grand jury’s decision to not indict a white police officer who shot to death an unarmed African American teen Michael Brown in Ferguson, St. Louis -- very close to where Martin was shot.

In November, police in Cleveland, Ohio, shot dead a twelve-year old African-American boy waving around what turned out to be a toy gun at a playground. In October, protesters took to the streets of South St. Louis following the fatal shooting of an African-American man by an off duty police officer.

Other incidents that have grabbed headlines have included 17-year old unarmed Trayvon Martin, who was killed by a neighbourhood watch captain. The shooter was eventually acquitted of murder in a racially charged case.

Other parallels have been drawn as well. The killing of 17-year old Jordan Davis, who was, along with his friends, shot at by a man for playing “loud music.” The jury convicted the shooter on four counts, but not on the count of murder, with many attributing the verdict to a racial context -- the shooter being white and the teenagers, including Davis who died, being black.

These incidents have brought to the surface years of frustration at a system where black men are far more likely to be shot at than their white American counterparts.

The most apparent parallel however, are the Los Angeles riots of 1992 -- where the trigger was the brutal police beating of Rodney King, which was videotaped and widely covered but ended in the acquittal of the officers concerned. These recent protests, much like the LA riots of 1992, may have been a reaction to an immediate trigger, but are located in a far broader context of marginalisation and discrimination.

(This is a developing story. Details are still emerging).