NEW DELHI: June 21 was celebrated the world over as “International Yoga Day.” Indian Prime Minister Narendra Modi was delighted, as his petition to the United Nations to make the event an international affair was the enabling factor.

As all things in India, the event -- marked by a mass yoga session Sunday morning -- has since been mired in controversy.

Kamal Farooqui, a member of the Muslim Personal Law Board, told BBC Urdu that by promoting yoga, the government is trying to push a Hindu agenda. In turn, a BJP MP said that any Muslims opposed to yoga should “go drown in the sea.”

The controversy has gotten the attention of international media, with The Diplomat writing: “Critics say that Modi’s Yoga Day is part of the larger project by the right-wing government in Delhi to Hindu-ize India’s diversity and promote centralized uniformity in beliefs and practices. There is an attempt to link yoga with national pride as part of India’s ancient legacy. Any opposition toward the practice is branded as anti-national. Therefore, participation in Yoga Day has become, in a way, the yardstick of one’s patriotism.”

The Independent, in similar vein, says: “The first International Day of Yoga is taking place around the world today, but the celebration of a usually relaxing practice has led to an increase in tensions in some parts of India… But as Mr Modi himself took part in a mass yoga session on Sunday morning, a fierce debate was raised about the government’s support of yoga - with some reportedly arguing that it is a Hindu practise which goes against Islamic teaching.”

The Citizen’s editor Seema Mustafa puts the controversy into perspective with the following Facebook status: 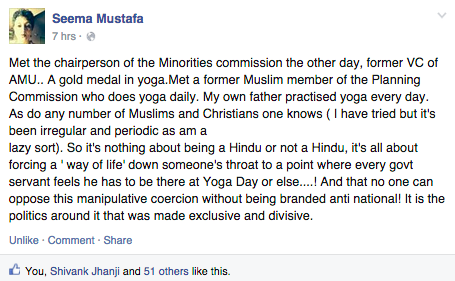 Yoga, is practiced by people of all faiths and religions (and those who have none). The problem with International Yoga Day as envisaged by the BJP government is Muslim scholar Zafarul Islam Khan, who says that India’s religious minorities do not have any opposition to yoga. “The problem is to bring religion into it,” he adds. The editor and publisher of The Milli Gazette, the first newspaper in English for Indian Muslims, Khan told The Diplomat that “attempts by the government to undermine diversity in the name of nationalism, including the ban on beef, opposition to serving eggs to students in schools, and the introduction of Hindu religious texts are an insult to the country’s cultural diversity. By Hindu-izing yoga the BJP is compelling Muslims to react.”

It is the hegemony, rooted in a Hindu-ized reconstruction of India’s history, that is the problem with International Yoga Day, not yoga itself.

Historian Dilip Simeon explains this further in an op-ed in The Indian Express. Simeon says: “The ongoing controversy about yoga is yet another example of deceitful polemic. It began with a reminder that yoga has nothing to do with religion. Of late, however, sundry political swamis have announced that anyone who disapproves of compulsory yoga should leave the country. So now yoga is essential not only to Hinduism but to national pride. Refusal to submit to this rule is treachery. The Sangh Parivar presumes to decide what is or is not “national”, and who may or may not live in India. Perhaps some energetic policemen will lodge a case of sedition against anyone refusing to perform suryanamaskar. This manufactured controversy exemplifies the Parivar’s modus operandi. It is not wisdom that interests them, but the compulsory unification of thought and culture. As for the objections raised by certain self-appointed representatives of Indian Muslims, surely the reduction of any aasan to its symbolic origins is far-fetched? I have practised yoga for over 30 years; including suryanamaskar. At no time did I imagine myself to be worshipping the sun god — it was simply an exercise beneficial to my health. Yoga is accepted the world over as an excellent aid to longevity. To treat it as a Hindu religious ritual is equivalent to believing that aerobics are a step towards Christianity or that acupuncture is an insignia of Chinese imperialism.”

Simeon continues: “The RSS thrives on animosity. They would have been truly upset had Muslims not objected to compulsory yoga. Popular sovereignty has been perverted in South Asia. It refers not to the people but to the Emperor’s Moustache. The people may not define their nation — it is the Nation that defines the People. The people are seen as a biomass of zombies — hamara maal, as the Sarsanghchalak once said. Our imperial metaphors symbolise the inner world of communalists. The RSS is no different from the maulanas they love to hate. They wish to lay down the law (and defy it when they like), flatten popular culture, and tell us all how to behave. The Hindutva brigade should wake up from its ideological stupor. Their desire for political supremacy shines through their diktats.”

Keeping that in mind (and making sure that we don’t fall into the RSS’ trap of raising objection that suits their interests), here is how International World Yoga Day was celebrated: 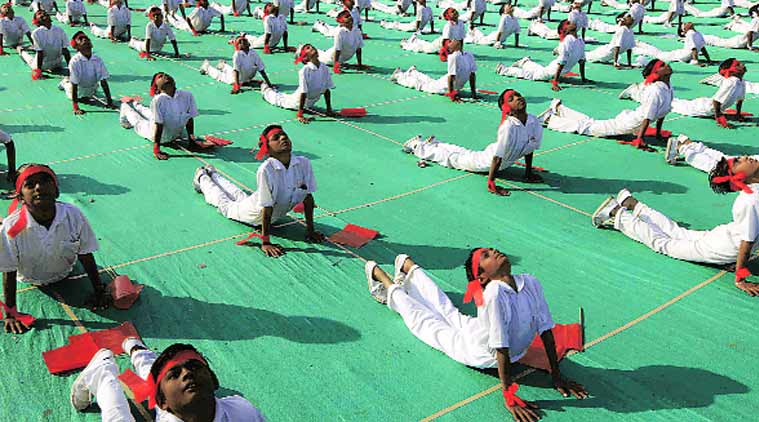 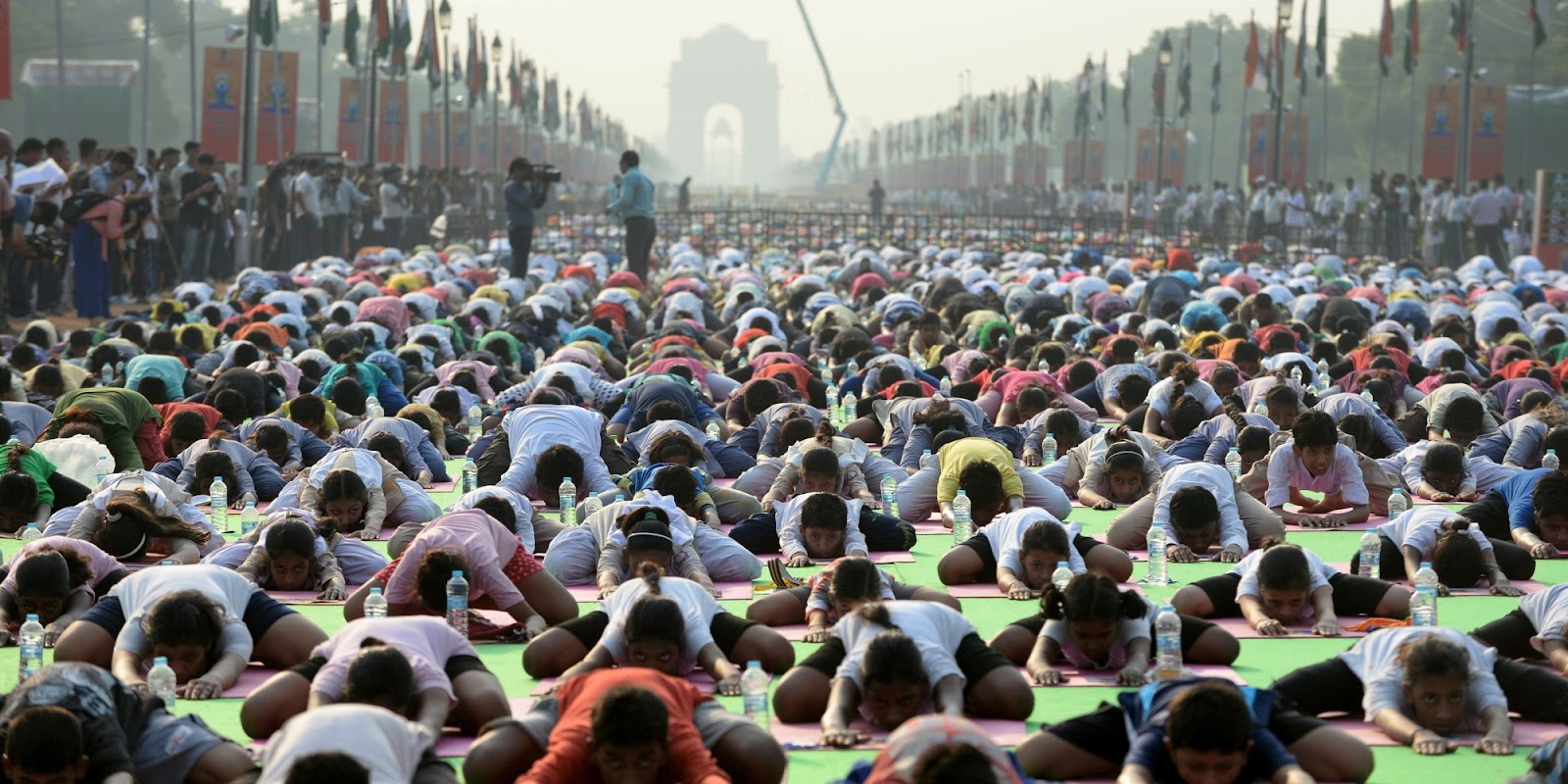 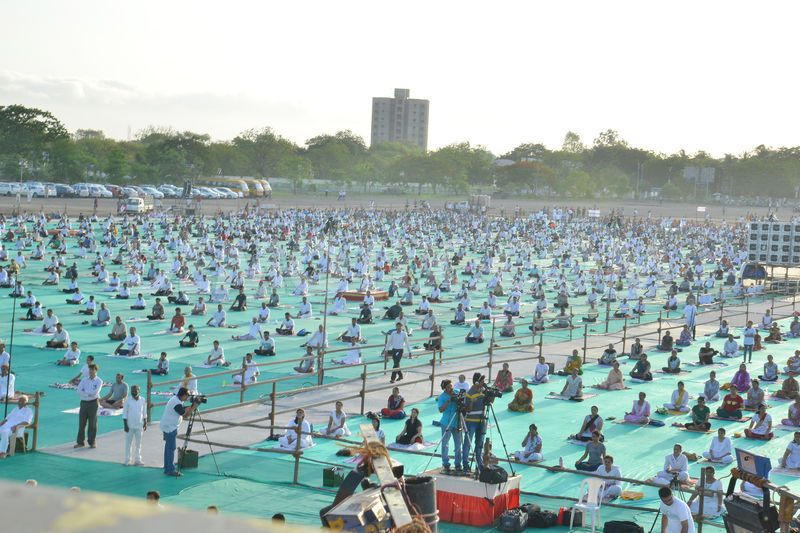 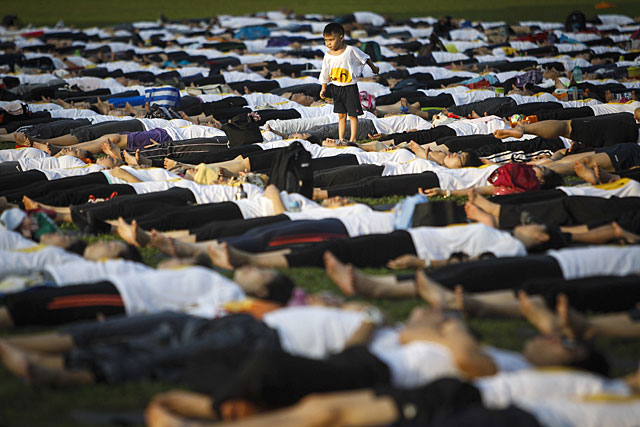 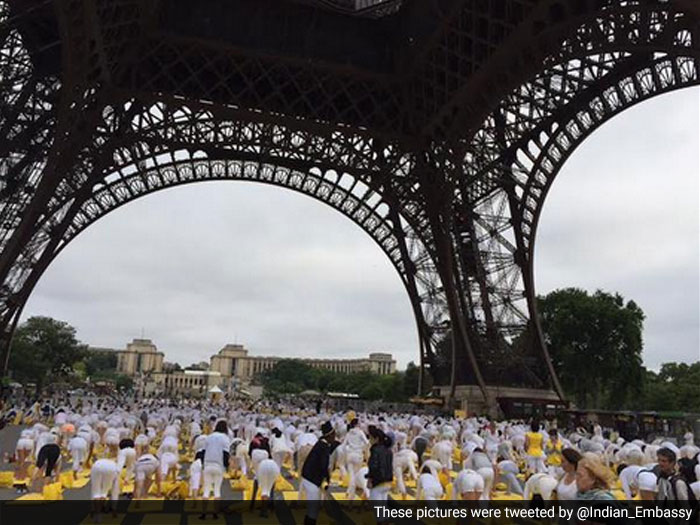 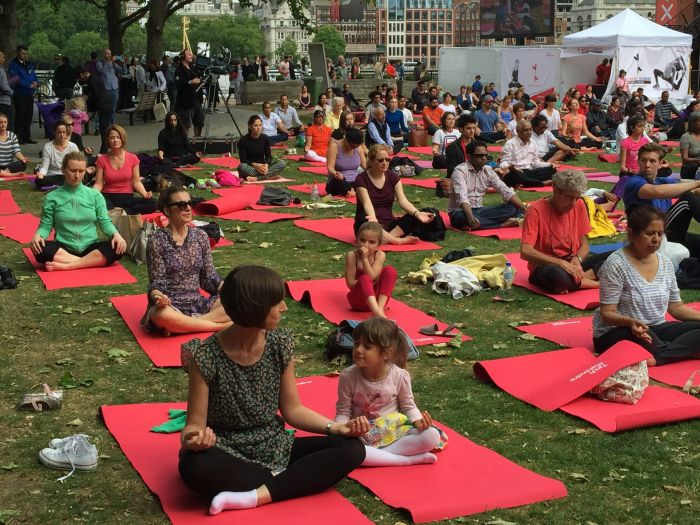 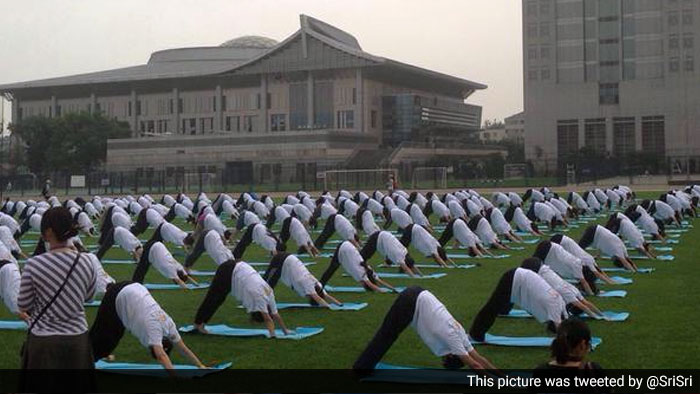 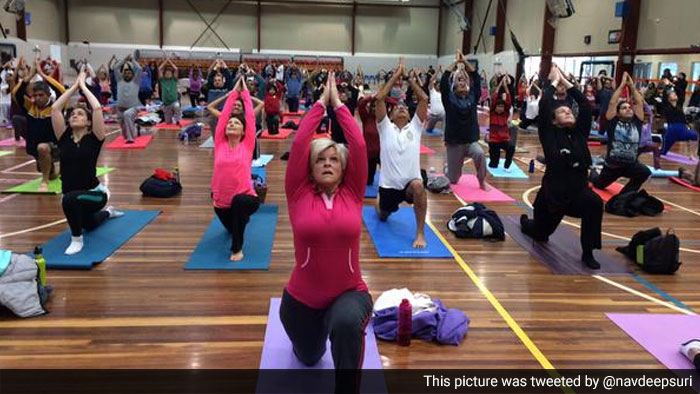