CST in tribute to France

MUMBAI: This weekend, iconic landmarks across the world -- from Shanghai’s Oriental Pearl TV Tower to the Pyramids of Giza -- lit up in the colours of the French flag as a measure of solidarity with the victims of the brutal attacks in Paris that killed over 130 people.

In India, authorities in Mumbai -- well-intentioned as they were -- decided to light up the famous Chhatrapati Shivaji Terminus in the colours of the French flag. One problem… the colours at the CST were of the Dutch flag instead! Instead of showing blue, white and red from left to right (as is the French flag), CST showed the colour combination red, white and blue (top to bottom) -- which are the colours of Netherlands' flag.

“The world stands with Paris at this moment. Since the 26/11 attacks were of a similar nature and the CST station was also targeted then, the Central Railways has decided to stand by France in this moment of grief and express its support. The CST station will be illuminated with the French flag from between 7 pm and 11 pm,” a spokesperson for Central Railways had said.

Although many were quick to point out the error, the move remains significant given the CST’s own experience with terror, where gunmen in 2008 opened fire at the station killing 58 people and injuring 108, in an attack that had similarities with Paris including multiple scenes of attacks.

I’m with you CST, wrong colours or not.

Here’s a look at some of the other iconic landmarks over the weekend. 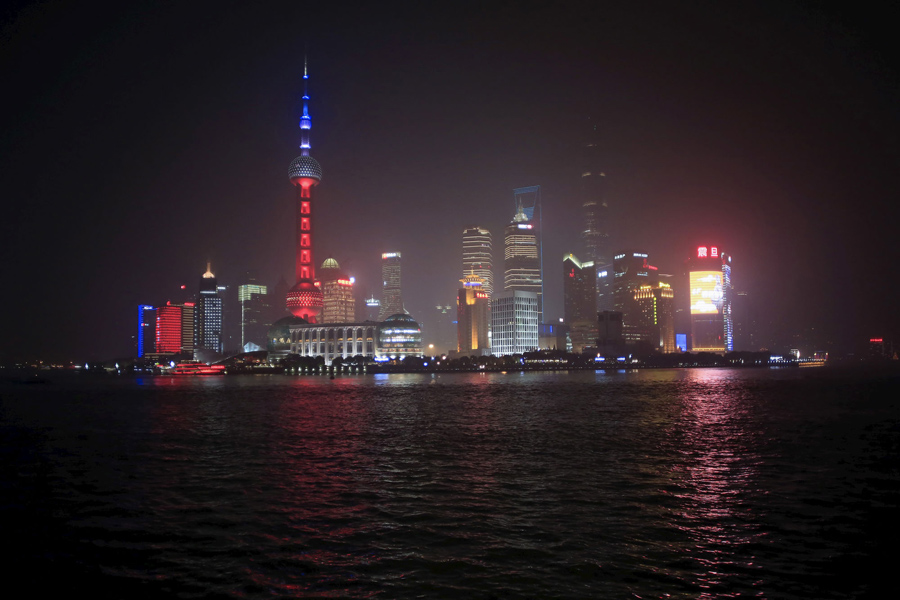 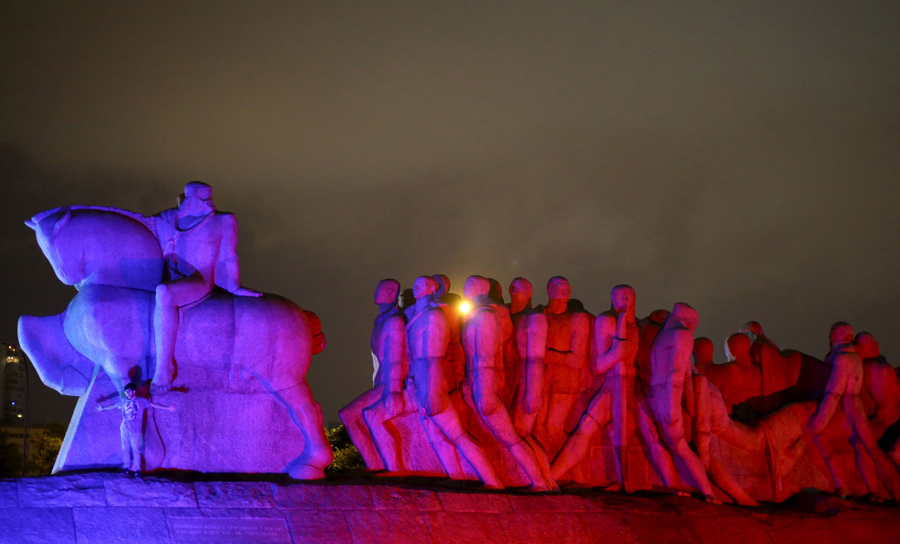 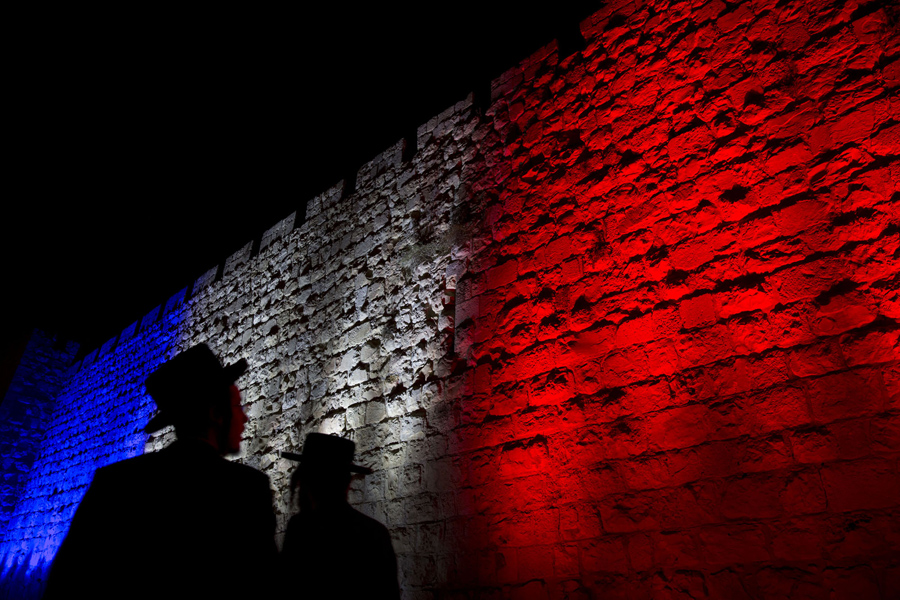 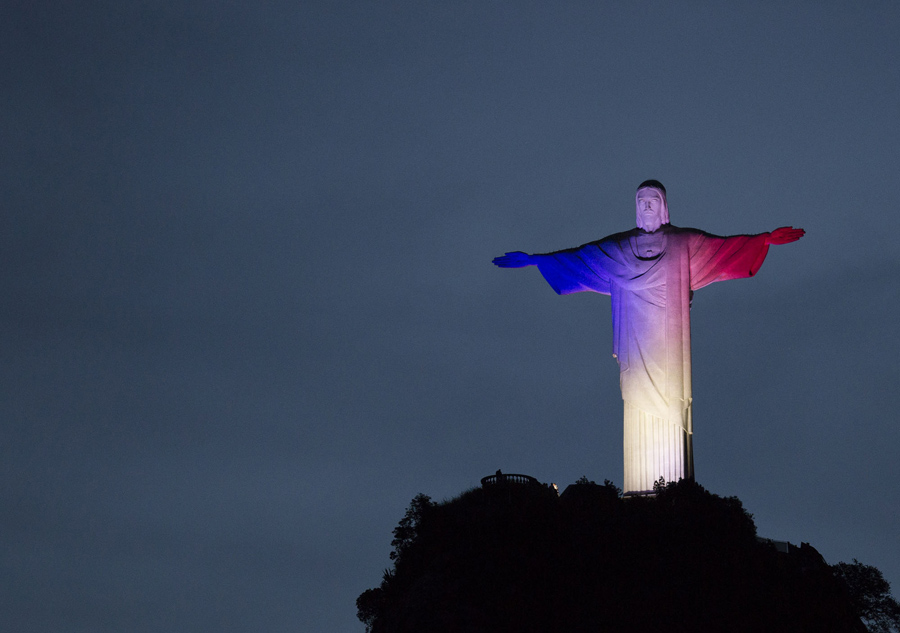 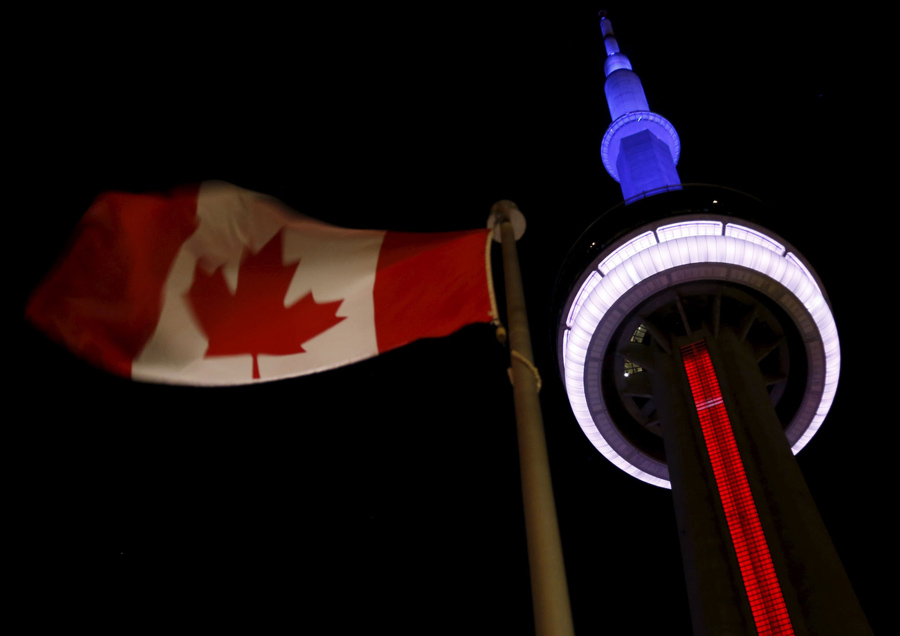 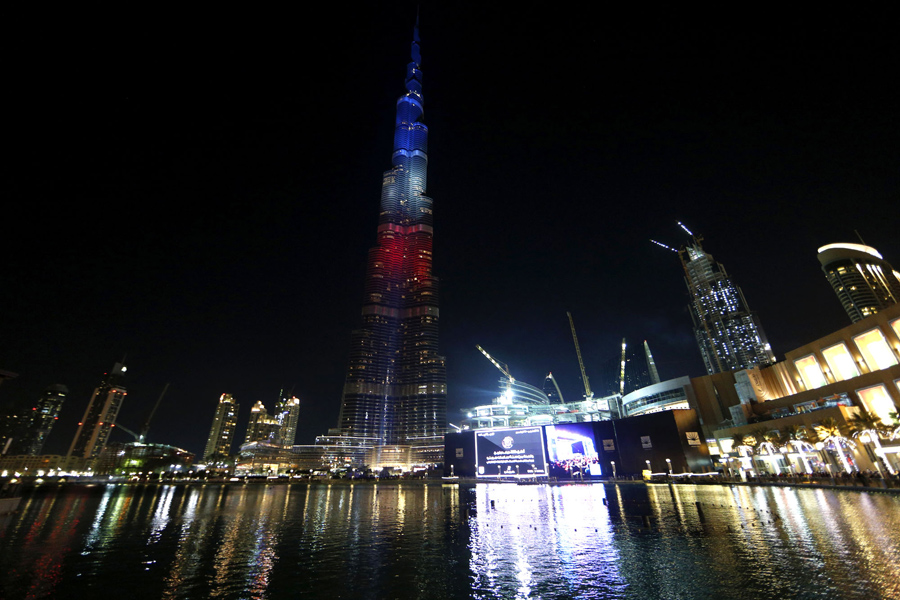 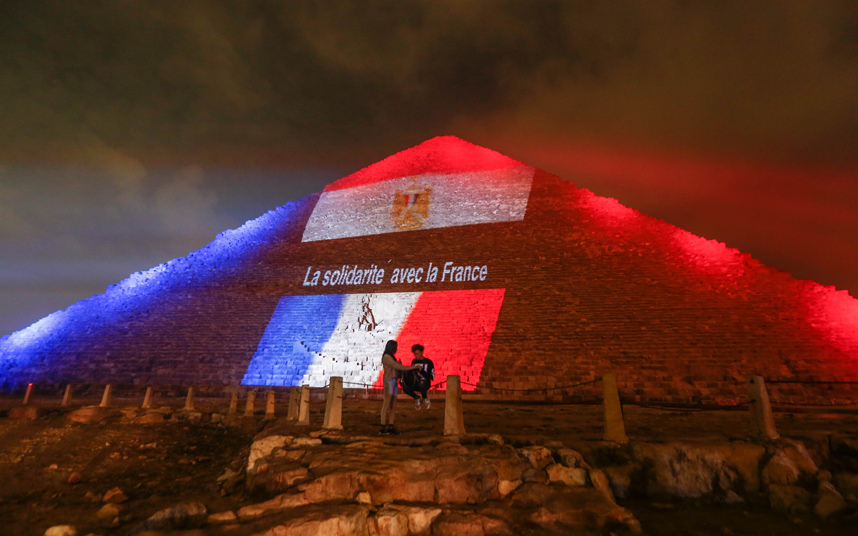 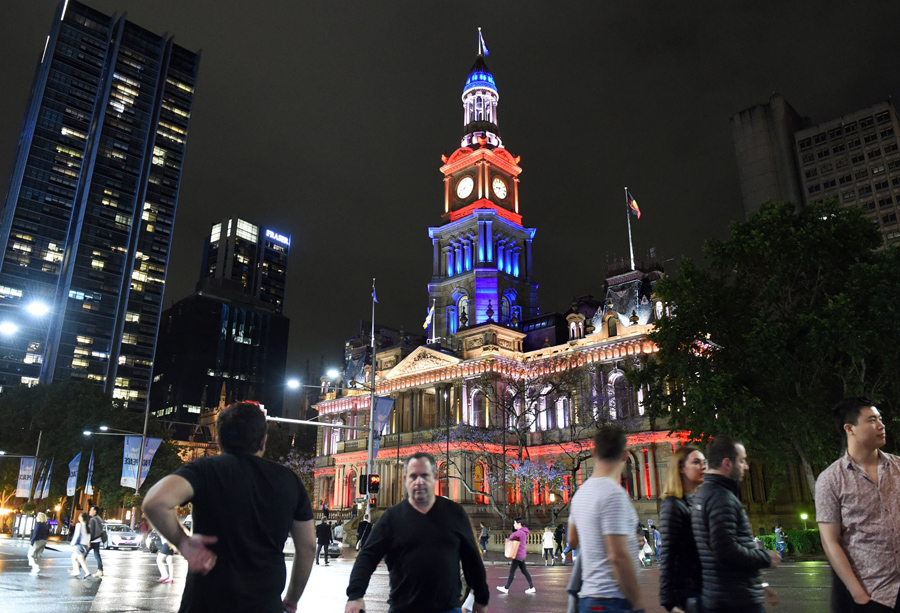 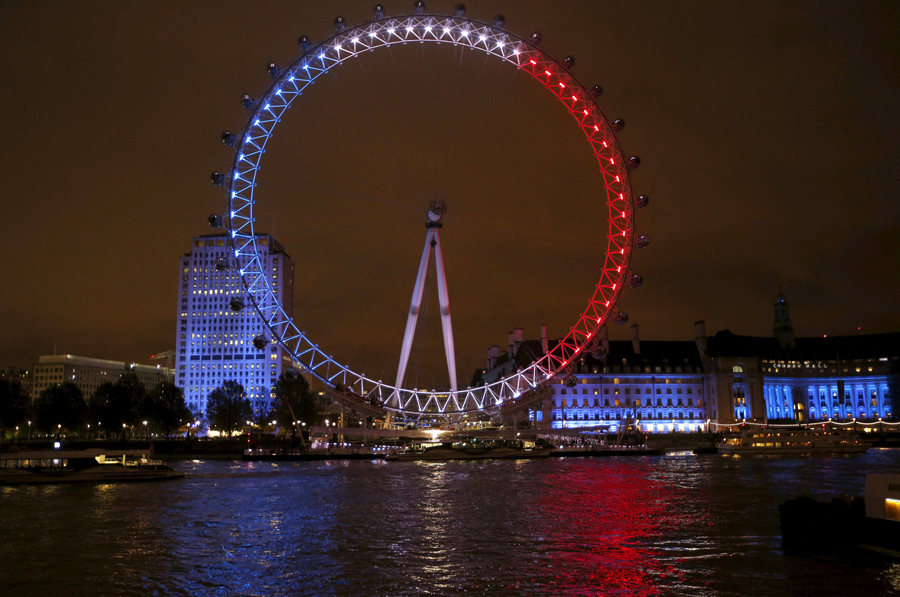 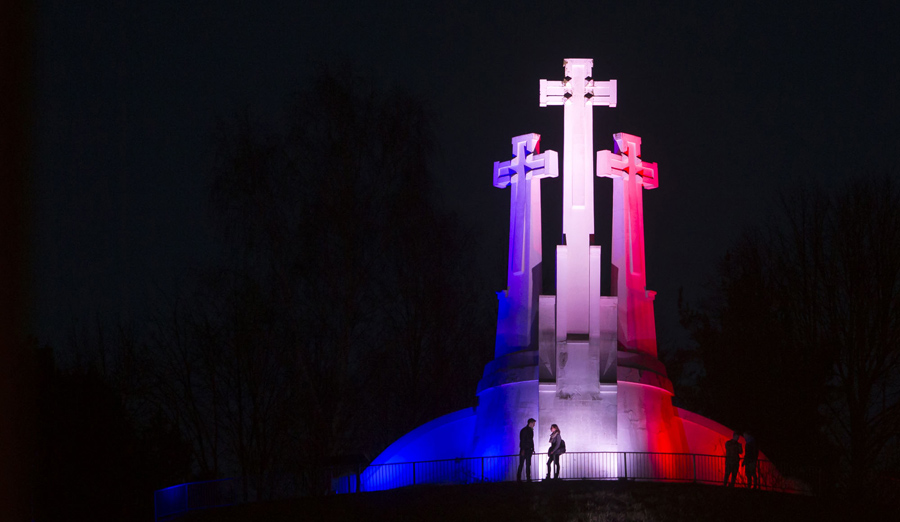 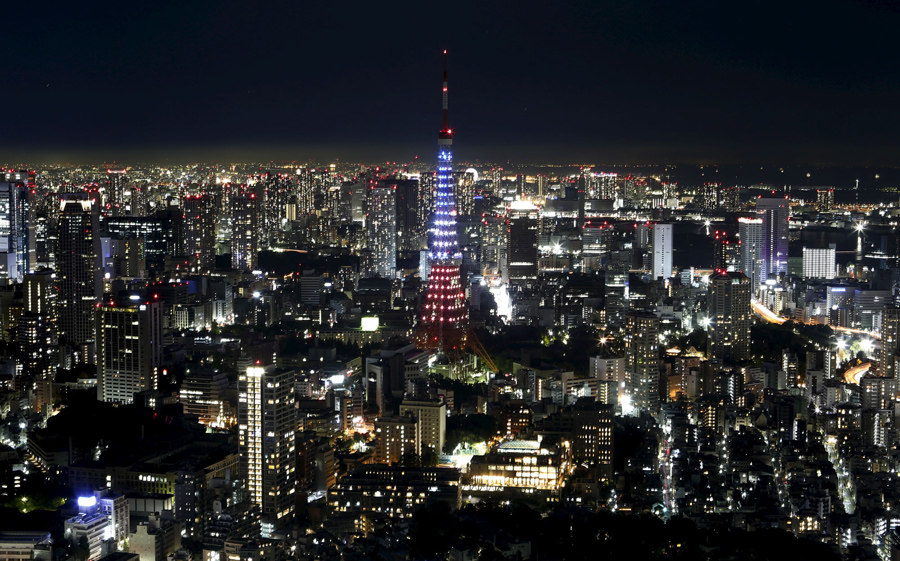 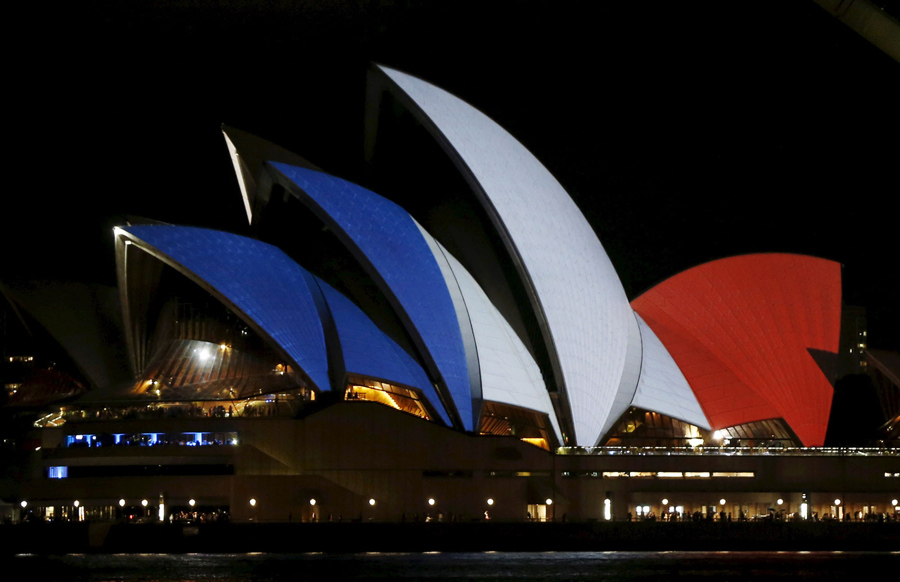 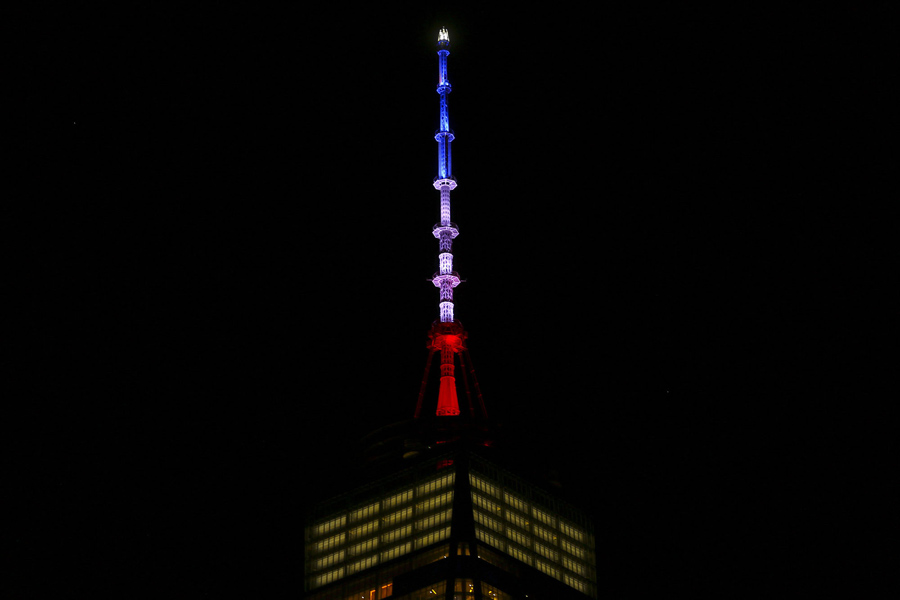