Why Are So Many Women Joining ISIS? CNN Has The Answer - "Jihotties"

NEW DELHI: Remember when CNN linked the success of the Islamic State to the jihadists’ use of nutella and kittens? Here’s a link from The Citizen just incase you had forgotten (I almost hope you had). The media giant has one-upped the previous theory, putting forward their latest theory for why women are going to Syria to join the Islamic State: Jihotties.

The story run by CNN is centred on a blog written by Bird of Jannah (see The Citizen’s account of the blog and other diaries of the Islamic State’s women recruits here).

The CNN video on the blog is dramatically different from The Citizen’s account, titled, for instance, “ISIS using 'jihotties' to recruit brides for fighters.”

“Analysts say this blog is a recruitment tool for Isis, targeting mostly women, in a match.com style,” CNN explains. The real catch? “Jihotties.” “'Jihotties' refers to men who are displaying the masculinity, what heroes they are and how amazing they are as good Muslim men who are brave and are willing to fight.”

The internet, predictably, had a field day. 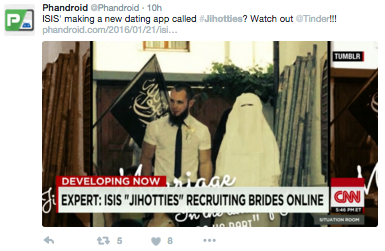 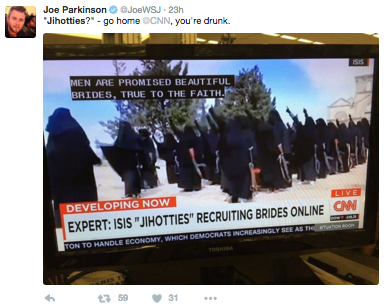 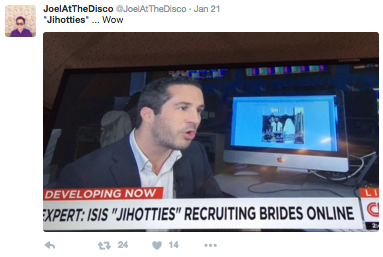 The term, Twitter indicates, was around way before CNN got to the party. 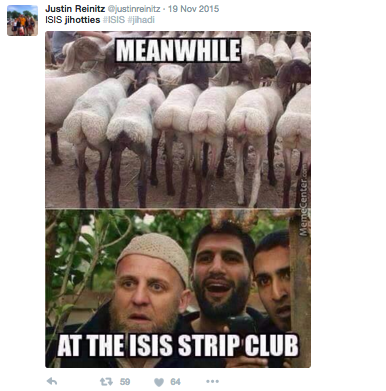 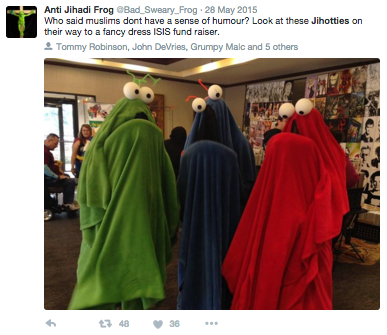