NEW DELHI: You’ve got to hand it to the police in India. While the rest of the world adopts state-of-the-art technology, our cops’ idea of progress is almost a regression. If lathis were not medieval enough, police in Haryana have gone truly old-school with their latest weapon for crowd control -- a slingshot! And if that isn’t enough for them to win the “best Indian stereotype” award, instead of firing plastic pellets or paper balls, these slingshots are loaded with marbles and chilli powder!

Haryana police said that the new weapons are a “civilised” way to "avoid any casualty" and maintain law and order. "Marbles and chili balls won't cause any permanent damage but will pack enough punch to push protesters back," Abhishek Jorwal, chief of police in Jind district, assured the BBC. Jorwal said that the "idea is to avoid the use of lethal weapons against the protesters"."Officers have been instructed to use slingshots and tear gas shells, and keep guns and bullets as the last option." 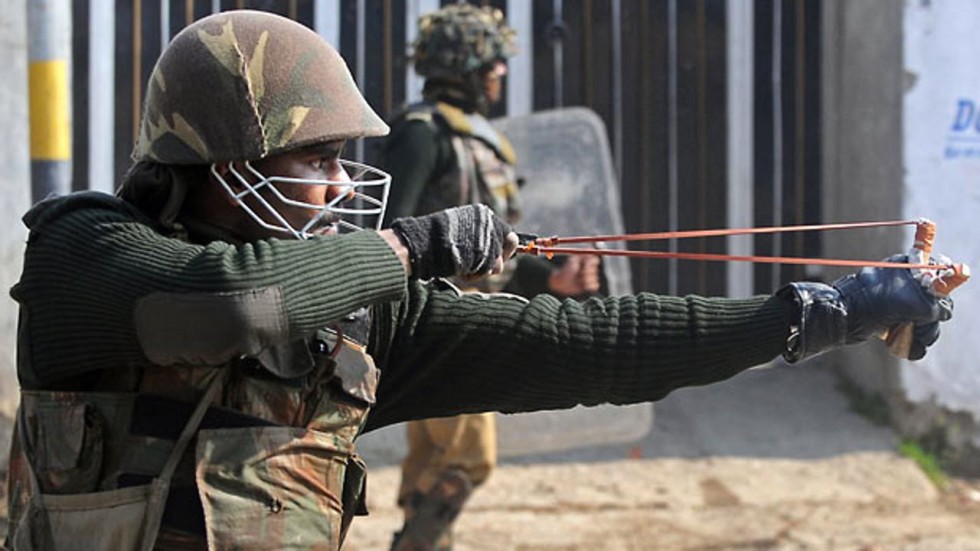 (A paramilitary trooper uses the slingshot in Kashmir)

The Tribune reported that Haryana police officers are undergoing special training to fine-tune their slingshot skills, and they've been told “guns and bullets must be the last option” in violent confrontations. “On the directions of senior officials, we have given special training to the policemen to use slingshots during clashes with teargas shells to avoid any casualty. Guns and bullets should be the last option,” said the SP as quoted by the publication.

A police officer told AFP that only violent protesters will be targeted by the new weapon. "And it's not like we plan to use marbles on peaceful protesters, it's only meant to control hostile people," Anil Kumar Rao, police inspector general of Hisar district, said. "We have to step in and take certain action when people are burning government property, cars. This is a very, very positive step — a civilized, cost-effective weapon."

As The Global Post points out, “It’s not the first time that Indian police have resorted to slingshots and other unusual methods of crowd control.”

Officers in the Kashmir have been known to use slingshots during clashes, and last year law enforcement officials in the northern city of Lucknow began using pepper-spraying drones to counter protesters — with “brilliant” success. 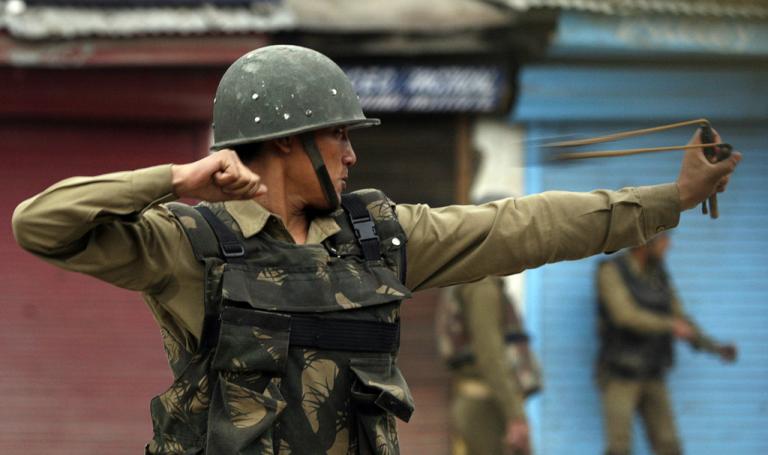 While it all may sound bizarre, the people may consider it a welcome step. You may recall that Haryana police came under fire after three boys were killed in clashes between the Jats and the police during the last agitation of the Jat community for reservation in the district.

In that context, chilli-powder slingshots over guns, any day!