NEW DELHI: A video of a training session involving members of the right wing organisation Bajrang Dal has gone viral on social media. In the video, the organisation’s activists are seen at what is described as a “self defence camp” -- with volunteers dressed in skull caps used to depict terrorists.

The session filmed was taking place at Ayodhya in Uttar Pradesh on May 10, with the training centred on a mock drill to kill the volunteers posing as “terrorists.”

Manoj Verma, the organizer of the training session, said that it is done with the aim of building self confidence in the activists. “We prepare them to boost their self-esteem. This training is of self-defence. They are taught to tackle different situations. This is about self-confidence," Verma said (as quoted in the Deccan Chronicle). "This whole annual program is about boosting the self-confidence and morale of the cadres," he added, referring to the camps that are still to be held in June in Sultanpur, Gorakhpur, Pilibhit, Noida and Fatehpur. 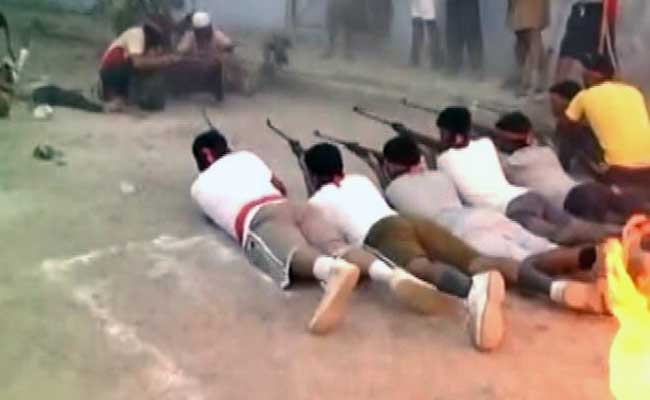 (A still from the video)

Uttar Pradesh Governor Ram Naik told The Indian Express that the training camp is a valid exercise. "Those who cannot defend themselves, cannot ultimately defend the country and there is nothing wrong if some youths are getting arms-training purely for self defence," he said.

The video has been criticised for promoting enmity between communities, with valid questions being raised on the depiction of “terrorists” in skull caps -- a marker of the muslim community. 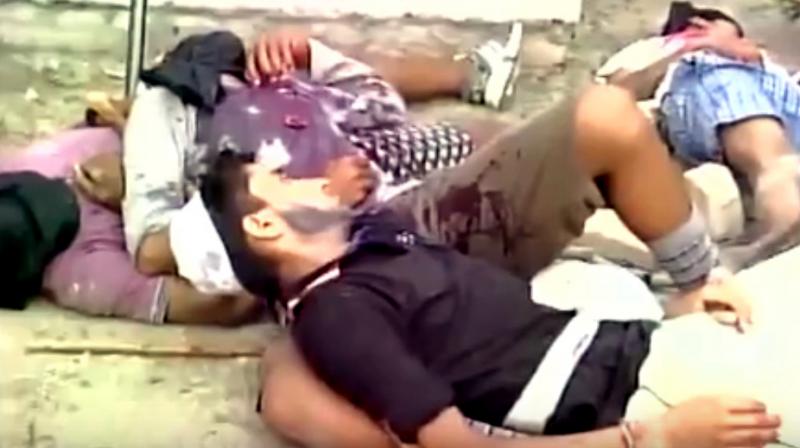 (A still from the video)

As such, an FIR has been filed, with Faizabad Superintendent of Police Sankalp Sharma telling the media that an FIR has been registered under section 153 A- for promoting enmity between different groups. Sharma added that the matter is being investigated.

The video has received a lot of attention on social media, with Twitter abuzz with references, largely critical. 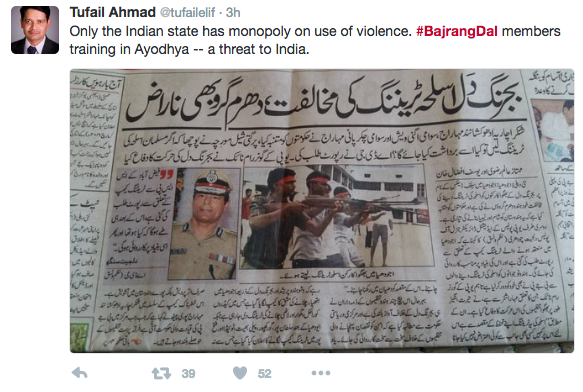