NEW DELHI: Pokemon Go is a sensation. In a short span of time, the game has broken all records, with users around the world using their smartphones to transform reality into a Pokemon catching battlefield.

In violence torn Gaza, however, the game has taken a more political turn, with Palestinians using it to highlight everyday oppression. Although the game has not been officially released in the region, users have used hacks to get access to the game.

The images of users playing Pokemon Go in Gaza have a connotation very different from elsewhere. One such image is that of Pikachu lying among rubble in a site that has been torn down, with the health status of the creature describing it as “Dead.” 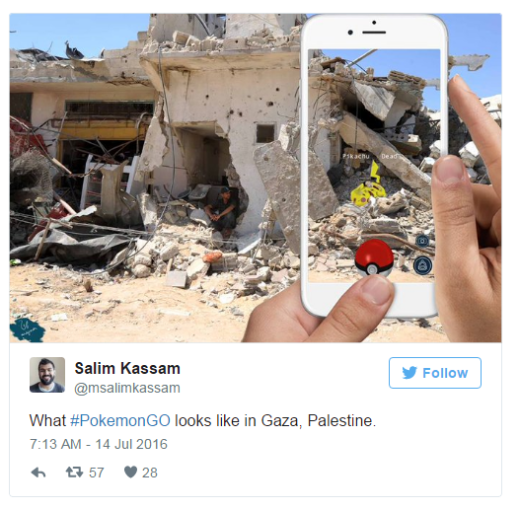 Another image being widely shared depicts a rare Charizard that’s out of reach because it’s on the other side of the apartheid wall that separates Israeli territory from the West Bank. 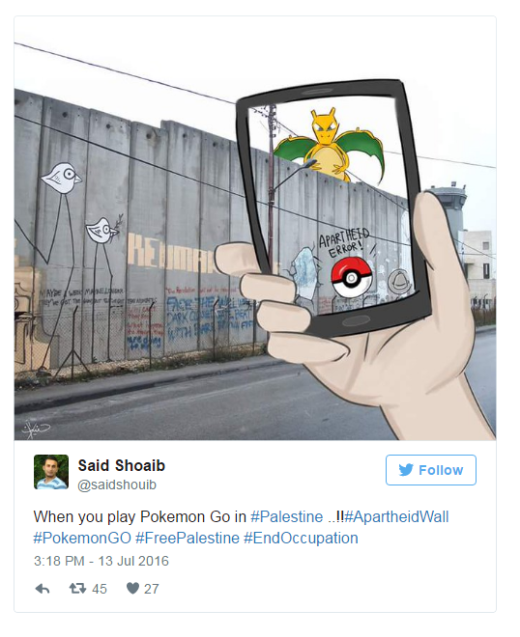 And when it’s not images, it is comments from users highlighting the tragic realities of life in the occupied territories.

In Israel, the game is quickly gaining popularity. Israel’s naval force has posted about using the game, writing: “There are some Pokemon that only we can get to.” So too has the country’s President Reuven Rivlin, who posted a picture to Facebook of a Pokemon in his office, writing: “Someone call security.” 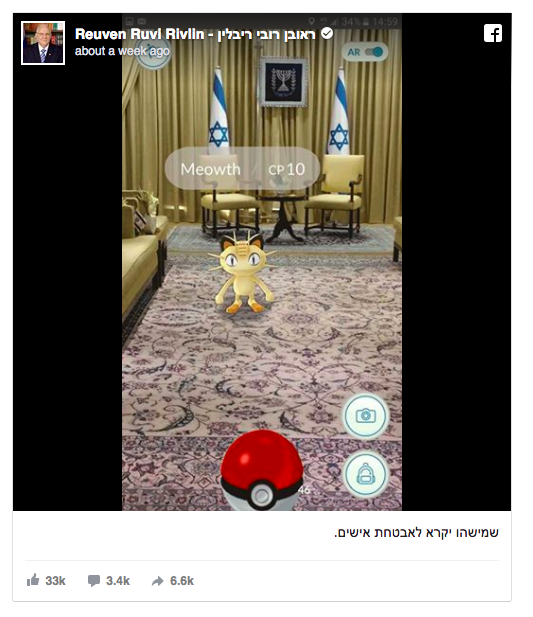