Meet The Humans Of Bombay

MUMBAI: You’ve heard of the Humans of New York, and you’ve possibly even heard of its several spin off pages (y’know Humans of Rome, Humans of Sydney, Humans of Seoul, Humans of Tehran, Humans of Pakistan, and even Humans of India). In fact, the photojournalism project has been so wildly successful that almost every university, town, city and country have a spin off page chronicling the stories of the humans who call it home.

One of our favourite spin off accounts (and trust us, given the vast number of such accounts and the poignant stories they inspire, choosing a favourite is no easy task) is the Humans of Bombay page.

Here is a sample of recent posts. 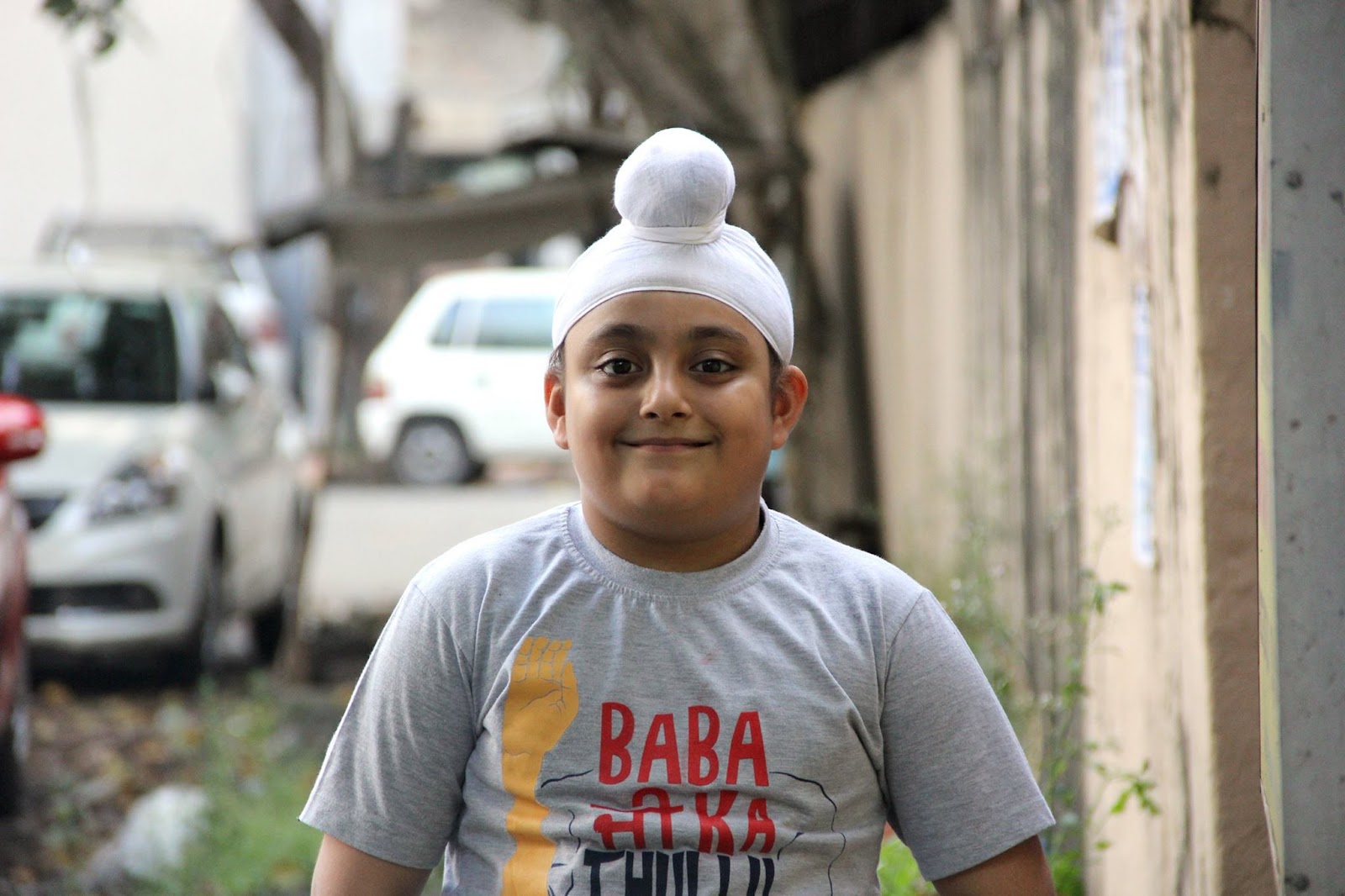 "Why are you smiling so much suddenly?"
"Didi...actually...I'm thinking about butter chicken…” 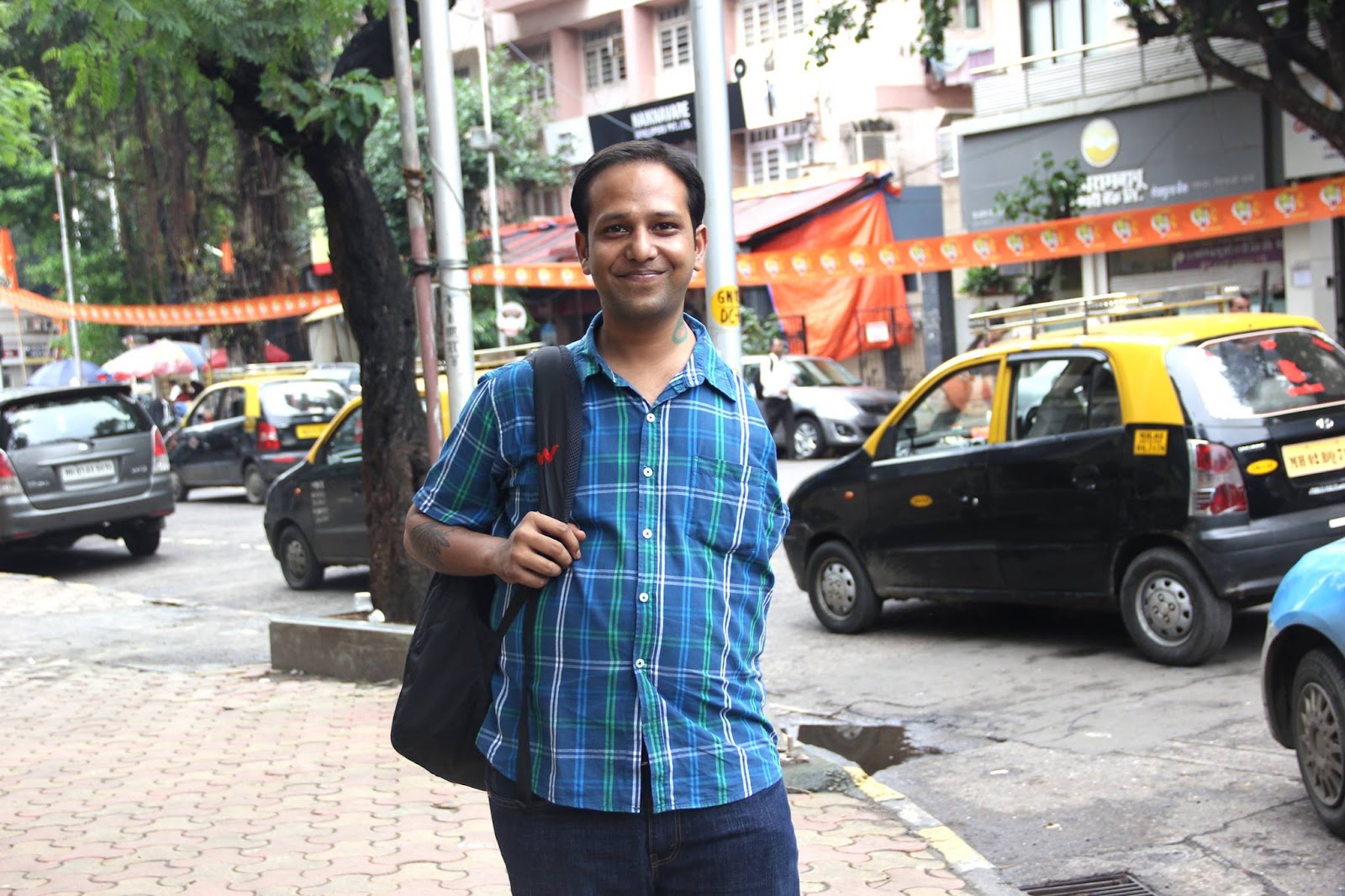 “I was diagnosed with cancer at the age of five, and at the age of six my doctors had to amputate my left arm right up till my collarbone. Of course it was a struggle while growing up — other children making fun of me, not being given the same opportunity as them; whether it was wanting to be a boxer or participate in other tournaments. As I grew up, I began to accept my situation and would often joke about my ‘missing limb’. I was also very determined as a child.

I was always a huge fan of football, so I would train really hard to be a goal keeper and all that training paid off — I was selected to play at the Inter-school level. The first match of that tournament was an unforgettable one for me. When the coach of the opposite team realised that I was the goalkeeper, he declared that his team would win by ‘atleast 6 goals!’ but I didn’t let that bother me. I was so focussed on doing my best that we ended up winning the game 4-2! That was a day of validation for me— that if I really try nothing is a limitation.

And that’s what my entire adult life has been about — trying different things. I’ve worked at a call center, at a movie rental place, as a waiter at a hotel, as a hotel manager and even a brief stint in bartending! I began to travel a lot as well and when I was in Goa, I began to write poetry and sell my pieces for 6 months. As another experiment I worked as an AD for a film called Candy flip and thats when I fell in love with the profession. Ever since then, I’ve started my own company called ‘Secret Locators’, a post film production house and I’m living the life of my dreams!

In 2014, my cancer resurfaced in another form, but I beat it for the second time. Or like I usually say — ‘my invisible hand is always showing the invisible finger to cancer!’ Jokes apart, these things happen in life — it’s how you deal with it. I prefer to take it with a pinch of salt and move on and I wish people would do the same and stop being sympathetic towards me — I’m not disabled, I’m differently-abled! People need to understand that being sympathetic makes it worse — I mean look at me! I play cricket, chess, table tennis and I’ve climbed a mountain, 13,500 feet above sea level, with a 75Ltr backpack…twice! Does it really look like I need any sympathy?” 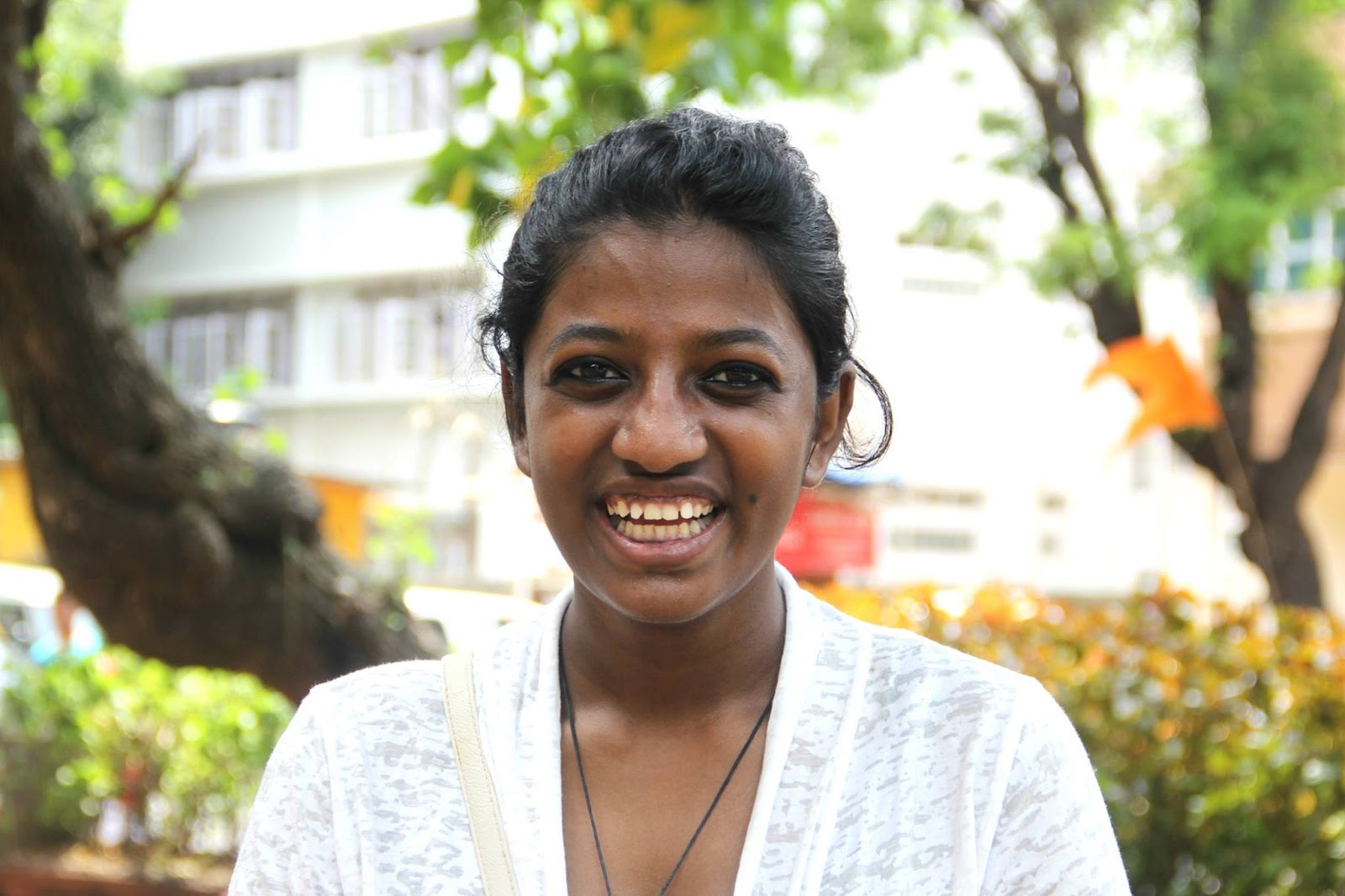 "I was born in Kamathipura. My mother used to be a sex worker because she was trafficked here from Kerala, but when she met my father who fell madly in love with her -- she gave it all up. Even though they were married and she started working as domestic help - my family couldn't afford to move out of Kamathipura.

Growing up, I faced a lot of discrimination. I had everything going against me - a dark skinned Indian girl from a red light area. At school, the other children refused to talk to me or play with me. They would call me a 'crow' or 'black cow' behind my back and treat me like an untouchable. I was always by myself and at the age of 10, one of my professors at my school took advantage of the situation and raped me. Our education system is such that we're not even taught about what a good touch or a bad touch is, so how was I to know? I was too scared to tell anyone until the age of 16 when I began therapy and realized that I had been raped.

My only coping mechanism through everything has been theatre. I'm part of a street play group where we go around explaining through theatre what a 'bad touch is' or about menstruation and sex. So many times, the cops in Bombay have shooed us away because they here the word 'sex' -- it's so infuriating that we live in a place where we'd rather let our daughters get raped then explaining these things...just because it's considered a taboo.

My parents moved back to Kerala in 2013, but I've been here in Bombay because Kamathipura is my home. And it's a beautiful home -- there's so much love here. The women here are amazing, beautiful humans who have treated me like their daughter. I remember, a few months ago I was crossing the road when a taxi drove over my foot and refused to even stop. To him, anything he did in Kamathipura was acceptable because everyone there is 'dirty' according to him. But these 2-3 women charged upto him and said 'how can you treat our daughter like this?...get out of your car and apologize'. So many times men will look at me and make lewd gestures, but these women will come to my defence and tell them to back off.

Funny isn't it? I was never discriminated against in Kamathipura, but I was outside. I was never sexually abused here, but I was at a school in Bombay. That's why I'm still here. Through Kranti I went to San Francisco for a programme called 'Girl on the Run' and I learnt so much. I found people were so accepting of my color, my background and my abuse. For the first time, I could speak freely about sex without worrying about a cop shooing us away. I learnt so much that I wanted to come back here and make my home a more accepting place through my theatre.

Why is beauty so superficial? You maybe fair and I'm dark, but I still feel beautiful. Why is beauty associated with skin color? Why does where I come from matter? Why can't we see people for the good in them? Why can't we just accept?" — with Balraj Balraj. 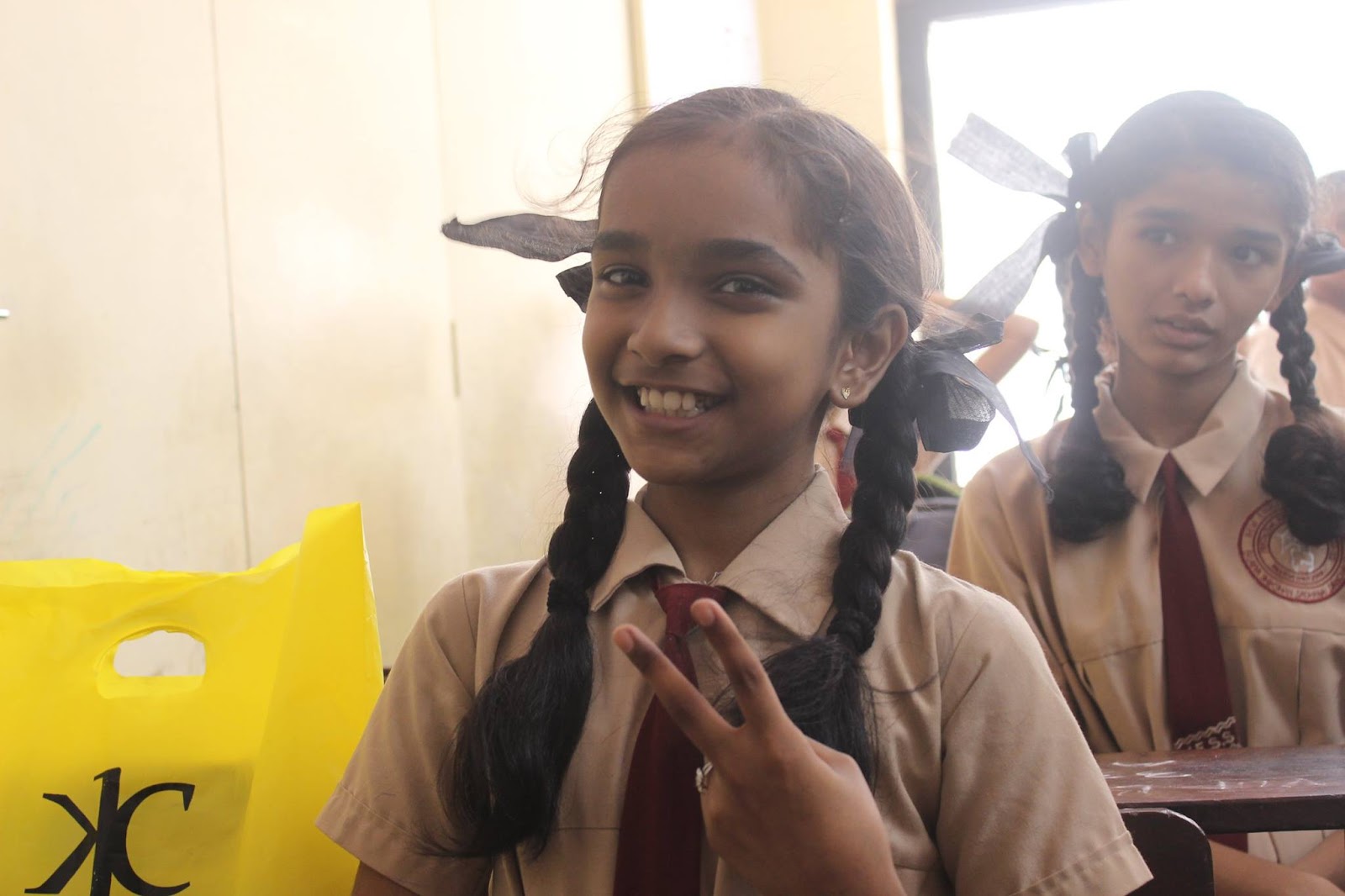 "My favorite English word is beautiful."
"Any reason in particular?"

"Because it is the one word that applies to everyone on Earth. Everyone is beautiful no matter how they look or where they come from. I wish more people could know that they are so beautiful...that would make them happy and then no one would be sad again!" 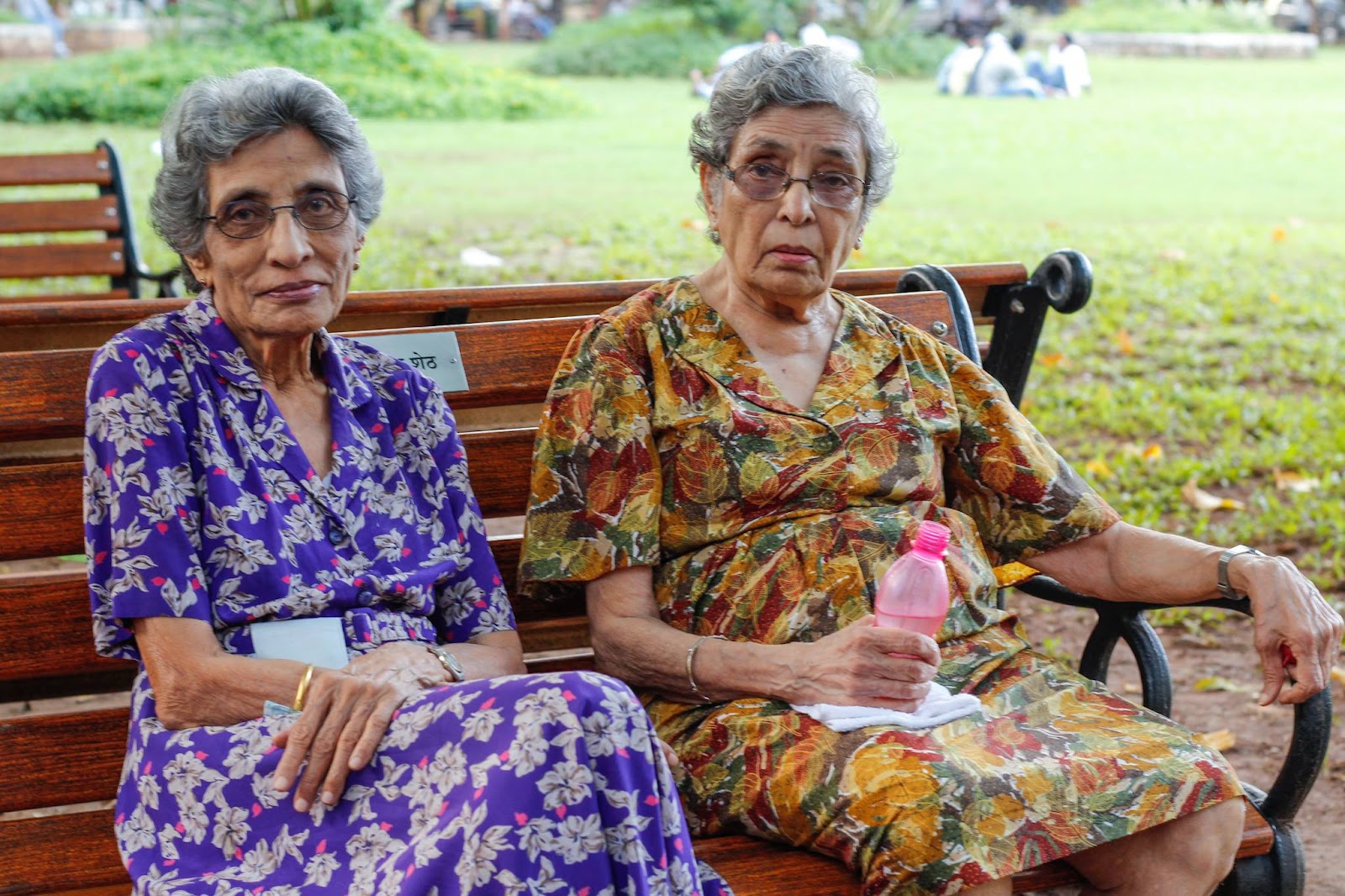 "She's unmarried, I'm married but that's never changed anything between us. In fact, she's made me travel with her pretty much all over the world so I'm not complaining! Oh, the things we've seen and the places we've gone--you can't imagine! We're still as crazy together-- don't let our age fool you!" 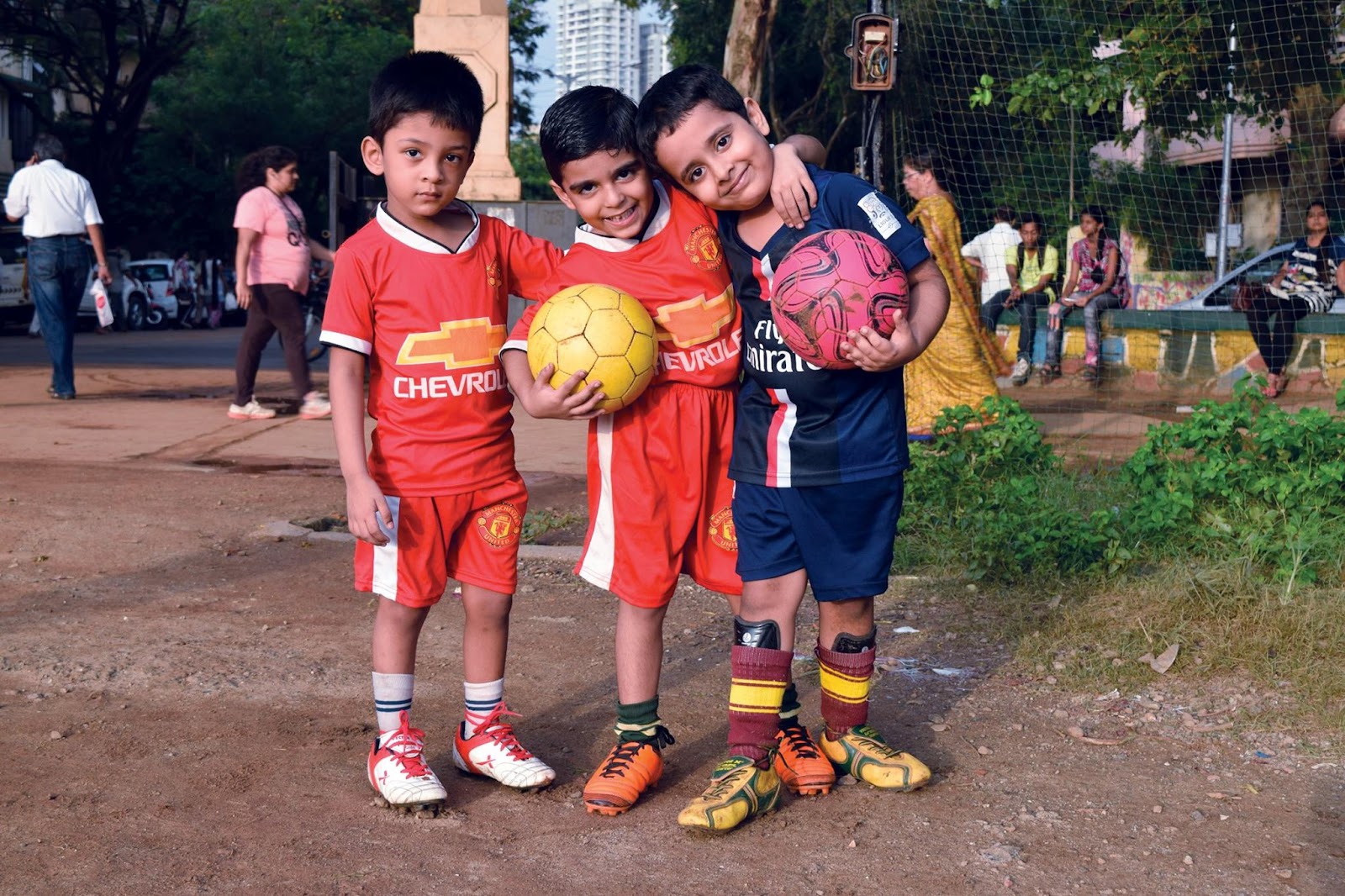 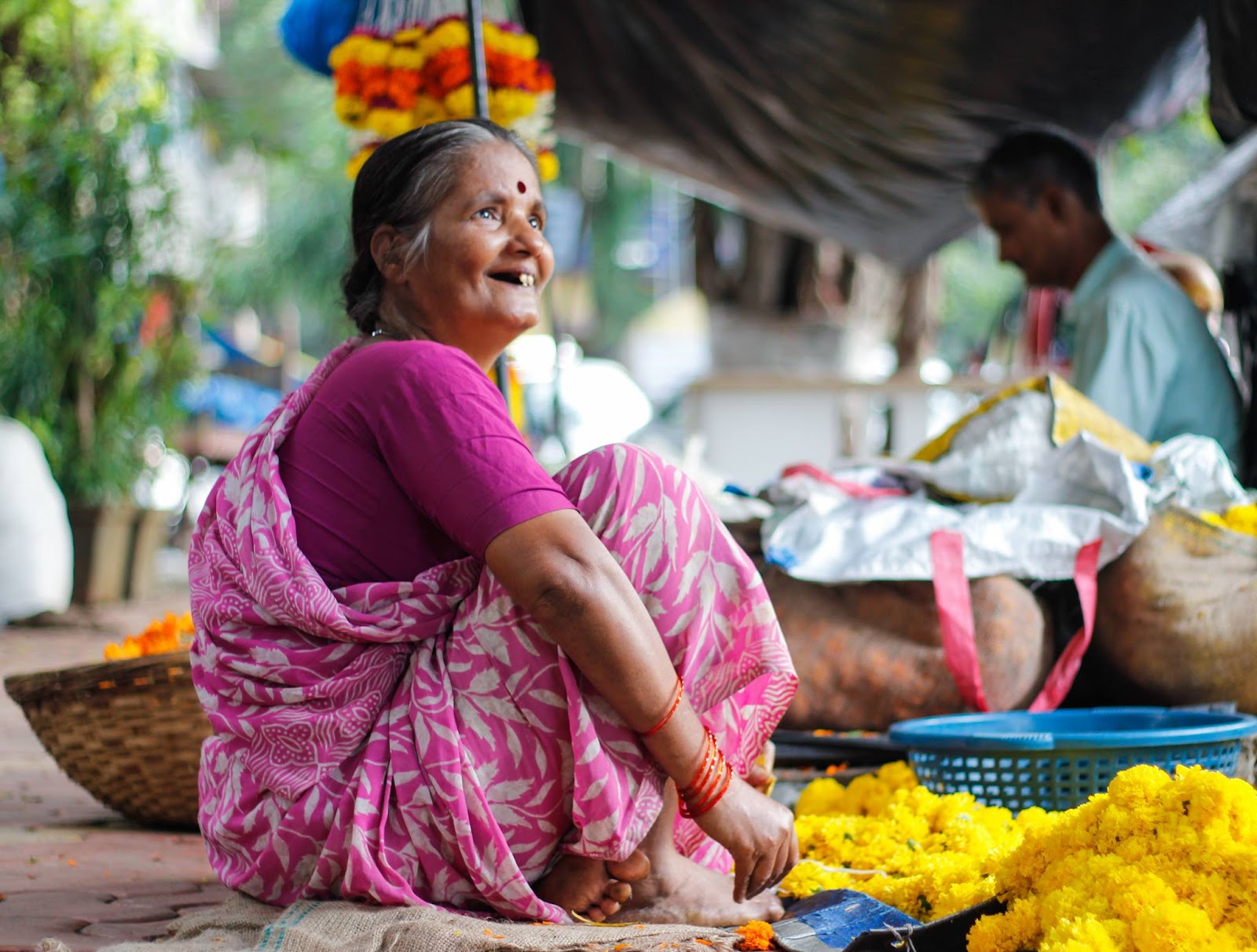 "My husband used to drive a taxi and I would be at home managing the house and taking care of our children. He often told me to start working and keep myself busy, but I had a terrible fear of losing all our money. Finally one day, without telling me he took whatever little money we had saved and got me to this place, surrounded by these beautiful flowers. He said if I could run our house, I could run any business -- and that's how I started this small stall around 30 years ago.

Slowly, I began saving money from this and with both our incomes our life became drastically better. I still remember the day where we saved enough money to send our children to an English Medium School and I couldn't believe that my income had contributed to that as well. That day, we went for a movie and ate spiny channa on the street. He passed away a few years ago, and even though I miss him terribly everyday, I think he was slowly preparing me to live without him. I'm independent, I run and manage my house, pay for all my expenses, my children are settled...and I save enough to buy myself a new sari every now and then!" 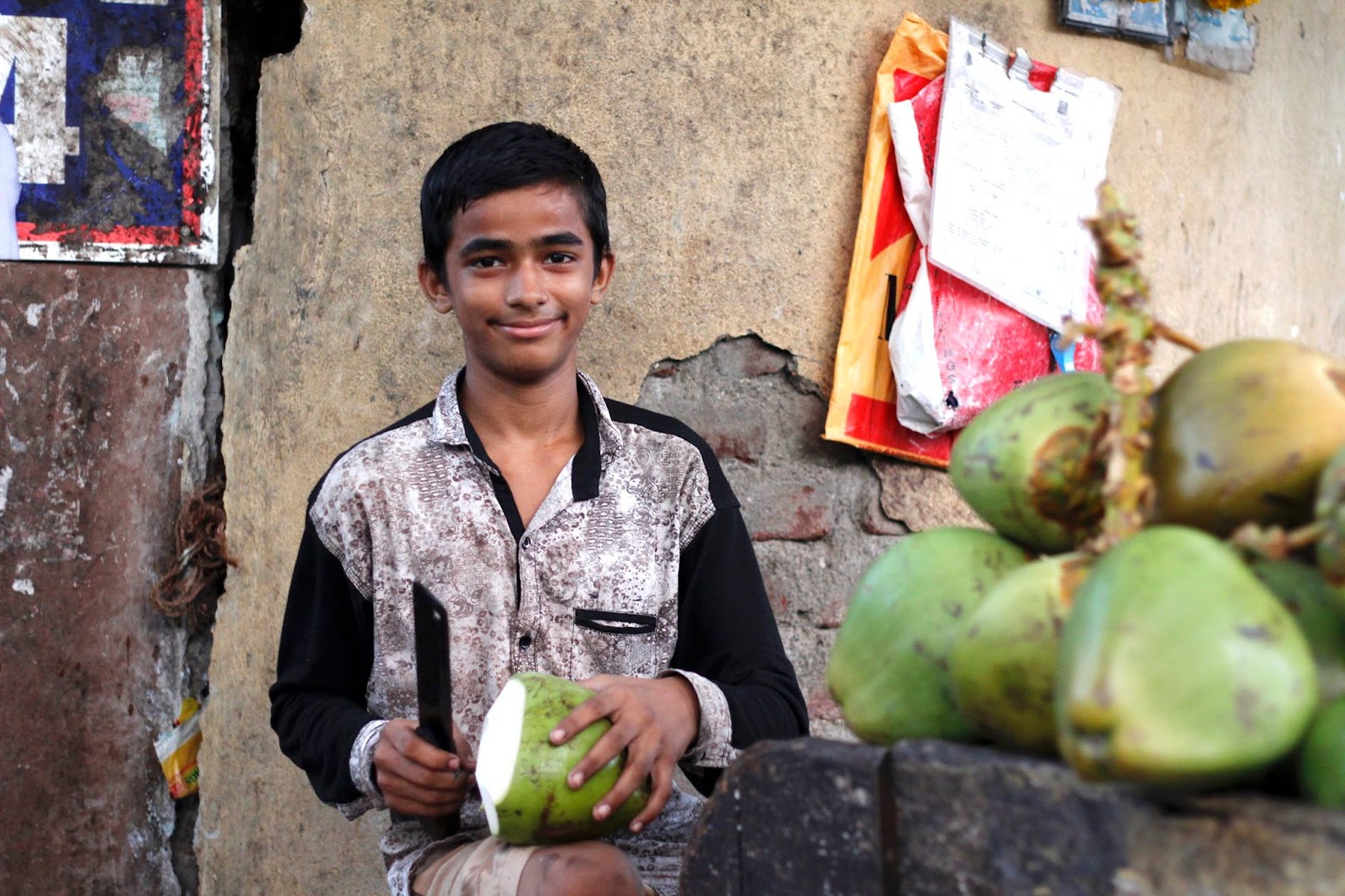 "My father stopped working when I was 9, and being the brother to 4 sisters I felt responsible towards them and my mother. I help my mother at this stall from 5 am to 8 am before school and after my extra class at about 6pm. Sometimes I get cuts, which my teacher at school bandages, but it's all worth it in the end-- anything to help my mother. 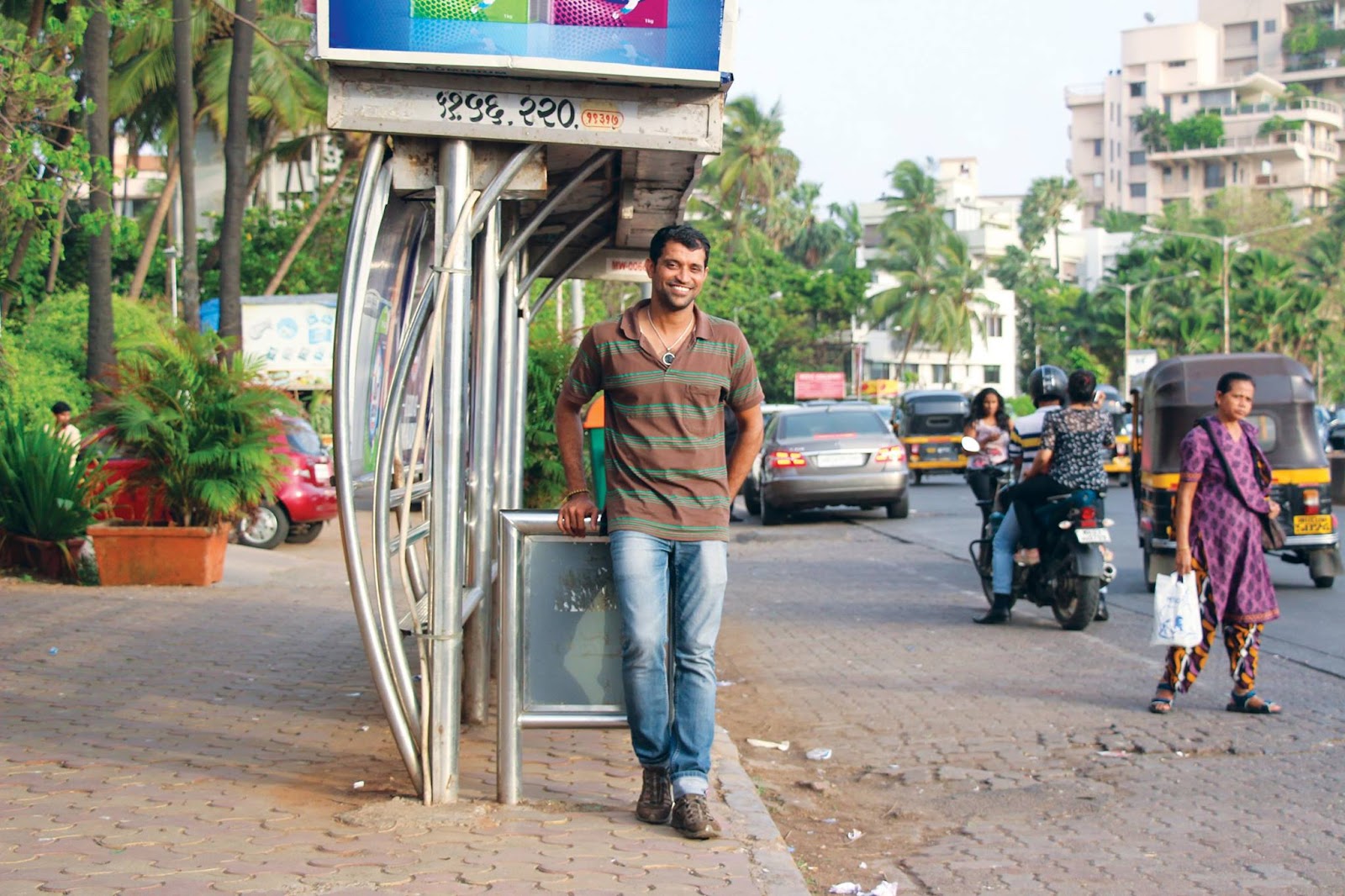 "When I was 5 years old I used to work at a tea shop, but one day when I dropped a tray full of cups I ran away, terrified. I couldn't go home to my abusive parents, so I ended up at Malad Railway station. I stayed there until I was 8, polishing shoes, eating from the bin and singing in the train. One day, Sister Serafina came upto me and said, 'come to Sneha Sadan, we will take care of you', but I was scared because previously, people had lured me into their homes and raped me. After she kept trying, I finally agreed and that changed my life -- I was there for the next 10 years under her and Father Placie, who got me a job as a driver/manager for Mr. Eustace.

I worked there for 13 years and it was from him that I learnt to speak fluent English, and understood the importance of creating my own identity. Every year he would gift me something for Christmas, so during my 4th year, when he asked me what I wanted -- I said a trip to Barcelona. I told him that here, people would always look down upon me as a street child, but I wanted one opportunity to travel the world and discover -- and he gave it to me. My biggest love is Bombay and do you know what I felt, when I saw my heart from the sky?

I came back, inspired and with the help of Eustace I started Sneha Travels to help people from all over the world to discover my Bombay through my eyes. I made many international friends this way, one of who pushed me to write my own book -- so me, a street child who has never picked up a book to study, began writing. My neighbours corrected the grammar, a friend from Spain published and I had my life on paper -- Bombay/Mumbai : Life is Life, I am because of you. So that's my story -- I was running at 5 and I'm running today at 25, only difference being at 5 I ran out of fear, but today I run with confidence to take on the world and help all the other Amin Sheikhs like me." 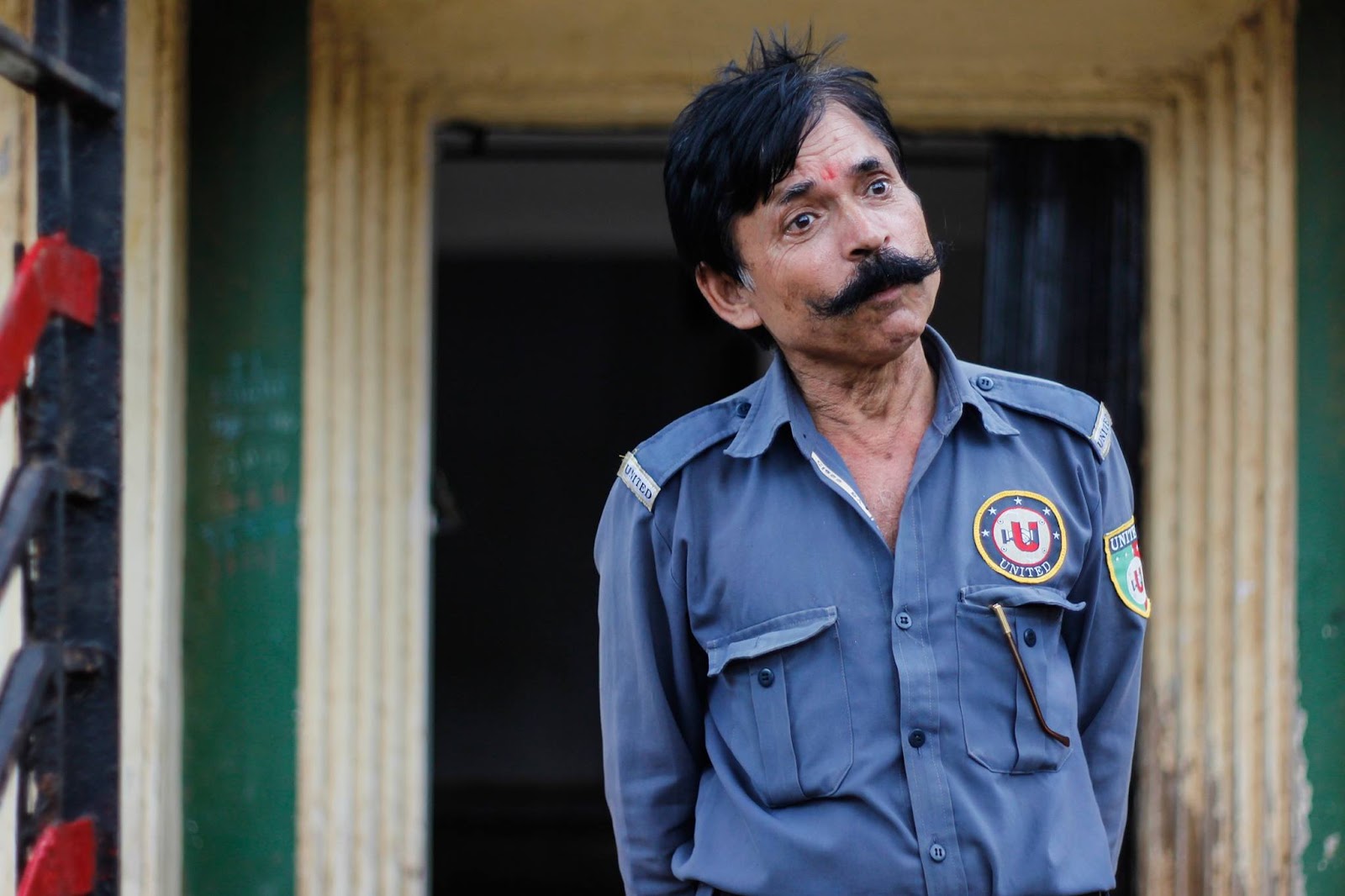 "We have one life madam, why think about sad time?What's gone is gone, then why think of it? Everyday for me is like a new life and once night comes that chapter is closed-- that's how I remain happy. Today is my new life, so I must make the most of it, I must focus on happiness and that's how I think everyday. It's a happy life-- it's a very great life."