If you're as honest as Kejriwal, these memes will have you ROTFL, literally

12 memes that capture the humour of India's political elite

NEW DELHI: Indian politicians are funny. Prime Minister Modi blamed malnutrition in Gujarat on dieting “figure conscious girls.” Rahul Gandhi made us wonder what brand of clothing he favours when he quipped “politics is in your shirt, in your pants.” BJP leaders Mukhtar Abbas Naqvi likened make-up donning women to terrorists when he said, “women wearing lipstick and powder are more dangerous than terrorists.” Sharad Pawar prompted his followers to commit electoral fraud when he asked them to vote twice. Babulal Gaur referred to rape being “sometimes right” and “sometimes wrong.” Rakhi Sawant (the fact that she can be considered a politician is ROFL worthy in itself) saying the roads in her constituency will be smoother than Katrina Kaif’s waist!

Need we go on? We may not have an Indian Jon Stewart or John Oliver as yet, but owing to the internet, we have our share of political trolling.

1. This meme captures what many felt whilst Manmohan Singh was India’s Prime Minister 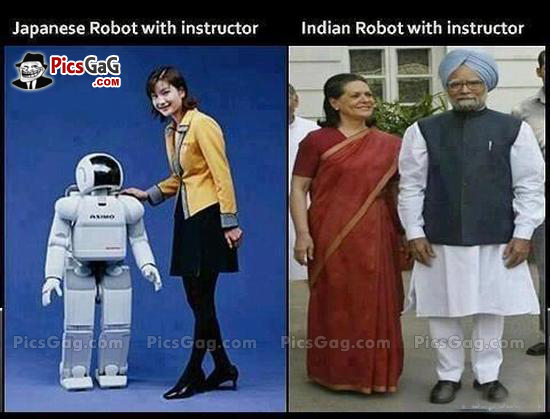 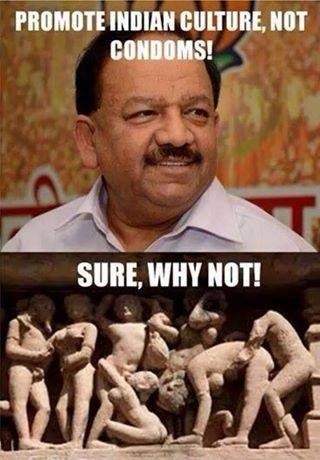 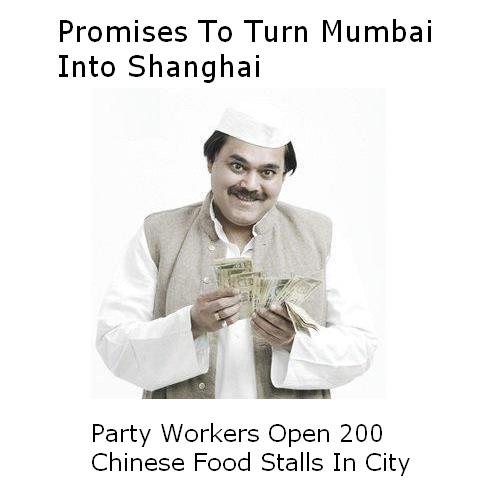 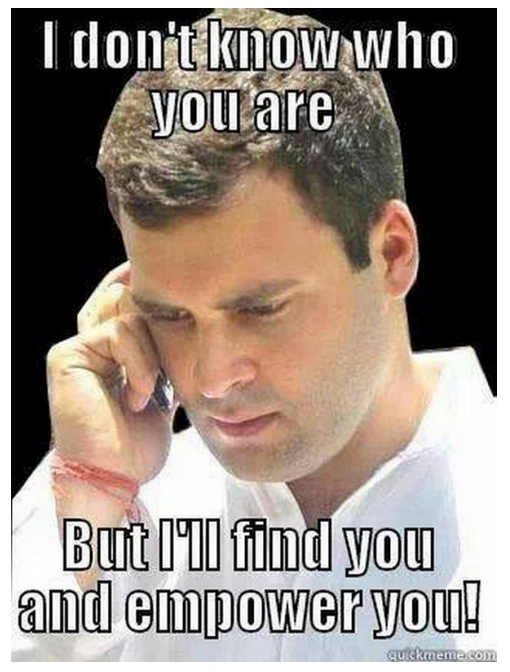 5. Every young Indian with a smartphone can relate to Manmohanji 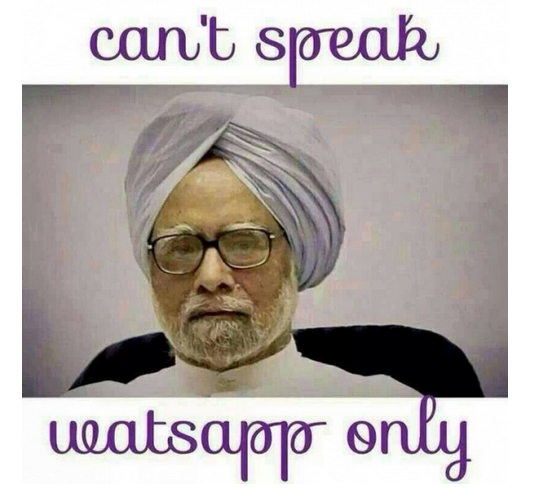 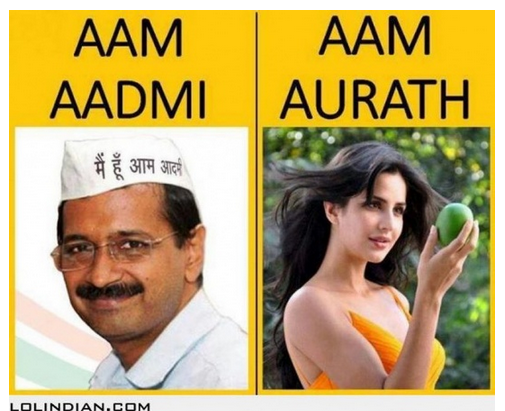 7. Remember when Sharad Pawar asked you to vote twice? You may need to buy this: 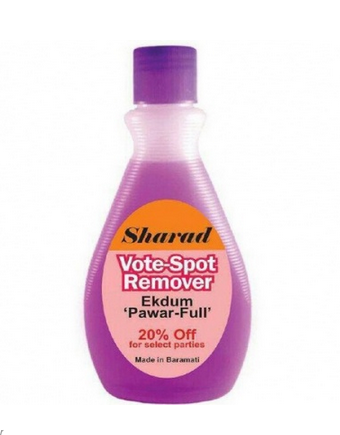 8. The evolution of man, according to Amma

9. You’re not the only one who felt bad for Meira Kumar 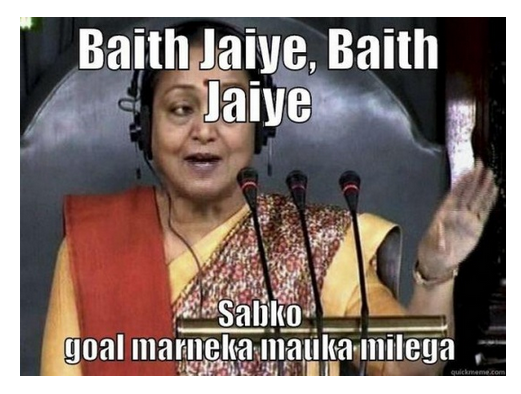 10. The series of “Kejriwal is so honest” memes. We too literally rolled on the floor, laughing. 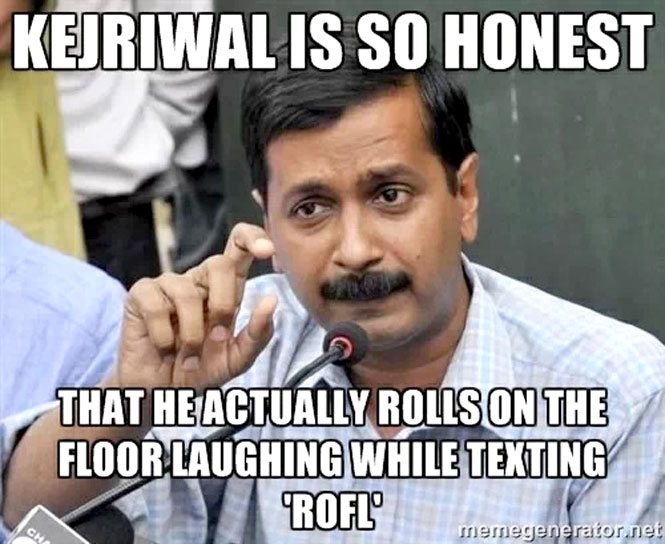 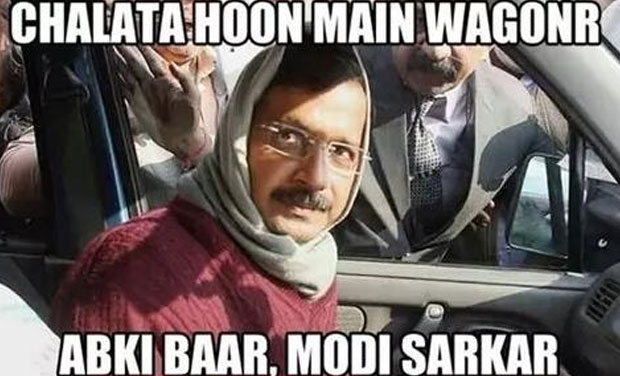 12. And of course, this meme proving that Gandhi did it first 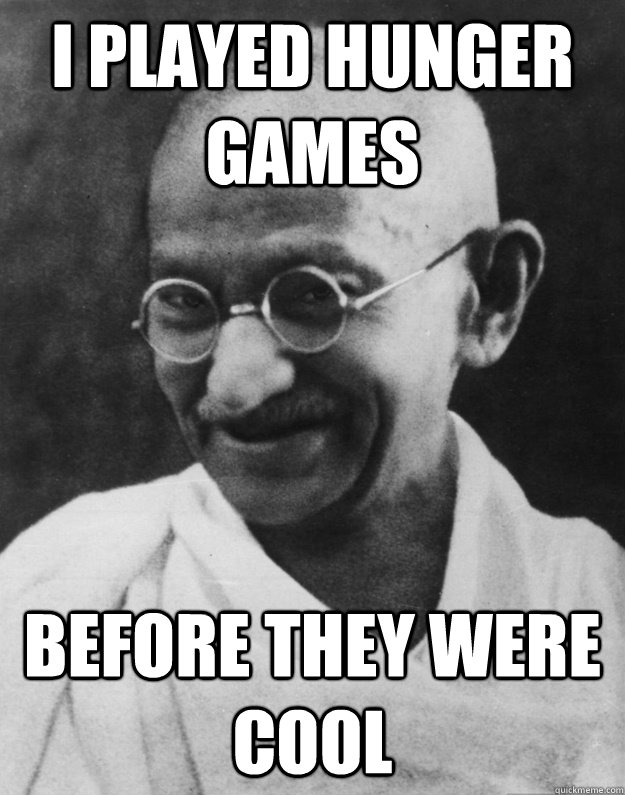