An Environmentalist Who is Nothing Short Of a Saviour!

We were born to help the world, not to destroy it… Then why we are destroying the very environment we live in?

Too much pollution, loss of biodiversity, not enough clean fresh water, soil contamination, deforestation, global warming are just some of the environmental issues we are facing today. We need to make some changes in our daily lives to live in a greener, more sustainable way.

Saving our planet, lifting people out of poverty, advancing economic growth... these are one and the same fight. We must connect the dots between climate change, water scarcity, energy shortages, global health and food security for the love of protection and preservation of the environment and wildlife. 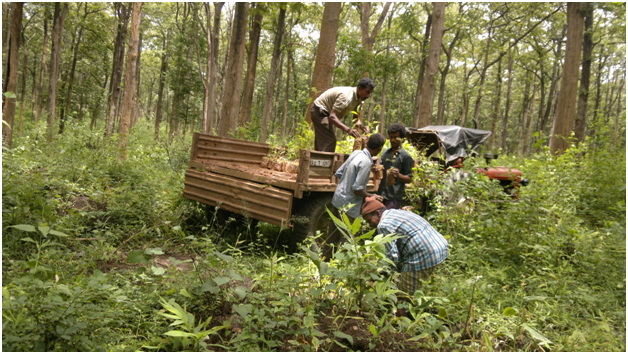 The environment is being destroyed at an alarming rate. Fortunately, there are hard-core environmentalists who are nothing short of saviours that are working tirelessly and round the clock to save our habitat. One such person is the President of the Coorg Wildlife Society - Col C P Muthanna (Retd).

Col Muthanna was born in Coorg (now known as Kodagu) in 1953. His father, late Shri CM Poonacha, was an active freedom fighter and imprisoned a number of times and was once hung in chains for 15 days along with other freedom fighters of Kodagu. In the post-Independence era his father became the first Chief Minister of the erstwhile Coorg ‘Part C’ State, then the Chairman of the State Trading Corporation of India and subsequently the Cabinet Minister for Railway at the Centre. Later during the seventies he served as Governor of Madhya Pradesh and Orissa.

In spite of the political antecedents of his father, Col Muthanna chose the life of the uniform and joined the army in December 1972, commissioned into the 4th battalion of the Maratha Light Infantry. He moved out to a new Raising, 18 Maratha Light Infantry, which he subsequently commanded. On completion of his command tenure in April 1996, he took premature release. One of the reasons for leaving his checkered career from the army was his desire to serve the cause of protecting the environment. 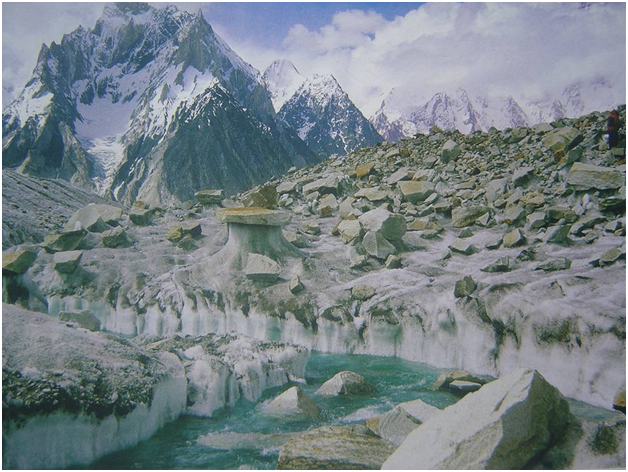 After retirement, he founded the Environment and Health Foundation (EHF), India in 1998. The EHF has been working mainly on water related issues. He conducted a number of water management awareness programs and wrote a book in Kannada on rainwater harvesting for Malnad region. He has set up a number of rainwater harvesting structures for institutions and houses in Kodagu.

A conservationist and nature-lover at heart, he was President of the Coorg Wildlife Society from 2003 to 2009, and again from 2012 till date. In 2006, Col Muthanna received the Dr. APJ Abdul Kalam award for his work in the field of environment by the government of Karnataka. He has been nominated on three occasions as ‘Coorg Person of the Year’. He has also founded the Kodagu Boxing Association in order to tap the boxing potential in Kodagu and spot talent at a young age.

Under Col Muthanna, the Coorg Wildlife Society filed a PIL and prevented a hydroelectric project in the Evergreen Hill forests of Kodagu that would have inundated large areas of the Brahmagiri Wildlife Sanctuary in Kodagu. He has also helped a local village community in halting a large stone quarrying unit close to the sanctuary.

He has campaigned for over seven years against a High Tension Power Line through Kodagu which would result in the destruction of more than 54,000 trees. Due to his efforts the power line was realigned and thousands of trees have been saved.

Work on the power line had caused disturbance to wild elephants in the area and had increased attacks by elephants. Col Muthanna was instrumental in compelling the Power Grid Corporation of India to provide Rupees six crore to the Forest Department for mitigation of Human Elephant Conflict.

These three reserves represent a contiguous landscape spread across 12,587 square kilometres and with a population of over 10,000 elephants. It is the largest population of Asian Elephants in the wild. The pressures on the habitat have manifested in serious escalation of Human Elephant Conflict in this region over the past two decades.

Col Muthanna has highlighted the need for a coordinated approach by the three states with directions from the Ministry of Environment and Forests at the Centre so that there is a comprehensive and long term plan that can be implemented. He is in discussion with the Karnataka Forest Department on this very important subject. He has emphasized in his note that improvement of habitat for elephants will benefit all forms of wildlife.

The three elephant reserves also represent important river catchments and watersheds of South India and protection of these forests is vital for the water security of the region.

He is also working on a policy document for protecting the Kodagu landscape, which is the principal catchment for the Cauvery River. The Cauvery is the life line for South India and sustains 8 crore people and over 600 major Industries.

Col Muthanna often states that protection of the Kodagu landscape is in the ‘National Interest’. However, his efforts have met strong and often vicious opposition from local politicians backed by the timber lobby and land mafia. Col Muthanna jokes that the thick hide that the Army has provided him is more valuable than his Army pension!

On behalf of the EHF, Col Muthanna has prepared a proposal termed as the HIMEK Alliance for Stabilization of Climate Change in the Himalayas and the Mekong Basin. The concept is to mitigate climate change through drastic reduction of Black Carbon emissions, which have a regional impact.

This is to be coupled with a massive program of Forest Land Restoration to regain the lost glory of the forests across the Himalayas and the Mekong basin. The proposal has obtained the approval of the International Union of Conservation of Nature and involves 11 countries including the Himalayan nations, Bangladesh and the countries of the Mekong Basin.

Through his coordination, a working group including resource persons from Bangladesh, Nepal, Thailand and India are working on the draft project document. The Rivers originating from the Himalayas and flowing through the Indian Subcontinent and Mekong Basin in South East Asia sustain one fifth of the world’s population. Therefore the HIMEK Alliance could be one of the largest regional initiatives on environment ever.

He is also in communication with the army on protecting the Himalayan ecology. The army is a major stake holder in the Himalayas and he has written an article on this subject which was published in the 2015 July to September edition of the Indian Defence Review. He has also prepared a draft document on Food, Water and Economic Security for India, based on the concept of sustainable development by zoning the country and protecting important catchment areas and food producing regions in India.

The snow fed rivers of the Himalayas sustain over one fifth of the human population. Col Muthanna stresses on the point that it is, therefore, a matter of deep concern to the entire global community and to the people of South Asia particularly that the Himalayan environment is under serious threat due to the effects of climate change. Lester Brown of the World Watch Institute in USA says that due to the effects of global warming, the pattern of precipitation in the Himalayas and the regions contiguous to the Himalayas will undergo a more drastic change in the years to come.

There is agreement that effective reduction of Short Life Climate Forces will enable the temperatures in these principal eco-regions to stabilize over a short period of time and supplement the on-going international agreements and action programs for long term reduction of CO2 levels.

The urgency of the situation has been highlighted by statements from climate scientists who say that the 'tipping point' may be a mere five years away. The formation of the HIMEK Alliance comes at an urgent time where the effects of climate change are critical and cannot wait.

We all have a duty to spread the word to Go Green! Dare to be a force of Nature. Each and every one of us has the power to make a difference.

~ Let us join hands to Save the Earth for future generations ~